"The herald of the Stormhosts, an avenging angel clutching a glittering starblade that can carve a swathe through the hardiest of foes, the Knight-Azyros wields another, far more potent weapon. He carries a celestial beacon, a lantern radiating the searing light of the heavens, a light that falls upon the forces of Chaos as a sea of torment far more painful than those twisted agonies the Dark Gods gleefully conceive. Wherever this light shines, so might Sigmar cast his divine bolts more easily - the Knight-Azyros is the tip of the spear, bringing glorious illumination to those places thought lost to infinite corruption"

My Knight-Azyros is a little different.

The Azyrocopter II was inspired by a game I had at  Call to Glory 2019 (Cancon) against a fellow Free Peoples player and creator of the original Azyrocopter, Danny Carroll. Danny had a beautiful Freeguild army and I enjoyed the game so much that I wanted remember it by creating my own Azyrocopter to pay homage.

I have also painted up the original model in the colours of the Hallowed Knights (my favourite Stormhost) so as to use in games where my opponent may not appreciate the Azyrocopter as a proxy.

This is where he shines (pun intended).

Illuminator of the Lost - You can re-roll hit rolls of 1 for attacks made by friendly units that target enemy units while the enemy is within 10" of this model.

This is where the Knight-Azyros is worth his weight in gold at 100 points. He makes all your basic Free Peoples better with the re-roll 1's - Greatswords, Handgunners, your Griffon's and even basic become so much more consistent in their attacks. Buff up some of these troops where they are 2+ hit re-rolling 1's and you get some nasty outcomes.

Light of Sigmar - Once per battle, in your hero phase, this model can use it's celestial beacon. If it does so, each enemy unit within 8" of this model suffers D3 mortal wounds. Chaos units with 8" suffer D6 mortal wounds instead.

Whilst only once per battle, this is a serious deterrent to enemies getting close to the Azyros, especially Chaos plebs. Keeping the Azyros next to a large unit or a General on Griffon and closing with this winged angel becomes and ominous proposition. 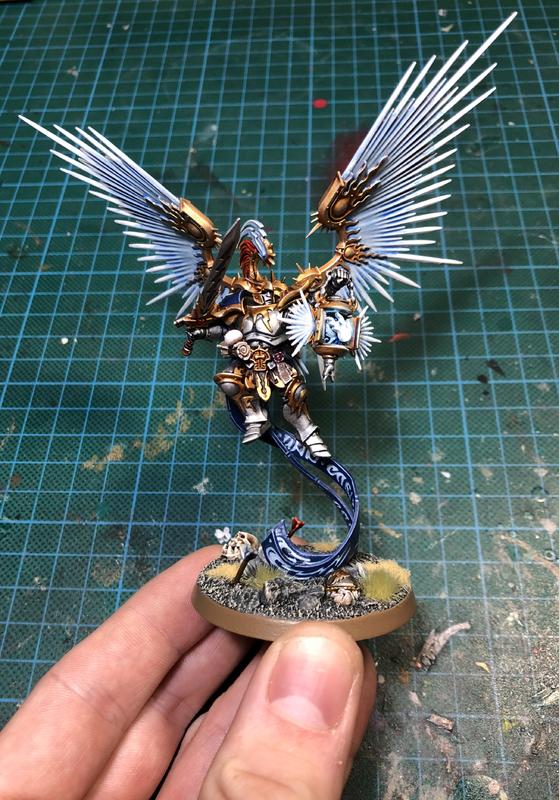 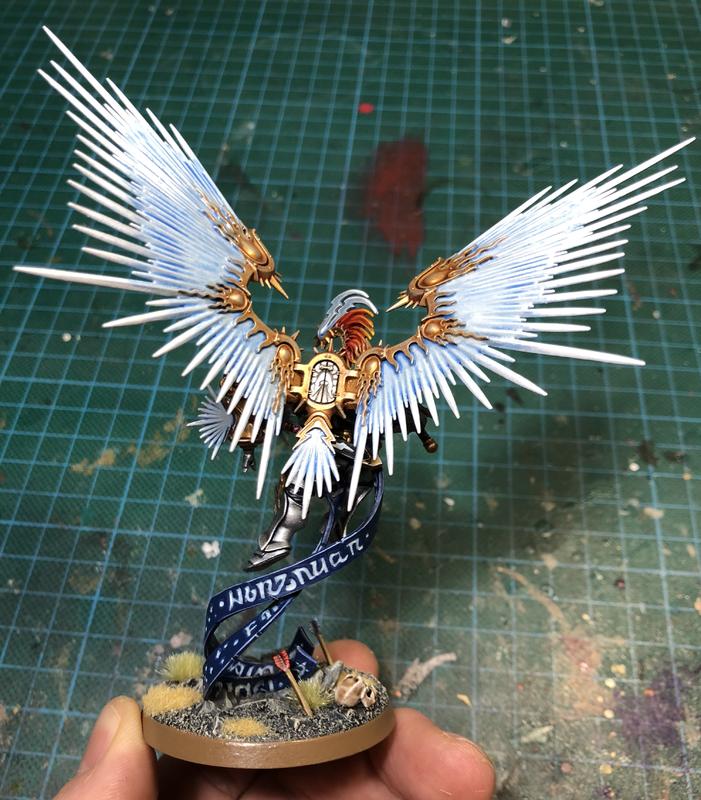 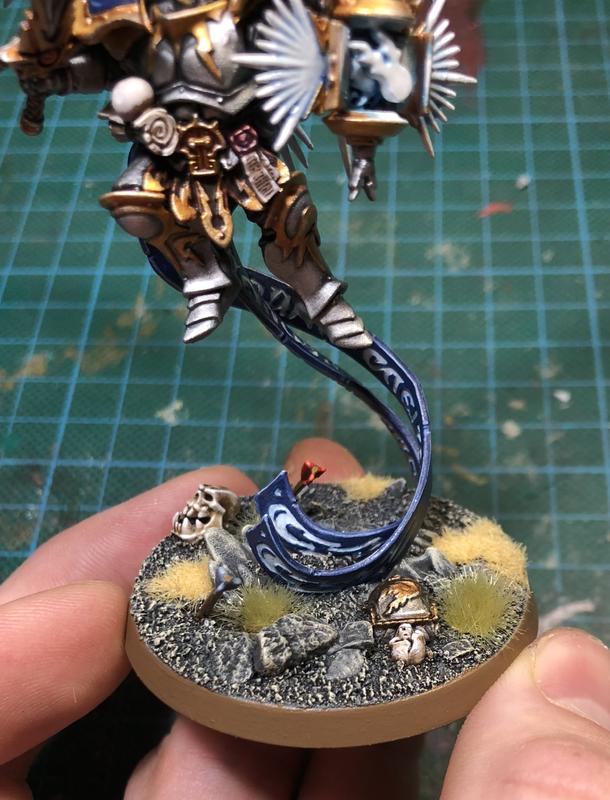 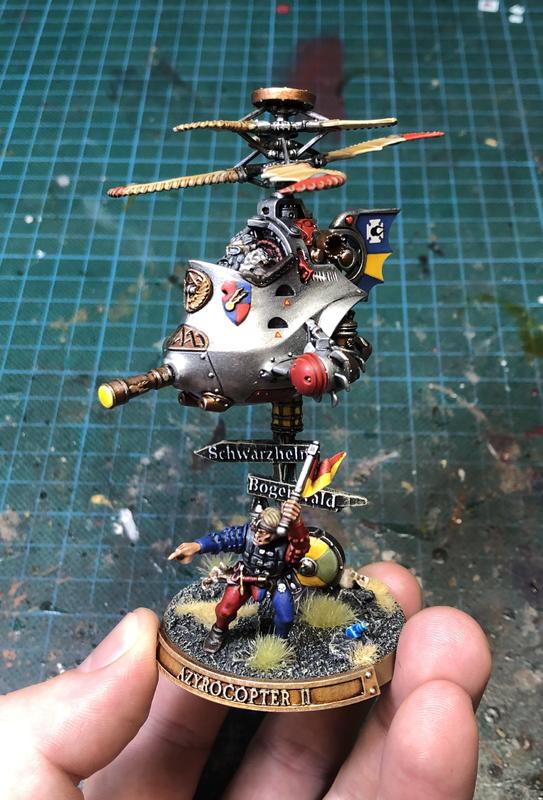 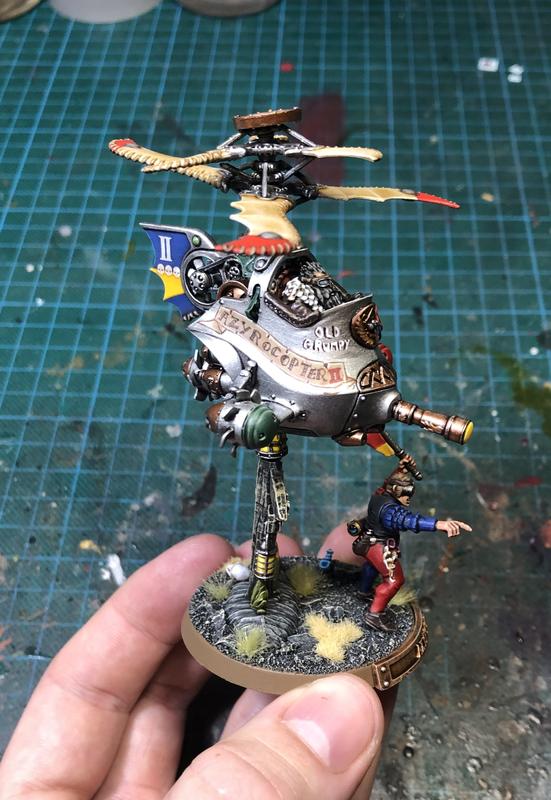 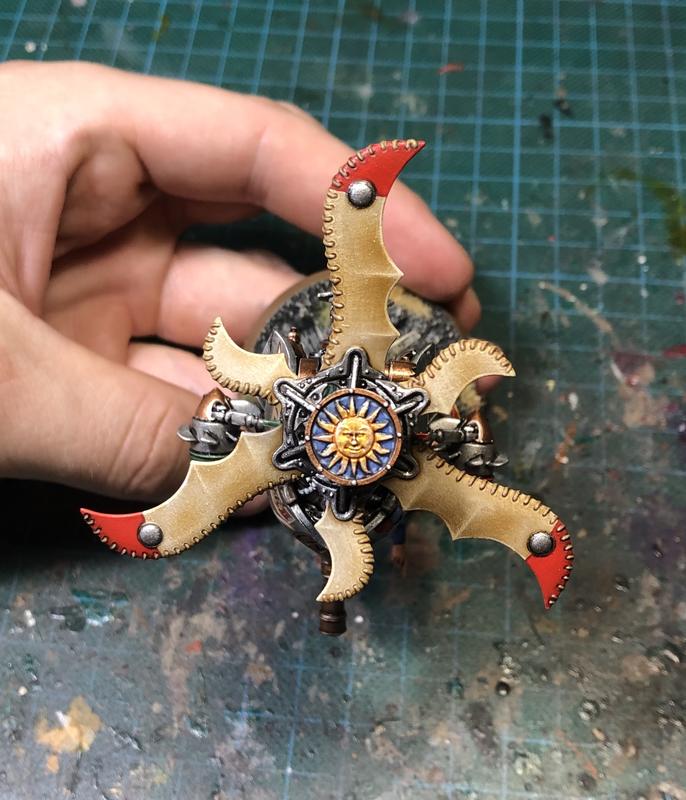