"The Mountain Guard are the elite forces of Averland who guard Black Fire Pass. They are the cream of the Averland forces and include regular troops, Halflings, as well as a special unit of trappers and rangers. They are often the first forces to intercept invading armies and as such commonly take high casualties. They are successful at their job of patrolling the pass, although it is difficult to patrol such long piece of road"

Do you want an unit full of German William Wallace's?

The Freeguild Greatswords are the elite infantry of the Free Peoples, wielding giant Zweihanders into battle, they are staunch defenders of the realms of men and veterans of hundreds of battles.

Their attack profile is pretty solid, 2 attacks, 4+ hit, 3+ wound, -1 rend and 1 damage each. Not bad really, it's something to work with in the realms of all the buffs the Free Peoples have access to.

The Guild Champion (unit Sergeant) gets 3 attacks instead of 2.

The Hornblower - Like the Freeguild Guard this creative gentlemen allows your unit to counter-charge after your opponent has moved all of his charging units so long as no enemy models are within 3" of this unit. The counter-charge is a charge based on a D6. Not great, but you will be surprised by the amount of times you can actually get this off (as it overlaps with the Free Peoples Great Company support ability).

Oathsworn Honour Guard - If a unit of Freeguild Greatswords is within 14" of a Free Peoples Hero from your army when they attack, you can add 1 to all of their hit rolls.

Only one ability for these mustachio twirling gents. You will rarely move these guys outside of 14" of a Freeguild General (Foot, Horse or Griffon variant). These guys are bodyguards for your General, this ability merely confirms it. As long as you remain within range of your Freeguild General this will bring your guys to a nice to 3+/3+ on their attacks, pretty tasty. 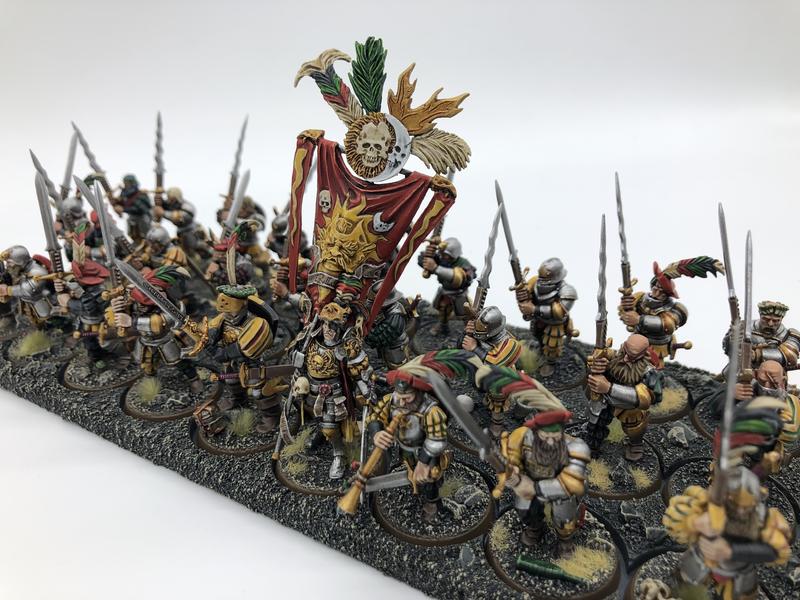 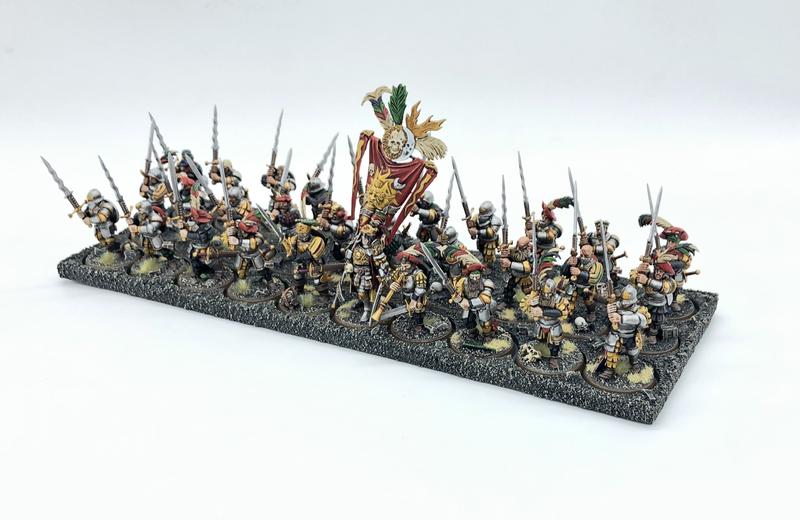 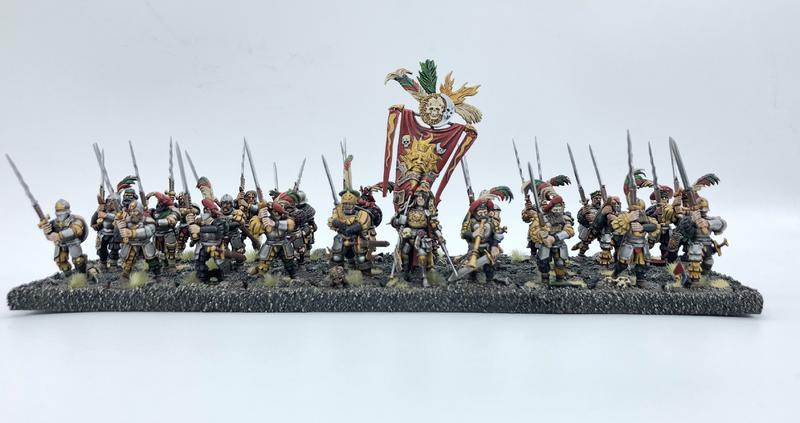 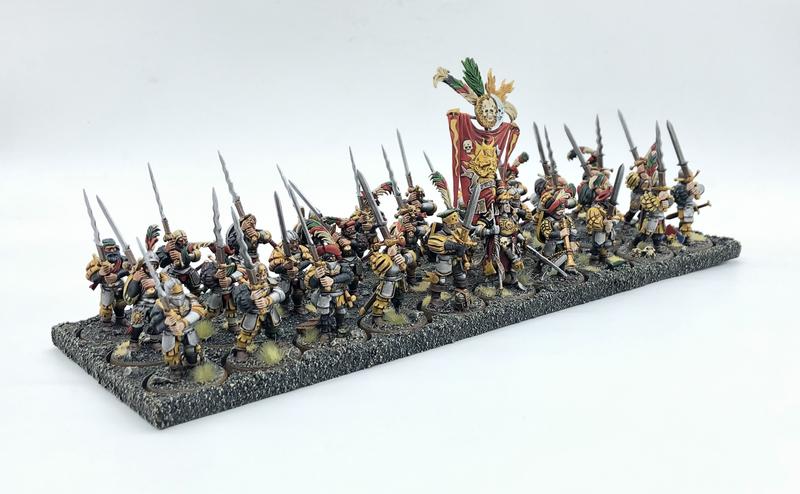 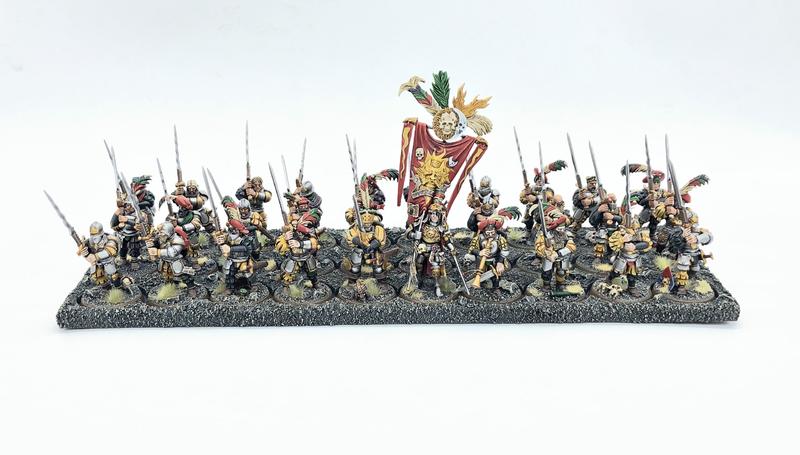 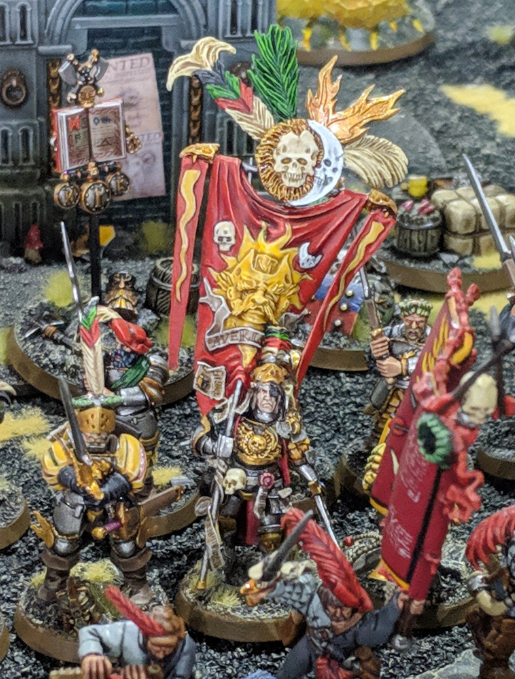