It has been far far too long since I updated here. There have been some excellent releases recently that have reignited interest in painting. The main theory was that the two Warhammer Quest boxes provide a fairly varied starter set for a small Arcanite force and shouldn't need too much adding to bulk it out a bit more. Anyone that has had the misfortune of reading my threads over on Dakka know that I have lots of ideas and only occasionally get around to fulfilling them all as I'm very easily distracted... so hopefully you can keep me on track with some semi regular posts.

I've been experimenting with colours for the Arcanites and the theme appears to have evolved into a combined Chaos force (Tzeentch/Khorne) under the command of a demon known only as the King in Yellow. No-one (least of all me) is quite sure how he has persuaded these two groups to join forces. I have plans for the King, but won't go into them here and now as they need a bit more fleshing out. 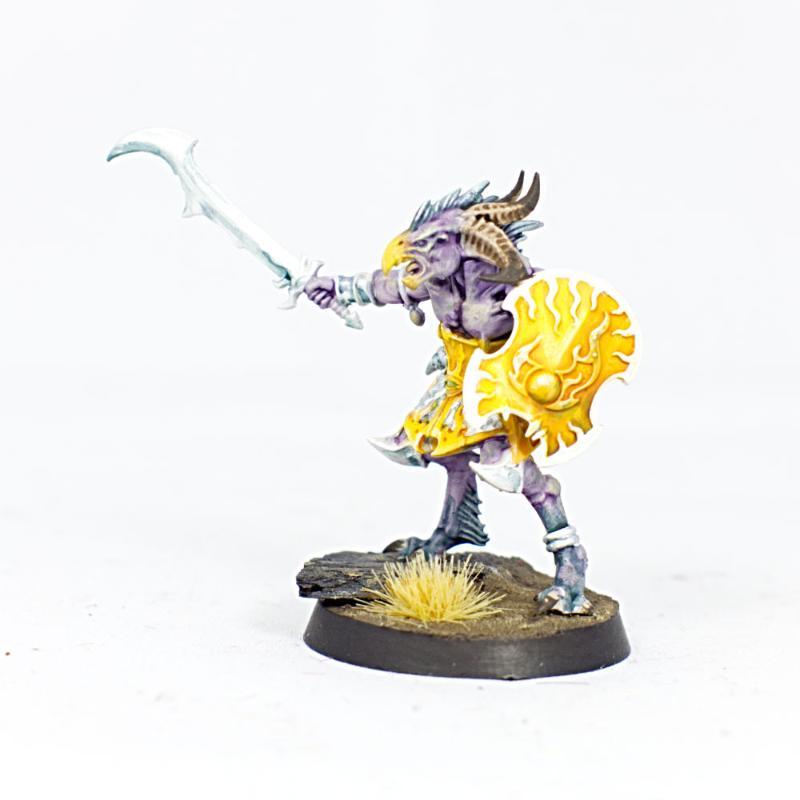 For the Khorne forces, I've started putting paint to the Gorechosen figures. The yellow of these is actually what started the whole King in Yellow theme. I know there are a couple of other yellow Bloodbound forces on here and really liked the very different take on Khorne, so thought I'd give it a try on one 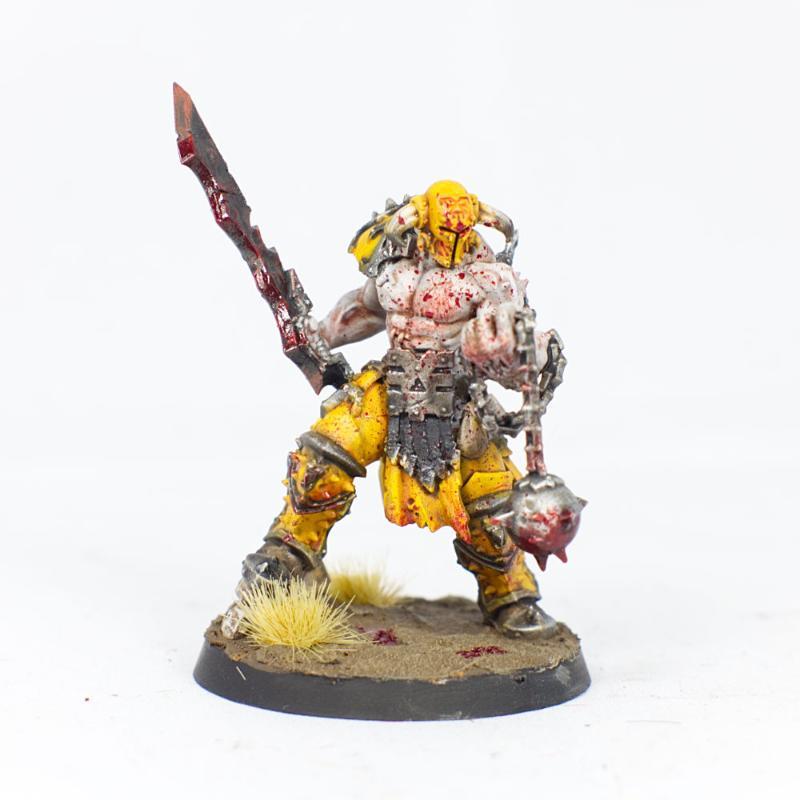 Once he was complete, I needed to find some way to tie him into any other Chaos forces that I did. The Khornate forces are now amore orangey yellow, grey skin tones, black and steel; Tzeentch is a more lemonn-y yellow, purple/blue/turquoise and silver. With those rules now set, I attacked the next most common Slaughterpriest to see if it still flowed through. 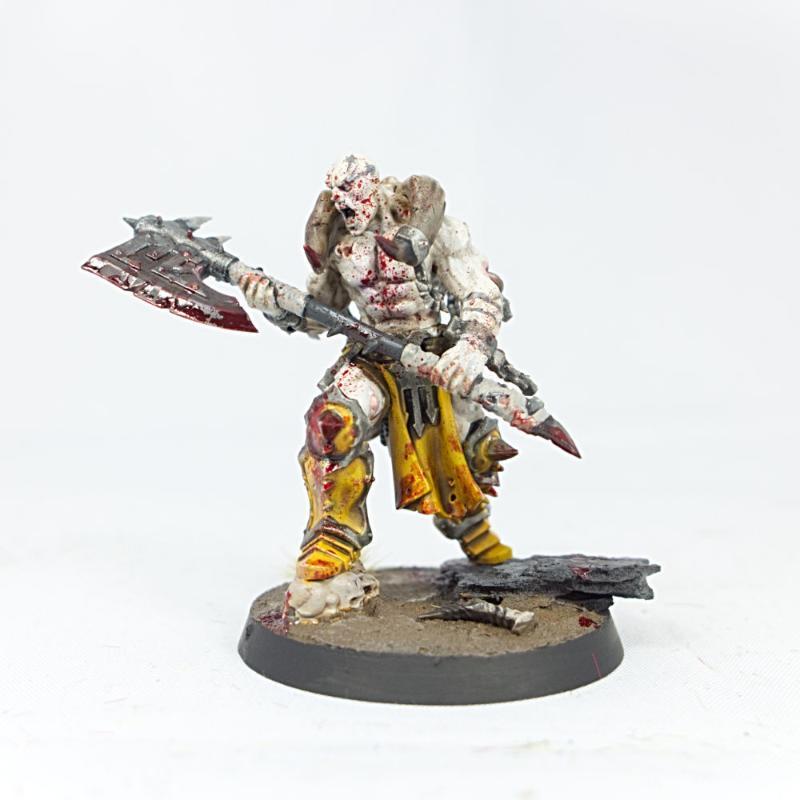 So, do you think it works?