Clan Prepnik is a Skaven clan farming enormous fields of black corn and stockpiling tremendous food supplies in prevision of the Black Hunger that they intend to spread throughout the Mortal Realm for Skaven and weaklings alike. The cult is led by Bouldrak, a persuasive and megalomaniac Grey Seer completely terrified of starvation. Would you dare challenge Clan Prepnik to try taking over their great treasure?

This blog is dedicated to my Skaven clan. Please excuse me in advance for the language errors, as I am not a native speaker. I am French but I will do my best to share my clan tales in English. I intend to combine fluff, hobby and play in this blog with stories, pictures of my models, battle reports and list building. I warmly welcome any feedback and hope you enjoy the read.

The story of Clan Prepnik originates from the one of Grey Seer Bouldrak, its chieftain. A long time ago, Bouldrak was imprisoned by his sneaky-treacherous acolyte, and consumed with a powerful spell of Black Hunger. For weeks, Bouldrak was left with nothing but his basest instincts, devoured by a terrible need to feed. But he resisted. “Bouldrak is destined to great success, yes-yes. A confident of the Horned Rat cannot starve like a weak-foul skavenslave! No starving anymore, never-never”, he swore. The fear of hunger was born, and it led Bouldrak ever since. 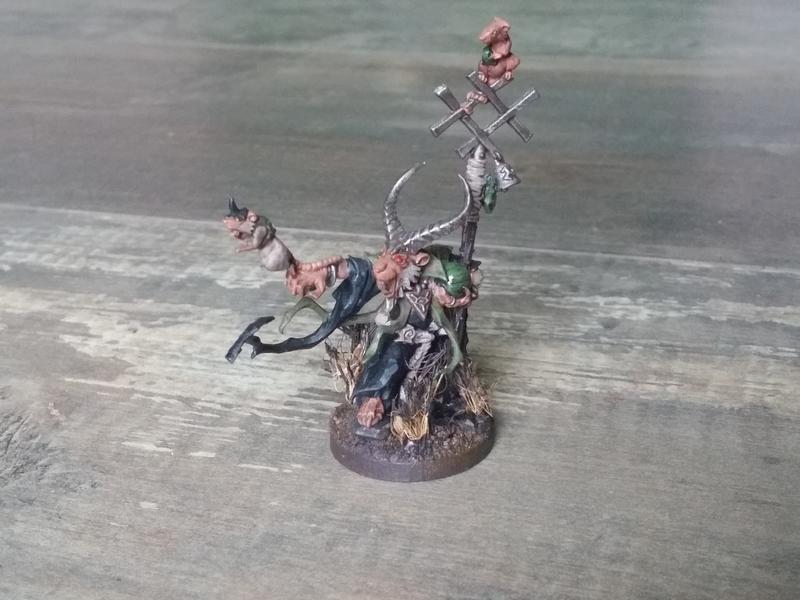 The birth of Clan Prepnik

Once Bouldrak escaped his prison and exterminated his treacherous acolyte, he began to build the largest and greatest food supplies of Skavendom. There will be so much food in this reserve, he thought, that all Skaven, Human-things, Dwarf-things and other weaklings will swear allegiance to him once the Black Hunger strikes all. They will have no choice but to beg Bouldrak or die of starvation.

Bouldrak recruited dozens of gullible and starving Skavens of the streets of Blight City and they all fled for Aqshy, the Realm of Fire. This was the perfect place to build a secret stockpile. Nobody would suspect Skaven farming on some arid aqshian land, he thought. Clan Prepnik was born.

Thanks to the devoted clanrats and the dangerous power of warpstone, Clan Prepnik managed to farm black corn on Aqshy to a very successful and profitable extent. The supplies grew exponentially, along with the clan population. Aside from farming, Clan Prepnik further increases its supplies through raids, extortion, blackmail and trade in Aqshy and elsewhere. The resources allowed to build a fortified place to keep all this food safe.

The organisation of Clan Prepnik

Clan Prepnik lives off its tremendous amount of food. Some is traded for warpstone, weapons, resources, machines, slaves and beasts. Most of the supplies comes from black corn farming, which no other Skaven clan masters more than Clan Prepnik.

The black corn is kept in gigantic silos guarded by the Grainkeepers, elite stormvermins completely consumed by fear of the black hunger. Bouldrak prematurely expose them to the same treatment he has received: being imprisoned with a spell of black hunger until they either die or escape loyal to Bouldrak. They are no Skaven more loyal to him than the Grainkeepers, and they are thus the ones who are trusted (more or less) to guard the supplies. The leader of the Grainkeepers is Clawlord Snut Grainsplitter. The legend tells he can split a black corn grain in the air. 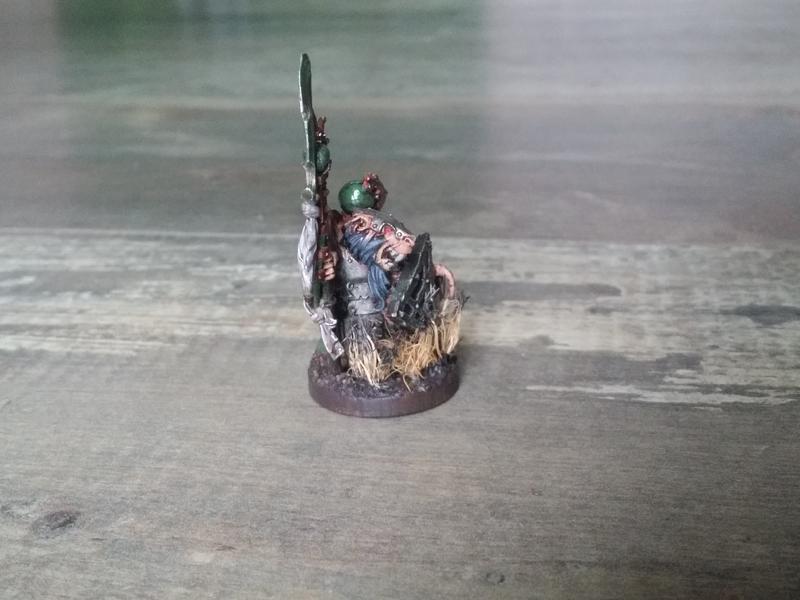 The silos are often the target of great envy, including among some low rats of Clan Prepnik who do not always understand why food must be kept safe rather than eaten quick-now. If a thief were to be caught stealing from the silos after having avoided the Grainkeepers, Clawlord Snut Grainsplitter, Grey Seer Bouldrak (who lives in the silos) and the various traps, he would be condemned to die of starvation in the very silos of his envy.

Bouldrak monitors the population of Clan Prepnik very closely. With this much food, it would be easy to expand to a very large number of Skaven, and this is sometimes done before battle to provision for the dead to come. Yet having too many members would put the food supplies on stress and run the risk of not having enough food in reserve. The members of Clan Prepnik are given just the food they need, served as some sort of foul black porridge. Females are genetically bred to have small litters, and carefully monitored by experienced Packmasters and Bouldrak himself. When the population gets too high, a certain number of clanrats are imprisoned and left starving together, until one Skaven emerges as the sole survivor and gets promoted to Clawleader. 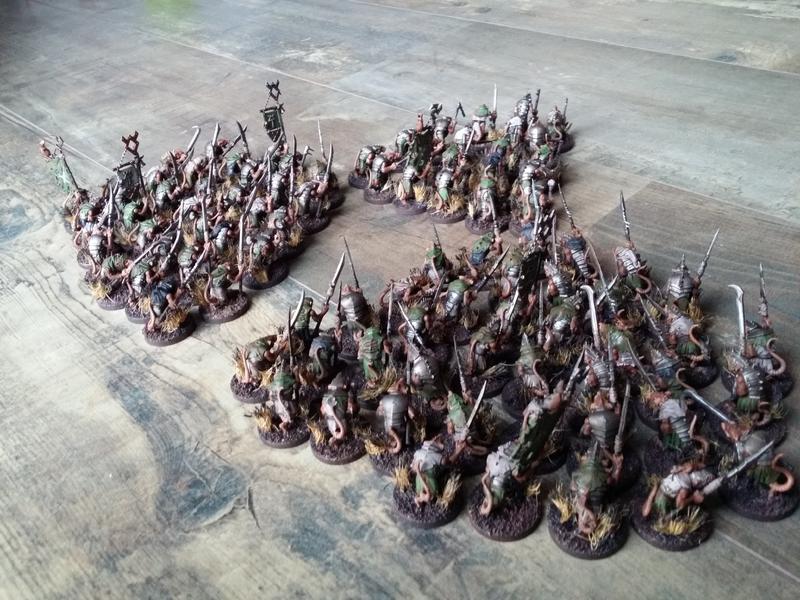 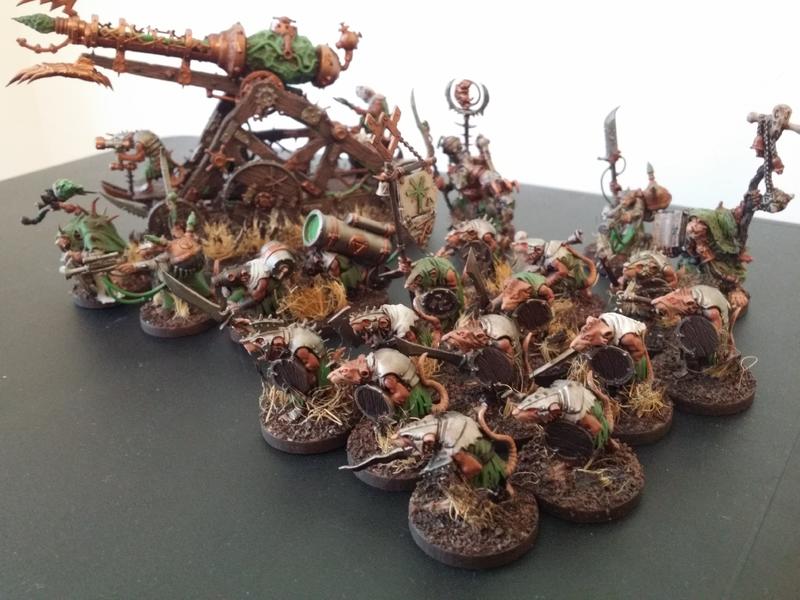 The banner and rune of Clan Prepnik 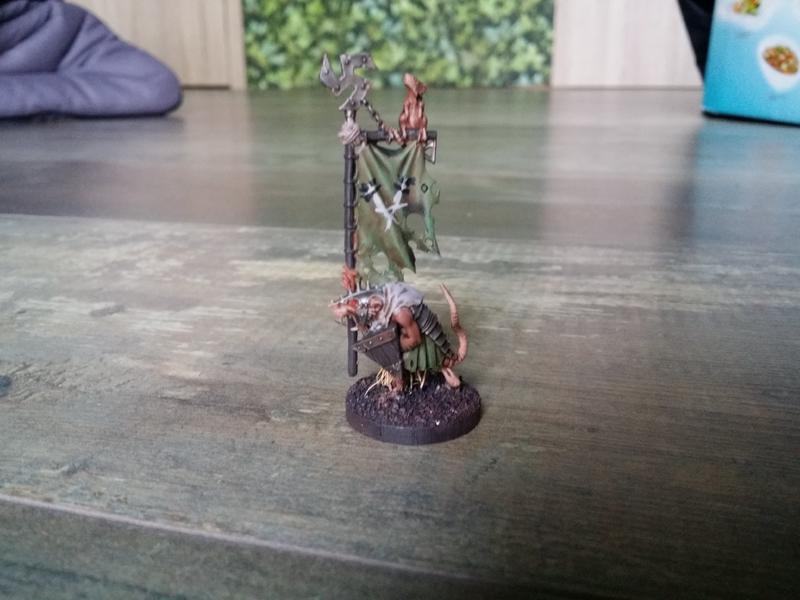 When clanrats are not at war, they endlessly toil in the black corn fields. The manual labour is eased to some extent by the machines and foul brewages of Clan Skryre. Arch-Warlock Deerik supervises these unholy inventions to the greatest yet suspicious satisfaction of Bouldrak. Warpfire Throwers burn what is left to burn on Aqshy to make space for the crops. Gas-masked rats known as the Cornraisers throw globes of foul warpstone-infused pesticide all around to kill whatever or whoever wants to stop the never-ending cycle of black corn. Curiously, the life expectancy of clanrats toiling the fields is quite low, even to Skaven standards... 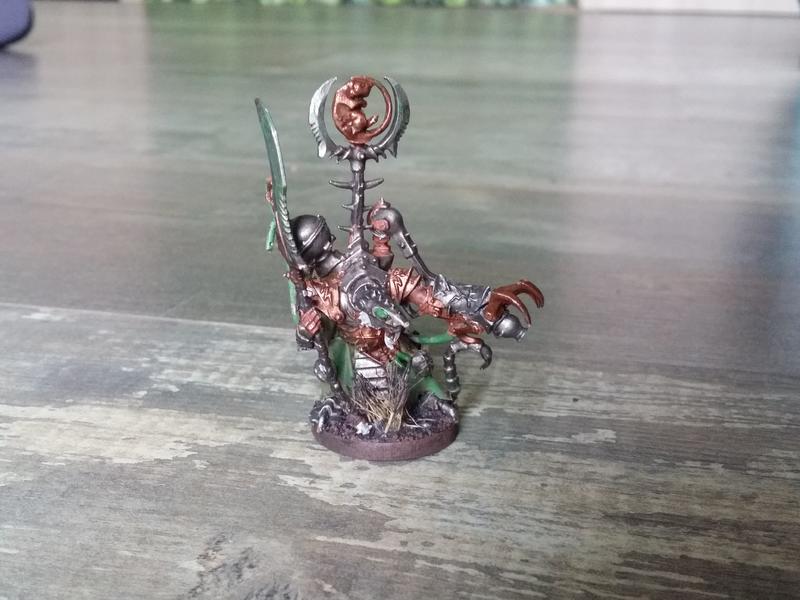 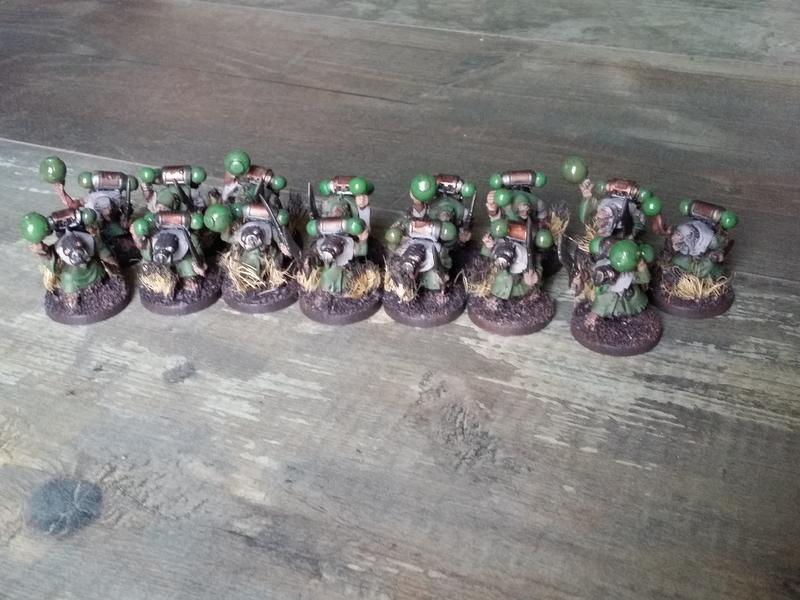 Clan Moulder provides Clan Prepnik with huge beasts to run enormous mills. When they are not a war either, Rat Ogors and Stormfiends push millstones in circle all day and night to transform black corn into some sort of dark flour used in ignoble preparations. 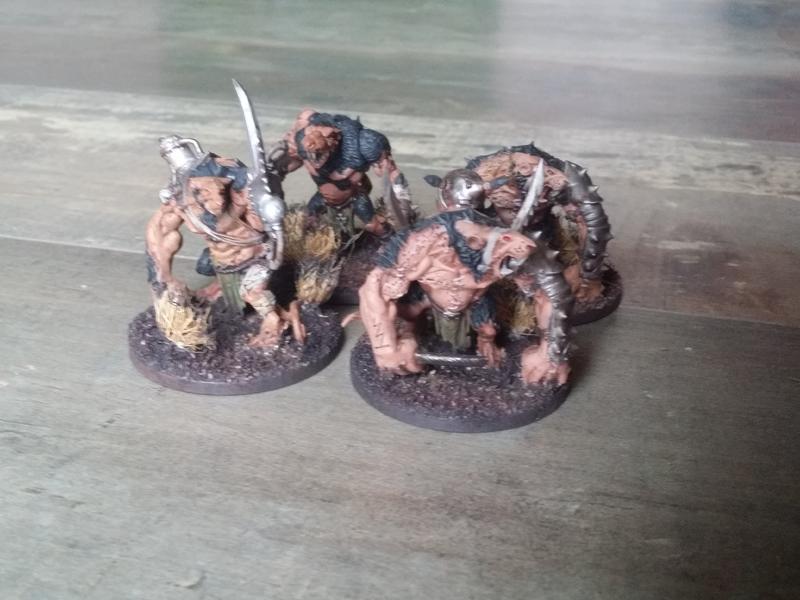 Bouldrak is currently considering involving Clan Pestilens and Clan Eshin to begin his masterplan of spreading Black Hunder throughout Aqhsy and the Mortal Realms. Gnawholes are being pierced throughout the Mortal Realms as you read this story. Perhaps one has even appeared in your backyard while you were asleep...

<To be continued on this blog>