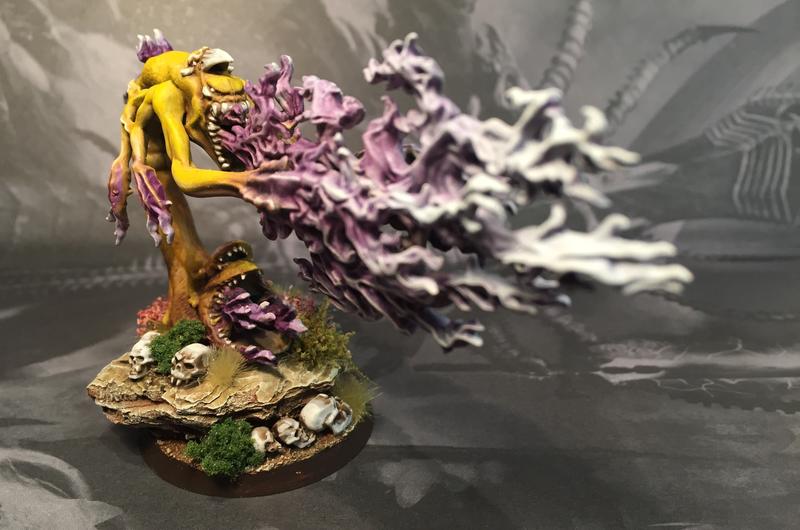 I bought a bunch of Tzeentch models from a friend of mine a few months ago, and three of the models were Exalted Flamers. I have sprayed and undercoated the thereof them about nine times so far, and I have not been able to find a scheme or style that I like. The models have a lot of flat detail that doesn't wash well and is tricky to dry brush too. I tried fades from bottom to top of similar colours, colours that contrast, and different tones of the same colour. None of these particularly inspired me, or if they did I found it hard to get a good highlight or shade onto the model. In the end I went with a contrast from a light brown to yellow. I then used purple as the contrast colour for the flames - no particularly inspiring, but it works well. I did the flames all with washes and then quickly highlighted the tops with a white. 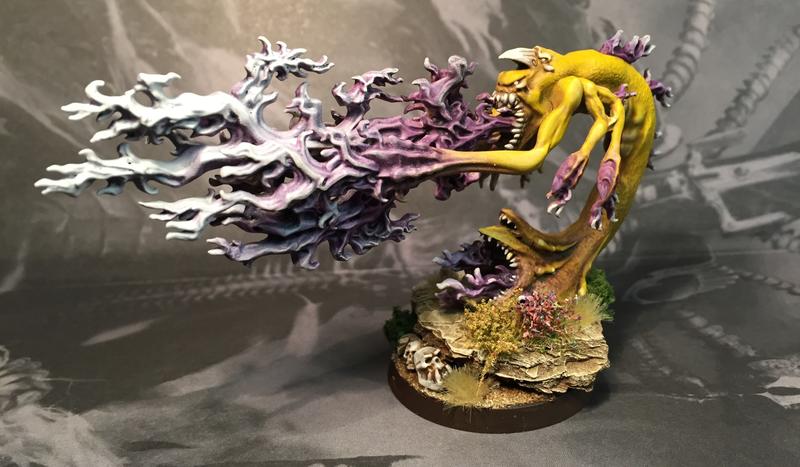 I really wanted the model finished and in the end I just called it done as I didn't want to continue working on a model I wasn't enjoying. It will look fine in my Tzeentch force, but I really didn't enjoy the sculpt or the painting experience. The pale yellow highlights were easy to bring back using the Lamentors yellow glaze, which I really like for working on yellow. Because I didn't enjoy the model I didn't spend much time picking out details like teeth and more on the flames. I'm not sure spending time on the flames would really make much difference, and I think it would be annoying to try and layer them up.

I wonder if I had put the model together there might have been a way to keep the flames separate which may have allowed me to do a better job. This may have made the painting experience better too.

I think the two spare flamers may find their way onto ebay in the near future! 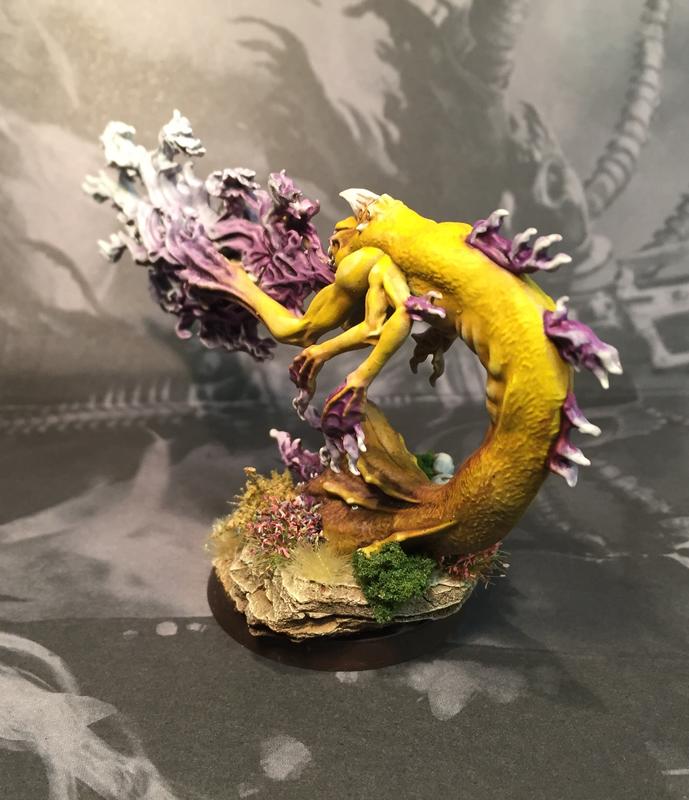