Multiple save roll from "protection of the dark gods" ( chaos warshrine )

Does  chaos warshrine protection stack? Can i bring 3 and have 3x 6+ sv?
I already asked this in STD thread but due to conflicting answers i want to bring it to the wider audience. 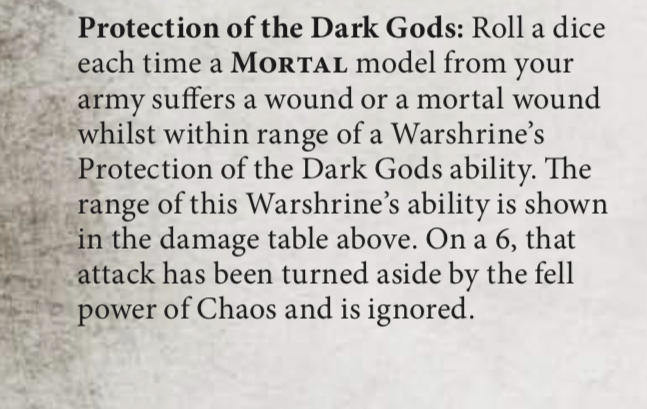