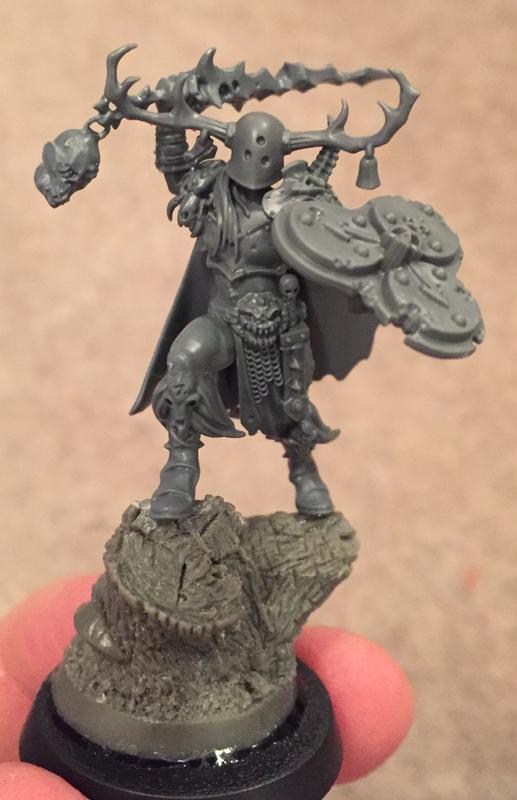 I received a Darkoath Warqueen model for my birthday that I want to finish for the Malign Portents painting competition. I decided to try and convert her up a little so that she could lead my Nurgle Slaves to Darkness force. I didn't want to do a really extensive conversion so I did some relatively simple weapon and head swaps. The head was from the Blight King box. The helmet is quite small and if you leave the head off the war queen and cut away the little top knot she has the helmet fitted perfectly over the top of the skull. The helmet looks big, but I think its actually a realistic size - I think a lot of the models with helmets actually look too small, and if the model doesn't have other armour then the helmet should look larger - imagine wearing a motorcycle helmet without any other gear on; it would look very oversized. 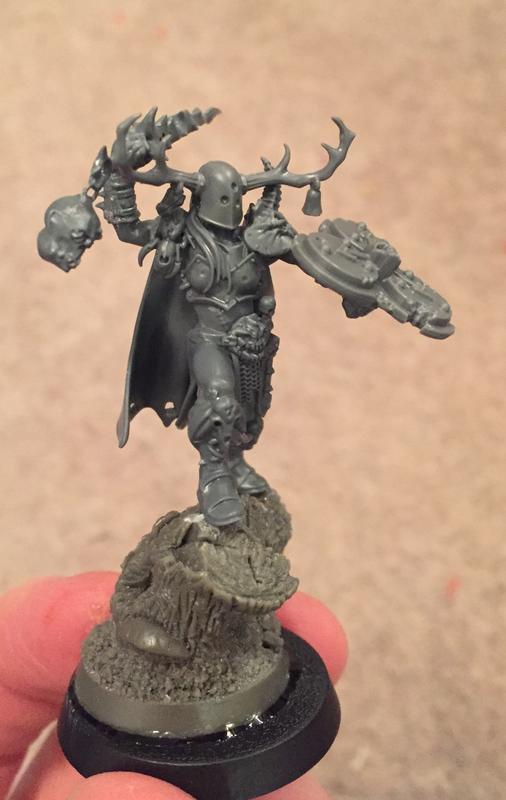 The weapon swap was easy - I cut away the hand at the wrist and replaced it with a Plaguebearer sword. Because the cut was flat I just used plastic glue to secure it in place. The war queens shield required a bit more work. I had to cut around the shield arm, trim between the straps and then slice off the front of the shield to leave a flat area where the new shield could go. I chose a Rotbringer shield with a distinctive Nurgle design and clipped of the arm on the back and scraped and sanded it flat, and then just secured it with plastic glue again. 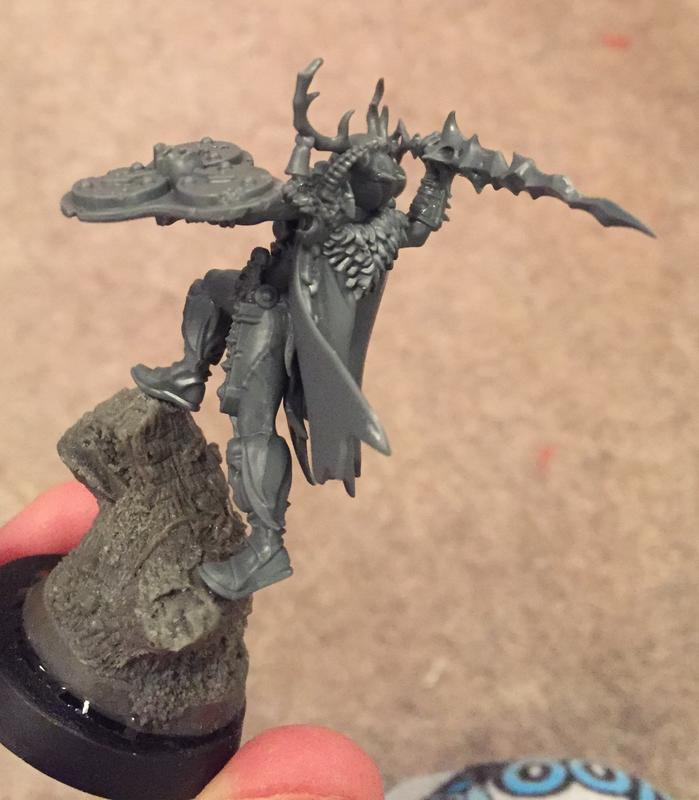 I used superglue to glue her to the tree stump, and secured the tree stump to a 32mm base with superglue. All I need to do now is build up the base with some filler and drop a rock or two on, then she should be ready to undercoat. 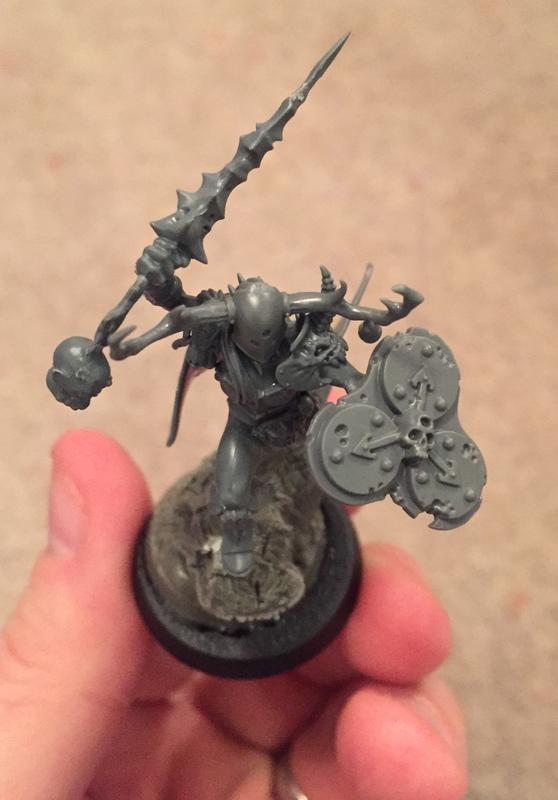