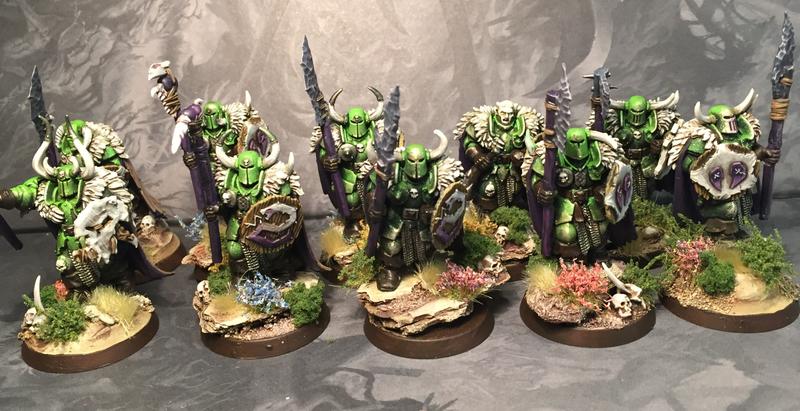 These guys are quite fun to do. I have 20 now, and another ten that are base coated. The shields and weapons are taken from the Bonesplitterz kits.

Armor is just a couple of green spray paints and then chipped with silver paint and a sponge. I tend to just paint the rest of the models as quick as possible. The warrior models are old, but they have a certain chaotic charm to them, especially with halberds rather than hand weapons.