A while back, before I decided that warhammer wasn't the game for me anymore (some point after 7th was released). I decided that I wanted to make a small force of skaven with a pirate theme.
and given the way that my younger self was, I would collect the miniatures, then flit from project to project without really starting anything or seeing it through.
so I moved on to mordheim, then got my heroquest figures mostly painted, then my AHQ figures (which I still have a bunch to finish)
and the pirates got put on the back burner for the better part of a decade.
then Age of Sigmar was released, and I've been reinspired. 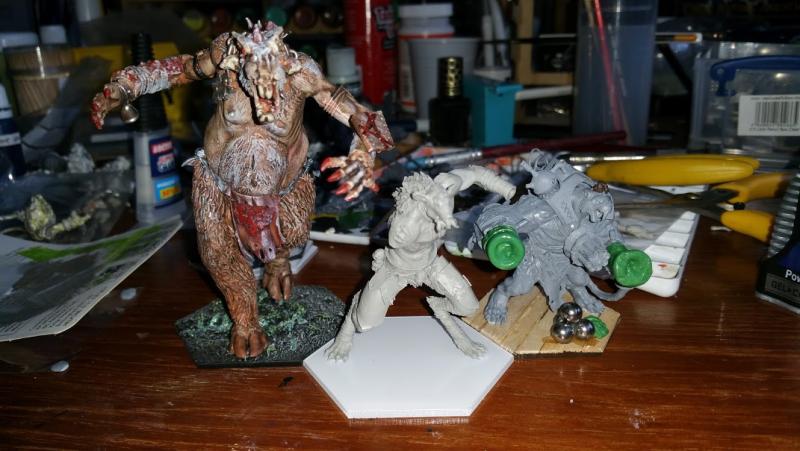 I actually managed to get my giant rat ogre painted (use as either chaos giant, or hell pit abomination)
a friend of mine bought me some storm fiends, the first of which has been converted with a pair of "broadsiders" 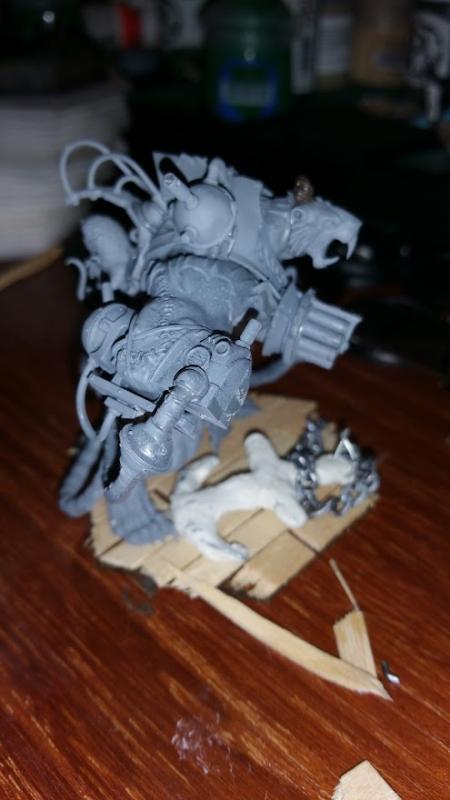 The first miniature who really got rescued from the lead mountain for this project specifically, was my captain. 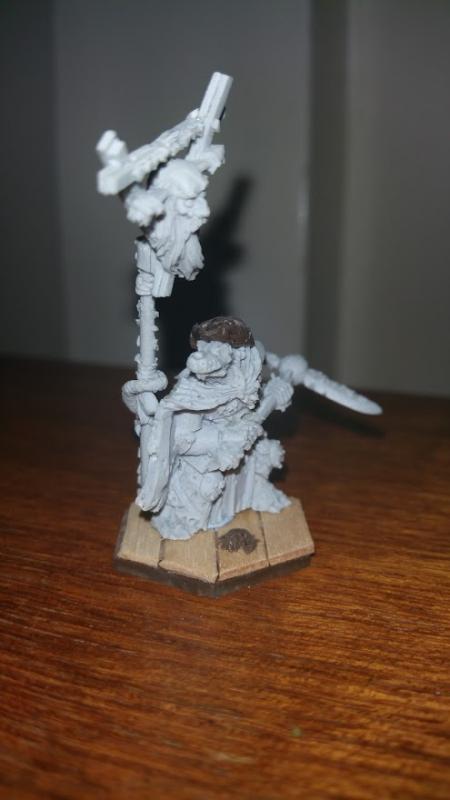 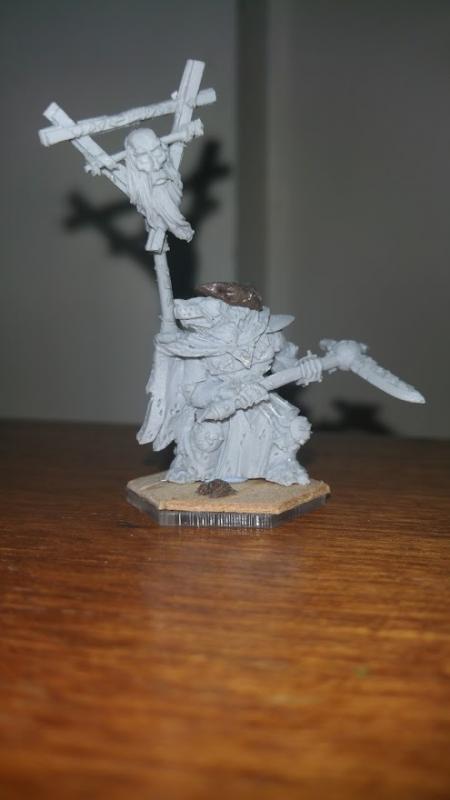 it was at that point, that I decided I needed to pick a clan, and firm up the theme a bit.
I felt it stood to reason that a seafairing clan like clan Skurvey would be in essence, the clan Skyre of the Sea.
and Sleekit would be more akin to clan moulder. as much as I relish the idea of giant mutant crabs as hellpit abomonations, I kind of felt the warmachine angle would give it a more cohesive feel.
so with this in mind, my doomflayer was painted. 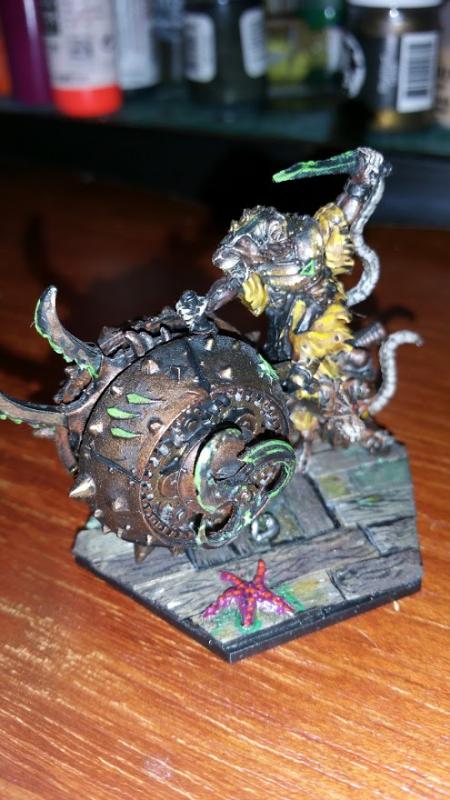 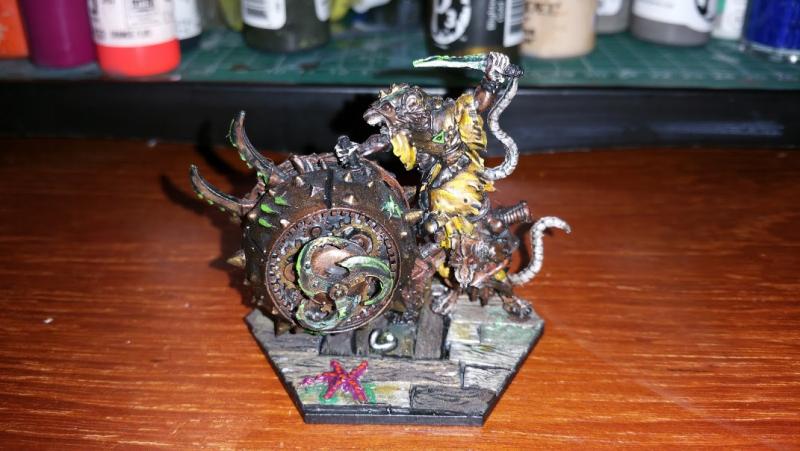 I wasn't a big fan of the miniature, so I pretty much used it as a test piece, I wasn't disappointed with the results either. 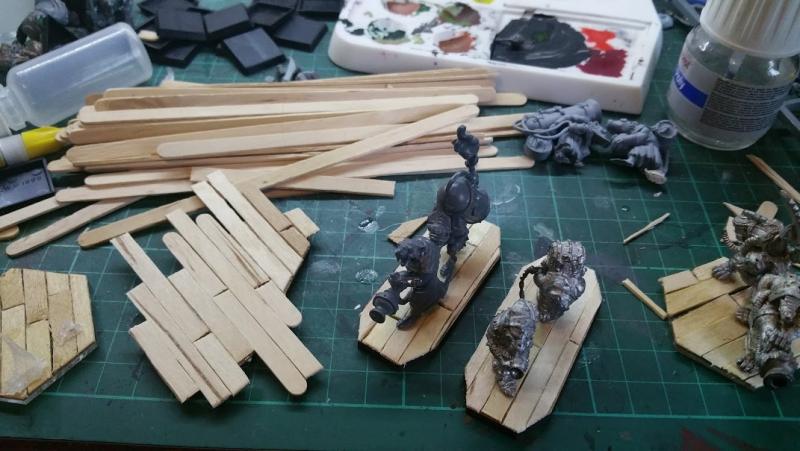 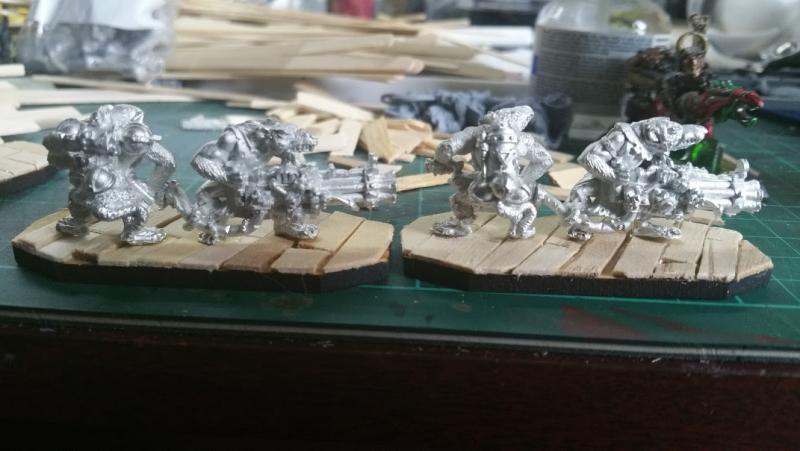 despite the fact I only have a handful of models painted for this force currently, I felt I couldn't really get away with not having a ship.
and a stroke of luck find in a charity shop means I now have one (I think it's an old playmobil one, but it cost a couple of quid, so I'm not complaining) 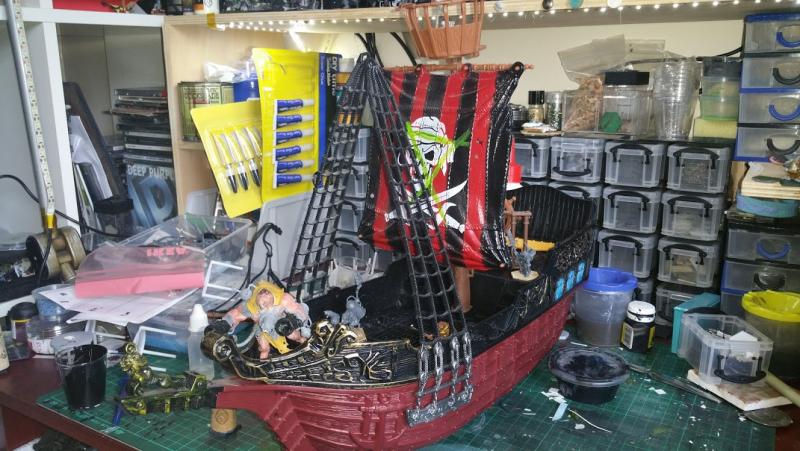 after I stripped down the decks a bit, and removed that cat figurehead, I gave my lustrian pestilens force a test run in there. 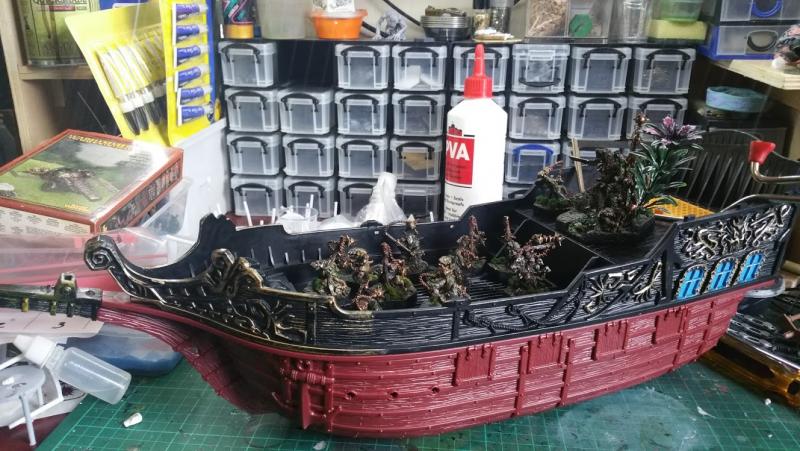 if I can get a suitably sized ships wheel, I'll be laughing. but for now, the whole thing is having a bit of a restructure 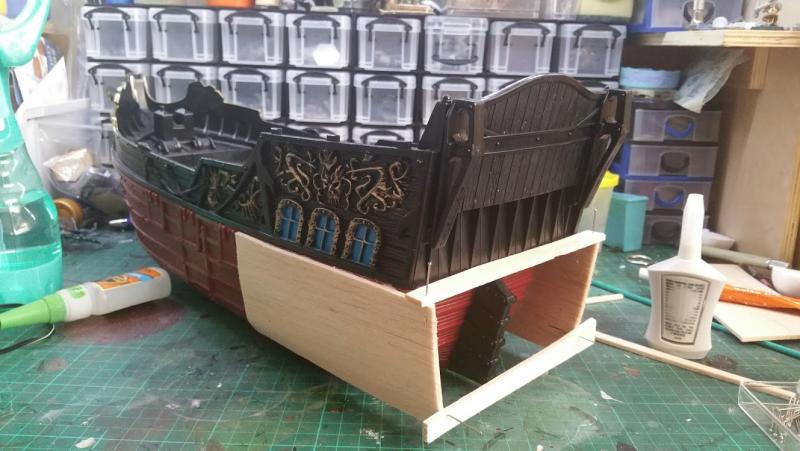 I have to note, I have no idea what I am aiming for here, but I also had the thought that I may not get too many nautical battles going with AoS, and even with a charming centerpiece like this, I would be better to give it more versatility, so my plan is to make it an amphibious ship, land and sea. rolling up a beach and through whatever lies ahead. 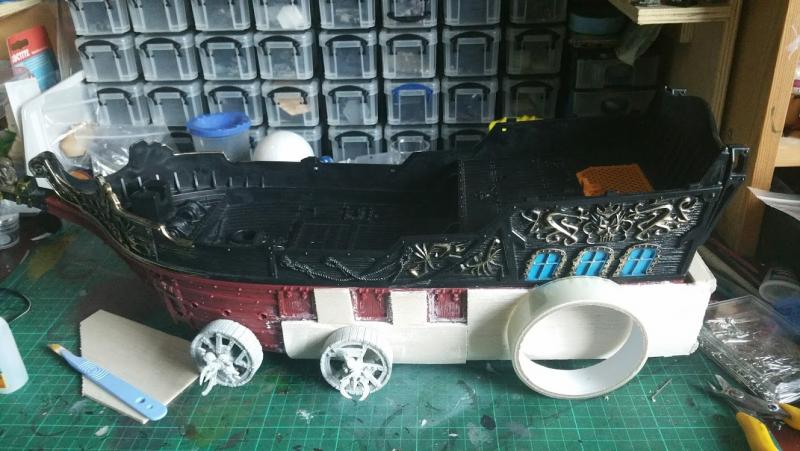 Still plenty of structure work to do, but I tried a couple of doomwheel wheels for size, I think I have settled on getting some laser cut to size now.
I wonder how this will stack up next to an empire land ship. 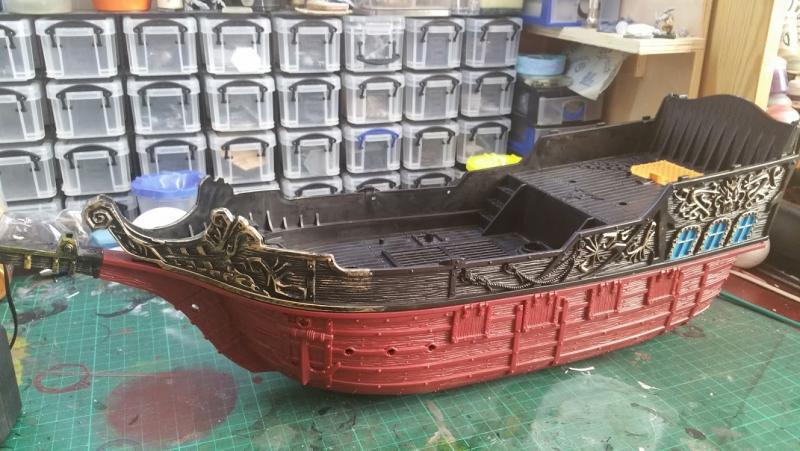 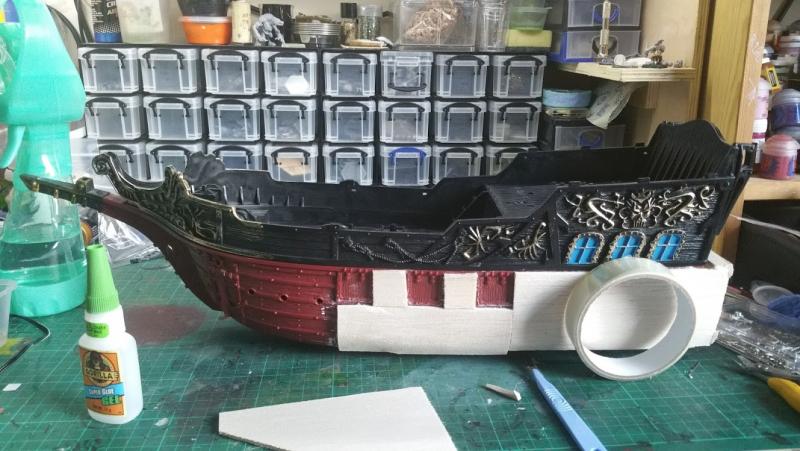 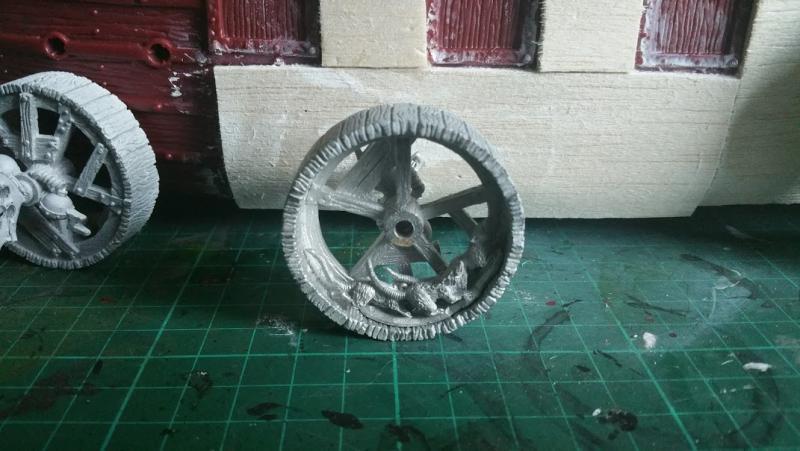 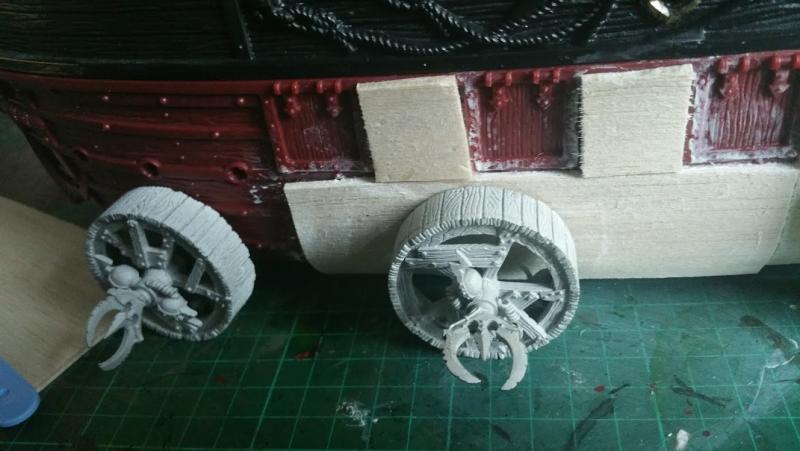 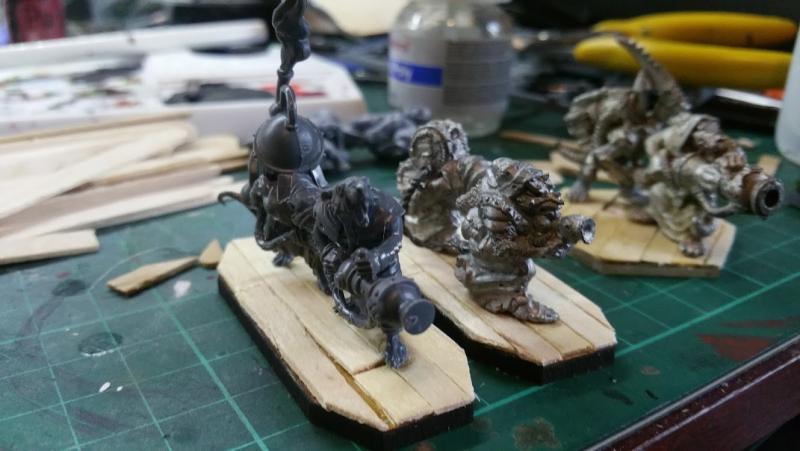 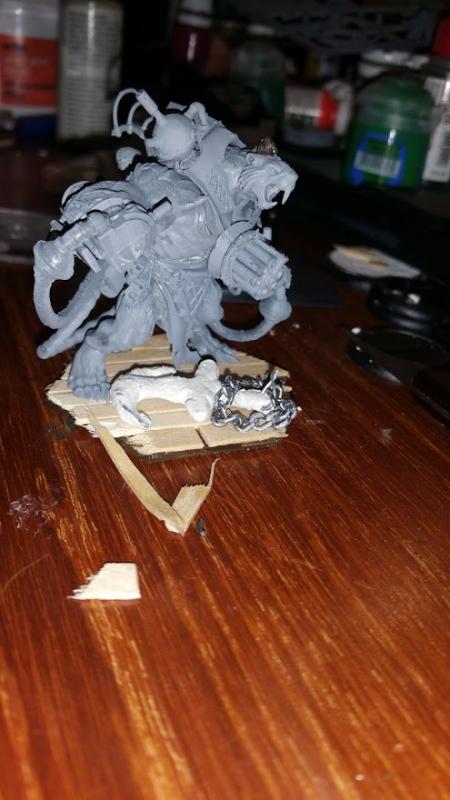 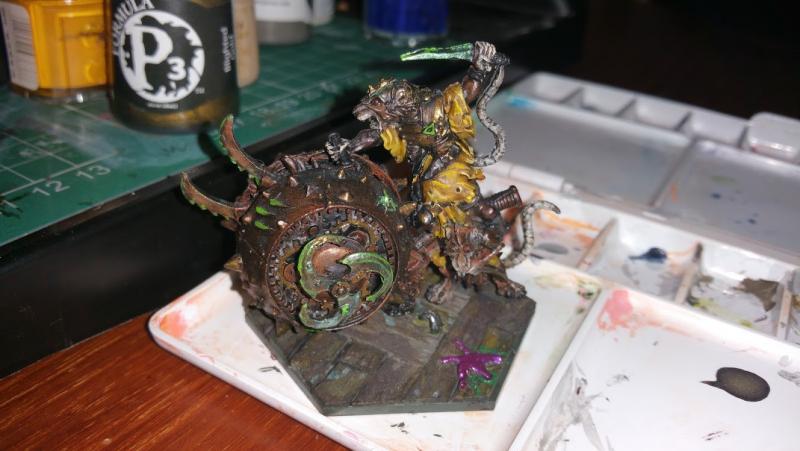 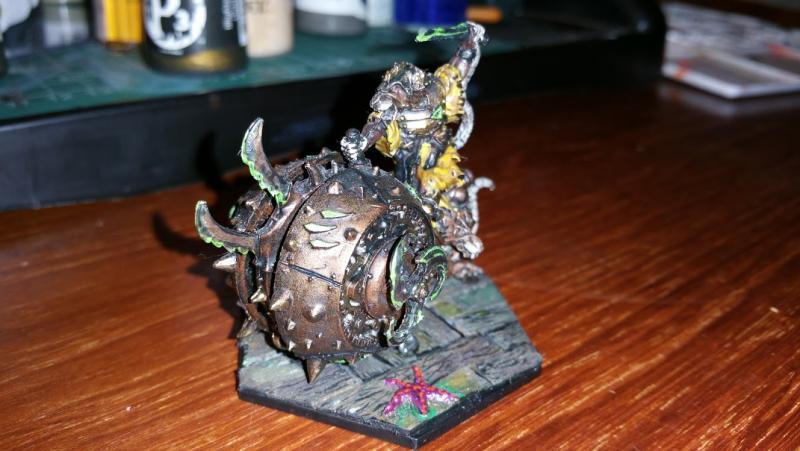 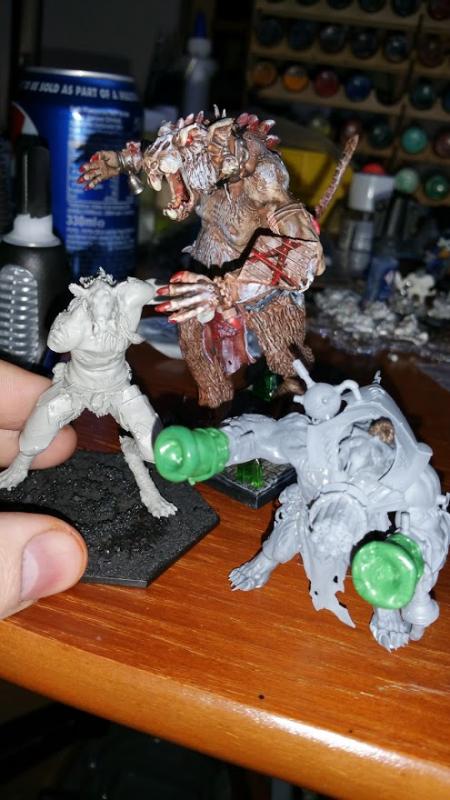