So the first month is done, how did the club get on? Well if you read my last entry you'll know I failed spectacularly by getting nothing painted. I'm pleased to say that I'm not alone! I was joined in my failure by Jon and Will, so there's £60 for terrain already! Jon and I fall into a special category of "set ourselves way too much to paint then make excuses about it". We both set ourselves somewhere in the region of 40 models to paint, which was just silly.

This months target was far more suitable, and also makes up for getting nothing painted last month!

An absolute beast at 700 points, and by far my favourite model ever released by GW. I decided pretty quickly that I loved the colour of the Maw-Krusha on the box art (cabbage be damned, green is awesome), but I was going to leave the face mask off. My Ironjawz would be painted in the orange scheme in the battletome, Zedekks weirdladz! As soon as I saw it I decided that was the scheme I would be painting my army in. The added bonus of both these decisions is that orange and green work really well together! So onto the maw-krusha!

Unfortunately I changed phones in August, and lost all my WIP pics I had of the skin, because I'm an idiot who didn't think to transfer any pictures... 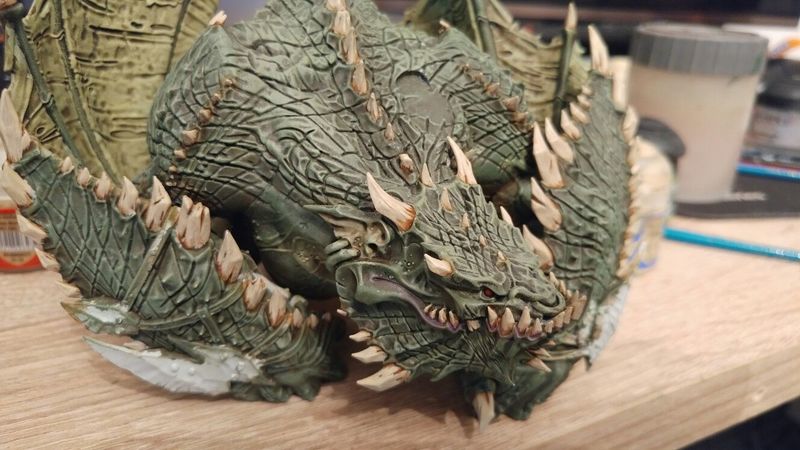 As I'm currently blogging at work, I can't remember exactly which colours I used for the skin right now, but I will be sure to make sure I include a list of paints in my finished post.

The skin is all dry brushing, except for the blend between the two shades of green. I made up a glaze with the highlight colour I used for the scaly skin using the colour and Lahmian medium to bring the two shades of green together. This is the first time I've used a glaze, and I am so so pleased with the result! It took a few layers, but i almost feel like I cheated with the blend it was so simple!

All the teeth and spines are painted exactly as the Ironjawz painting guide suggest, and they are a fantastic contrast to the green. @Chris Tomlin was the inspiration for the lips on this guy, where I used a purple glaze to tint the lips a different colour to make sure the mouth didn't get lost in the rest of the green. 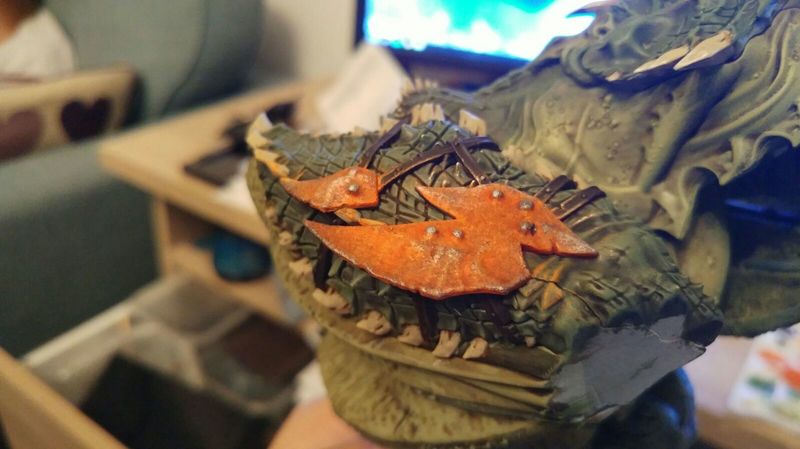 With the green and bone sections finished, next inline was the orange! According to the painting guide (which if you can't tell I made good use of!) you should use Troll Slayer orange as the base, and highlight with Fire Dragon Bright. Now, I don't know if I just had a bad batch of it, but Troll Slayer orange is bloody awful! I couldn't get it to cover well at all!

I tried building up many layers of troll slayer, I tried building from a red base coat (I didn't have an orange one available at the time), but no matter what the coverage was terrible and looked really streaky. In the end I used washing and dry brushing to get the area covered as evenly as possible, which was a little messier than I was after. After adding some weathering to try and make the orange look as un-awful as possible, it was onto the tidying up the orange that I had got on the green, and then onto the final details. 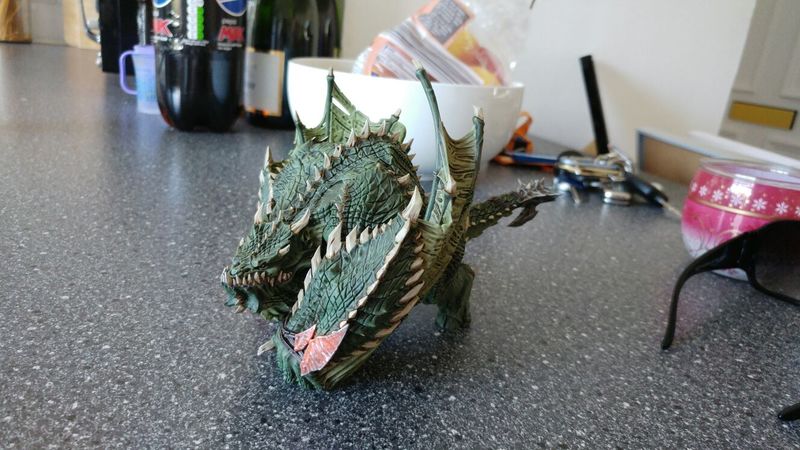 My photography isn't up to much, but here is the maw-krusha finished ready for Gordrakk.

After finishing this guy I went down to my local games store and picked up some Jokaero Orange so that hopefully painting Gordrakks armour isn't as paintful as the armour sections on our friend here.

Overall though, I'm really pleased with how he turned out, a few new techniques successfully applied to this chap, so he's come out nicely. 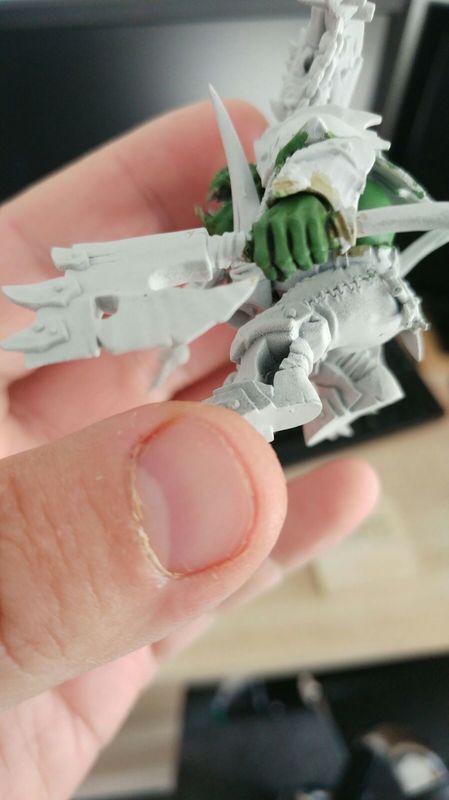 Disaster! I managed to somehow miss this part of the model when I was building it, resulting in a gurt big hole in his leg! Luckily I was able to find it in my bits box and sort it out.

Having painted quite a few orcs, I've settled on what I think is my favourite skin tone for these dudes;

This gives a bright, but slightly dirty green which I just love. Pictured is the green after the wash stage. I am painting the bulk of his armour in the same orange as is on the maw-krusha (yaaay...), with some black thrown in to break it up. I also decided to try the new black recipe that comes on the box for him, which starts with Stegadon scale green and a nuln oil wash.

I had the exact same issues with troll slayer orange, even over a Jokaero orange base, so I've decided to change the recipe for the rest of the army, but on this model I'll just have to make the most of it, as I was running out of time for the month!

This guy has so much detail on him, I am constantly finding more stuff that I have missed! 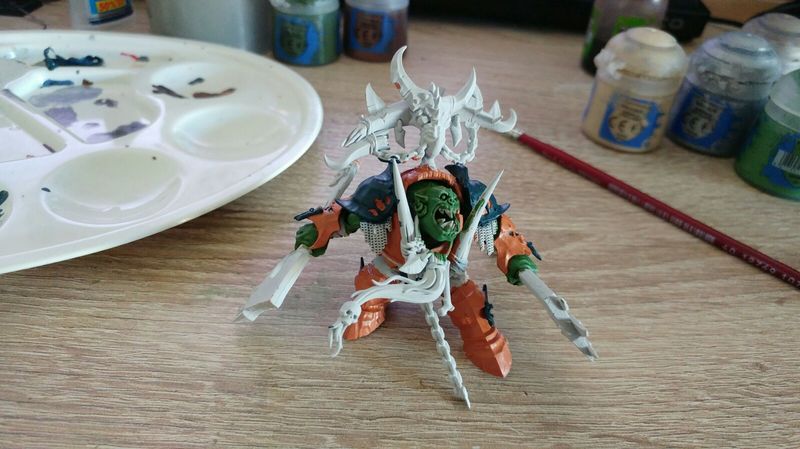 Here is the last WIP shot of the month, all the base colours in place for the armour. This was actually taken before I started having the troubles with Troll Slayer orange on him, so the orange looks smooth here, which is why I'm going to drop troll slayer orange when I come to do the rest of the army.

Next post will be the finished model, and I'll make sure I put the list of paints used in case anyone wants it.

Hopefully I can avoid a fine this month!