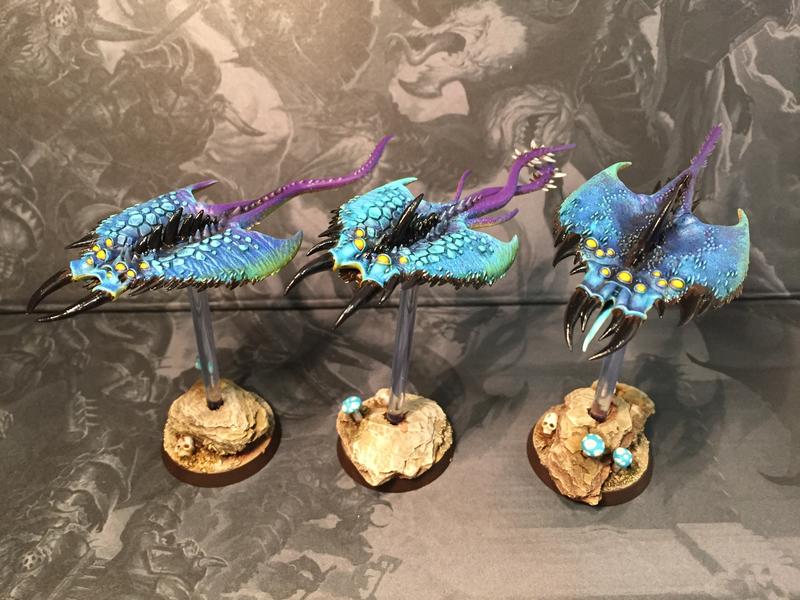 I was sorting out the Hobby Room last week and I came across six screamers that I had built, but never done anything else with. So as part of my #365Challenge I decided to prep and paint these as I assumed that they would be quite quick to do. the first thing I did was drill out the bottom of the screamers so that I could insert some 4mm acrylic rod that I had rather than using the usual flying stands. I then wrapped these in masking tape and drilled out some corks to support them so that I could easily hold them to spray. The undercoating did a lot of the work for me. I sprayed the top blue, then a lighter blue, and the bottom was done in Zandri Dust and Averland Sunset. I then used a white spray and a purple spray to do the tails.

Once these were dry I washed the underside with Sepia and the tops with Druchi Violet. I drybrushed the models with Bahoroth Blue and Hexus Pale Sun after this. The sepia and area always looks a bit dull after this, but Lamentors Yellow glaze is amazing at making things look yellow as its so strong. I also pulled some of this onto the top surface to give a green tint to the edges.

I started off undercoating the horns and teeth brown and then using a bright bone to highlight them, but I really didn't like how it looked: 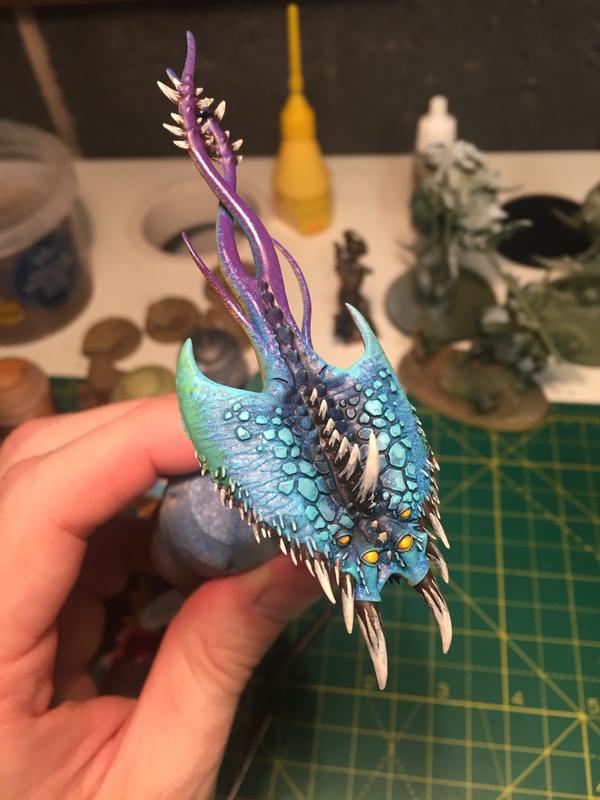 So after showing the photos to some of the gaming group I decided to just go dark with the whole thing so I just went for a glossy black which I highlighted with a purple and black mix. I used bright blue for the raised areas and did the eyes a bright yellow. The last thing to do was just get some nuln oil and run that all over the fins on the top to darken that area.

The bases were my usual recipe, although I added some little blue mushrooms to these (and I still need to put the tufts and grasses on) 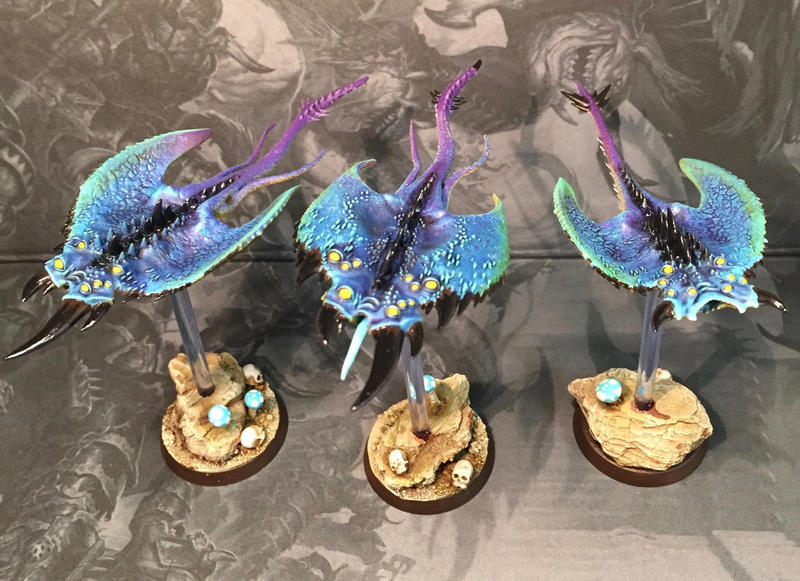