This entry begins a new series dedicated to the Death Watch, an elite Stormcast (and pseudo-Stormcast) task force dedicated to confronting and eliminating monstrous and unholy threats to the armies of the God-King Sigmar that otherwise might stymie a campaign or threaten the peace of the reclaimed Realms. Its members are hand-picked from among the Stormhosts for their thirst for battle, their proven reliability, and sometimes for the unique perspective they bring, perspectives which sometimes set them at odds with other, more conventional rank-and-file.

They are united under the leadership of Lord Celestant Steelios, the Once-Forged, in bringing the end to Sigmar's many foes across the Mortal Realms, in destroying those who corrupt and undermine the works of the Free Peoples, in venturing onto battlefields and facing enemies beyond the reach of mortal Man. They are the messengers of ultimate sanction, the guardians on high, the eternal sentinels, the Death Watch.

(Yes, the name and the concept are both closely derived from 40k. Sue me.)

Every entry in this series will give the history of one of the members of the Watch, particularly what made them viable candidates for Reforging and how they've fit in with their fellow Stormcast and Watch Members since then. Sometimes there will be pictures either pre- or post-reforging, but this is by no means a guarantee- writing comes much more easily to me than painting, much as I'd prefer otherwise.

Without further ado, then:

Sister Ilos was once part of the warrior-nobility of the Maidenhood of Druze, in Aqshy, those fabled Amazons who for uncounted centuries watched over the hills and mountains of their fiery realm. As the foremost swordswoman among their number, she was chief of the Infernal Guard that watched over the Palace of the Immortal Flame and the person of the Resplendent Empress herself. Members of the Infernal Guard are twice sworn to wed only duty- but Ilos had a great love for the Empress, and she for Ilos, and together they broke her vows in secret, telling none and letting the world see them only as mistress and servant. So it continued for many years, the world knowing nothing of what passed between the two. But that was before Chaos, and the End.

In the Age of Downfall, when the armies of Chaos spilled across the land, the mountain fastnesses of the Druze were assaulted by the legions of Saalazab, the Teller of Secrets. They campaigned throughout the Druze lands until only the Palace of the Immortal Flame remained unconquered. Seven times the foul legions of the Teller of Secrets spilled forth, and seven times they were repulsed by the powerful sorceries of the Resplendent Empress. On the eighth time, Saalazab himself came out and engaged in a mighty sorcerous duel with the Empress. To counter her arcane fire he whispered truths that the mortal realm could not bear, each time shattering some of the fabric of reality. Yet each time, the Empress sealed the rifts and repelled her enemy, wounding him terribly with her conjured infernos. But Saalazab only smiled and shouted the truth of Ilos and the Empress' deeds out loud.
Empowered by this broken oath, his magic rent the Empress in twain, and his minions spilled into the throne room proper. He offered the surviving Infernal Guard a choice- serve Slaanesh, or die. Disheartened by Ilos' betrayal, they threw down their spears and joined the ranks of the Chaos host- all but her. She angrily proclaimed that since Saalazab had taken her lover and her honor from her, he could take her life as well.  He only laughed, shattering the floor of the palace and plunging her into the caldera it was built above. She was consumed utterly by the flame, and thus did the realm of Druze die at last. Even in her dying, though, Sigmar recognized the purity of her soul and snatched it away from the Prince of Pleasure's clutches, reforging her into a champion of His divine will.
As a Stormcast, Ilos is gripped by a passion that burns hotter than the fires that first killed her, and seeks out the enemies of the God-King with a bloodthirst that would make a Khornate blush. Thus there was never any question of the Stormhost or the Chamber she would come to serve in- only Steelios, master of the Death Watch, had the temperament and the audacity to make full use of her talents. Thus she became third of the Watch, following only Steelios and his right hand, Brother Decius, in battle-honors and time spent in Sigmar's service.
------
The storytellers call Sister Ilos the Flameborne, the Unburnt, the Crowned, the Fearless, the Sword of Righteousness, the Tongue of Wrath, the Salamander, the Ever-Faithful, the Unbending Defender, the Infernal Guard, Handmaiden of the Empress, the Trinity, the Shield of Truth, the Thrice Sworn, the Unmasked. 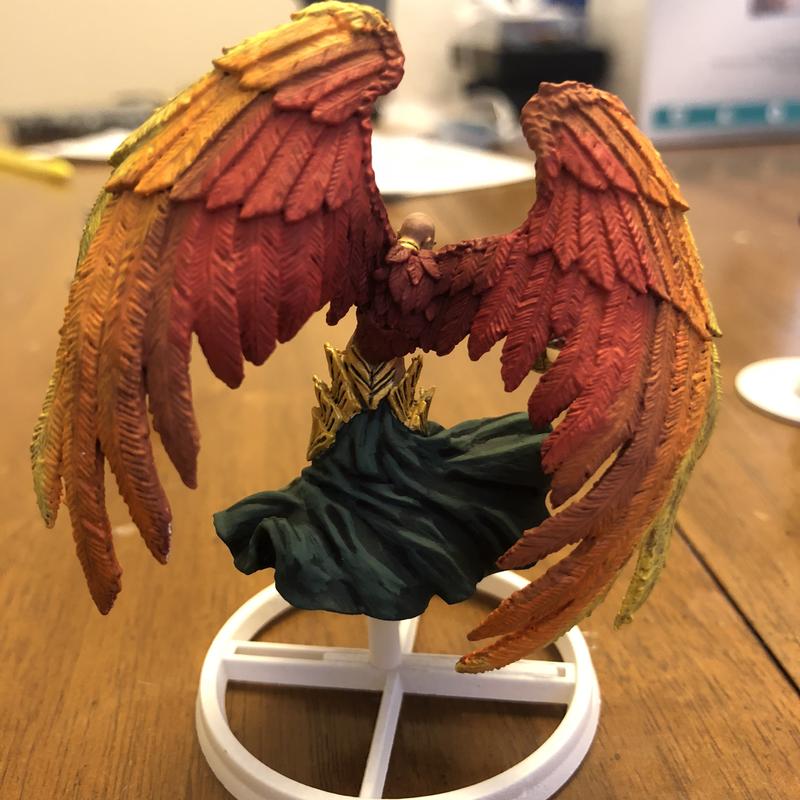 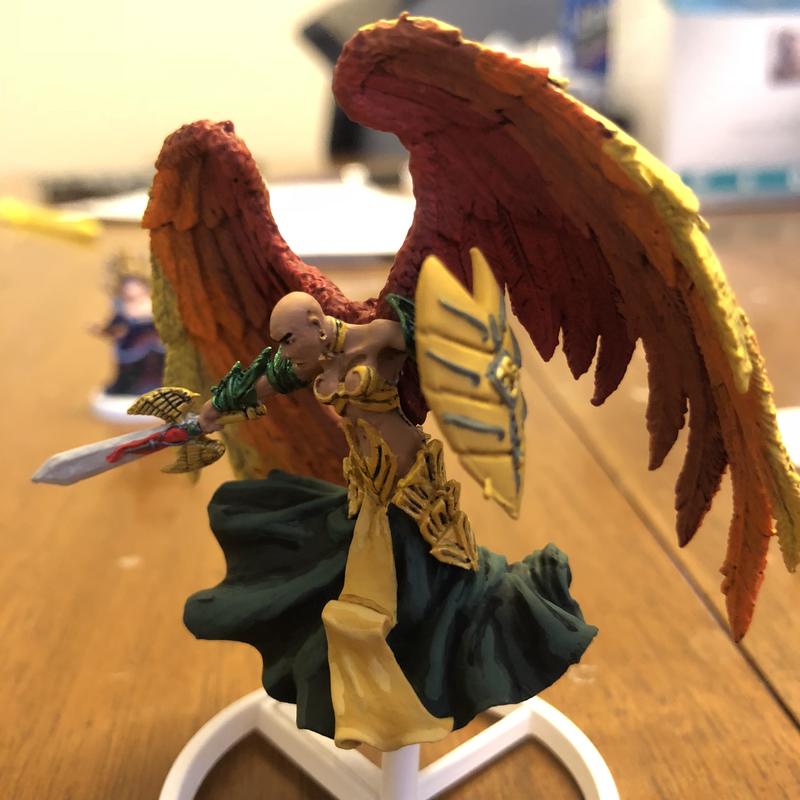