In this post I'm simply posting the beautiful collection of armies that were on display at Holy Wars this year.  Holy Wars is a somewhat unique event in that only 2 awards having anything to do with gameplay (best general & best sportsmanship).  The other 4 awards granted have to do with the hobby, including a Best Unit Champion award, a Player's Choice pick of favorite army award, Best Army award (from the judge's standpoint), and the Hobby Hammerist award, which is the highest honor offered and given to the army that epitomizes everything the event is about (i.e. hobbying, narrative aspects of army composition, etc).  Each army can only win one of these awards once, so if you bring the same army back in subsequent years you don't qualify to compete for the awards you previously won (which was certainly fortunate for me).

Unfortunately, I didn't get all of the armies present (but I got most of them).  Regardless, on to the armies! 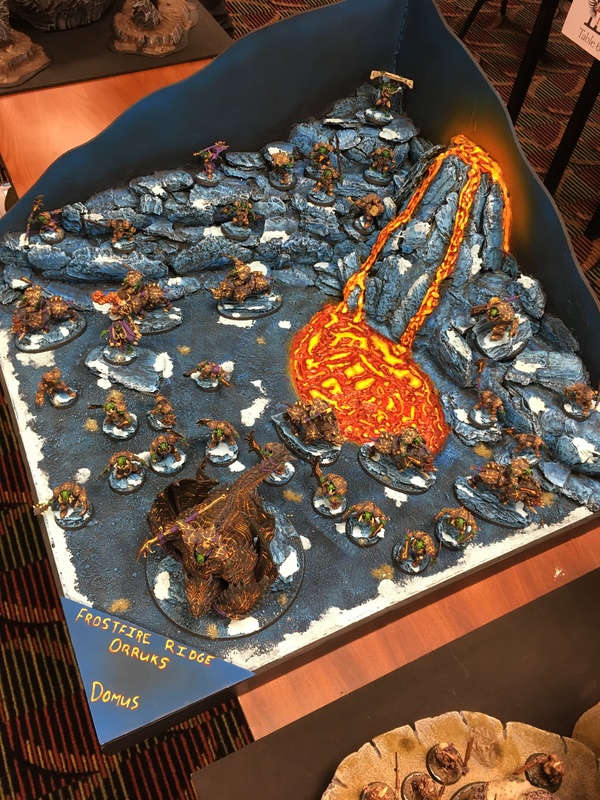 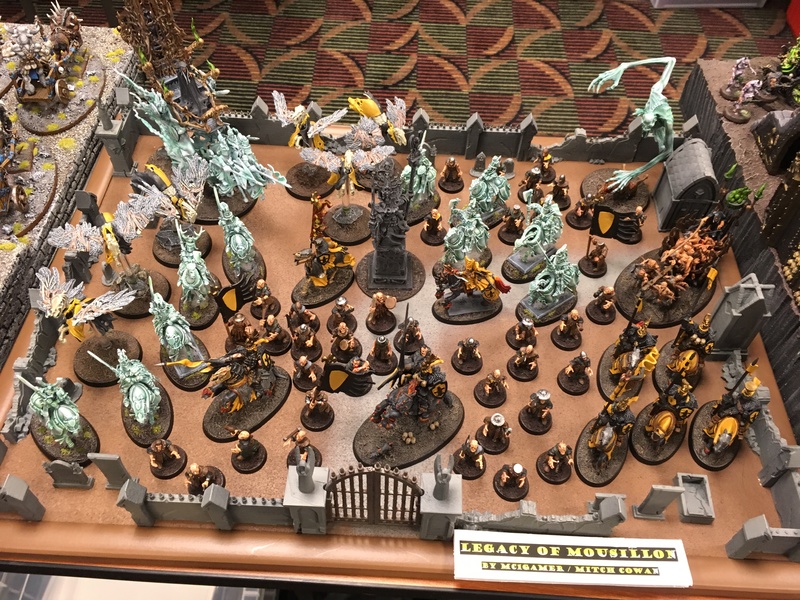 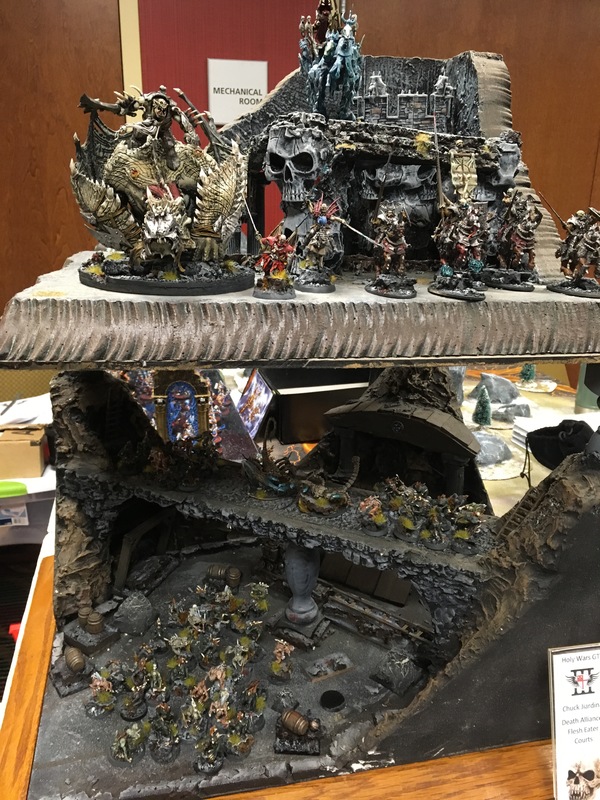 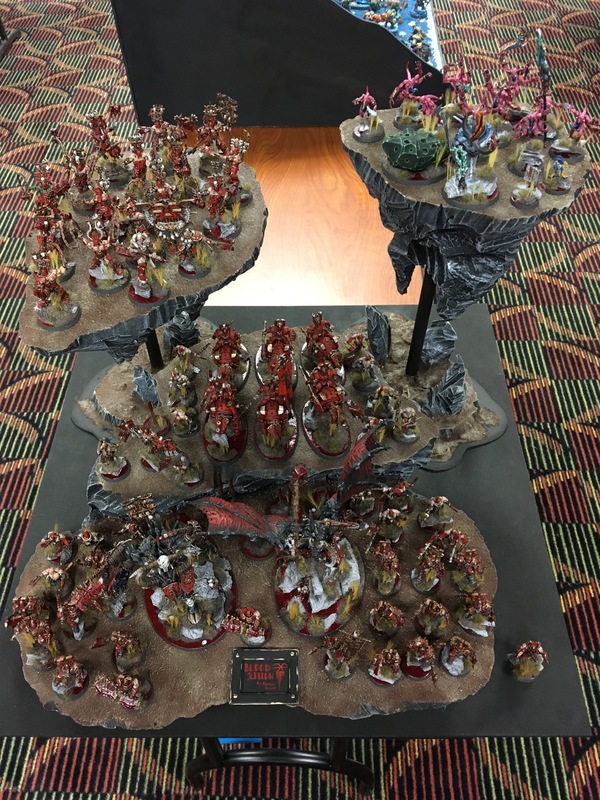 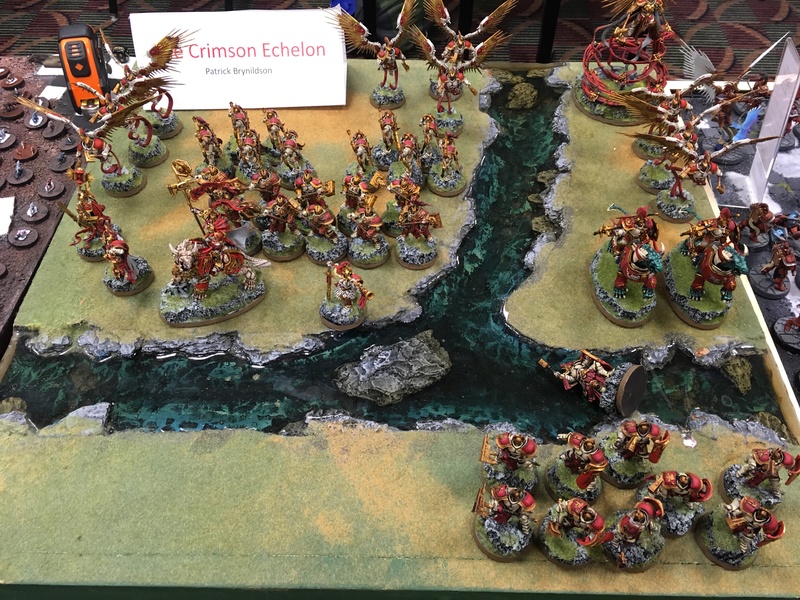 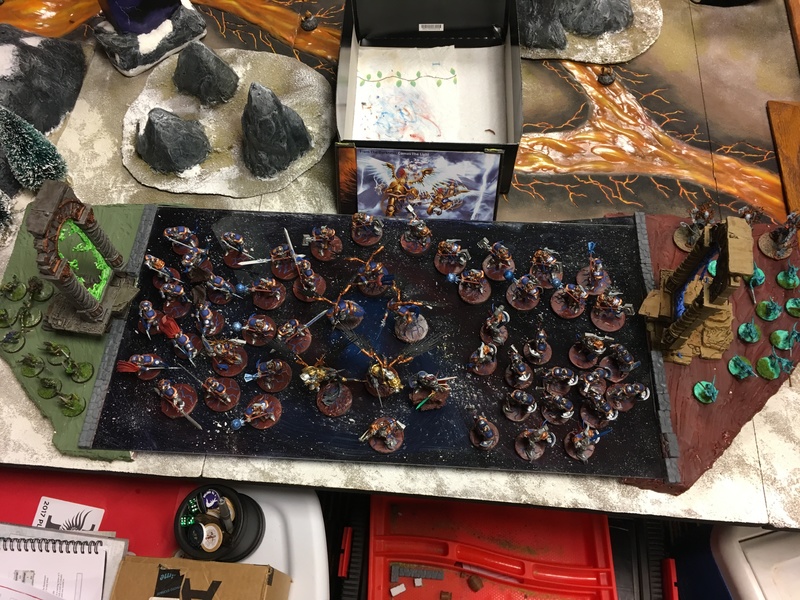 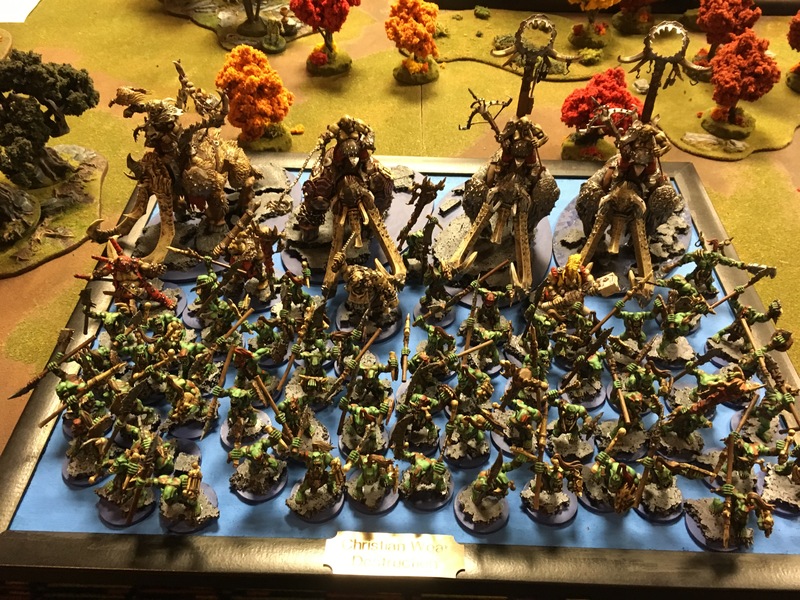 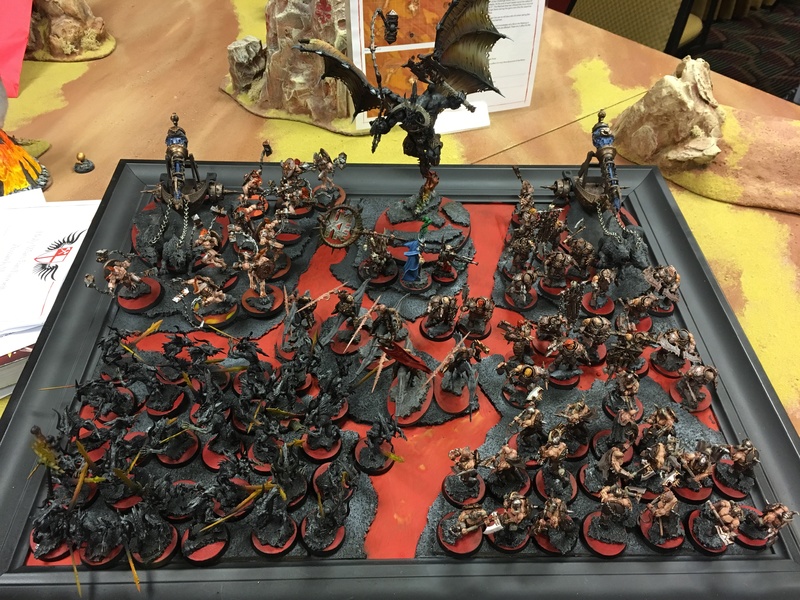 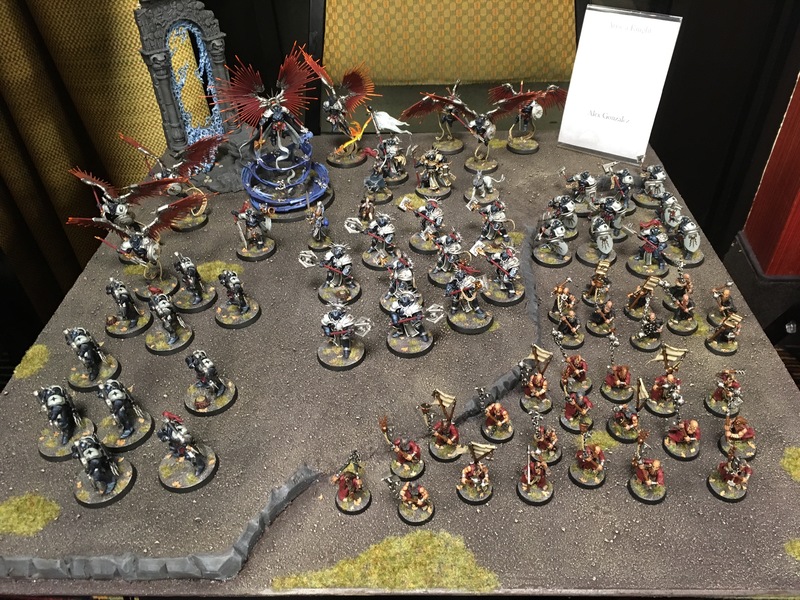 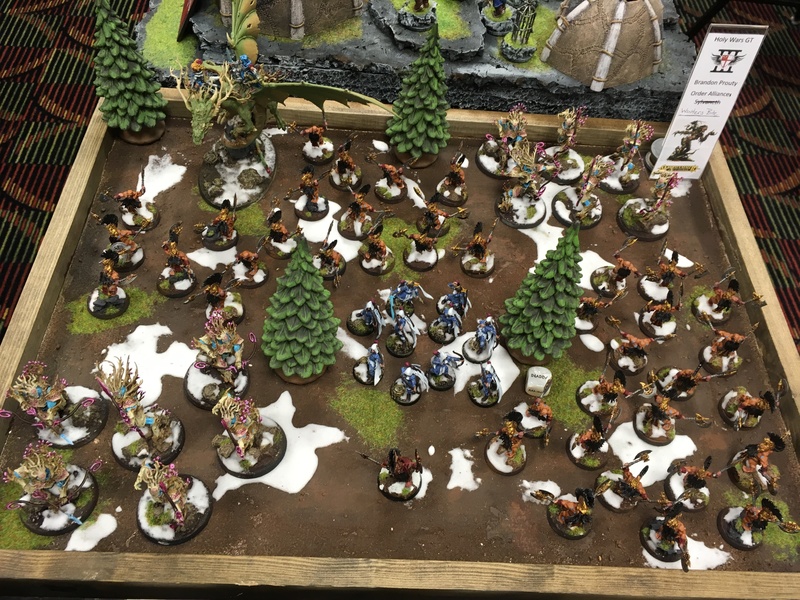 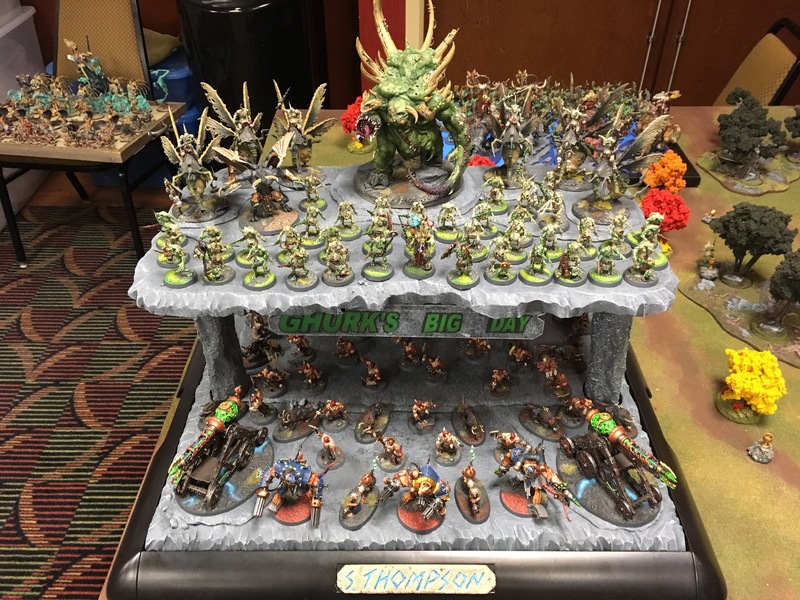 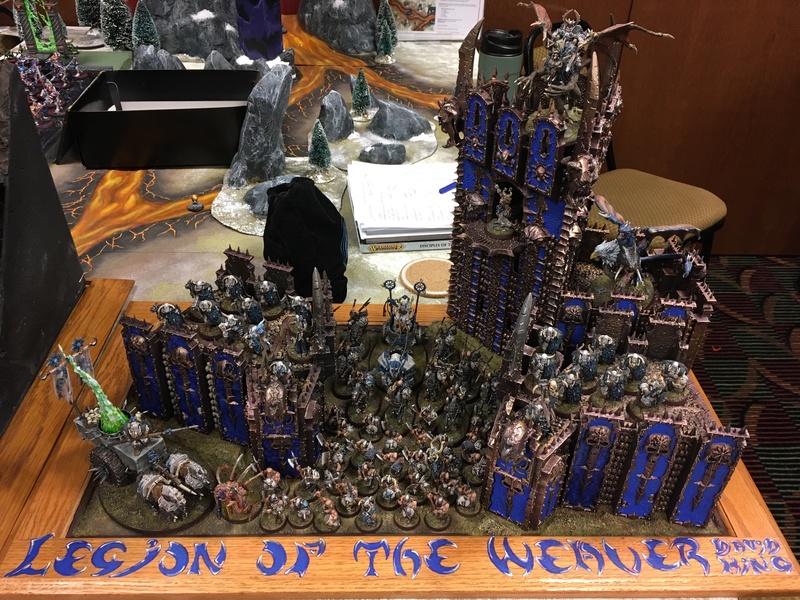 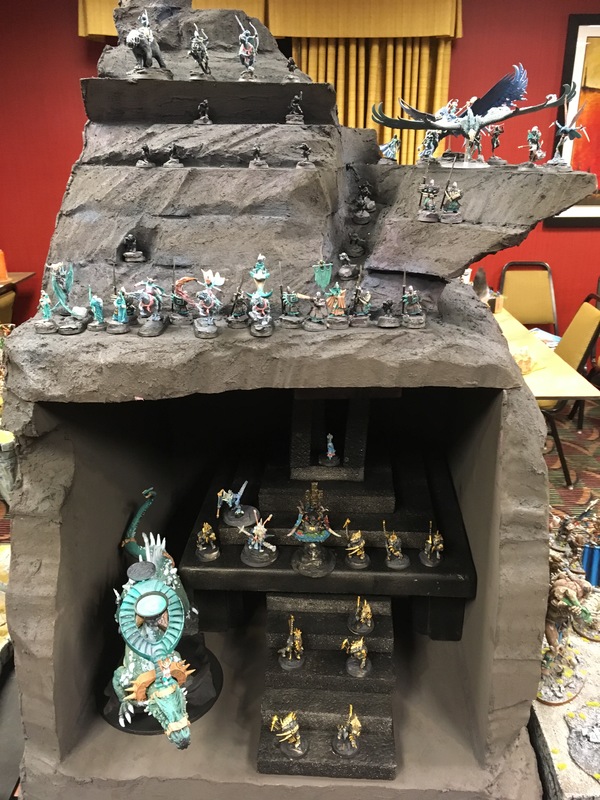 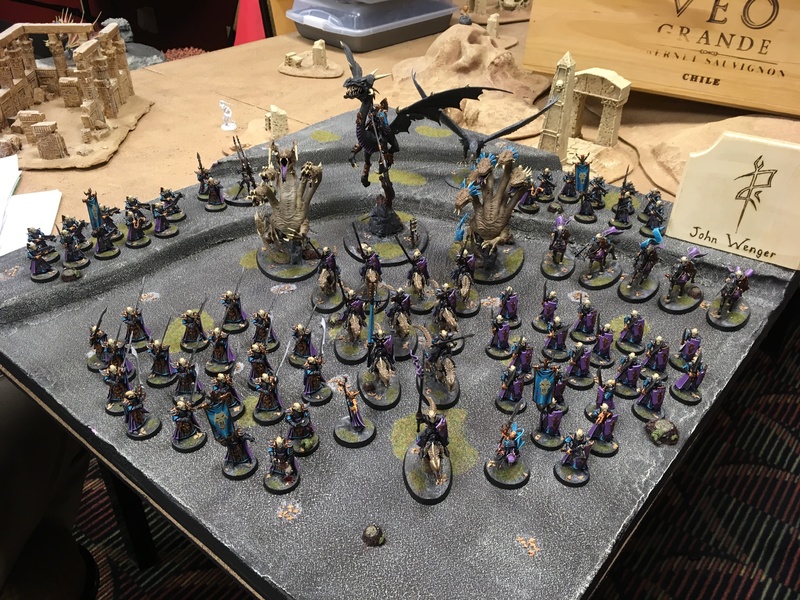 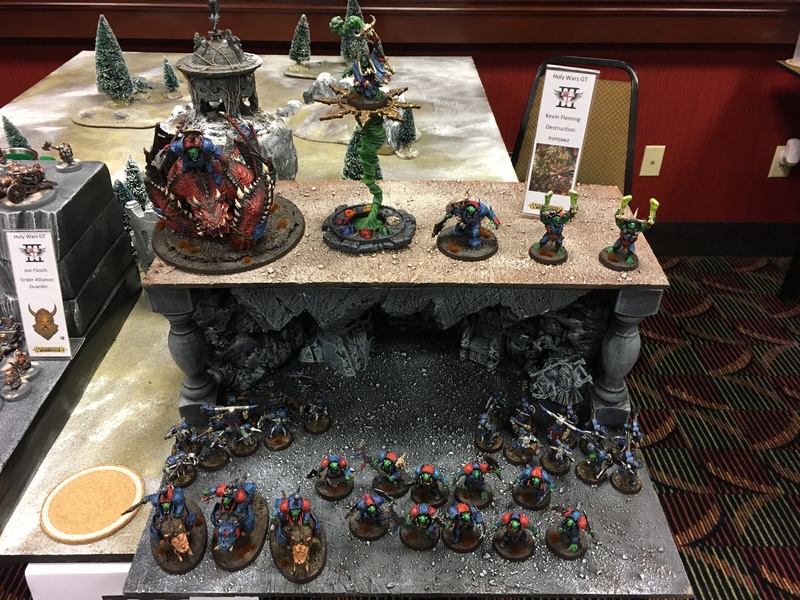 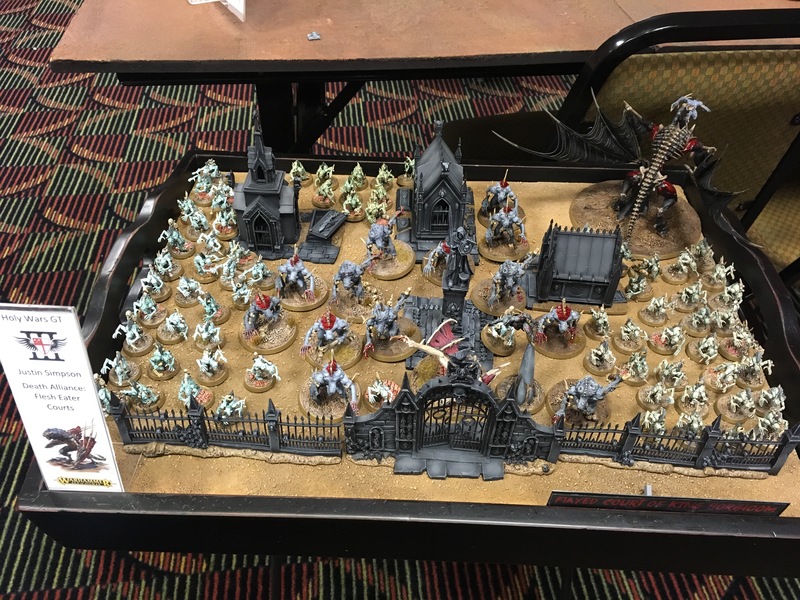 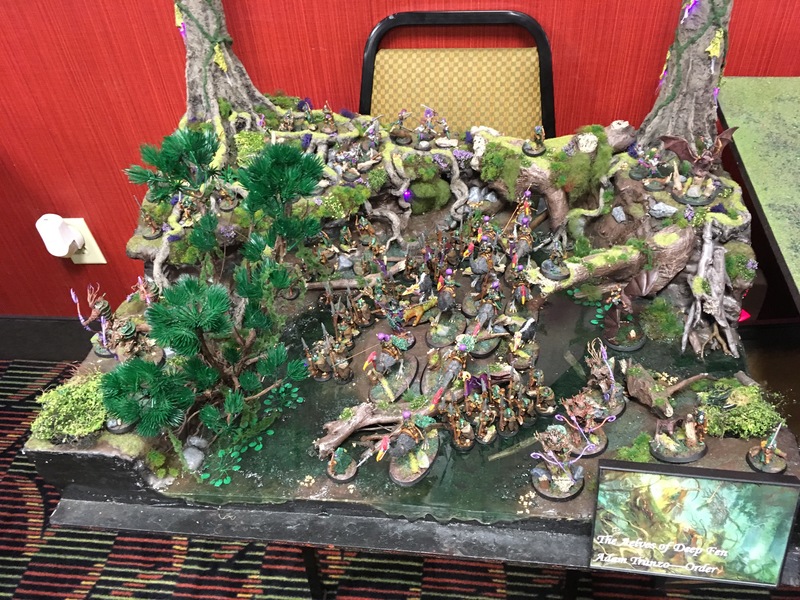 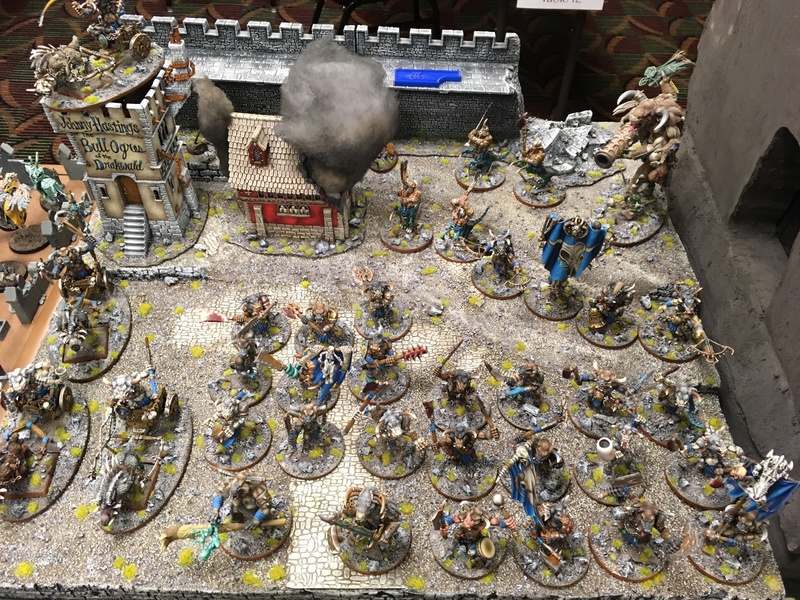 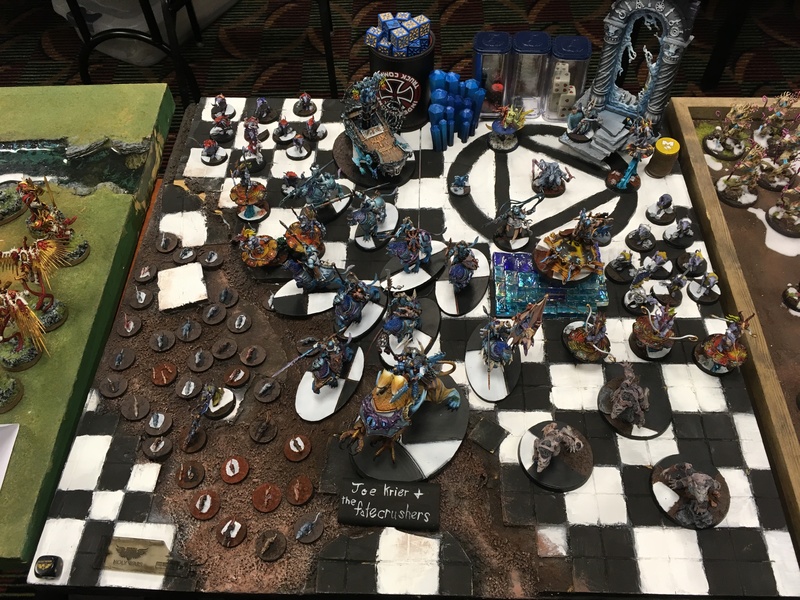 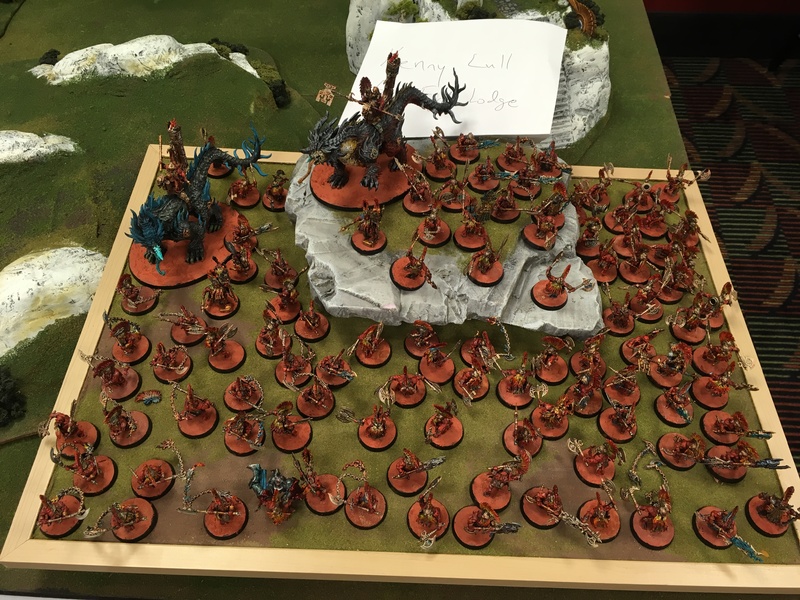 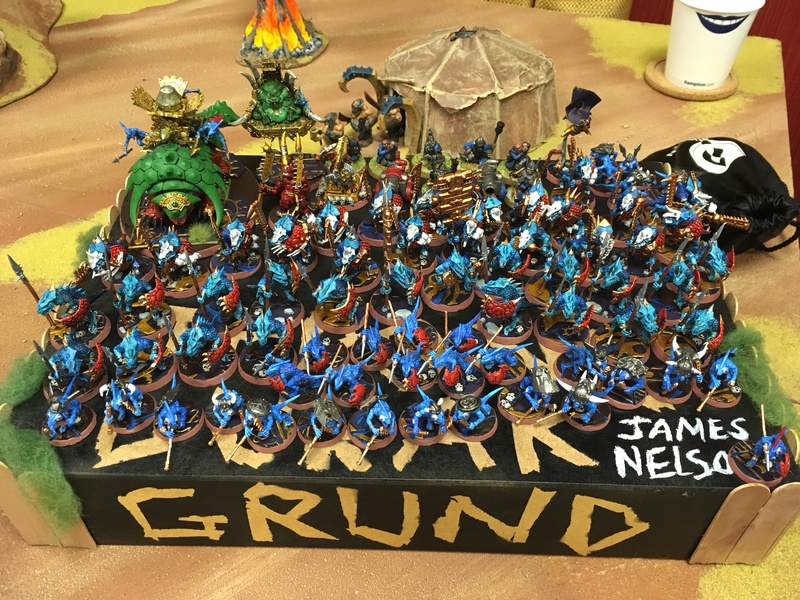 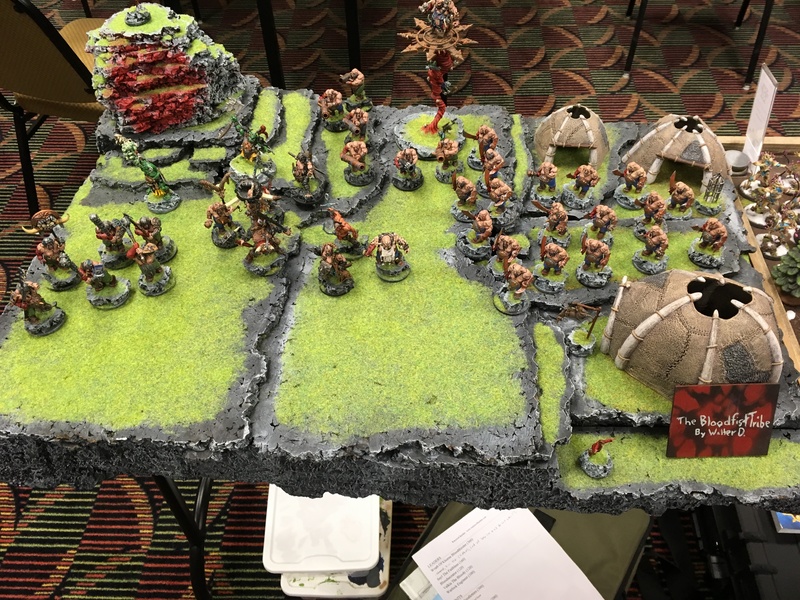 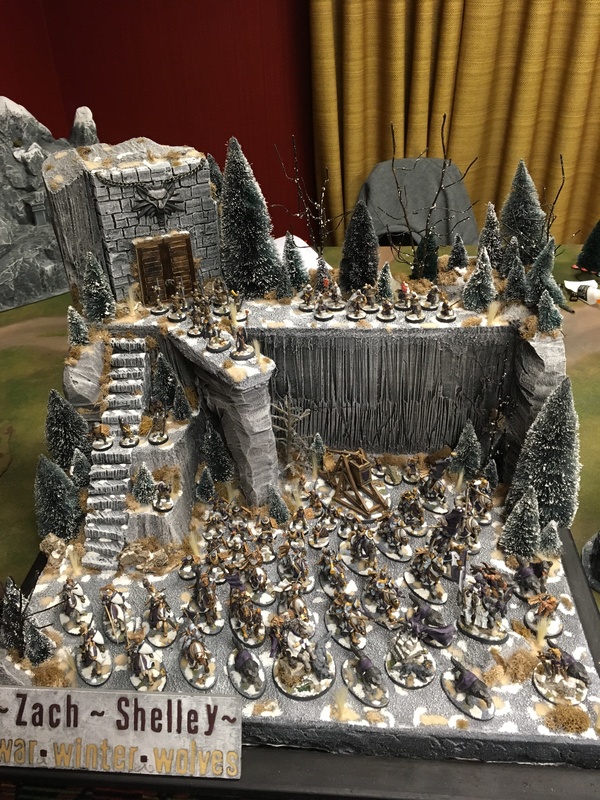 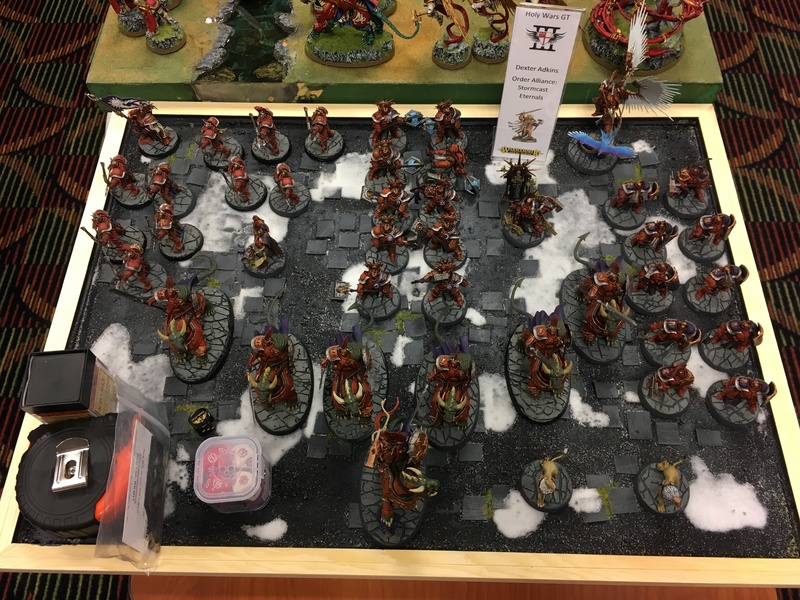 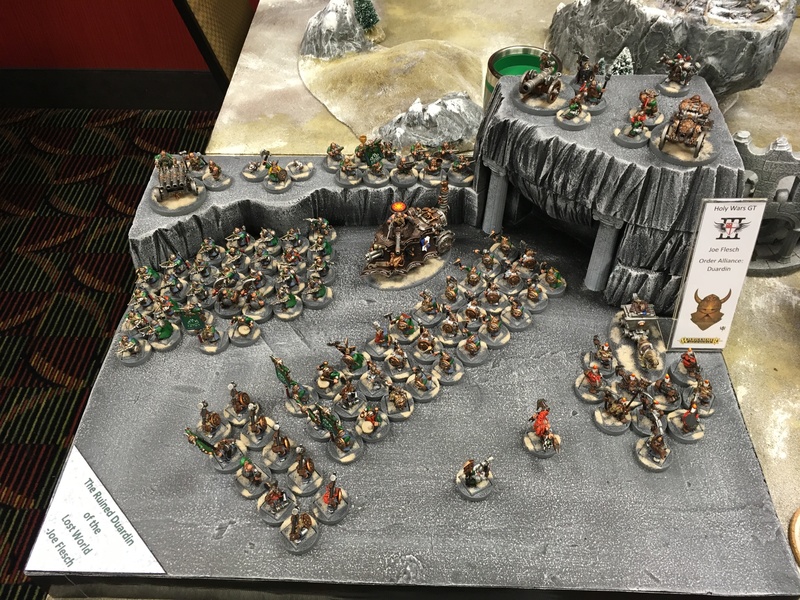 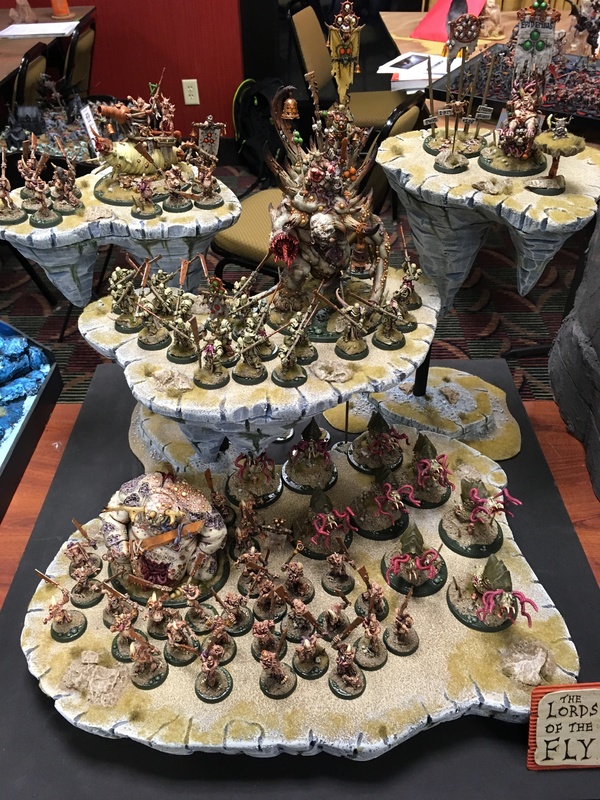 And then finally, my army: 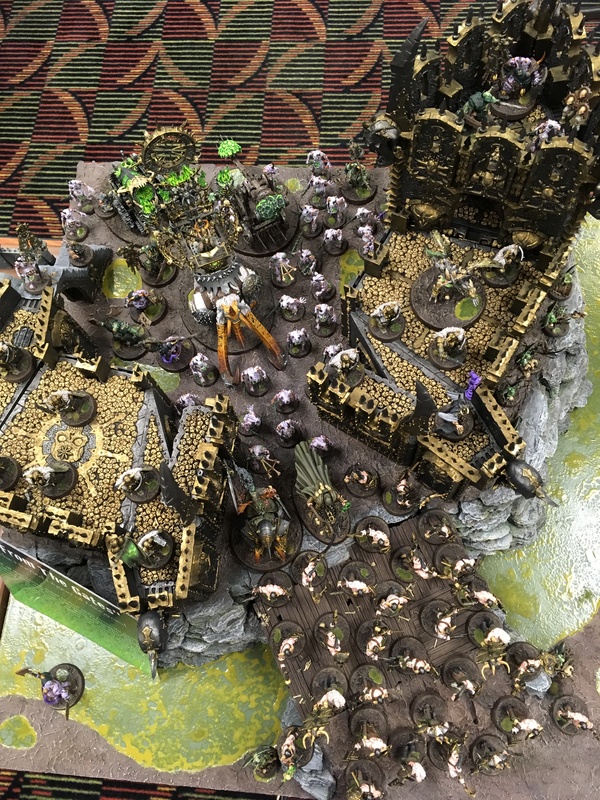 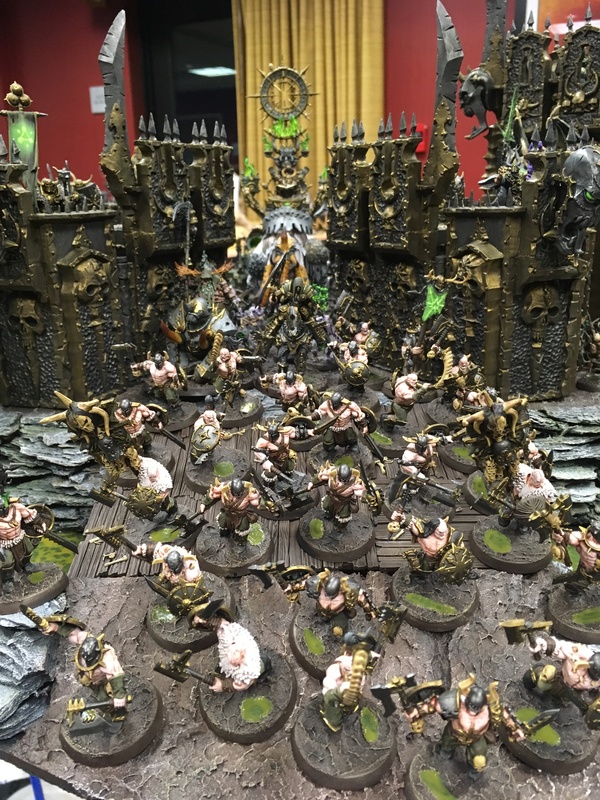 In the next post, I'll cover my first match-up with Justin Smith. 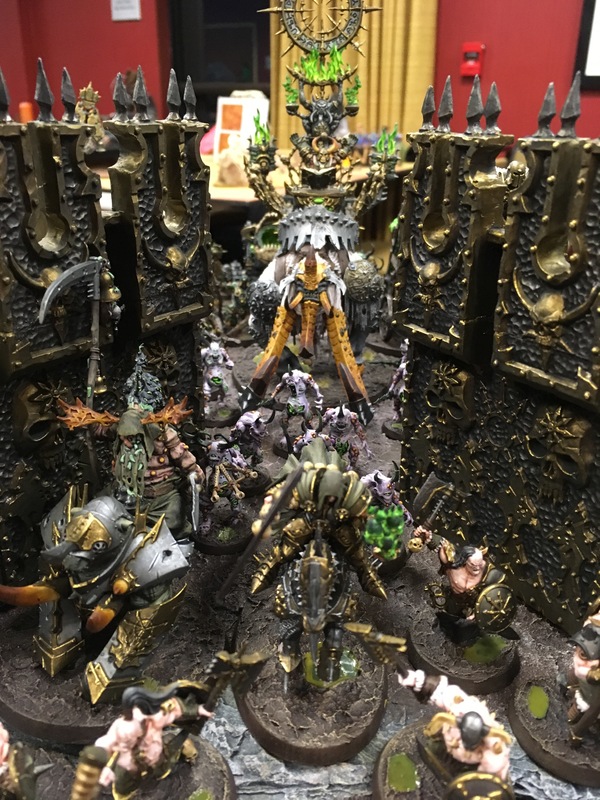