So, A few months ago I was listening to the Just play podcast when Ian was talking about his heat 1 mawtribes army, and the idea of a small model count army appealed to me. I currently have a Legions of Nagash army which includes Nagash and 80 skeletons, A stormcast army including many wings, Nighthaunt and my pride and joy, the Kharadron Overlords. So fast forward a few months and I decided to bite the bullet, I got 1 start collecting box from a friend when he had only used a couple of the gargant hackers from it ( some minor conversions needed) and assembled the frostlord on stonehorn. My plan was to use the gargant hackers on the mournfang as I just think they're cooler, big ogres with big weapons!!

I managed to pick up a second start collecting from my local gaming store and the project began. 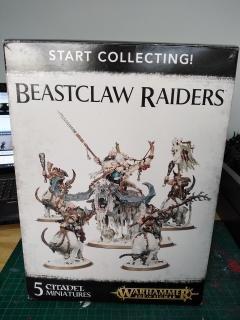 With the Gargant Hackers that had been used by the previous owner for his genesteeler cult, I had to make some minor conversions so all of the Mournfang riders had the hackers. I used the prey hackers and attached cotton bud or Q tip tubes to make them the required length and added a randon horn or spike from the kit to the end. I think they have come out quite well. I know that the command count as having the same weapon as the unit but to me, they need to actually look like it. 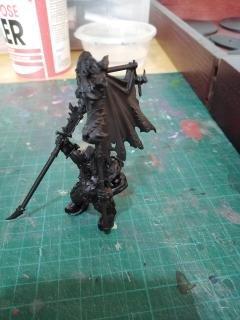 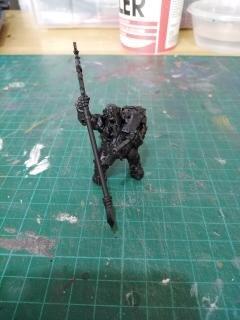 With the both sets fully assembled, my mind moved onto the bases, I was going to try lava style bases but couldn't find a result I like to off to the woods I went. 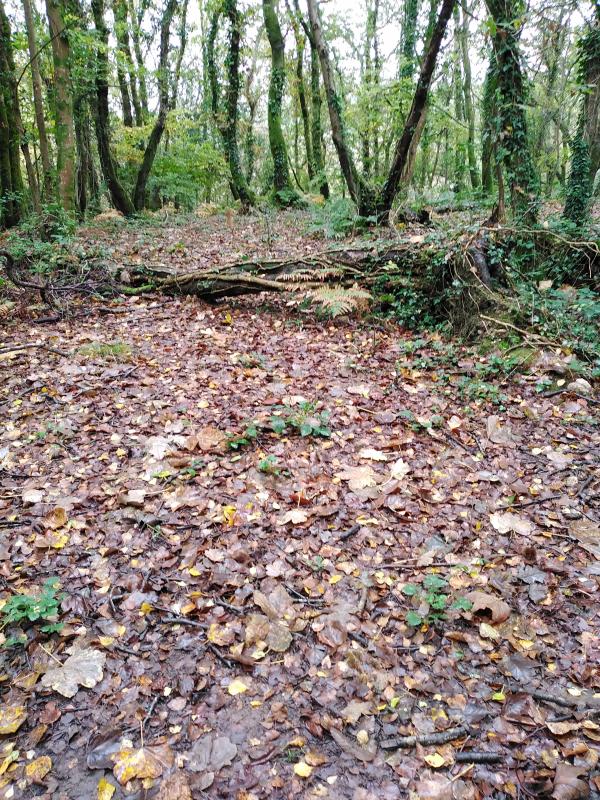 And came back with a carrier bag full of tree bark, and some creepy crawlies to boot!

After drying the bark out in the oven I used Hot glue and wood filler to assemble the bases. 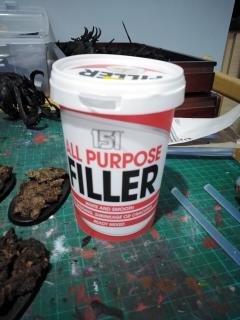 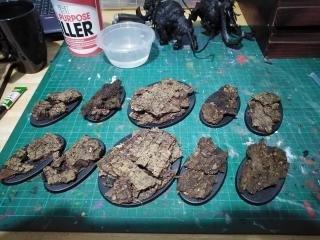 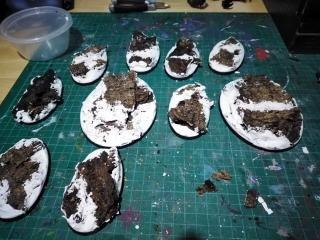 The next job was to start on the mournfang, I decided on a brown fur. A base of funnily enough, Mournfang Brown, Drybrushed up with skrag brown, zandri dust and the ushabti bone. 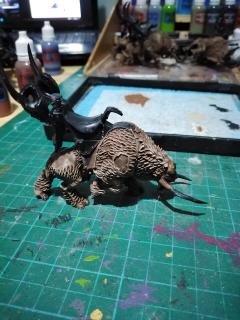 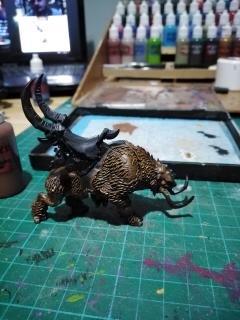