Introducing the latest addition to my Astral Templars Stormhost - Vora Suremane - The Warden of the Howling Gale. 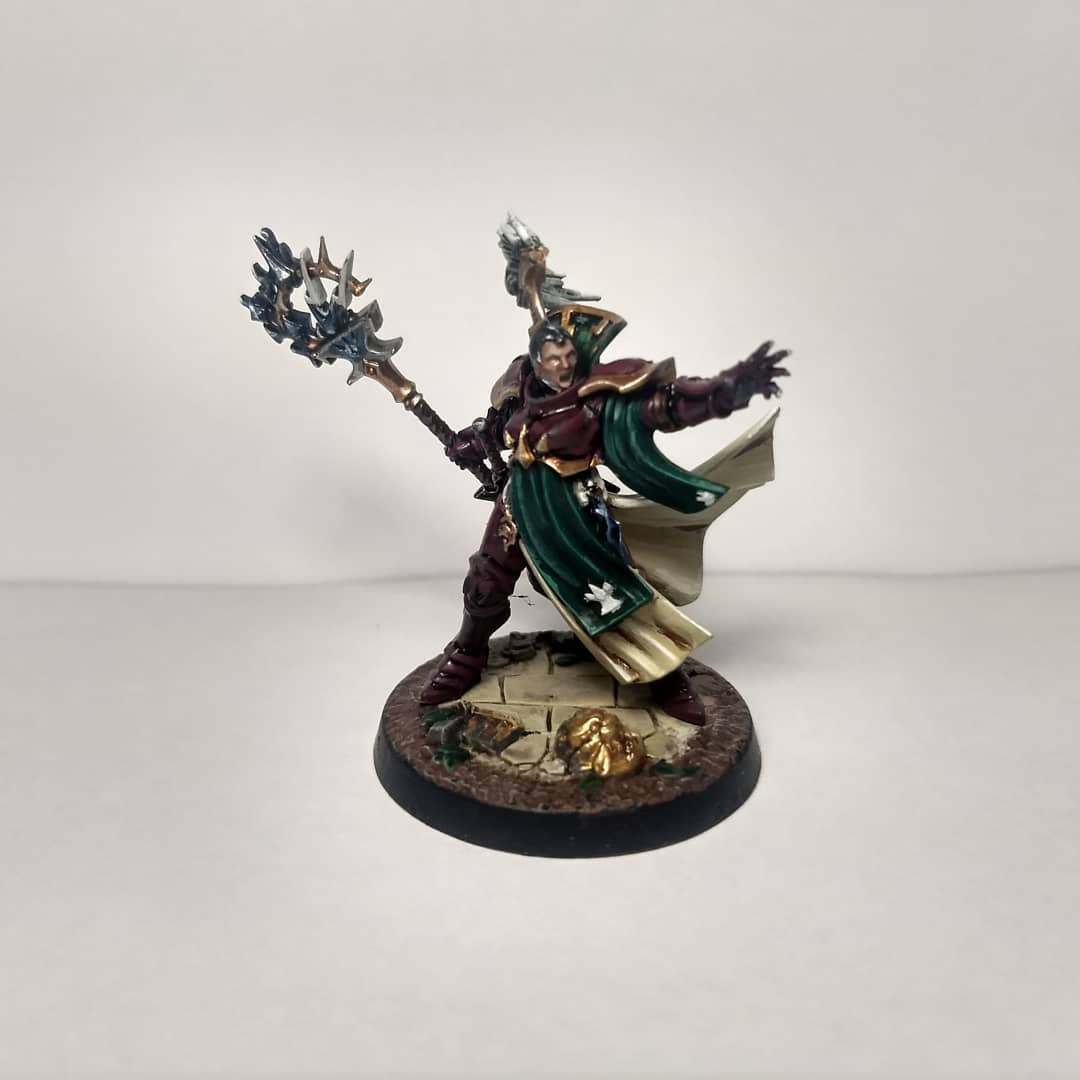 This is the exclusive Knight Incantor that comes with the mortal realms subscription. I must say I prefer this model to the slightly more static pose of the regular Incantor (though I'll be painting up at least two more at some point!), Plus she was great fun to paint with lots of small details to pick out. 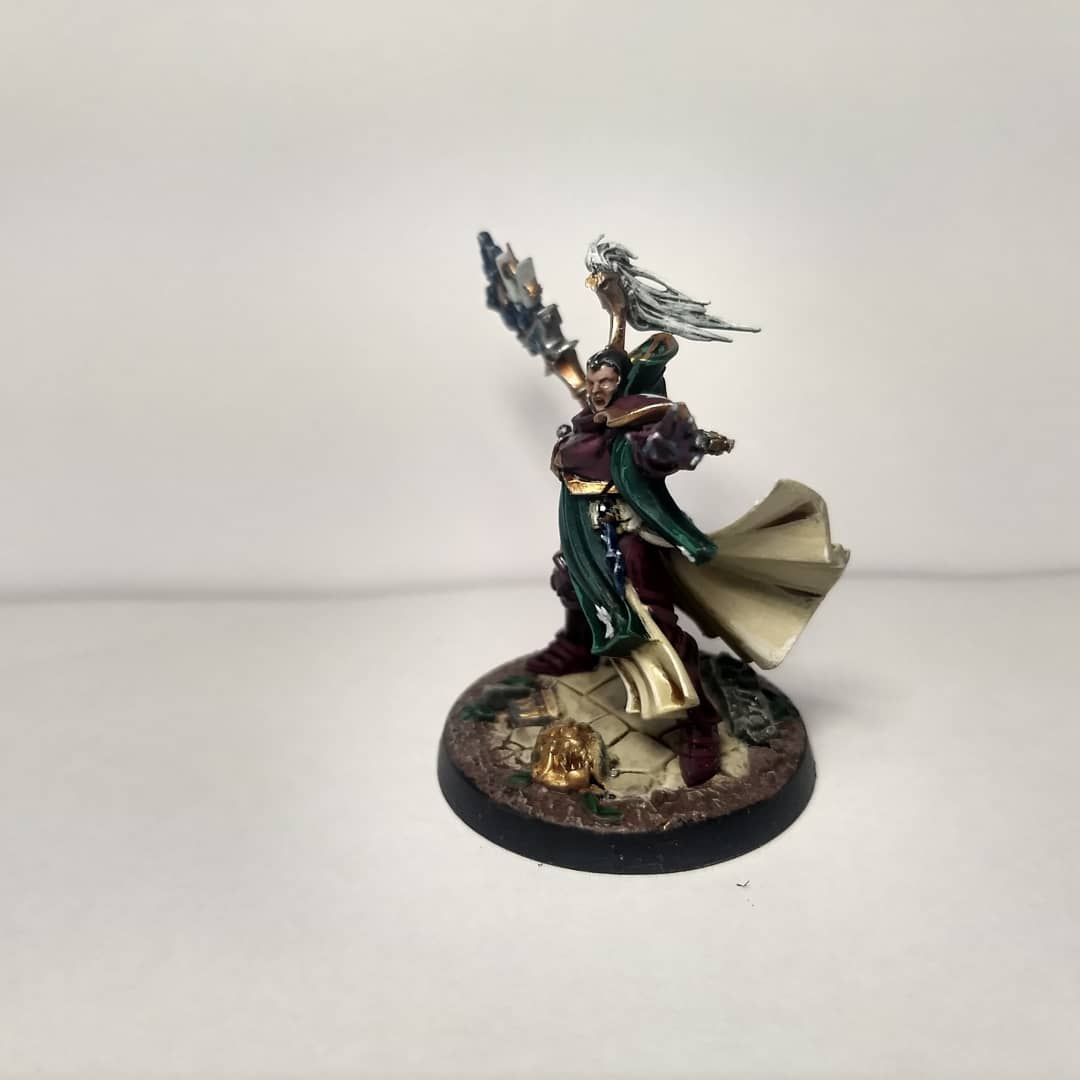 Ive tried to get a glowing effect working on the staff as well as adding progressive blue highlights up to white on the outstretched left hand, as if she was building up power to smite the enemies of Sigmar (at least that's how it looks in my head).
Painting wise i stuck to pretty much the same method as I've been using to paint the rest of my Stormcast so far. The exception being that I based the bone coloured robes in tallarn sand as opposed to Wraithbone: 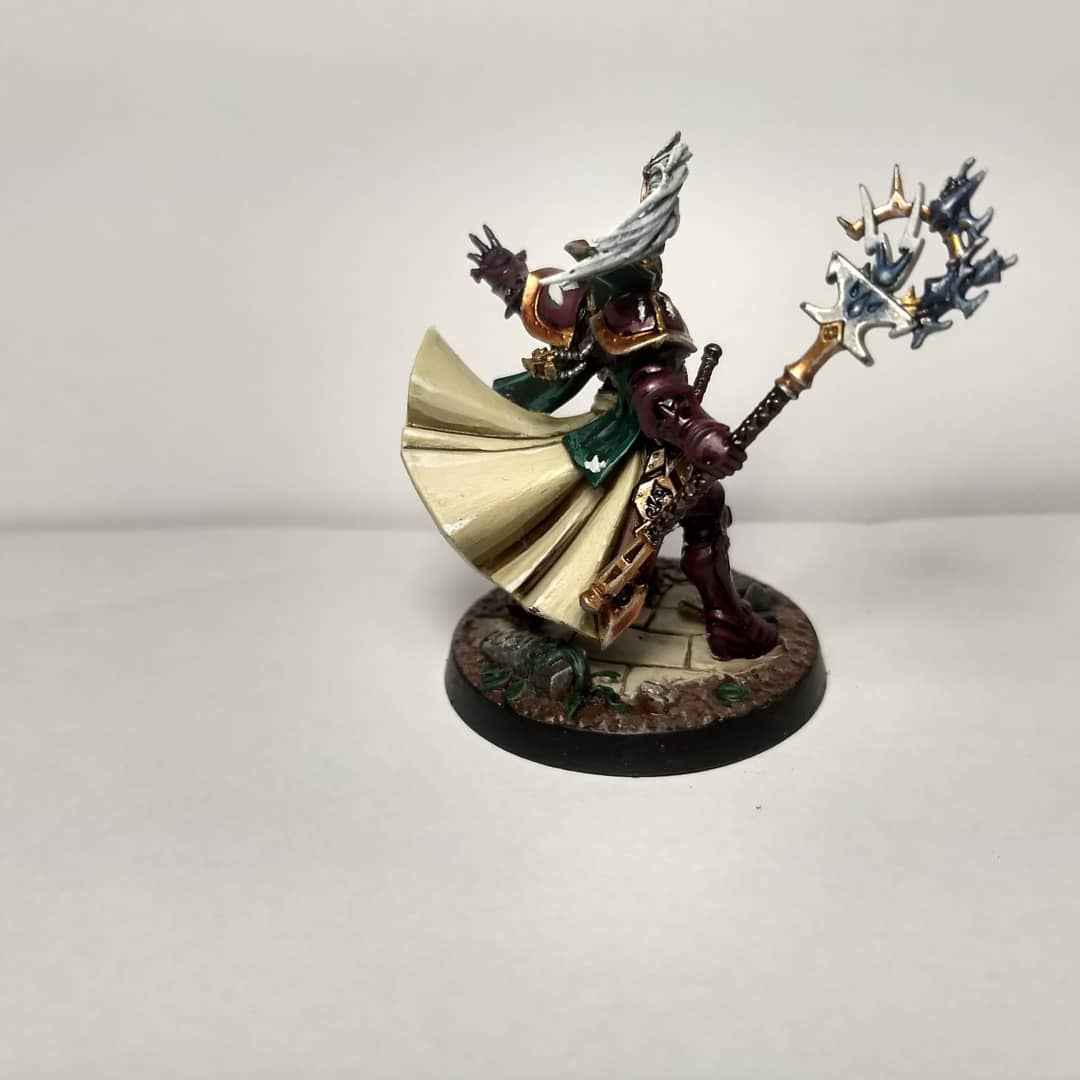 Personally I find it looks much better and serves as a much more natural base to build up highlights from than Wraithbone ever did, so will be using that going forward. 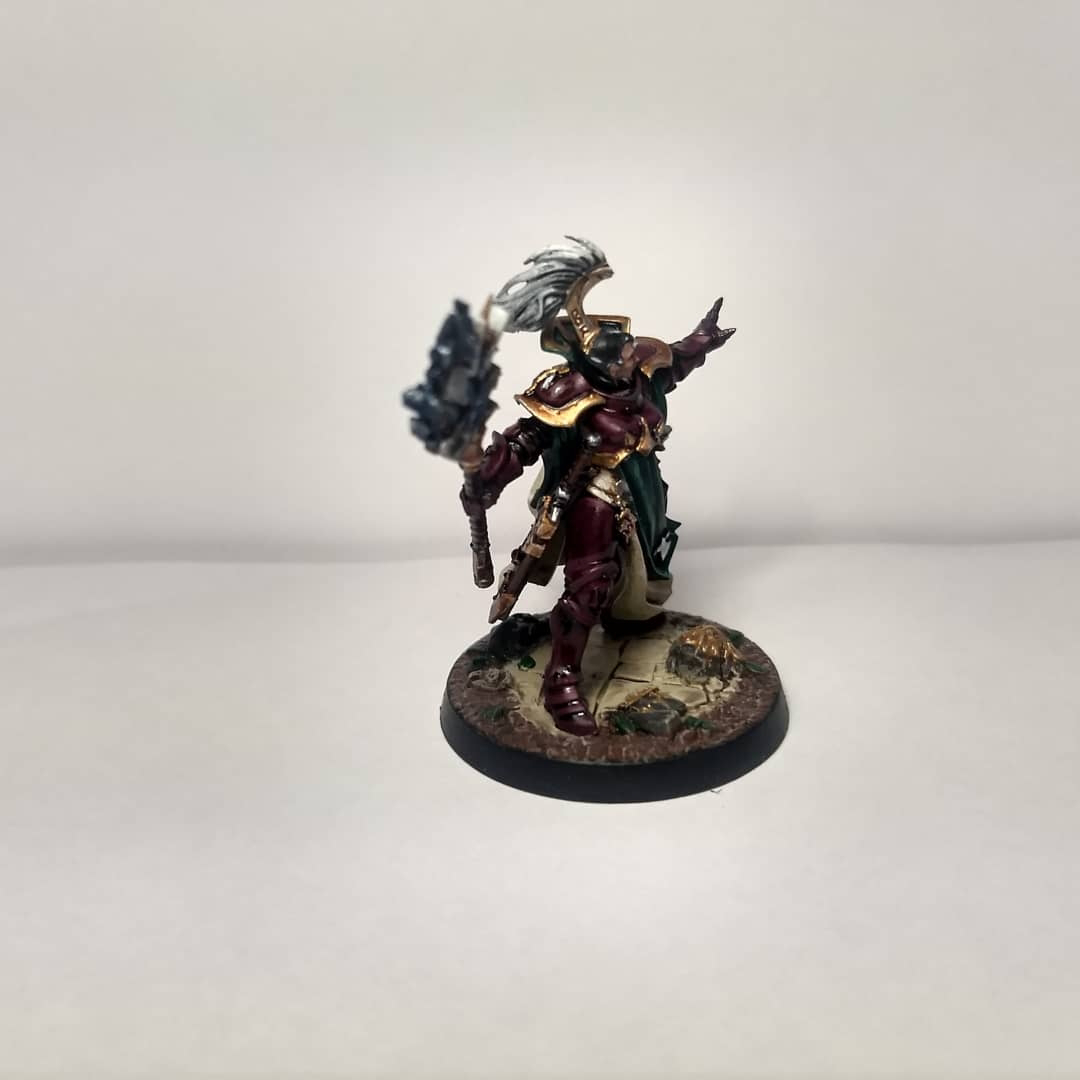 Next on the list of things to paint is a Knight-Questor. Whilst the rules for it might be lacking the model itself looks awesome, plus the lore behind it is even better! After that ive got a Celestar Ballista to paint up and another unit of 5 Sequitors, to finish by the end of July, just in time for the next delivery which for me will have the first of the big boys - A Lord Arcanum on Grpyh-Charger, which should round out my first 1000pts of Astral Templars.
So lots to do between now and the end of July but if I can keep up my current progress I should stay on target!
Sign in to follow this
Followers 0