Continuing on from my last post the next unit from the Mortal Realms magazine has been completed: 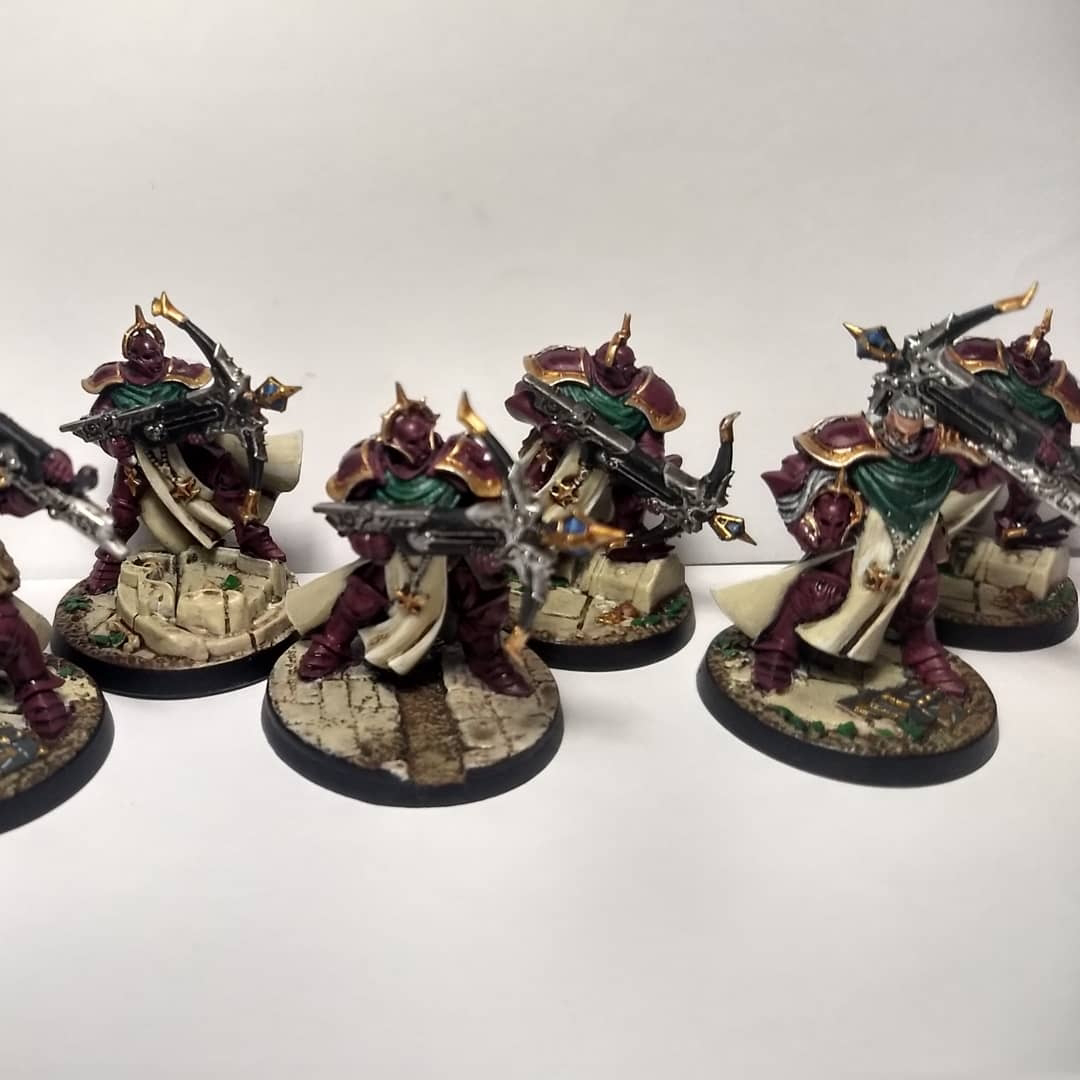 Castigators provide ranged support in a Sacrosanct army, very much counterparts to the Judicators in a strike chamber. That said the opinion of their performance on the battlefield according to the internet is lukewarm at best....
Still, the units was good fun to paint with alot of detail on the models allowing for a bit of variation from the scheme I used for the Sequitors. 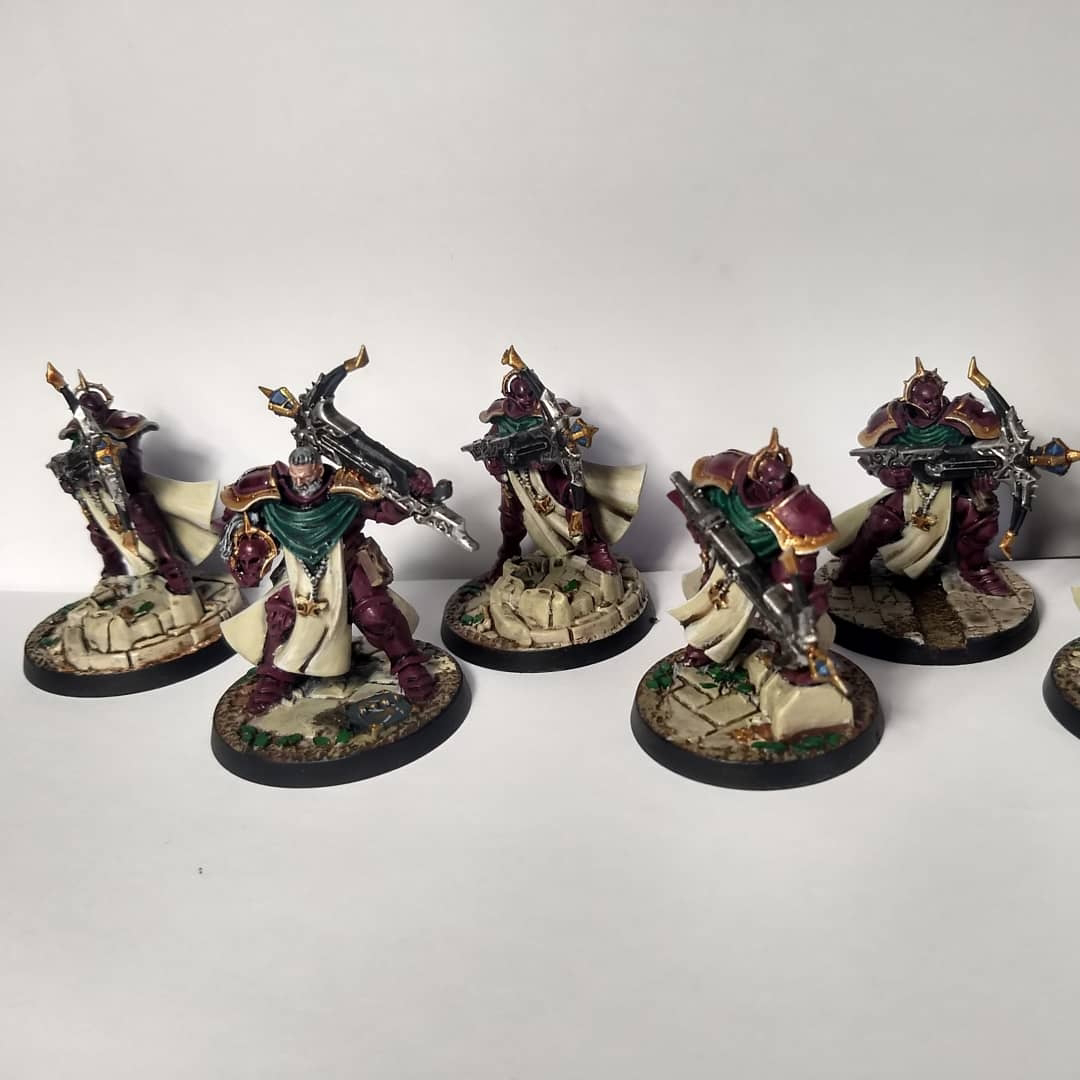 Being as these are the easy to build miniatures that I got through multiple copies of the magazine there's a fair amount of repetition on the poses. The latest issue though contains some multipart Castigators I think, so once I get round to assembling the 4 of them I should add some variety that way whilst also rounding out the unit to 12 in total.
Realistically I can't see myself fielding more that 1 unit of 6 in my future lists, possibly as part of a hailstorm battery but it's nice to have the option if I ever do decide to go infantry heavy!
Anyway, with these 8 completed this brings the tally up to:
Mortal Realms - Stormcast Tally of Completion!
6 x Sequitors - COMPLETED
8 x Castigators - COMPLETED
1 x Gryphound - ASSEMBLED & UNDERCOATED
1 x Knight Incantor - ASSEMBLED & UNDERCOATED
1 x Celestar Ballista - ASSEMBLED & UNDERCOATED
1 x Knight Questor - ON SPRUE
I need to revisit this tally business at some point, perhaps tracking completion against what I should have from the magazine as opposed to what I actually have. If only to make myself believe I'm keeping up with release schedule a bit!
In anycase, after painting all that infantry (I know it's only 14 models but that's alot for me!) I figure I'll reward myself by painting a character next to lead my erstwhile band: 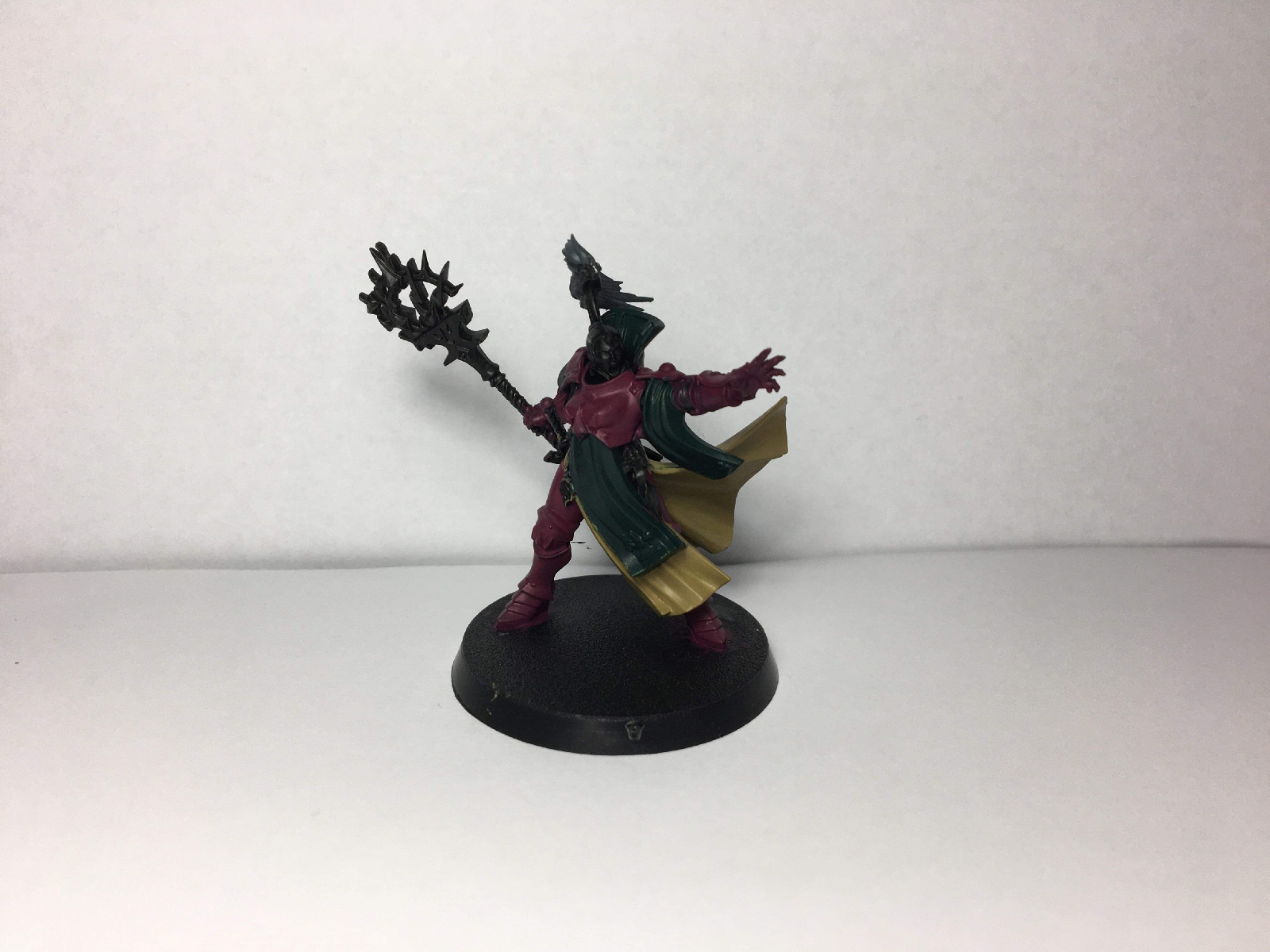 This is my as yet unamed Knight-Incantor with some base colours on so far. Hopefully if i can keep up the progress here and there as I did with the Castigators I'll have her done by the end of June, that's the aim anyway.....
Sign in to follow this
Followers 1