"W'soran woke slowly, reluctantly. Eyelids as thin as parchment peeled back from dull orbs — one a grisly yellow, the other milky white and blind  — even as thin, desiccated lips retreated from the thicket of needle fangs that occupied his mouth. The twin leathery slashes that were his nostrils flared, taking in the air instinctively. He smelled the effluvium of age, the cold, harsh stink of rock and the faintest odour of long-ago spilled blood."

Here we go, people. As an avid (okay, obsessed) fan of all things Necrarch, this book promised to be the mother lode, exploring the background and lore of our bloodline as seen through the eyes of the father of the Necrarchs himself, W'soran the Wicked:

W'soran, one of the first vampires and former pupil of the Great Necromancer Nagash, seeks to unravel the secrets of life and death. But his hunt for power is interrupted by a civil war in Mourkain, the mountain nation ruled by his former ally, Ushoran. Now W'soran must battle old friends and new enemies as he weaves a complex web of treachery and deceit in order to anoint himself the Master of Death...

What did I think?

How couldn't I love a story that brought both W'soran and perhaps the second-most-infamous Necrarch Melkhior together? As I've already mentioned in earlier reviews, what really captures my imagination and inspires me in Black Library's books isn't the (often generous) fighting or even the grimdark fantasy but the characters and their relationships. W'soran wouldn't be half as interesting without his scheming pupil, and Melkhior might seem motiveless if not for his father-in-death, ordering him about like the lackey he is.

"Melkhior jerked back, surprised, his flat, black eyes gleaming in the sudden blaze of light and his monstrous features writhing in consternation. Melkhior looked akin to nothing so much as one of the great bats of the deep dark, squeezed and twisted into a mockery of human shape."

Ticking away at the back of the reader's mind is the knowledge we have as gamers and fans of the established background of how this unvoiced conflict plays out. Josh knows this, and his solution is both satisfying and fiendishly in-character — I was cackling when I realised what had happened.

Of course, the book also explores W'soran's relationship with his peers and (dare I say) equals in the form of Neferata and Ushoran. The book does a great job of painting that picture, helping the reader to understand, if not justify, W'soran's actions and motives and build up a relationship of their own with him.

"Even now, after everything that had happened he still felt it, burning in his gut like a slow poison. The need, not for blood or to feel the life of squirming prey ebb from twitching meat, but for — what? — respect, perhaps? Acknowledgement, certainly; the admission of his superiority by those who dared to call themselves his peers."

The story continues on from Neferata and the exploits of Ushoran in Mourkain, so if you enjoyed that one, you'll want to give this a read.

My favourite thing about the book?

There's a moment, deep beneath the mountains, when Melkhior introduces W'soran to something he has found buried in the dark. I won't quote it as it will spoil that moment for you but the reverence and awe that W'soran experiences, standing in its presence, is quite moving and does justice to a creature so often flaunted in fantasy novels without due respect for its sheer size or majesty.

Look out for it.

Haven't read it yet? Order a copy, turn down the lights, and dive in...

Related read: Am Reading: Neferata: The Blood of Nagash

Am Reading: The Rise of Nagash 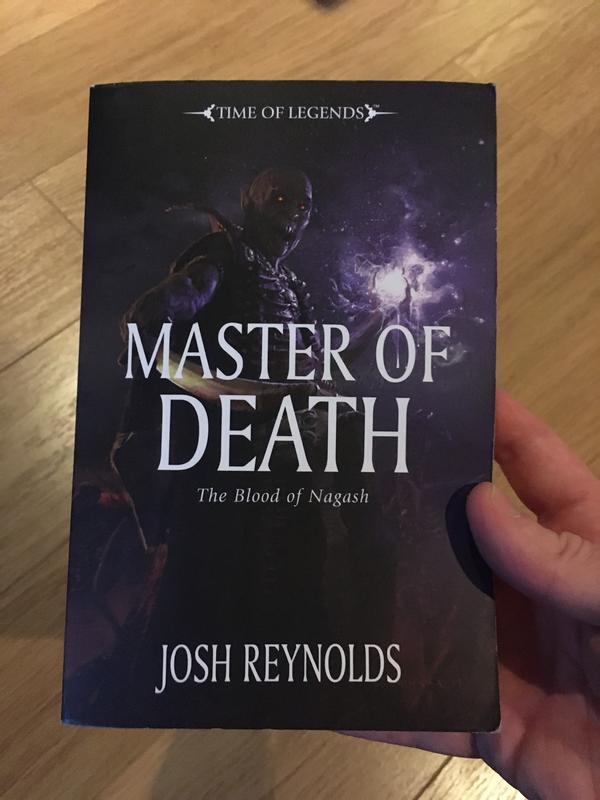 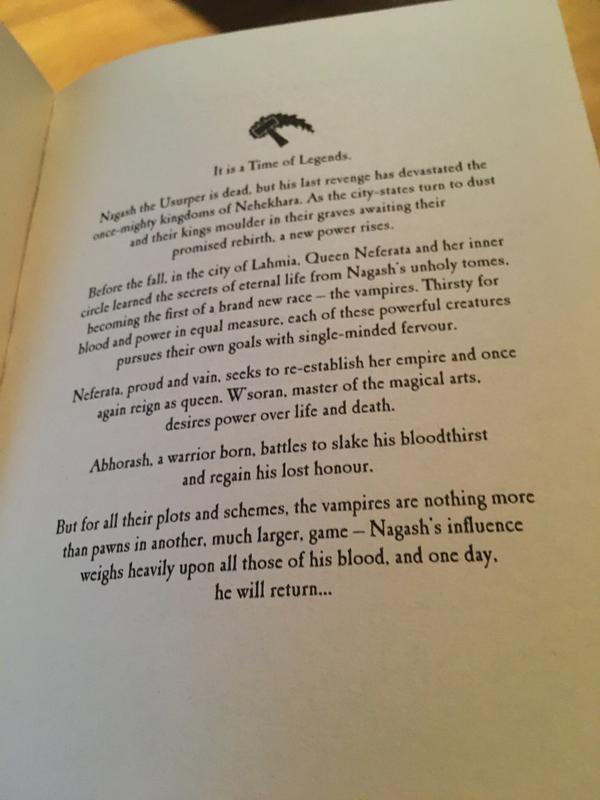 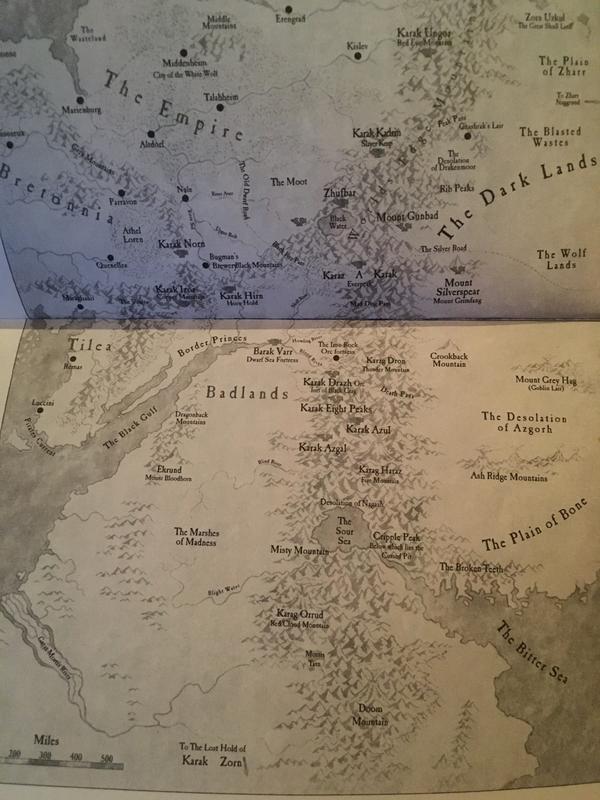 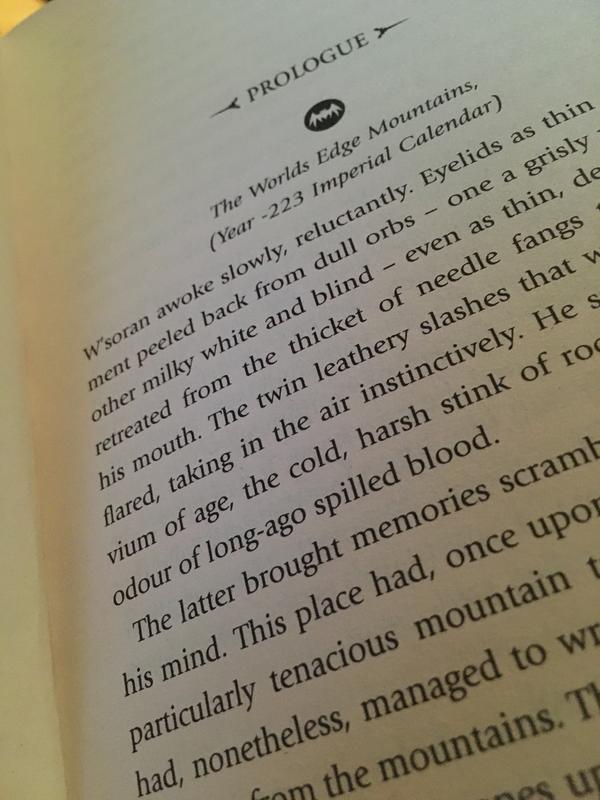 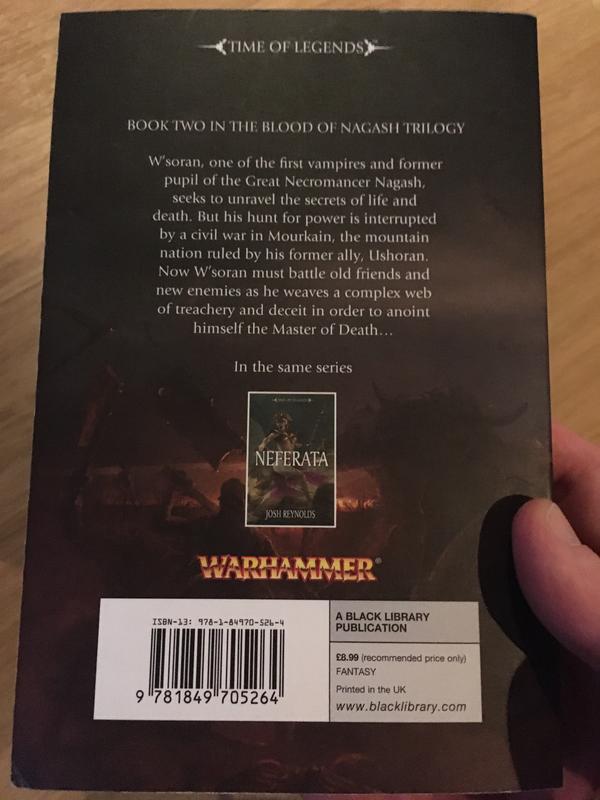