For this instalment of WIP Wednesday, meet Caspar, often known as Lickspittle, a priest of Necros, most subservient and loyal to The Ancient One.

Caspar spends much of his time keeping watch while his father sleeps and waiting on him when he wakes. Of all The Ancient One's get, his obedience is willing. He is particularly jealous of Eli and the good favour the Blissful One receives. He calls The Ancient One ‘Master’.

This is his small coven — on the tabletop, counts-as Vargheists. Caspar is based on a classic (2006?) Necrarch sculpt. A Tomb Kings banner top represents his collar/headpiece. His left arm is from the Crypt Ghouls kit, his right the bone-quill from a Nurgle Tallyman. Between these tweaks and the joyous expression you can see across his Abhorrent Ghoul King head, you can hopefully see just how much he is enjoying his work...

More about me: Joining the ranks 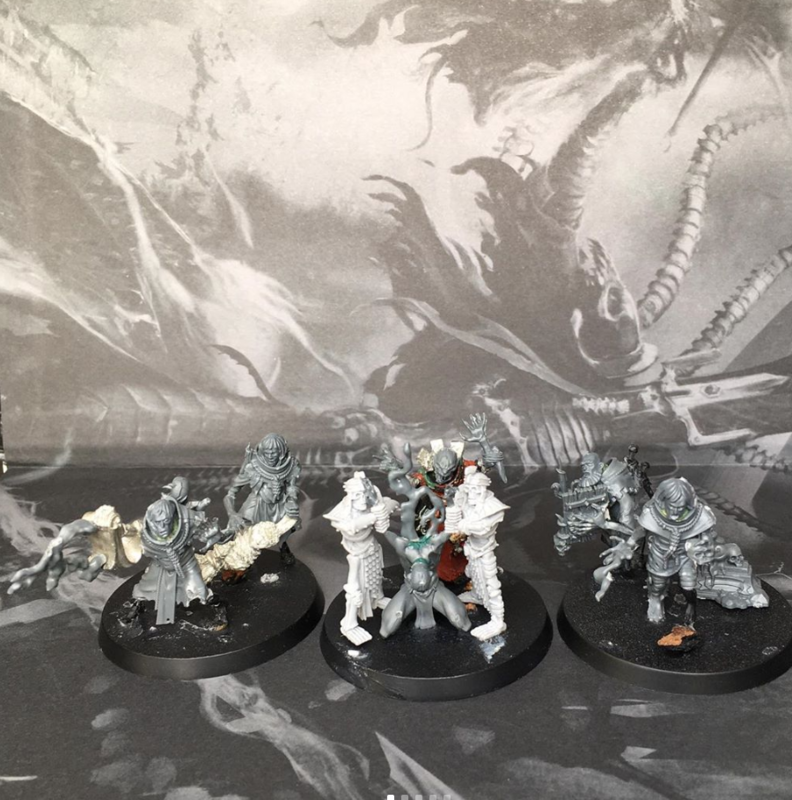 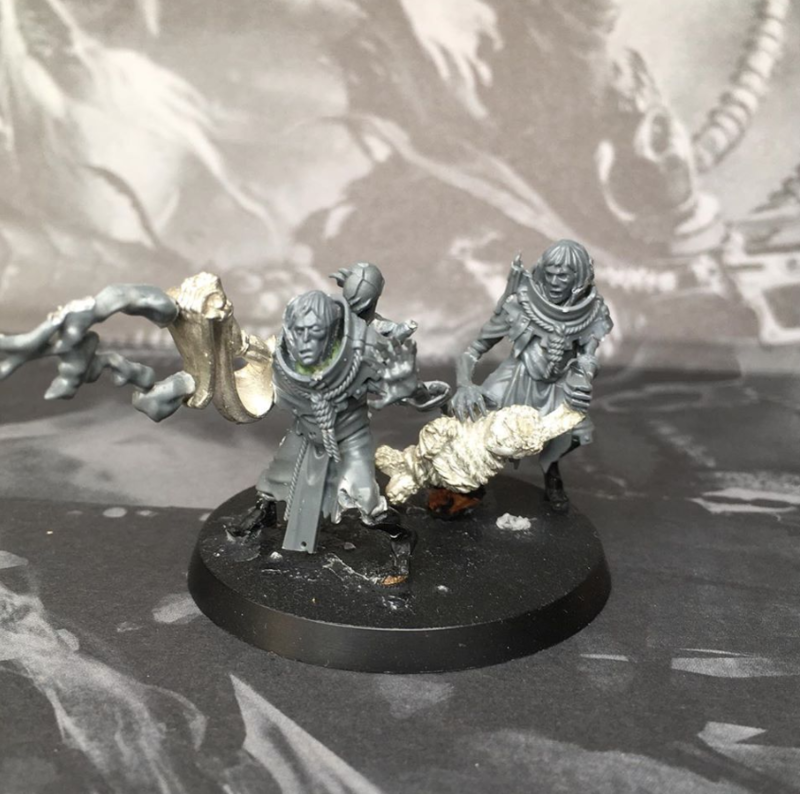 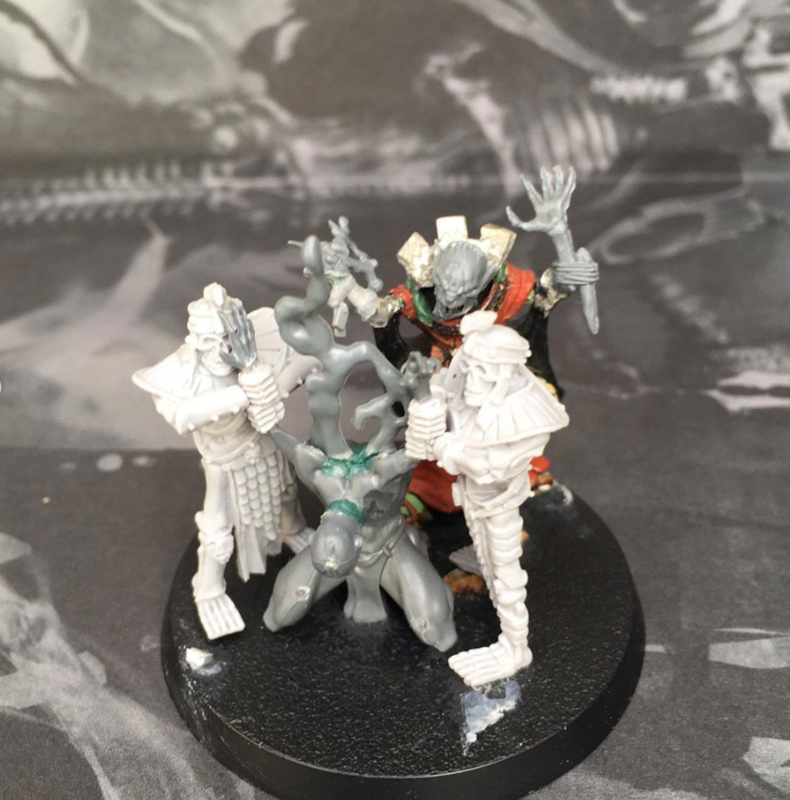 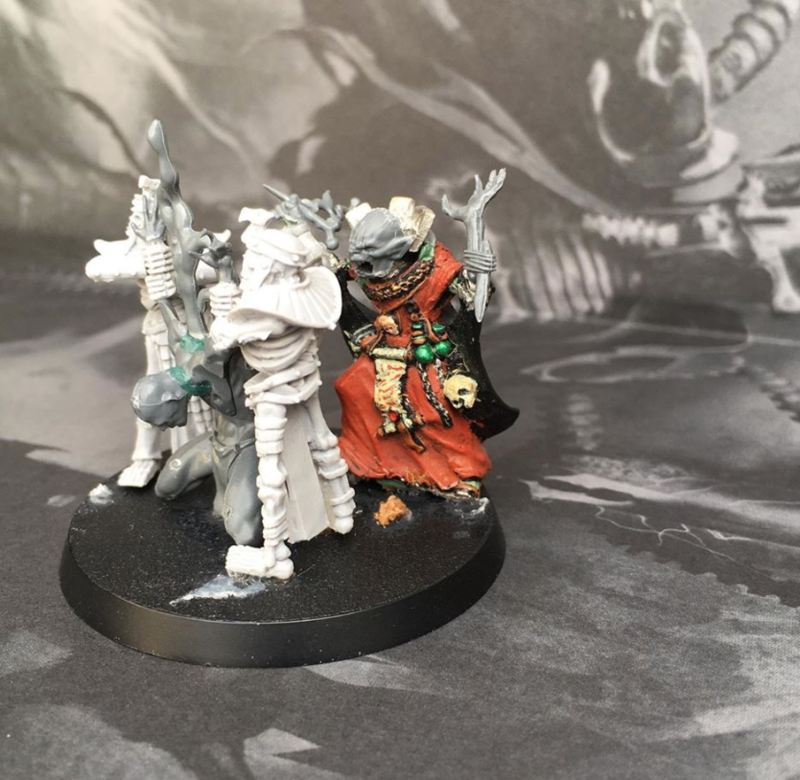 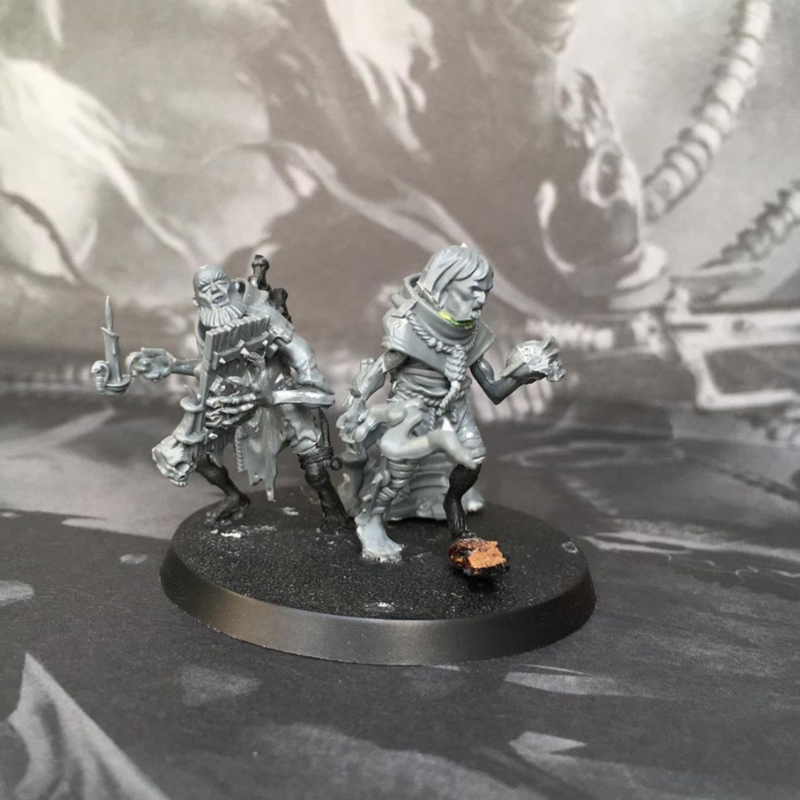