To take a break from painting my darkshards I've made a start on the celestial hurricanum. I think the model holds up very well considering its age, there's lots of great detail and bitz to keep hold of.

It's also probably the most complex kit I've worked on so I thought I'd keep track of my progress.

I've made a couple changes to fit with my army narrative which I think work pretty well. The main one is the replacement of the cart horses with a mutant ogre.

Lore: One of the Caravan Company's early sponsors, ogre chieftain Thorag Goldtooth met an unfortunate fate following a disagreement with the troop's sorceress. His continued attempts to renegotiate the Darkling Coven contract was followed by a mysterious bout of warpstone poisoning lasting several months. Thorag's growing aggression and mutations were halted only with the help of a travelling runesmith who bound a dwarven seal into his chest. Though highly unpredictable Thorag remains a key part of the caravan, hauling the hurricanum through even the most treacherous of terrain. 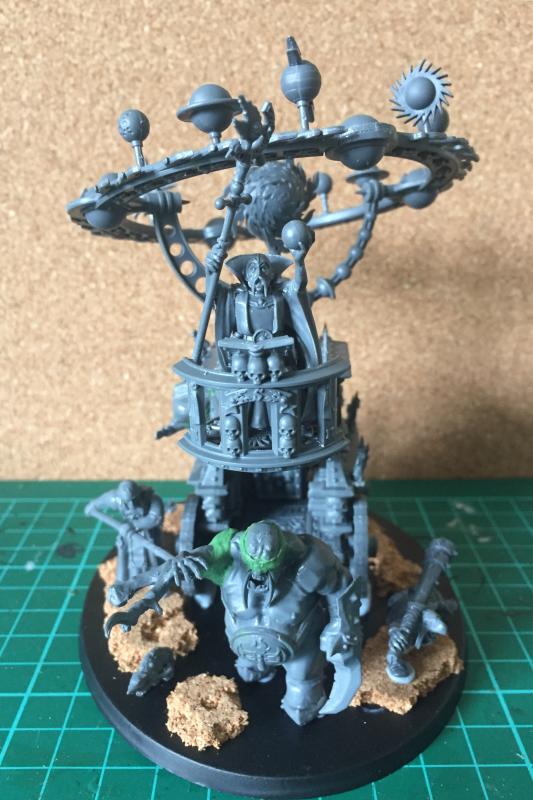 Front View. Minus basing and the sun cage. 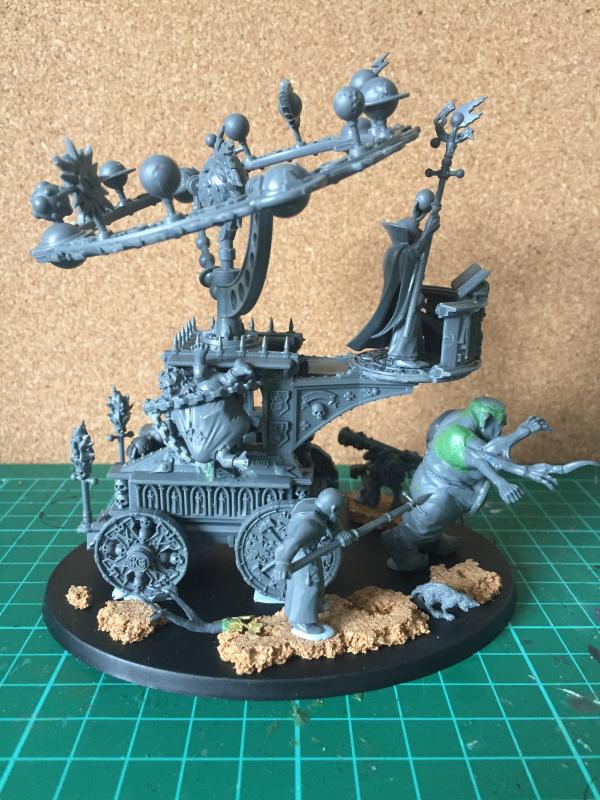 The fallen are sometimes collected to appease Thorag's voracious appetite, a topic of much controversy among the caravan guard.

The attendant stands watch ready to give the ogre a sharp poke if he deviates from the course. I had another version using a polearm and meathook to steer the ogre but the positioning didn't really work. 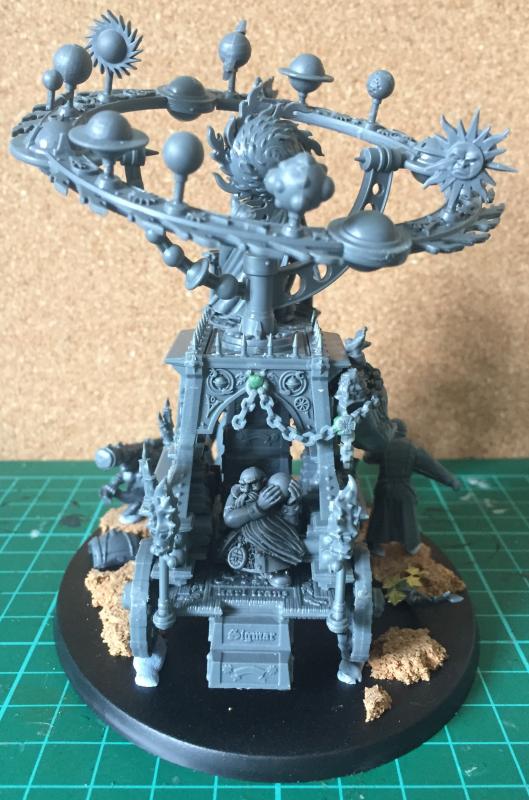 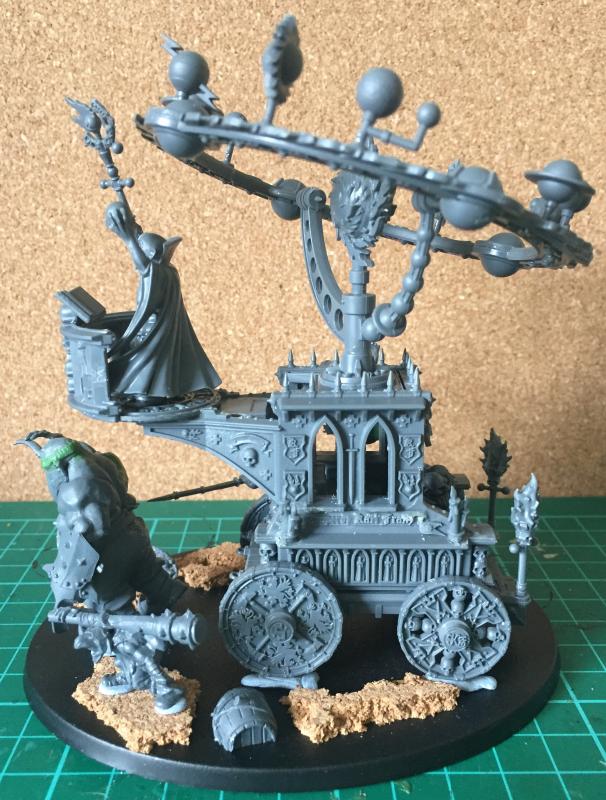 Side View 2. Thorag's trusty gnoblar. He's a useful lookout for the caravan and  often sent out to pick the battlefield for scraps. Whether he stays for loyalty or just because he has nowhere else to go is uncertain.

These pics are held together with blue tac but will be undercoated separately. Currently in 13 parts. 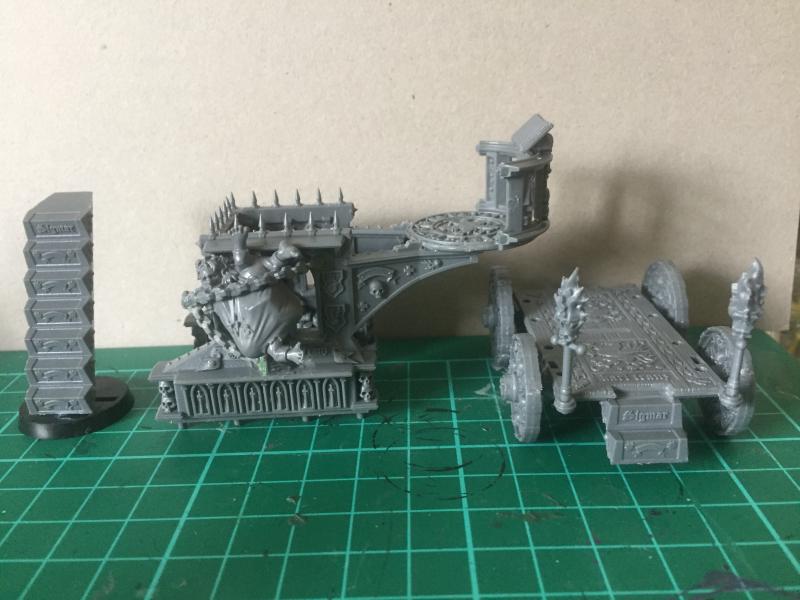 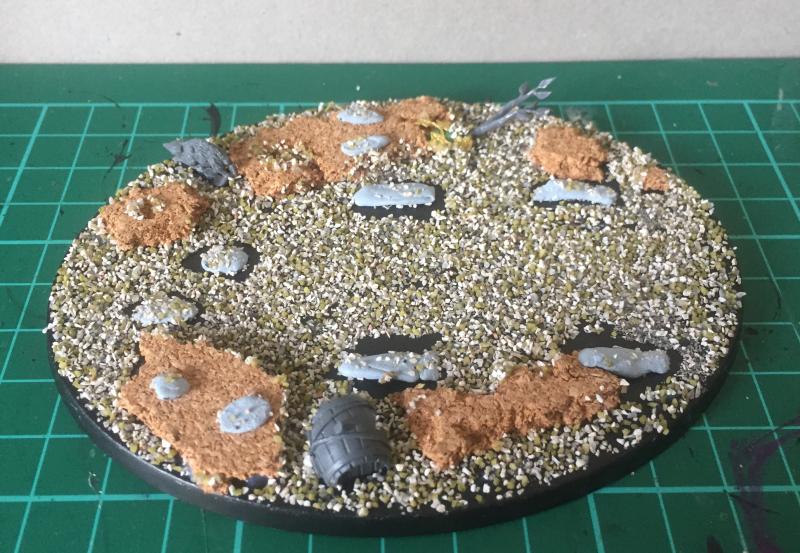 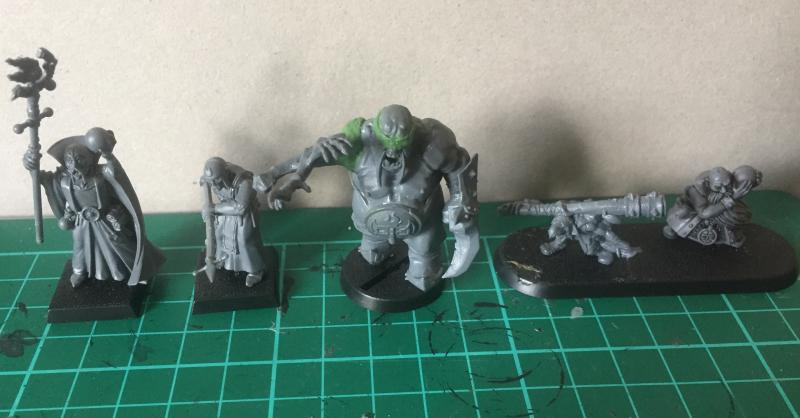 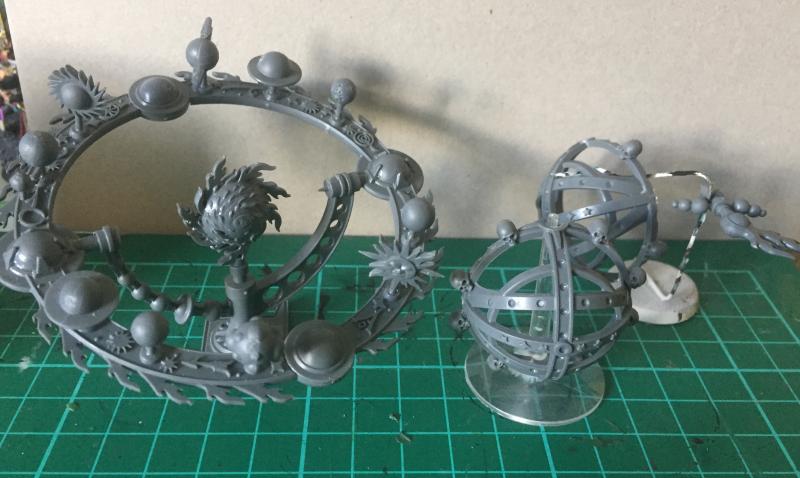