My Matriarch Teclisa, agent of Malerion, welcomes you to the NicoLab. I’ve been reborn (or perhaps magically cloned) for the Third Edition of Age of Sigmar. In this post, we’ll:

What is Iliatha and why should I care?

Iliatha is one of the original 4 Great Nations (subfactions) for Lumineth.


The narrative for Iliatha relates to one aspect of the experimentation with volatile magic that nearly brought down the Lumineth Race, namely magical cloning.

Iliatha is Matriarchal and focussed on life and improvement through “propagation” and  “communal and generational change”.

This extended to creating “clone-twins” and even quintuple doppelgängers of themselves: 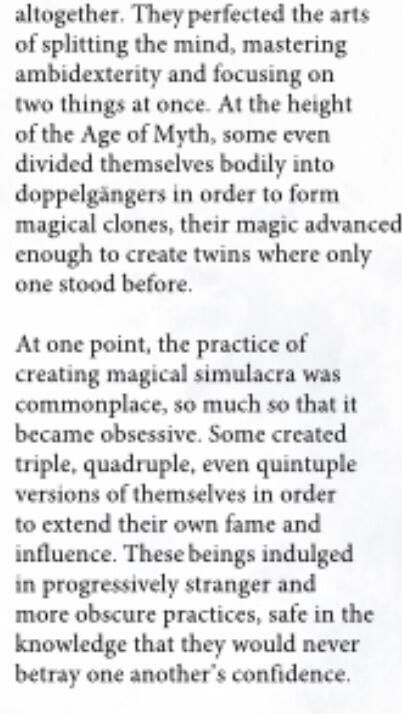 Ultimately these led to “paradoxical miracles” and “breaches in the laws of reality”. Naturally this opened the door to Slaanesh.

Since the Reinvention, new clone-twins have been limited to “two physical iterations”, but some of the original clones remain:

They take measures to contain the dangers of clone-twins, sometimes by having each twin dress differently or study different military arts (the emphasis is on Vanari Wardens with spears and Vanari Sentinels with bows, but also Aelementiri (Stoneguard and Roo-Riders). See page 26 of the Battletome.

The narrative talks about Iliatha being “disturbingly” “close-knit”. Their shining hosts house “clone twins that are essentially one mind in  two bodies”.

One regiment “will instinctively know which course of action another will take, lending them an uncanny unity….”

The narrative talks further of simulacra amulets, which create a clone on the bearer’s death (who proceeds to slay the killer of the bearer).

Due to underwhelming rules in version 2 of AoS and other compelling options, it was rarely seen in competitive play despite being the most populous of the Great Nations. The addition of Alumnia and Helon did nothing to improve Iliatha’s appeal.


The Hierarchy of Rules in AoS

The Sylvaneth Battletome is a great illustration of the way in which Warscrolls adjust other rules. The Navigate is once per turn and instead of a normal move. However, Treelords, Derpu, TLAs and Tree Revenants are able to use Navigate instead of a normal move or a retreat and (implicitly) in addition to the once per turn rule. The specific rules on the Warscrolls trample (pun unavoidable) over the general Battle trait rules.

Sidebars in the Core Rules


So if you cast Levitate in your turn, then this does override Warp Lightning Vortex (if you’re already in range when you start the move).

The sidebars, which clarifies that the effect of an area of effect ability is deemed “applied” when the relevant unit in question is first within the relevant range: not when it benefits (or in this case when it suffers). This means that the effect of Warp Lightning Vortex is already deemed applied when the WLV is setup. When the opposing commander casts Levitate in her next hero phase, the effect of Levitate is applied. This effect is “the last one to be applied”, so it takes precedence under rule 1.6.3. 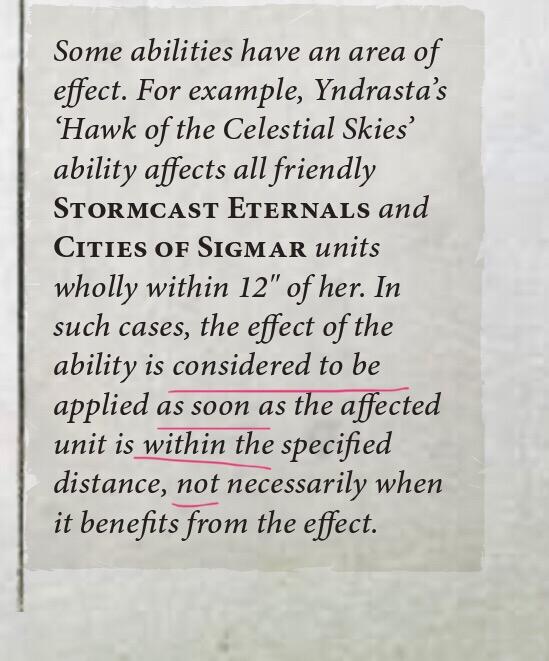 Kudos to Admiral Leigh of the great ship Aethercast for spotting this!

The Structure of the new Core Command Abilities

Rule 6.0 is not an Exception Rule

Purposive interpretation from the narrative text around the Rules