This is my newest project. The idea is an Ulgu based army with the Cauldron as centerpiece spilling out blood, that'll run through all the bases of the army. After assembling and painting the models I've realized I'll never get a witch elf based army finished, so the army will focus on hereos and snakes. Hopefully, I'll add my old childhood metal executioners to the army at some point! But I need to pin all their damn swords first.
The scheme is Drow inspired and I pretty much copied a guy named Luke Torr on Twitter. He paints way better than me, and shares his work and methods liberally, so you should definitely follow him if you like this.

So far, I've finished my first unit of witches and a hag. The Cauldron is coming along, hopefully soon! 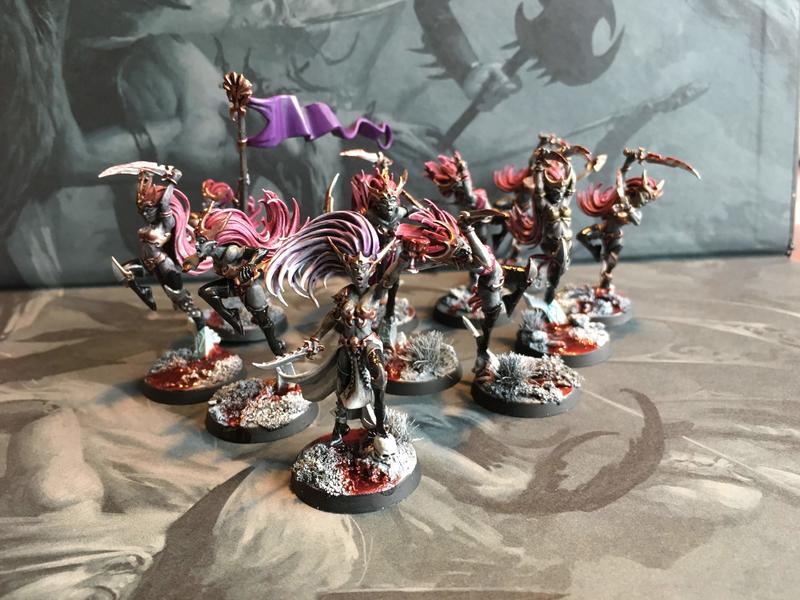 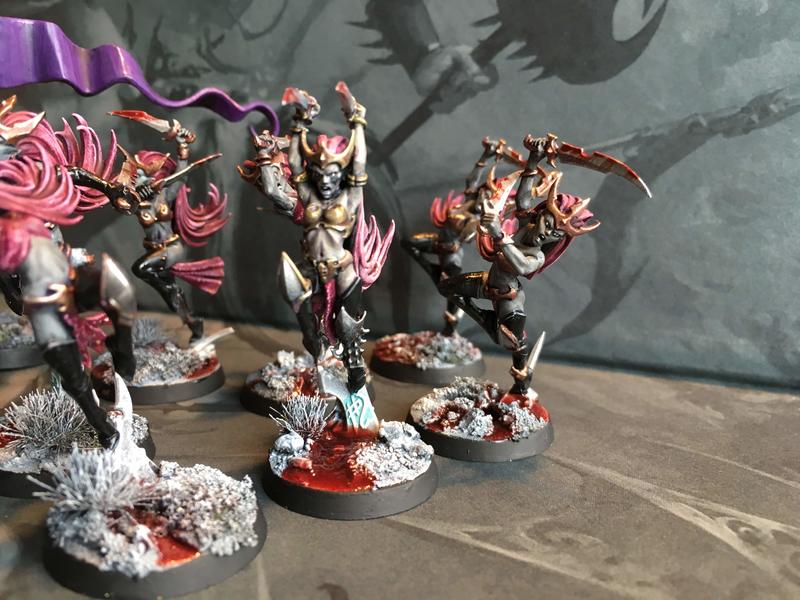 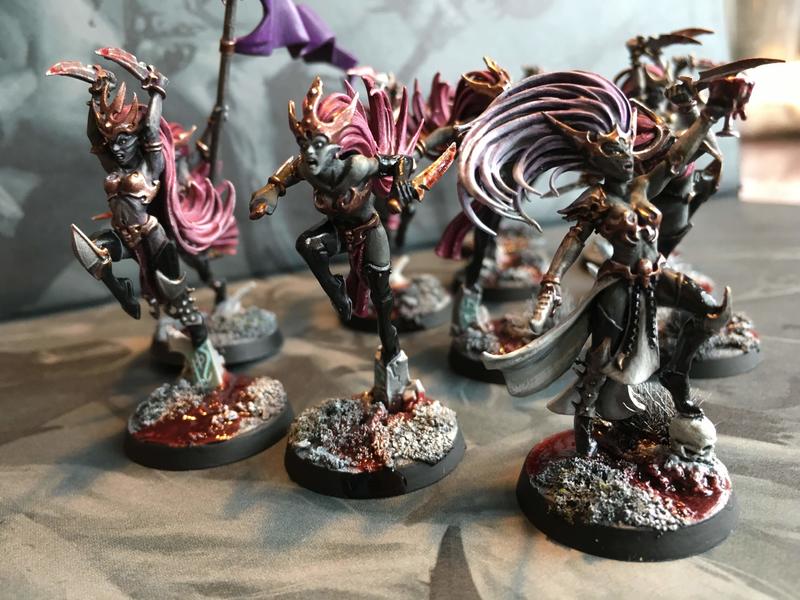 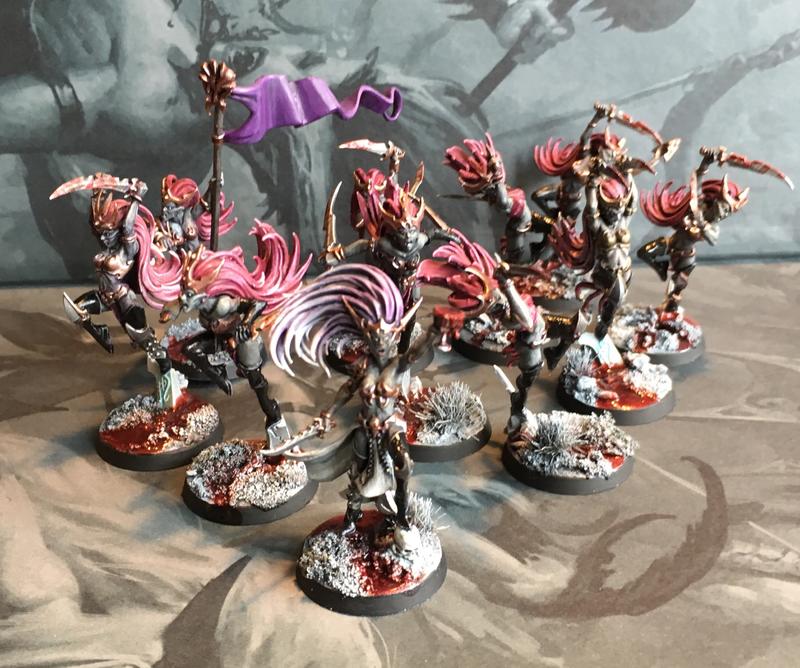 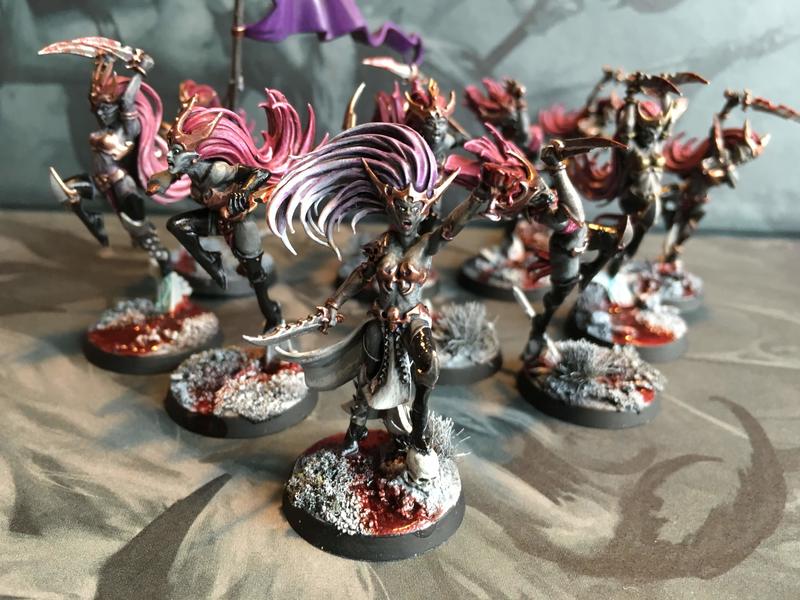