Today we have a post from NEO Chuck Moore about planning to run his Coalescence event.

Hey Everyone!   Chuck from The Realm Gate Blog here.  I was invited by the NEON Team to talk to you about all the preparation I have been doing for the one-day Age of Sigmar global Coalescence event!  You can see my follow up post later this week.

Ever since I was able to confirm dates and sign up to run the event it has been a whirlwind of activity!  If you are looking to run the event in your area there is still plenty of time to get things in motion.  The How to NEO   posts on TGA are a great resource to check out. 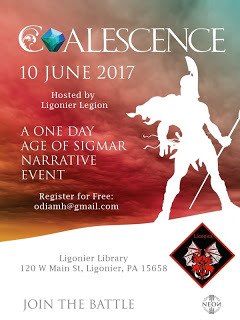 When I began preparing for the event, after I confirmed the dates at my local club, I started by writing out what I wanted from the event in my hobby journal.  First,  I wanted to promote beyond the local club with flyers and social media.  Second, I wanted to ensure those visiting got to play on the best tables the club could produce and thankfully this was already on the club's mind.  Lastly, I wanted to give out as many goodies as I could and thanks to my FLGS The Toy Soldier Gallery and Games Workshop was officially confirmed as of this past weekend.

The How to Neo blog posted up a great blank flyer in order to use to promote your event and thankfully I had a bit of Photoshop background and got to work.  I created a simple flyer based on another Neo's event flyer that seemed to work nicely.  I had them printed on some heavy card stock and began hanging them in all the local stores.  My local Warhammer store was also excited to help me promote the event. 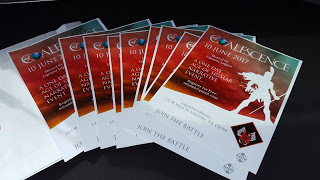 While word of mouth and guerrilla marketing can be effective it is the modern age and I headed over to social media to create the event and post it on all the local groups.  I was delighted to see others began to share and comment on the event and some even shared it to their local pages before I had a chance.  It was a good community feeling as people were getting excited about the upcoming event. 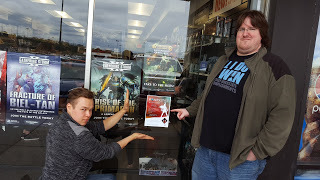 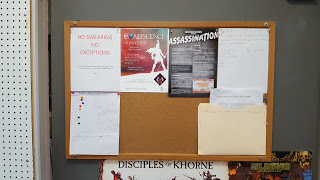 After the excitement calmed in my head the realization that I had to ensure a great event began to set in and the daunting task truly began.  Recently, my Club has looked at its current collection of terrain and tables and saw we were lacking in quality.  We are dedicating out next Club Day to repairing and creating terrain for ourselves.  The club is moving in a very positive direction and I couldn't ask for anything more as their recent efforts have been humbling.  I looked at myself and my personal collection of terrain I have unpainted.  I am working on painting it all to prepare for the event and have made good progress.  If funds and time allow I plan to pick up one of the new FLG Mats from Frontline gaming to have a great Table 1 for the event.

The last item in my mind to prepare for the event was prize support.  I have commitments from players who will be driving in and possibly spending the night nearby to participate in the event and I wanted to ensure they all had a chance at some great prizes.  My local club is and always has been a Free to Play club and it will remain so for the event as well.  It may seem like a conundrum to have prize support without any kind of entry fee, but it isn't as hard as you might think.  The first thing was to create awards to hand out.  I will be printing and be framing these to hand out alongside the prize support. 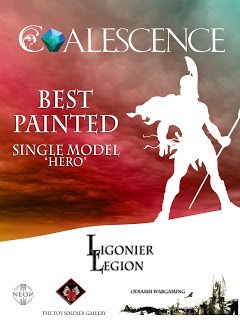 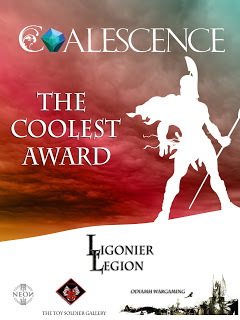 Our club plays in the basement of our local Public Library.  They offer us this space for free and we have plenty of space for 30+ players at any one time.  Plus being in the basement we do not have to be concerned with noise as much.  Being an independent club we can go directly to Games Workshop to request support by emailing their community team, but we are very lucky to have a local FLGS that supports us within the town.  They do not have space enough for us to play which is why we play at the Library, but they are a key part of our Club. Through them, as well as support from Games Workshop, the event will have a plethora of Games Workshop Kits to be passed out as awards.  All I had to do was ask, it is really that simple!  Okay, maybe not that simple. 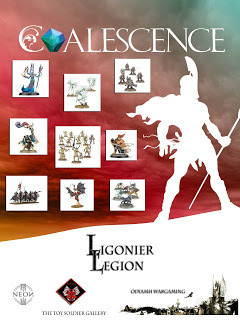 I have run the Age of Sigmar events for the club since the game was released.  The owner of the FLGS knows my commitment and the effort I put into my events so he was very willing to help out alongside GW for the event.  Creating that relationship with FLGS is important, but establishing yourself as an event leader in your Club is the key as not every club has an FLGS near.  If your local Club doesn't have a clear leader for Age of Sigmar Events I cannot recommend running Coalescence enough.  The NEON team has really made this easy and with the soon to be releasing event pack you have all the tools to succeed.  There is still plenty of time to get the event ready.  All you need is the ambition to do it!

If you have any questions for me please feel free to reach out to me on Twitter or any of the NEO's out there as I know they would be happy to help.  Please check out my follow up post about this topic on my usual Friday post on blog.  Happy Hobbying! 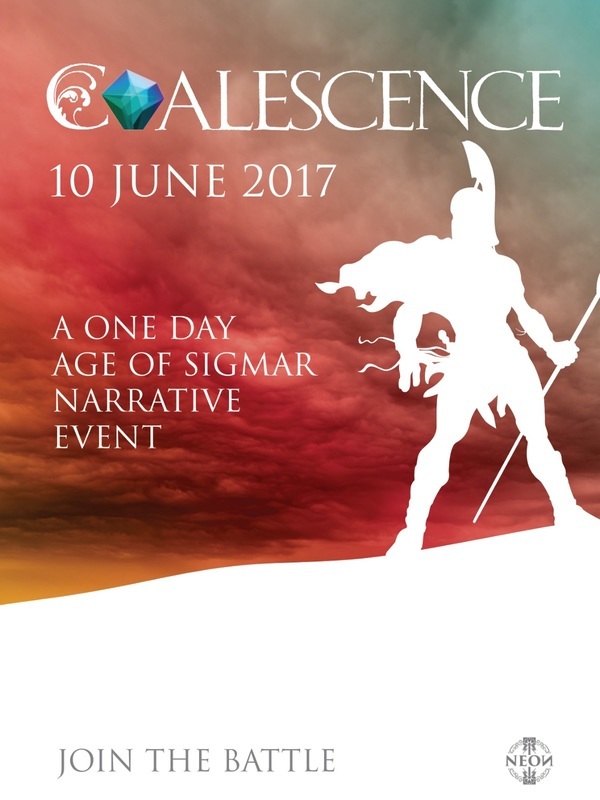