I've started around ten armies before, in all sorts of games, but I've never so much as finished a unit of anything before moving on. Until now!

I came back to the hobby just before lockdown 1 hit this year, and it's genuinely been the best thing that isn't my cat through some very dark times. I picked up individual models from Age of Sigmar and 40k, but didn't love painting Ogors and Space Marines, and kept chasing the meta a little bit which resulted in some uninspiring hordes of plastic. So I sold that stressful backlog and did a proper dive into the lore and when I read Gloomspite that was it. Grimdark goblins! Then, the Mork rules appeared in White Dwarf. The Gloomspite range is one of the few in the GW world where I love literally every model, which I realised is the most important. So I bought some hoppers and the Loonboss on squig, and got going.

I went through a ton of colour ideas before going with what I have. What really helped was writing a little story about who my guys were. Ahem:

Grumdank Gribbleshinz and his clammy clan of goblins have spent far too much time in a deep dripping cave. A small warband took shelter in here years and years ago, and not having the will power to find an exit once they were lost, they made their home far down in the darkest passages. There, they bred like goblins. Without daylight, food that isn't bogweed, and only other horrible goblins for company, they went slowly mad. Today, they're extra mouldy. Their weapons and armour - once forged of the worst possible metals - are now rusted to bits, and their squigs are bloated, blind, and a really horrible colour. Recently, though, they've been feeling the call of something bigger than all of them, something celestial, something bad. Squinting and complaining, they've ventured out for the first time in years.

This made things easier. This was a gang of grots that hadn't seen the sun, and lived in damp puddles it's whole life. Their weapons are rusty, their cloaks rinsed of any dye, and their squigs are that awful colour slightly nicked from the Morlocks from The Time Machine.

I painted up the boss first, because why start with an infantry model? He turned out like this: 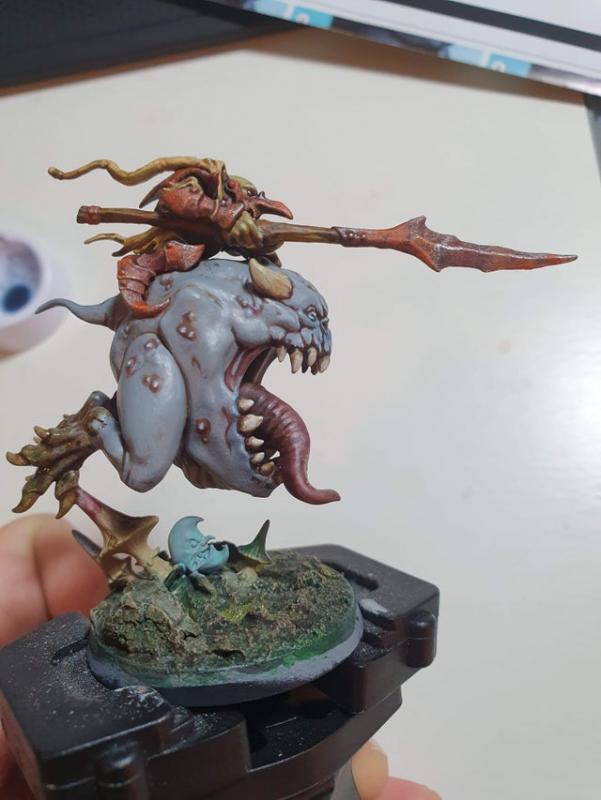 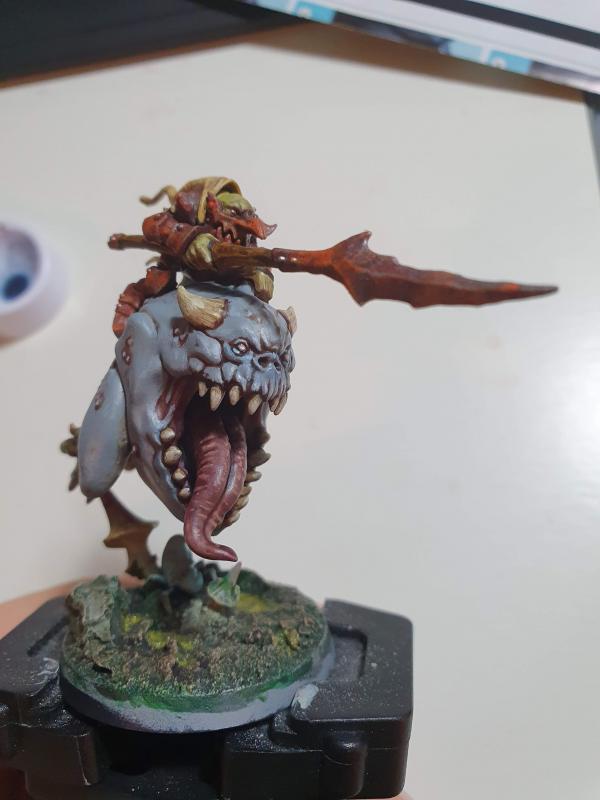 And here's his terrible bum. 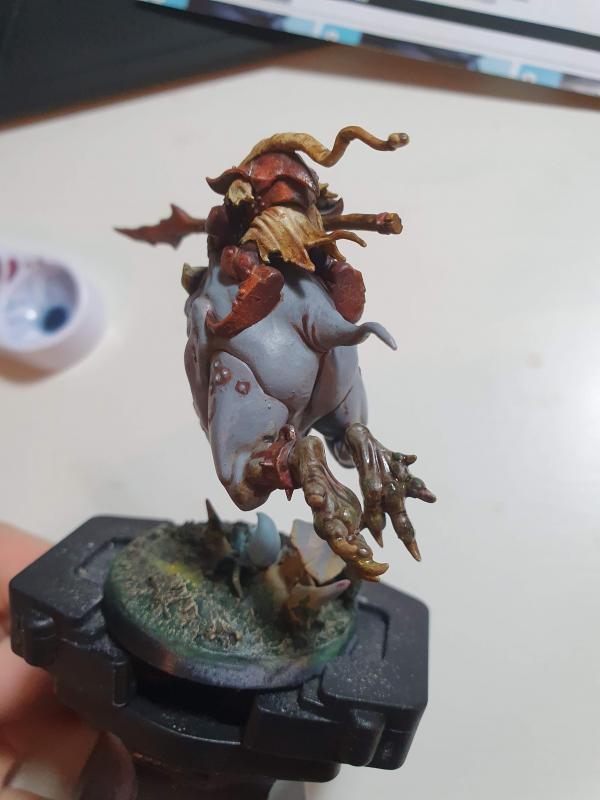 I was SUPER happy with him. I love painting browns and muted earthtones the most, and I thought it was a nice contrast with the ridiculous model.

So then it was a case of painting the hoppers. These aren't the best photos, but finally for the first time in my hobby career I had a full actual unit: 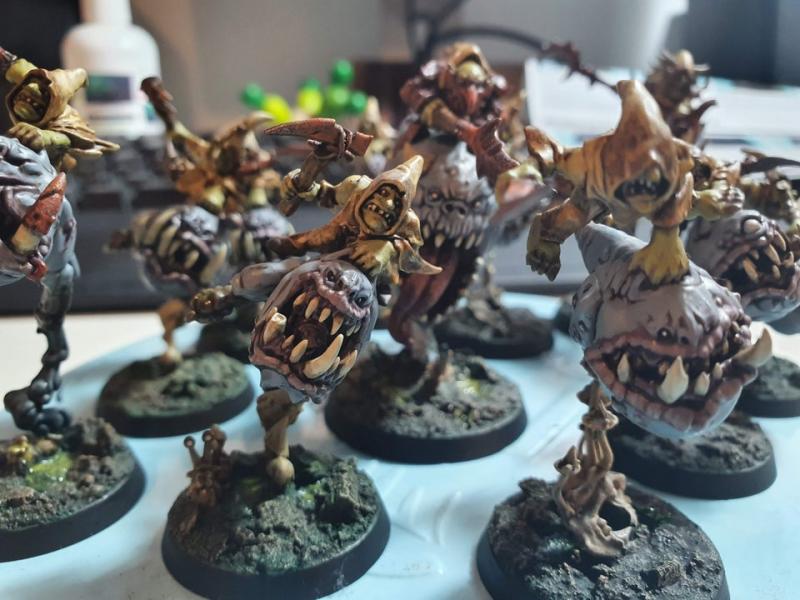 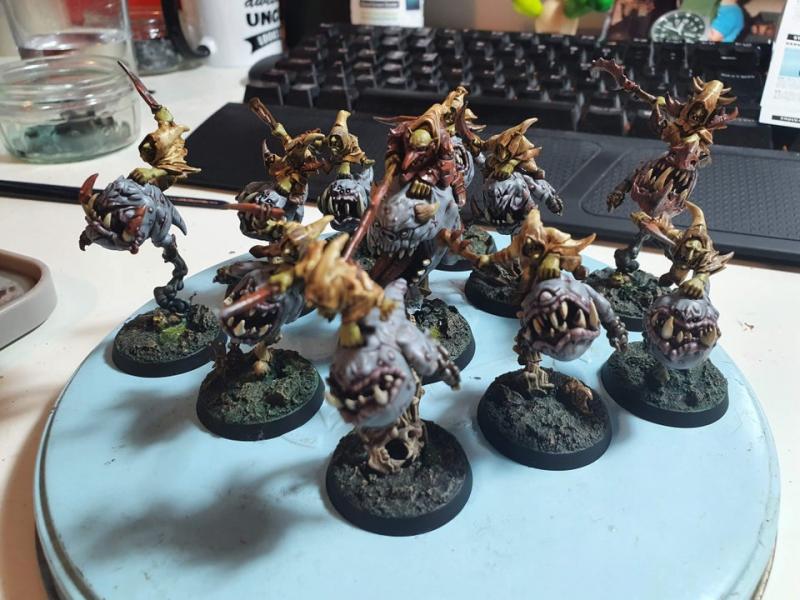 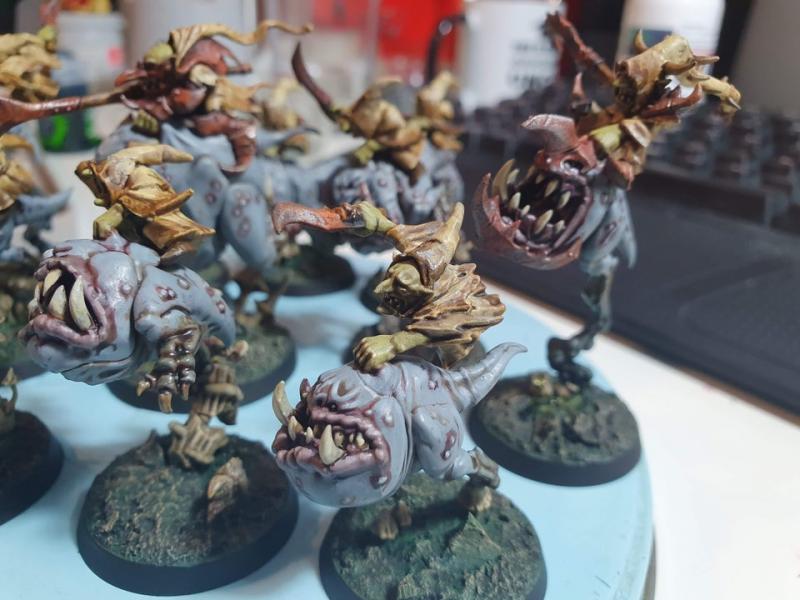 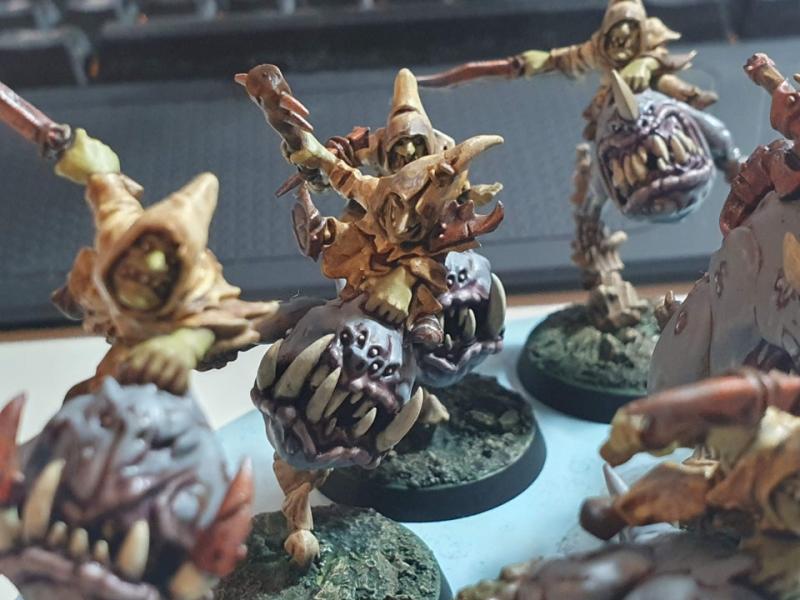 I have a squig herd and some Boingrot Bounders primed and ready to go. I'm really hoping that keeping this blog will make me stick with it, and actually complete enough to learn to play this game. Hope you like em! 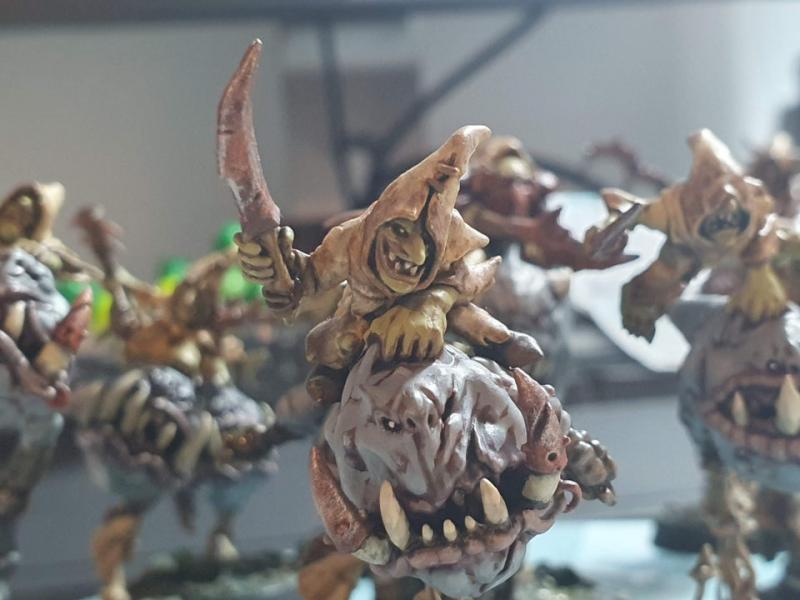