Marl Xarks carreer as an Arch-Warlock and Leader of the Great Revoluthing Army nearly ended during his first battle on Hysh. As a young warlock engineer the skyre army of his clan was beaten at the first contact with the Stormcast Eternals. Marl was captured and taken to Azyrheim, from which he managed to escape with the help of a team of eshin skavens. But he didn't leave unchanged. Seeing Azyrheim was an enlightenthing form him and from those days on, he wanted a better future for all skaven. During his Odyssee – that in the end lead him back to Hysh – he managed to gather a collection of rather exoctic "partners" for his cause, and his extrodinary skills as an inventor secured a steady income as well as an arsenal of deadly weapons and servants and something in between. These are the stories of his adventures … or rather of his defeats, the victories of his enemies, disasters and quite a few explosions … 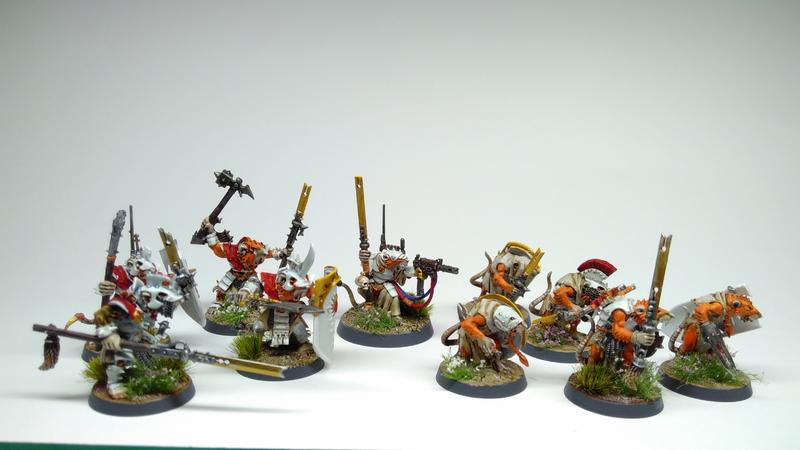 The young Marl Xark himself 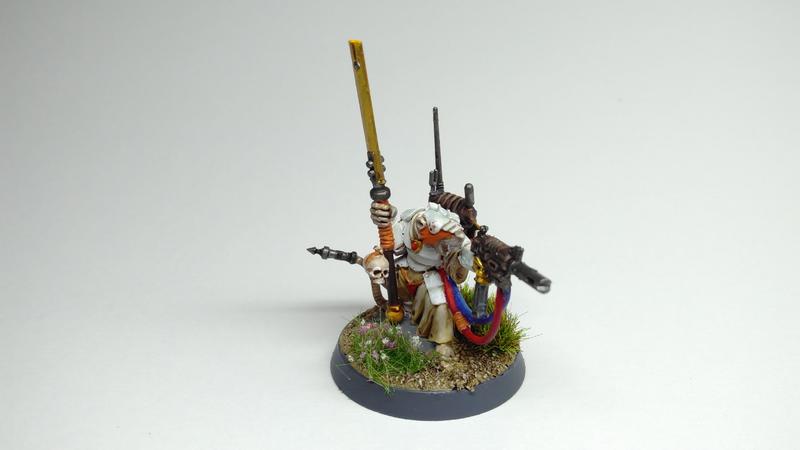 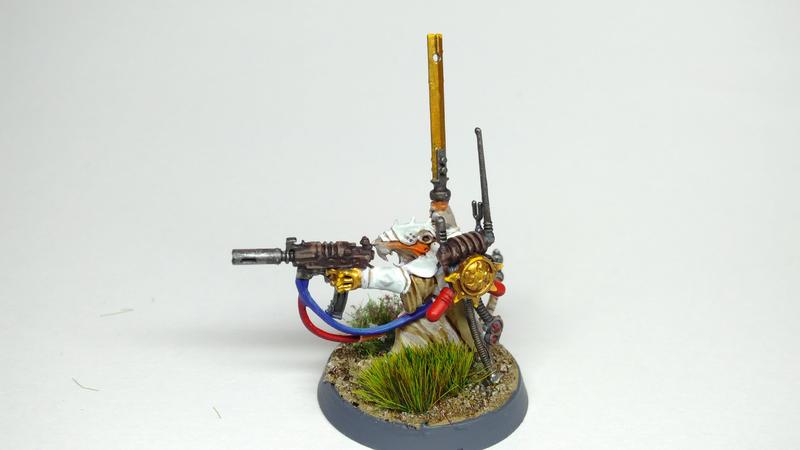 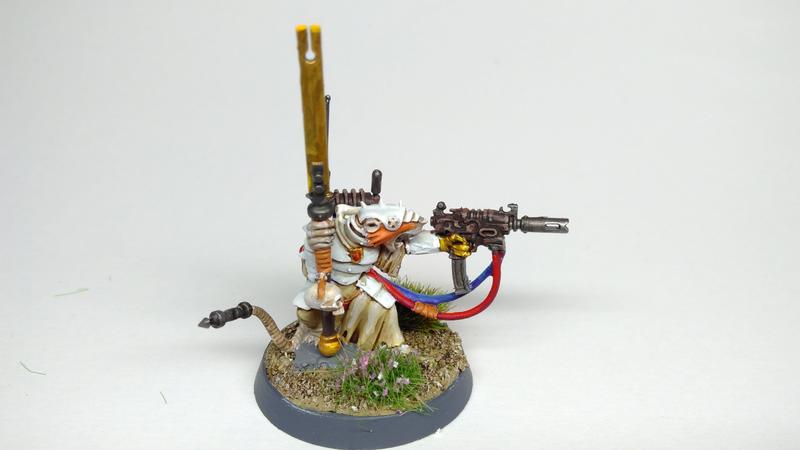 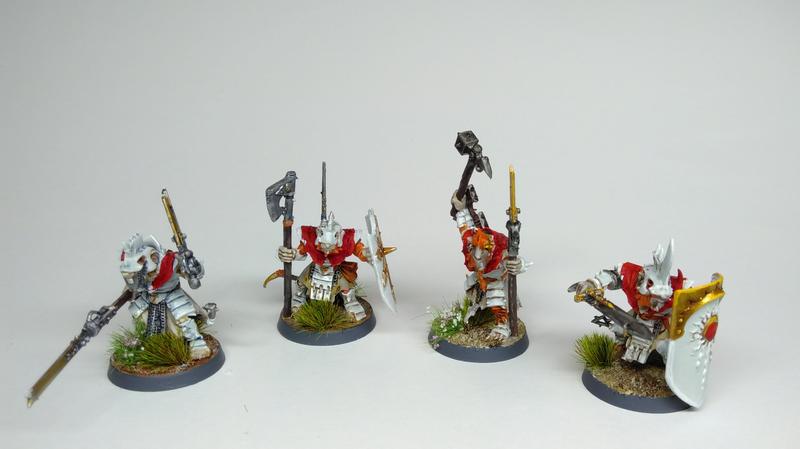 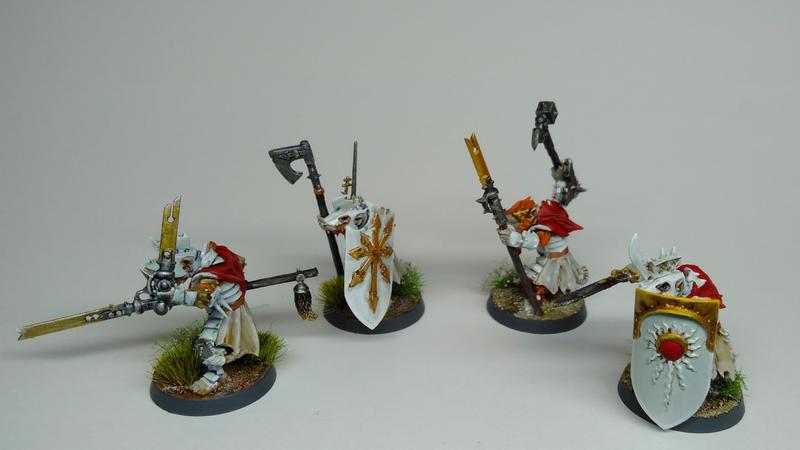 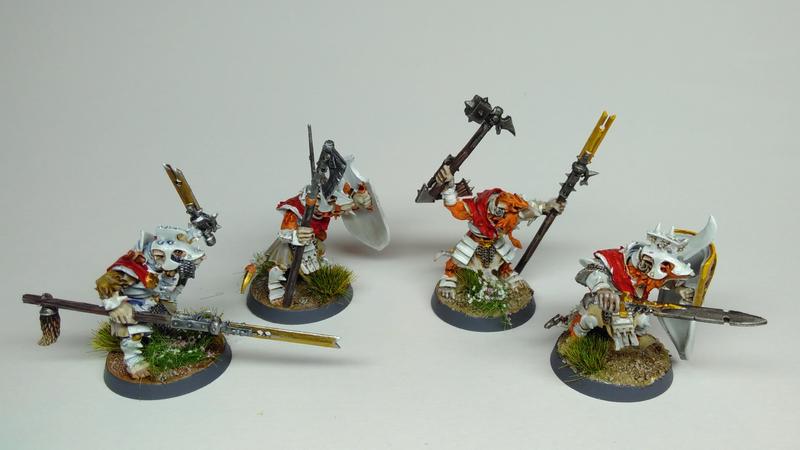 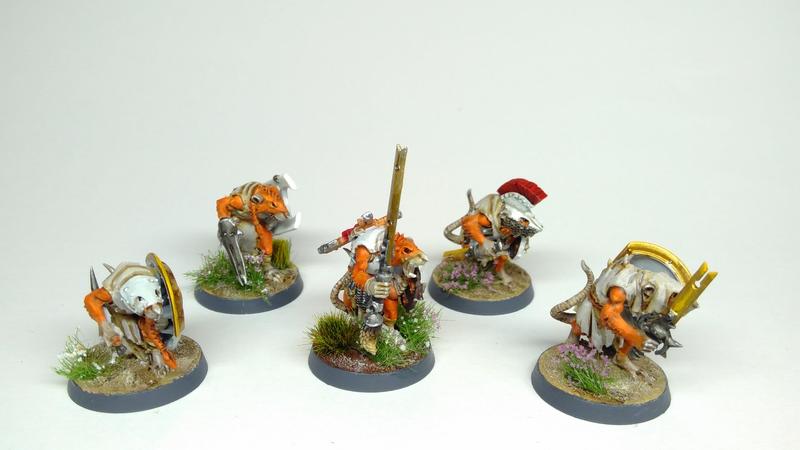 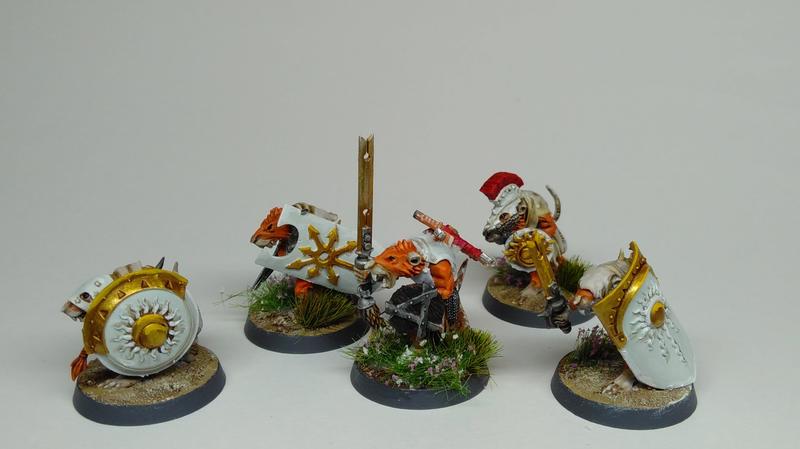 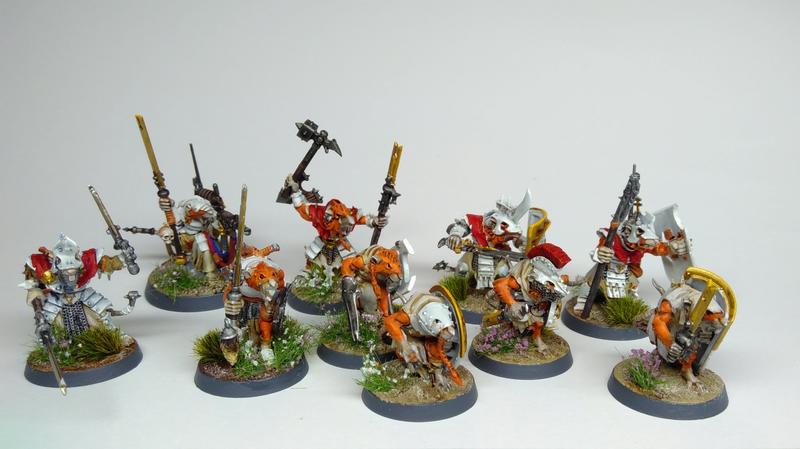 I built those over the last months in order to start playing Age of Sigmar via the Skirmish Rules (knowing that it would take me like forever to build a whole Skaven army). The colourscheme is based on my Blood Bowl Team "The Undercity Philosophers" and shall carry the topic of "we are the new generation of Skaven". It is inspired by ancient roman senators: A lot of white and quite a bit of red. I especially enjoyed giving them a trollslayerish fur colour.

I use a lot of Blades from the Sicarian Ruststalker / Infiltrators Set, which I initially bought to convert the Bodies into Skyre Acolytes. I also used quite a few Stormcast Eternals Shields and two Space Wolves Braids, hehe.

And as it turns out: Today is just the perfect day to start a skaven revoluthing army!