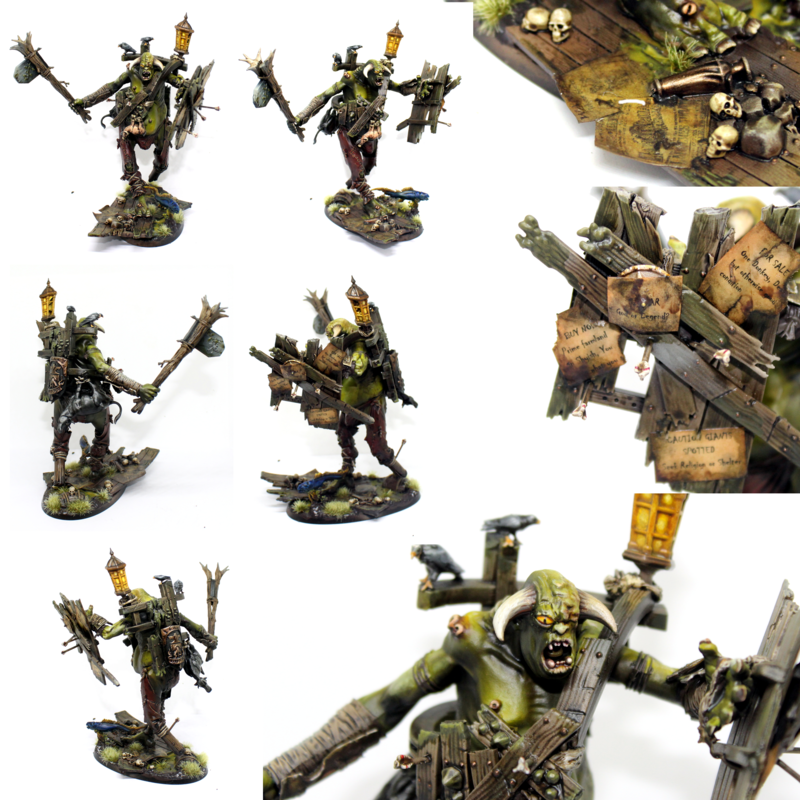 Even the deep marshes and the boggy moors of the Realms are not untouched by the destruction of the Gargants, through the lurking shadow and impenetrable mists they lurk waste deep in the repugnant waters soaking up their fetid stench. Such a pungent odour whilst repellent is a boon to all those these Bog Drinkers would seek to consume, the soft mud of their marshes homes conceal the footfalls of even titanic Gargants and were it not for their odour these monsters could have their fill of livestock and innocents.

Previously these hideous Gargants would have been content to lurk within their own swamps and bogs, preying upon those who staggered unwittingly into their domain. But even such forgotten corners of the realms have not escaped the wars that now spread like wildfire. The pestilent touch of Nurgle has encroached upon the Bogdrinker homelands, poisoning all they would have called food, worse still comes the touch of Nagash where even their old meals now seek to bite back against the Gargants. As their habitats become increasingly hostile the Bogdrinkers are stirred to move further from their homes, marching onwards toward unwitting new victims

Many Bog Drinkers bear noticeable traits from their homeland, massive gills to breath as they lurk just beneath the waters of the marshland, bulbous eyes to see even in the low hanging mists that conceal them. Other have webbed toes and fingers to wade faster through the thickened waters.