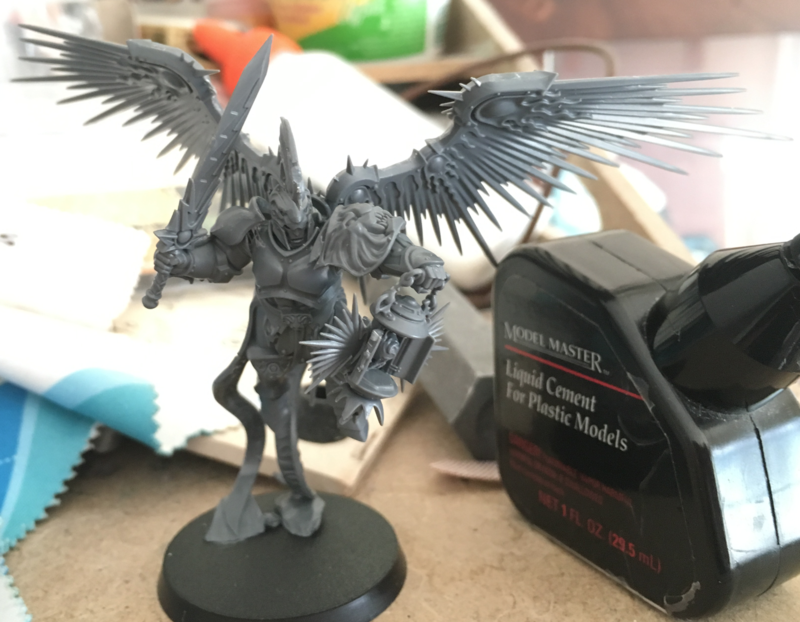 I split the Silver Tower upgrade box with a couple of friends and after building the Knight-Venator for there, I used the leftover bits and the remaining bits from my second Prosecutor-Prime from the second starter box to kitbash this Knight-Azyros basically for free. I had to carve a bit under the lantern arm, and bent the chains back a bit to give it some motion to go with the direction of the model. I also intentionally added a couple of drops of glue to the back of the lantern and tacked it to the knee for an added point of contact to provide some support from the chains. I know it’s not heavy, but the lantern is spiky and I have seen many things break just from getting snagged during play, or even coming in and out of the foam. My only very minor regret is that I wish I would have taken the time to carve out the head and switch in the Knight-Azyros head, I am overall pretty happy with how he looks. In all this got me a Knight-Venator and a Knight-Azyros for about 15 bucks (American).