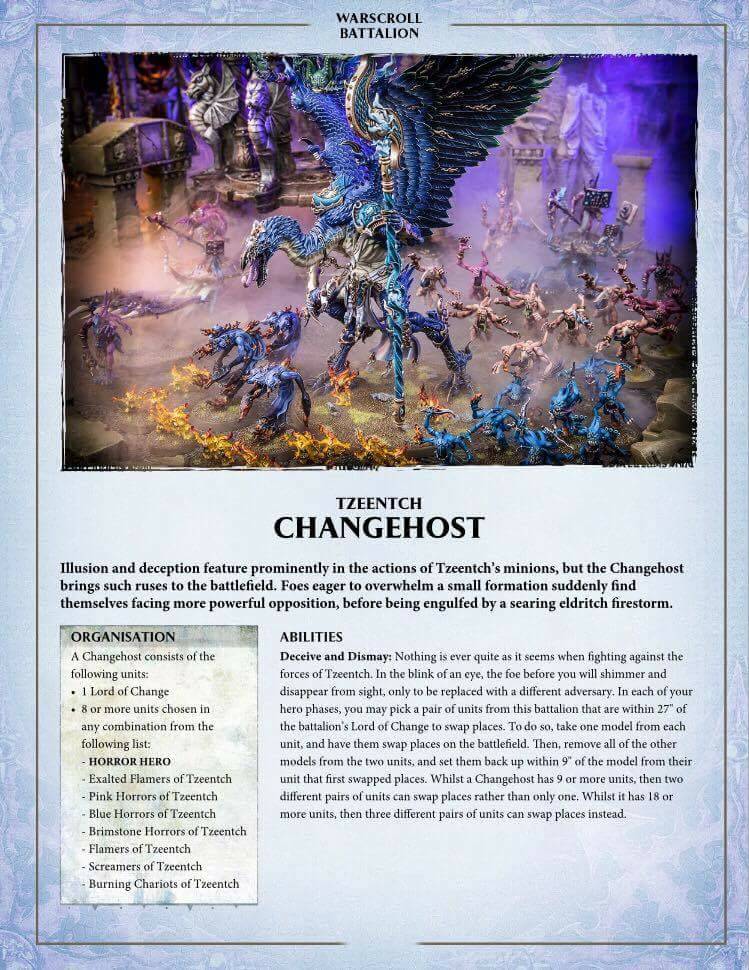 in the change host formation its ability is deceive and dismay you can swap out 2 different units in your army that are within 27" of the formations Lord of change (if you have 9 or more units in the formation). My question is does this have to happen at one time in the hero phase? Or can you swap out one cast a few spells and then swap out the other? Also it says 2 different pairs..can you swap one of the units twice as long as it's part of 2 differnt spells? Cheers guys

Sent from my F5121 using Tapatalk

24 answers to this question