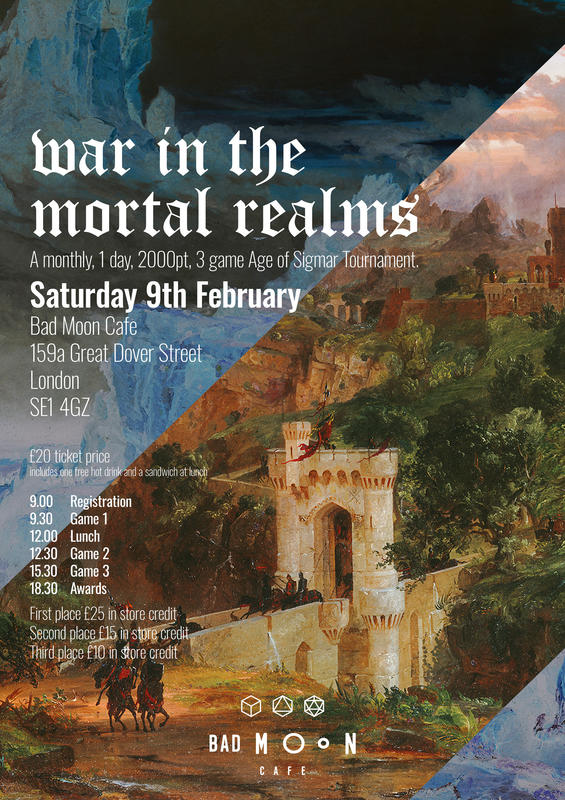 Armies should be created using the Generals Handbook 2018 Matched Play rules consisting of up to 2000pts. Players should bring 3 printed copies of their list- 1 for themselves, one for the opponent and one for the event staff.

Triumph bonuses will be used as per the Core Rules.

Endless spells will be allowed as per Malign Sorcery Rules.

Realm of Battle Realmsphere Magic and Realm Commands will be used. Realmscape Features will not be used.

Objectives used do not have height or size for rules purposes.

Proxies, conversions and 3rd party models will be allowed but must clearly represent the warscroll.

Firestorm allegiance and abilities will not be used.

The Tournament will be run using Tabletop.To software using Swiss Tournament Rules with strength of schedule. We will be following the UK Community Scoring points system rulesets.

There are no painting rules, points or limitations.

Full rules pack to follow soon. Rules pack from WITMR#1 can be found here and will be identical for #2 except for the scenarios which will be different.