it's no secret I'm a fan of Skaven.
Recently, I became involved with a painters challenge at a local wargames club.
This challenge has been an interesting way for me to get back into the swing of things in terms of painting, as I tend to have periods of inactivity between picking up a brush.

The Idea behind the competition is simple enough, pick an army, build towards 1000pts in manageable blocks.
score points on how much of it is painted per deadline.

the first deadline caught me off guard, as I only really got involved when there were just under 2 weeks of the first deadline to go.
owing to the fact they make up the largest chunk of my unpainted lead mountain, I chose clan Pestilens.
The theme I chose was the early days of pestilence, during the great migration, when plaguelord Nurglich (the first) pushed his way into Lustria and the new world.
That is before he got his tail handed to him by the lizard folk and their winged serpent god.

for this theme, I decided I would make some Incan-inspired path bases. 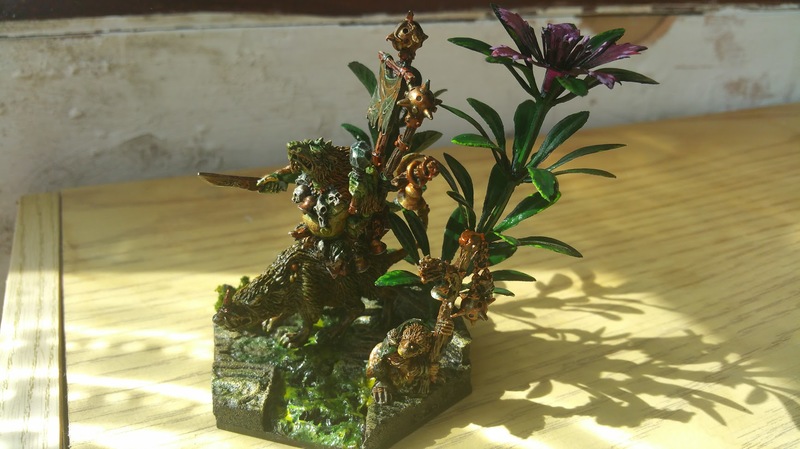 The next deadline is the 19th of June and the challenge is to add a further 200pts to our army.
for this I have chosen:
Fen Beast (Beast of Nurgle Warscroll) 60pts 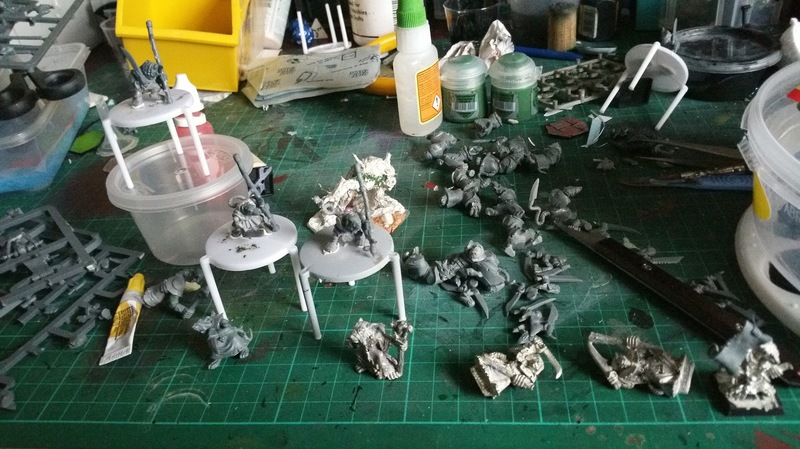