So had my first two battles at 760 points last night against Stormcast and Skaven as part of the http://www.kirtongames.com/ AoS starter slow grow league. My list for the games was the following:


The first game against the Stormcast was number 3 scenario from the matched play rules, the one with diagonal deployment and battle lines starting first. I started with my horrors and burning chariot, he began with a unit of 10 prosecutors and 10 judicators. He advanced them up the centre of the board towards my units. The horrors and the chariot shot at the judicators killing 3 who then lost an additional model to capricious warpflame and another 2 to battleshock. Turn 2 saw a Stormcast chocobo hero thingy turn up on my flank and charge into the horrors killing 6, they retaliated for 2 wounds. I used a 1 from the Destiny Dice pool to recover 4. In my turn 2 the Herald and exalted flamer arrived on the board. The horrors cast arcane bolt at the chocobo knight inflicting an additional 2 wounds followed by shooting for an additional 1. The exalted flamer then also shot dealing another wound. I used capricious warpflame Destiny Dice to generate enough mortal wounds to finish it off. The Burning chariot killed another 2 Judicators at which point my opponent capitulated.

I enjoyed my first outing, shooting was definitely effective and carried the day for me. To follow tomorrow Slow Grow week 1 part 2: The Skaven Menace. 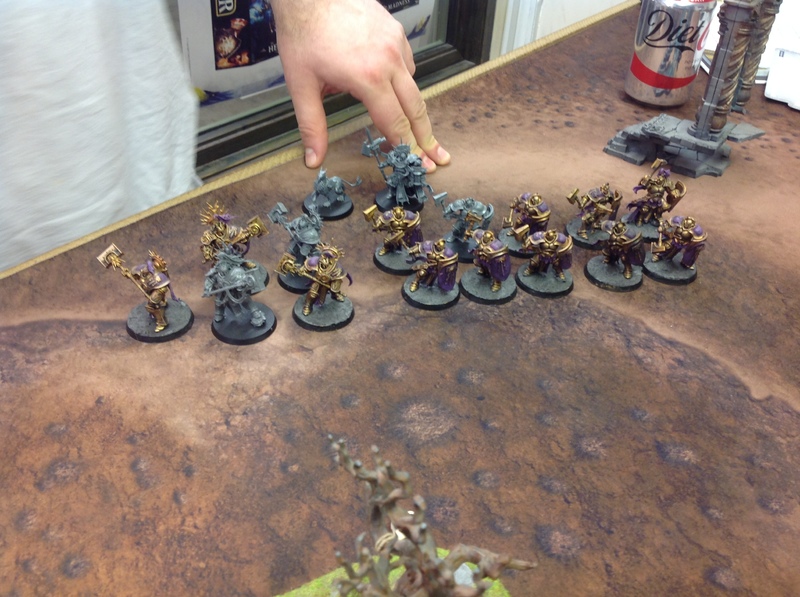 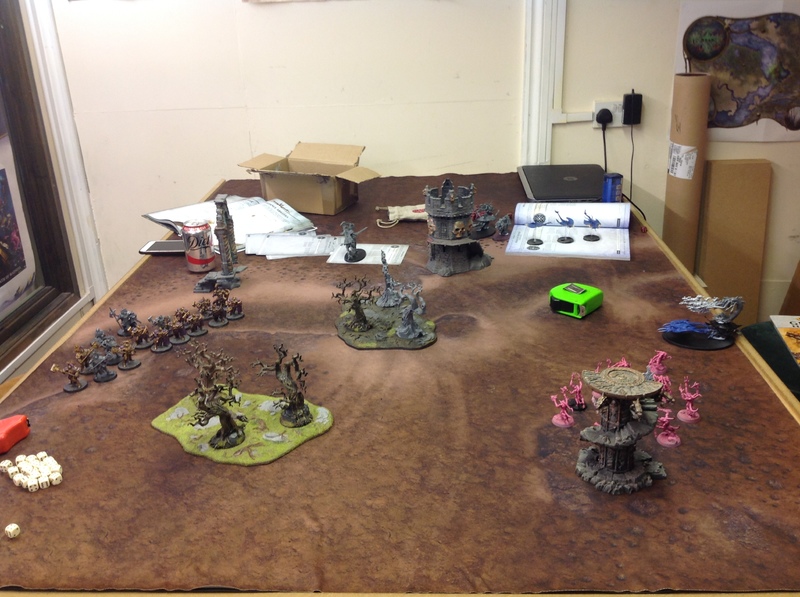 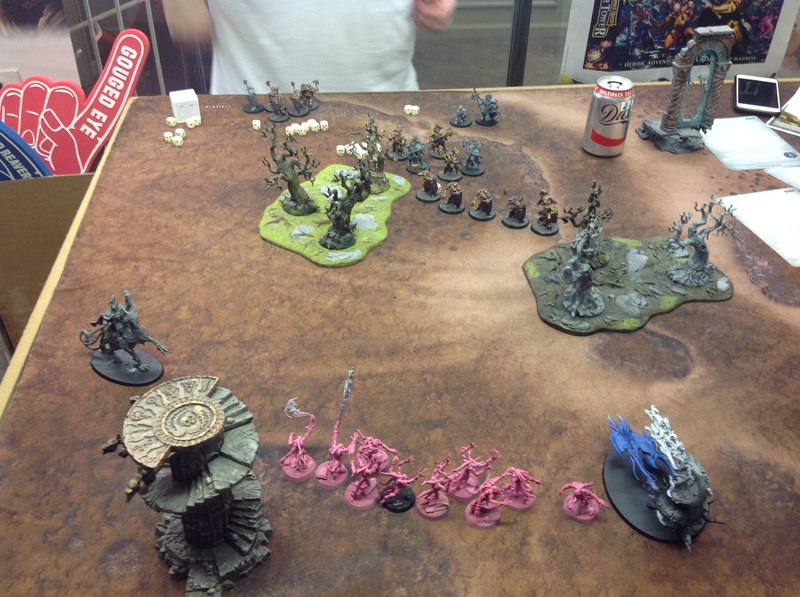 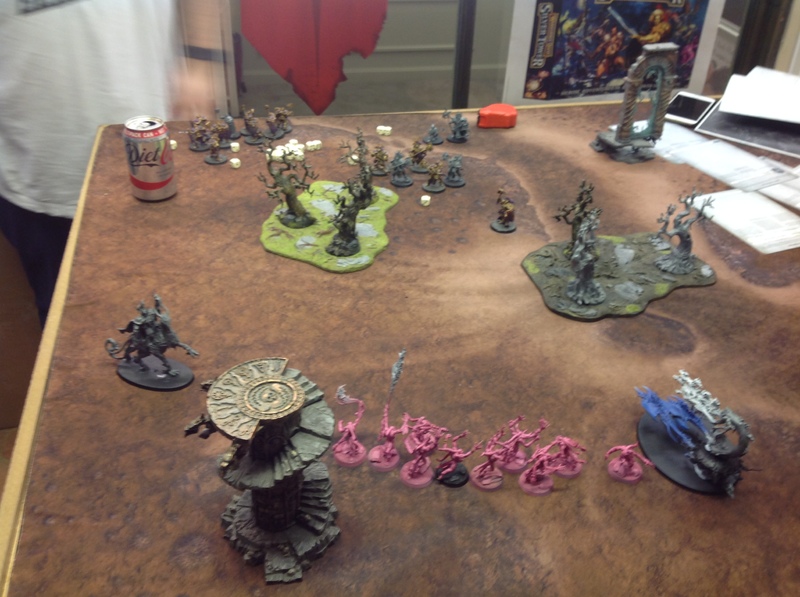 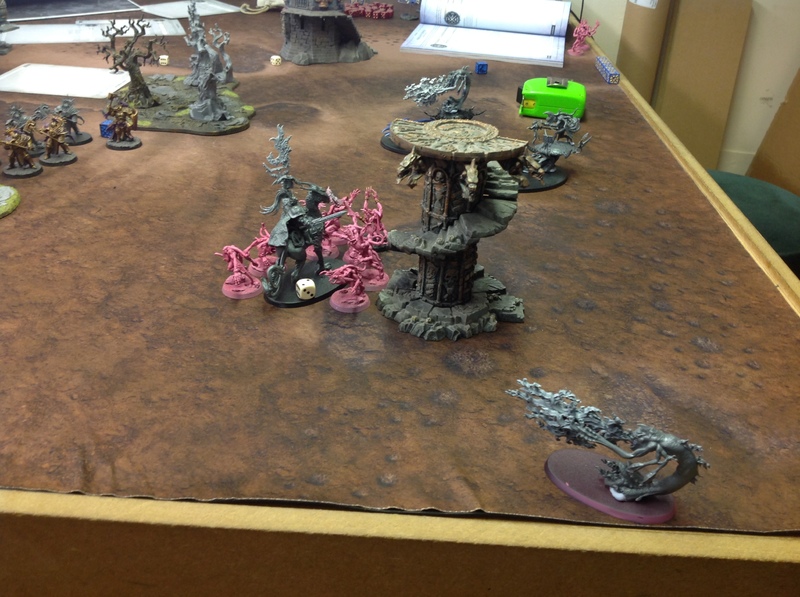 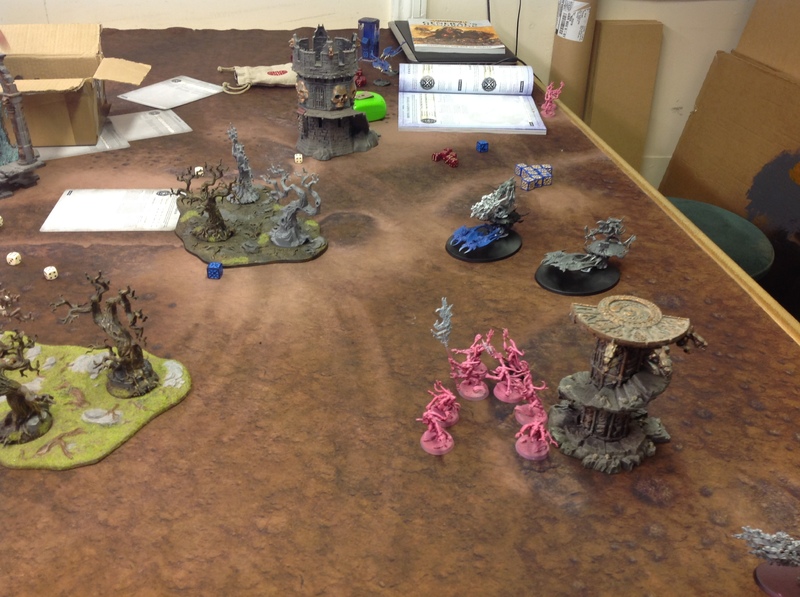