Since the Battle for Skull Pass I've always wanted to do a spider themed army. When the Arachnaroks came on the scene spiders became a lot more viable but animosity was crippling to the small bands of five spider riders, who would head for the hills after a couple of casualties. In AOS that all changed and the Spiderfang Venom Mob presented a temptation beyond what I could bare!

For the Spiderfang formation each unit gives buffs to other units making it possible for the spider riders, in ideal circumstances, to dish out mortal wounds on a 4+ hit! There is shooting but with hitting and wounding on 5's you'll be rolling a lot of dice to bring anything half decent down. The Aracknarok spiders make the smaller spider riders immune to battle shock with 8'' making them a real 'tar pit', something they normally wound not be on leadership 4 (with the banner they are leadership 6 if NOT in combat!!!! Typical fickle gobos!) While the army cannot fly, it does ignore any terrain when moving. Everything in the army moves at 8' so nothings getting let behind.

My three aracknaroks, two with flingers and one with a Shaman, are the center piece visually of the army in three different colours. The leader of the army is the Bigboss on the Gigantic Spider.

I will do a more detail write up up anyone is interested but for now I'll just show a few photos. Whole army took me three days to convert (spider riders), build (big boys) and paint (everything) so bare this in mind when criticizing the paintwork. There will be some tufts added when I next go to a show. 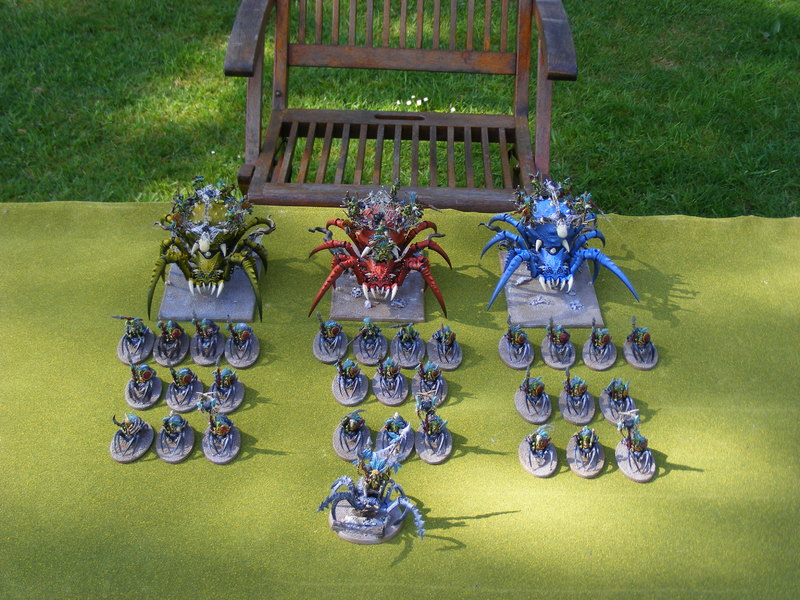 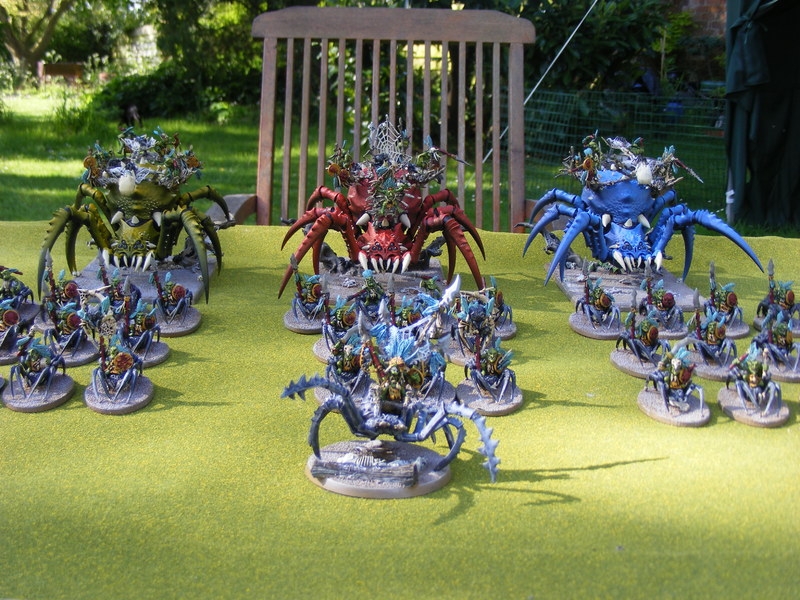 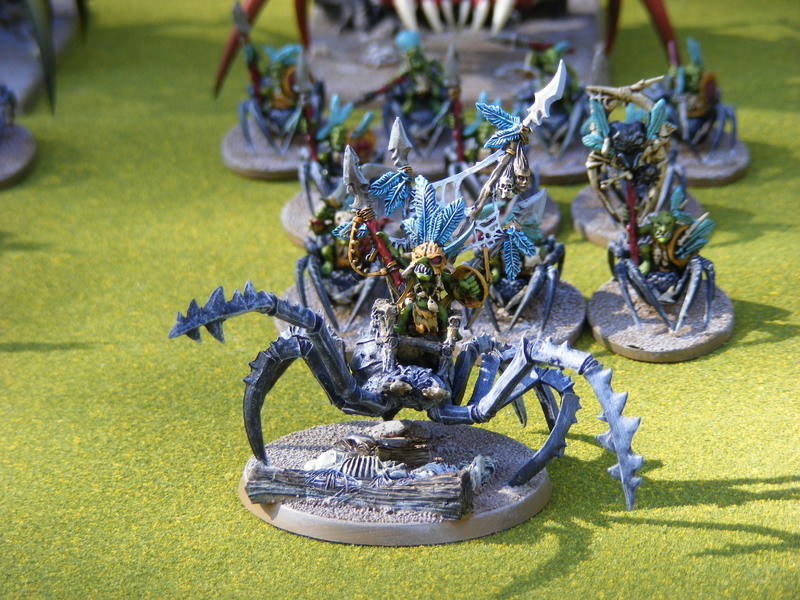 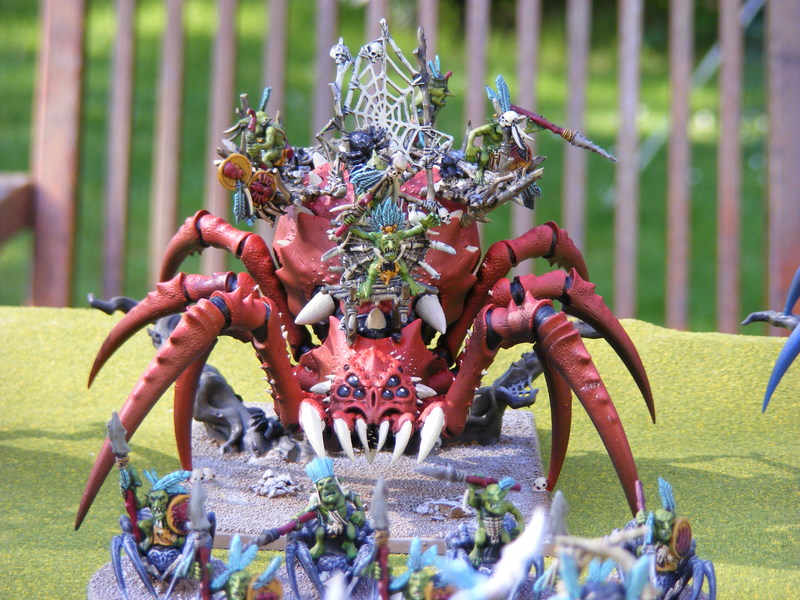 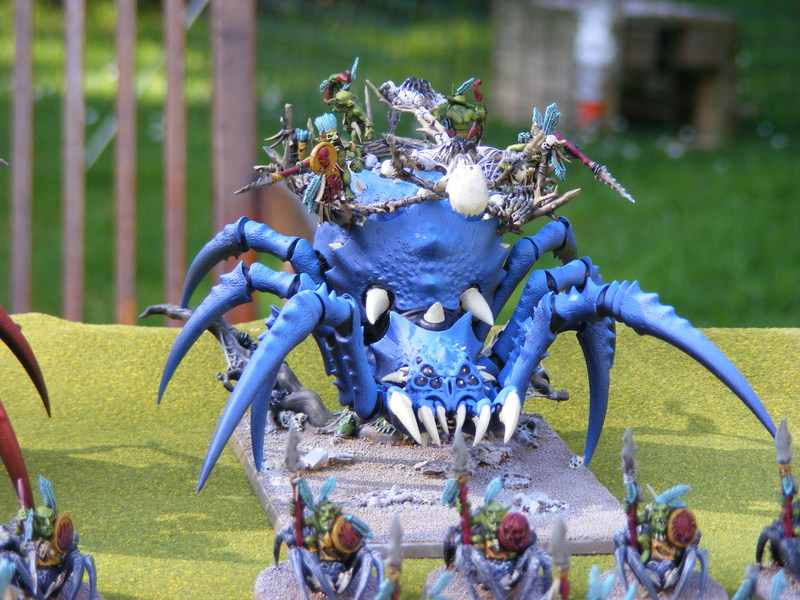 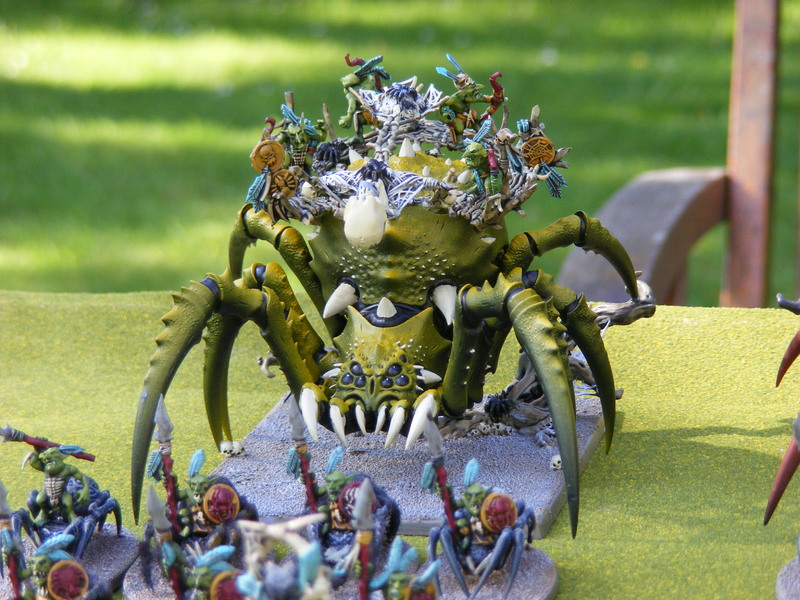 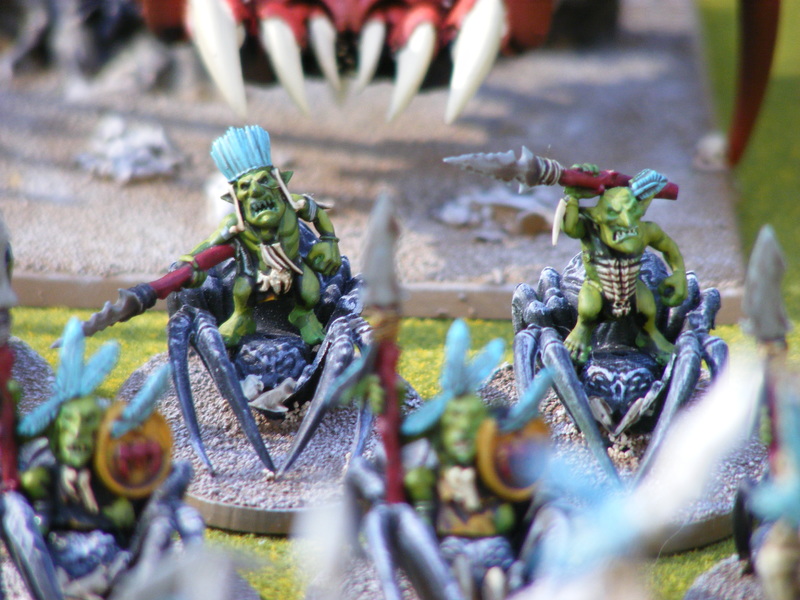 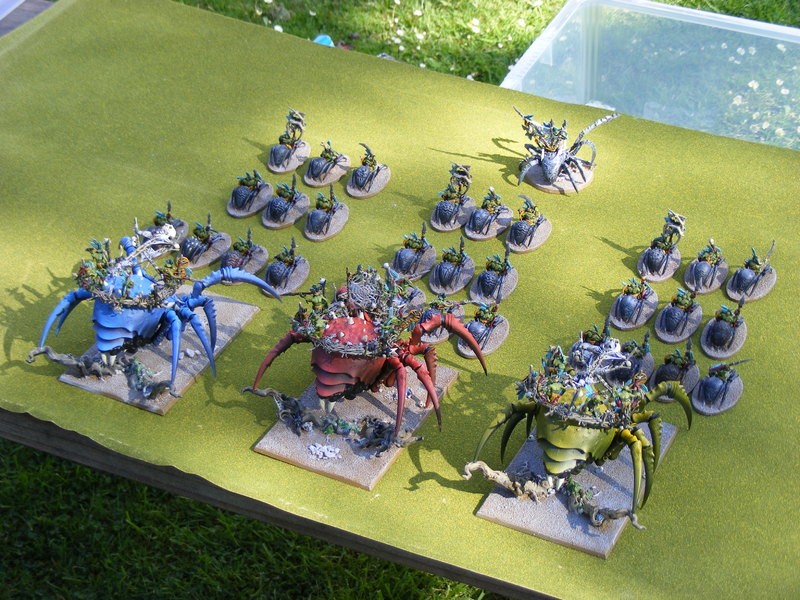