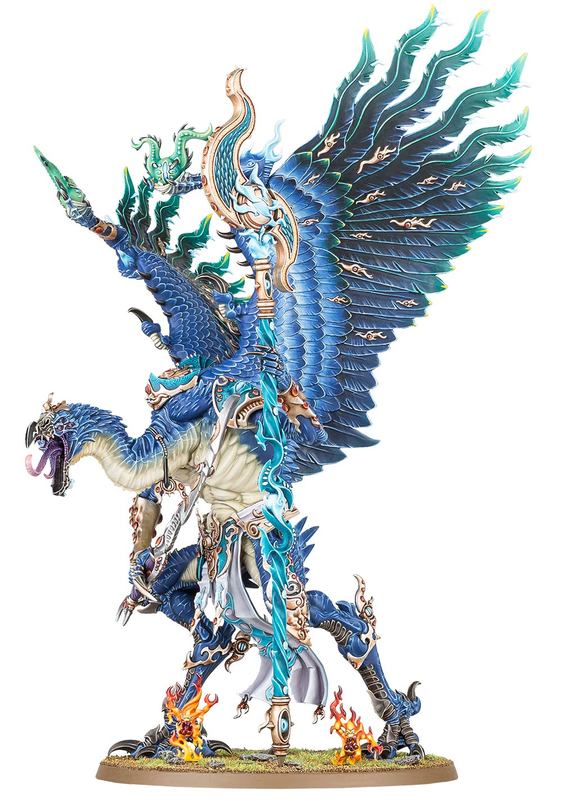 As we are all aware the awesome new lord of change mini is close to release now, and as soon as the first leaked pics hit the interwebs I was in love. My dastardly work colleague Martin decided to use this as an oppertunity to bully me into another age of sigmar project as I rather lost momentum on my last one sadly, and to be honest it didint take too much bullying.

Ive had a pretty big Tzeentch daemon army sat in boxes for years now and they have always been one of my first wargaming loves ever since flicking through my brothers copy of the lost and and damned when I was little, so I have decided to dust them off and try to get back into gaming via Martins narative campaign ideas. 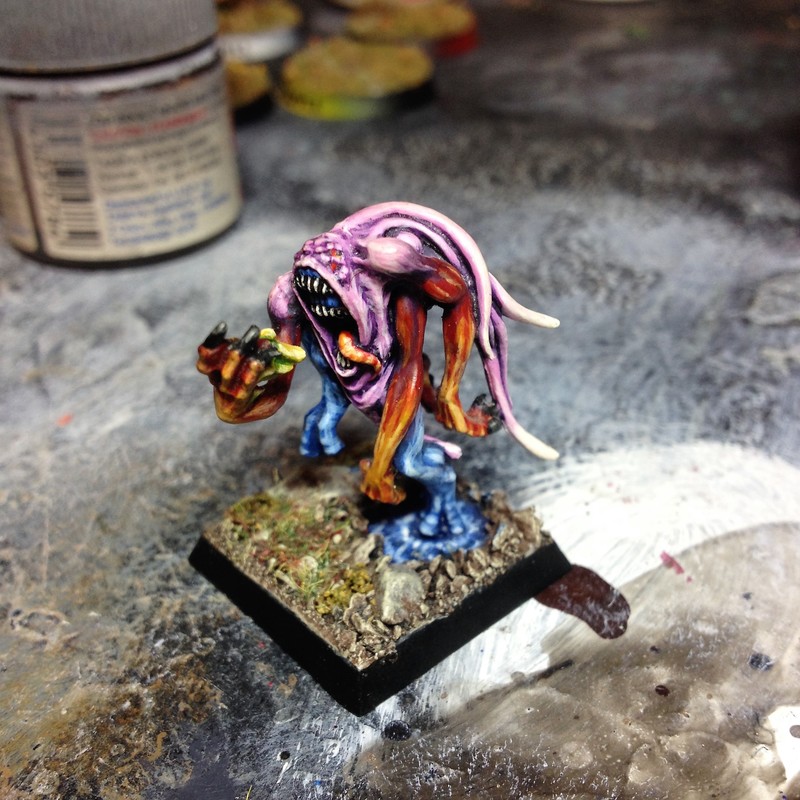 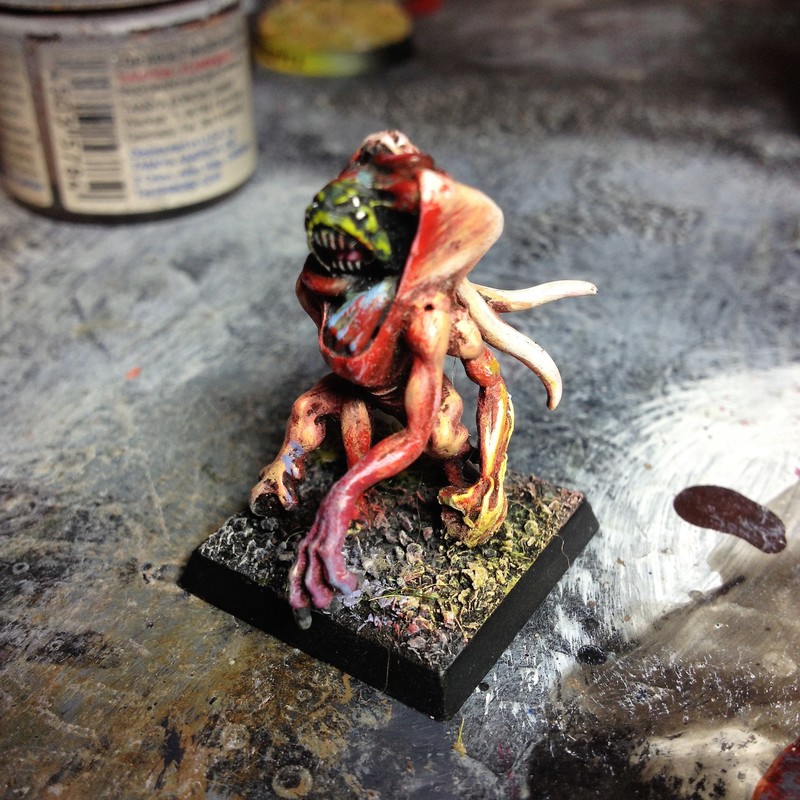 Couple of Horrors I painted 10 or so years ago!

The first step to this is to actually paint stuff though!

Being a commission painter by trade you wouldnt think this would be a big issue, but oddly I dont think I have had a painted army of my own for about 10+ years, so who knows how far I'll get with this one. Hopefully blogging and such will give me more motivation to do my own hobby instead of everyone elses! 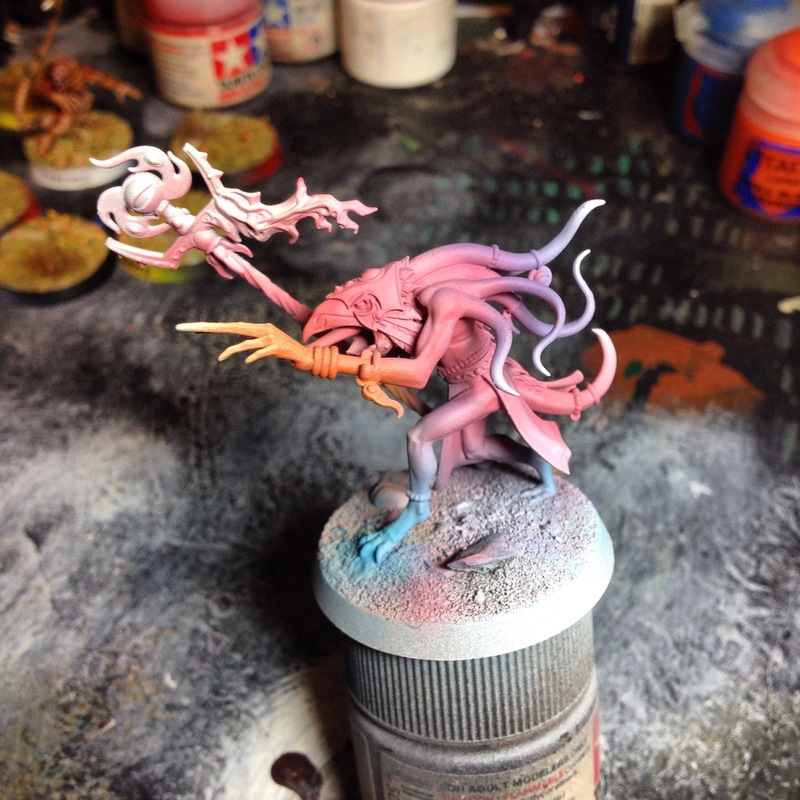 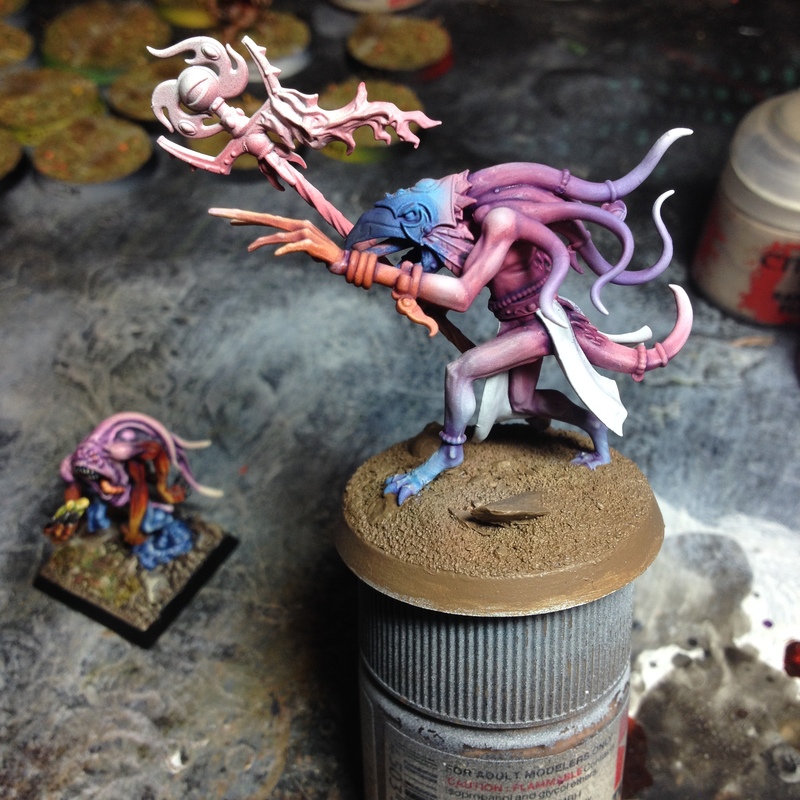 So every new army needs a leader, and with the lord of change not being released yet, plus the fact that it would probably stall my painting straight away if I tried to paint one first I've gone for the sensible option of a Herald instead. I wasnt actually keen on this model at first, he was just a left over from a burning chariot kit however hes grown on me a lot over the years. I decided to try to paint a little out of my usualy grungy dank earthy painting zone with plenty of bright rich colours, although my bad habits and comfort techniques quickly snuck in and desaturated things quite a bit. Still happy with the final results though. 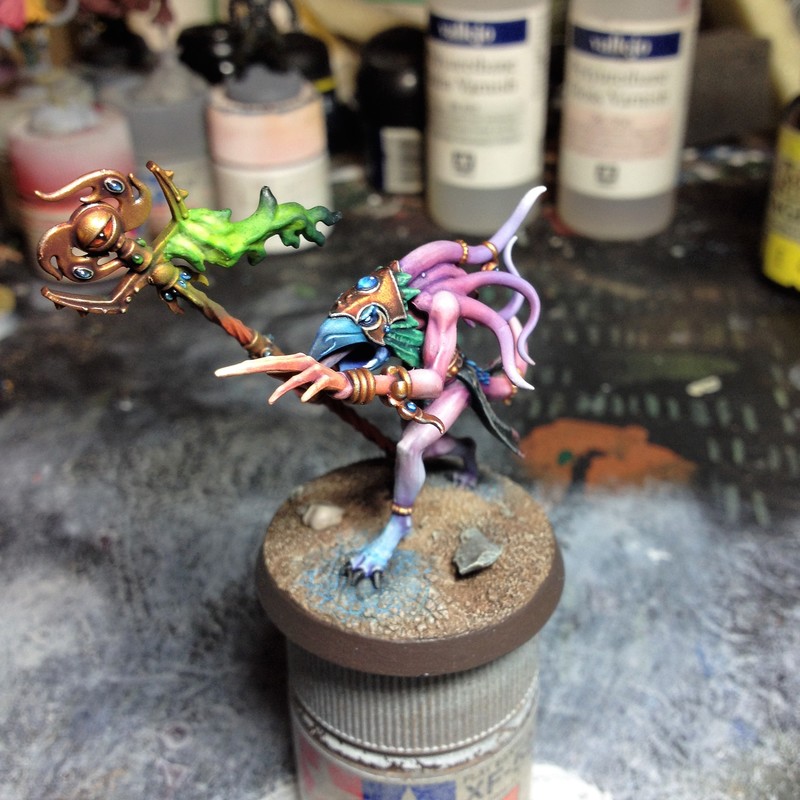 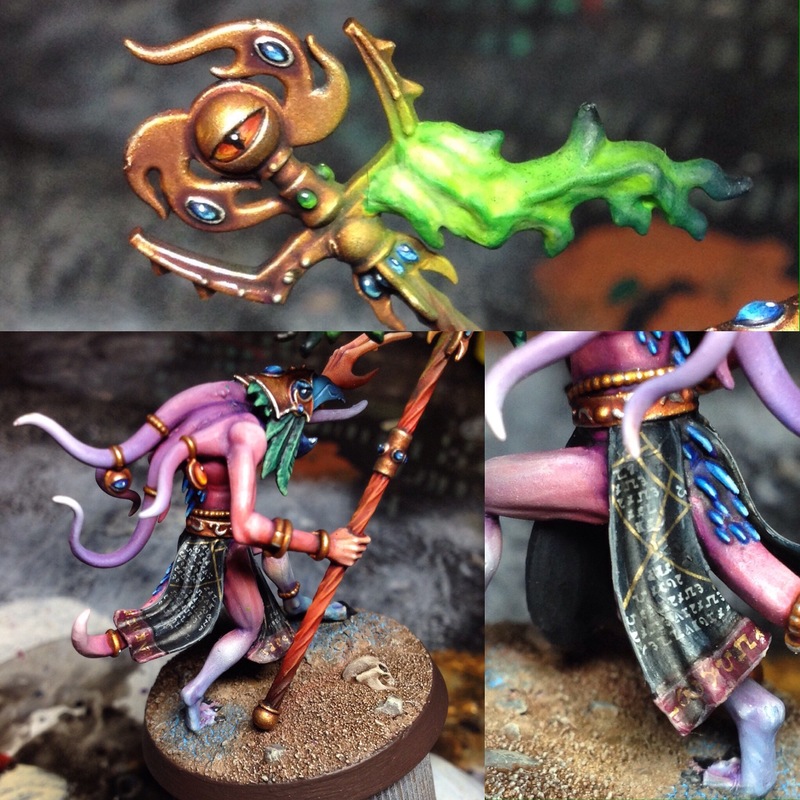 More coming soon hopefully! I've got some stuff thats already finished but if I drop all the pics at once then I'll have to actually paint new things instead of doing work!