After having struggled to find any time to paint during the second part of this week I finally found some around Sunday afternoon.  So I decided I would try something that I had never managed before. To paint a miniature in one sitting.

Originally I had planned on painting my unit of Decimators next but having seen Lohke's awesome Darkoath Chieftain I was inspired to paint up my own Silver Tower model. The Knight-Questor.

The model is great fun to paint. Enjoyed it even though I got carried away whilst building him and forgot to paint him in sub-assemblies. So the decision to leave the inside of the cloak white wasn't purely aesthetical. 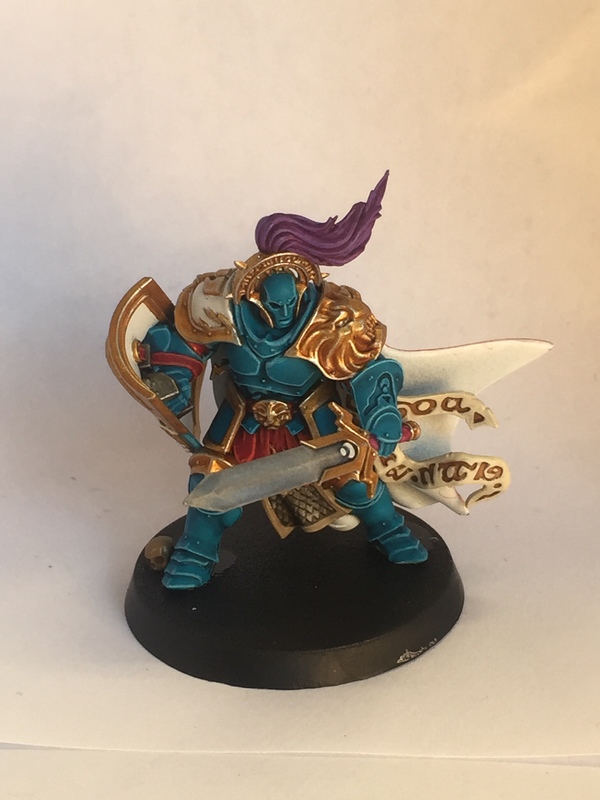 Since I was restricted to poor lighting and my phone camera the other pictures I took of the back were blurry I discovered once back at my PC so decided against uploading those. The cloak is red though just like the leather straps. Kept the inside of it white, felt like a bit too much red if I hadn't.

Still undecided about the bases but I made a new test one and it turned out alright I think. Might actually get to finish all the bases soon enough.

Anyway, that's about it really. Hopefully I'll have some more time to paint this upcoming week. Looking forward to having a unit of Decimators on the table.