Played a 1k tournament this weekend using the new seasonal rules. First tournament in my country in over two years due to COVID. Tied for 3rd with a 2-1 record as SBG: Kastelai 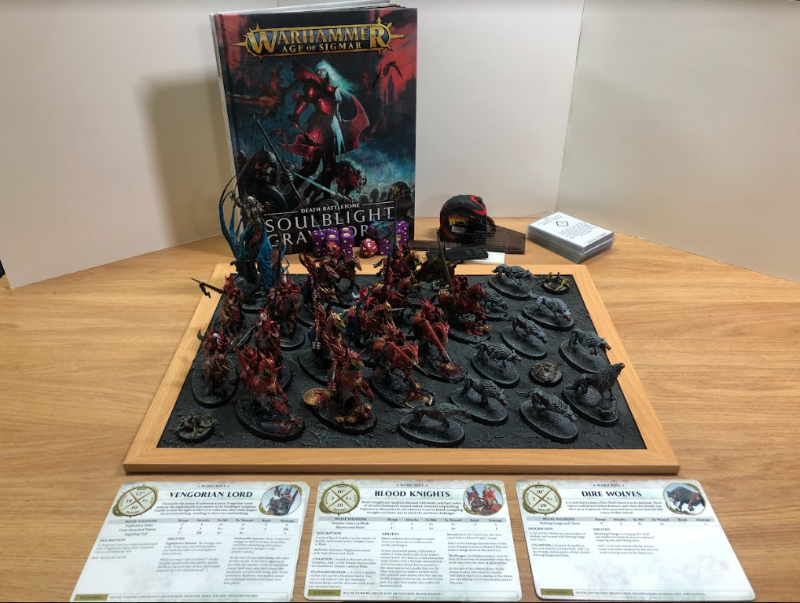 This is the new battleplan where each quarter of the board is its own objective. I was chosen to go first and set myself up pretty defensively and focused on gaining control of my gravesites for my grand strategy. My opponent was running two monster heroes and I misjudged their reach so on his turn he was able to push up aggressively. I rolled a 6 on a redeploy for one unit of BKs but my general got wrecked. I rolled absolutely horribly on saves, but no matter. Without my general I lost my Rousing Commander buff and without it I didn’t have the hitting power to challenge the big monsters. I ran him around the board and in the end I lost with a score of something like 15-20. 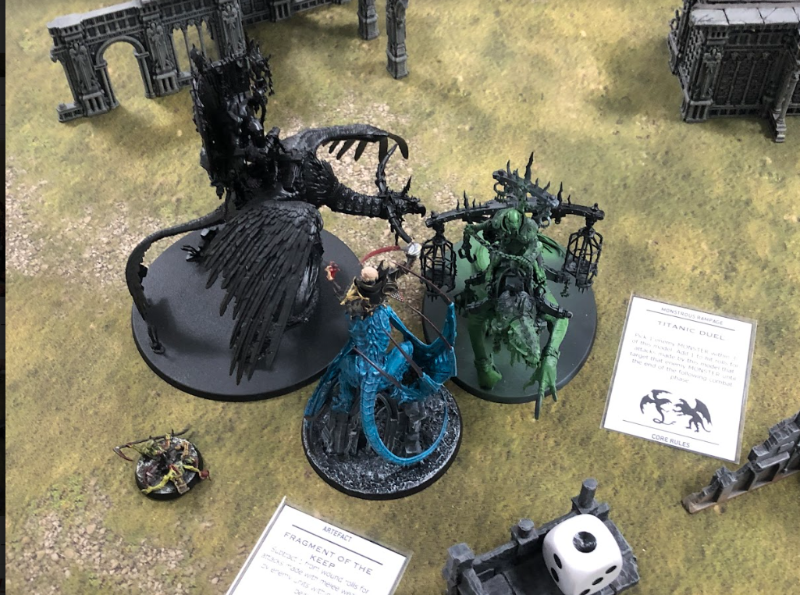 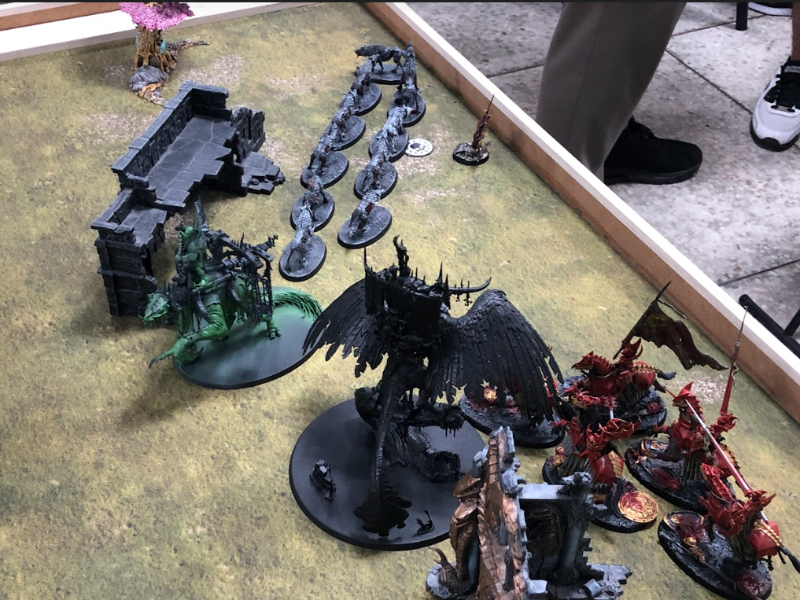 Game 2: SBG vs Ogors
The Lurkers Below

This is the tug of war battleplan that doesn’t use points. Once again I got chosen to go first and slowly moved my units into position across the board. On my opponents turn he managed to make some good charge rolls and engage two units of my blood knights with his ogors. The BK’s held super well, especially with the buffs from my vengorian and his artefact. On my turn I retreated and countercharged everything and popped my rousing commander and one-shot his big blob of ogors and left his remaining group tied up at the side of the board. In his next turn he was actually able to break through my general and kill him, but on my turn three I auto-advanced one of my BKs and at the end of the turn I had all three objectives and got an auto-win. 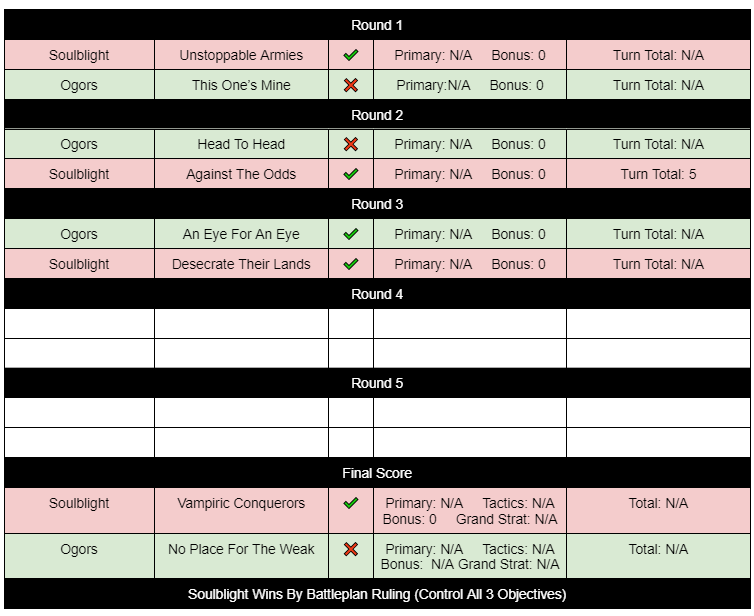 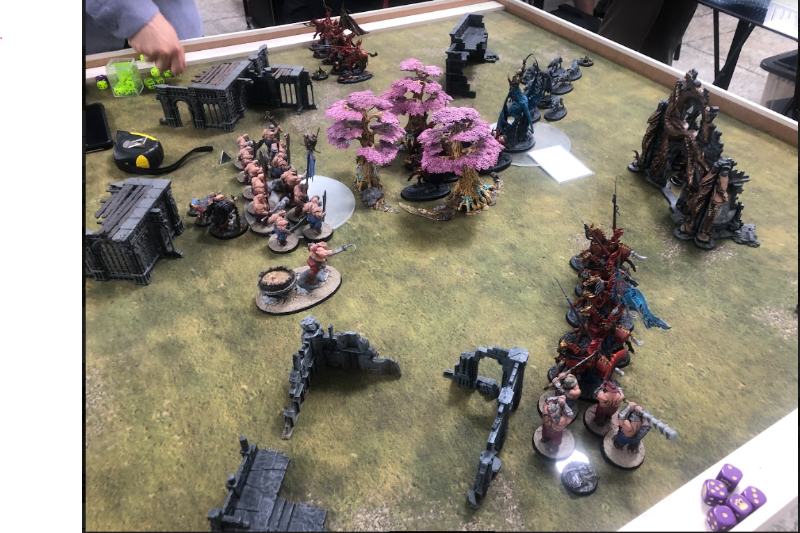 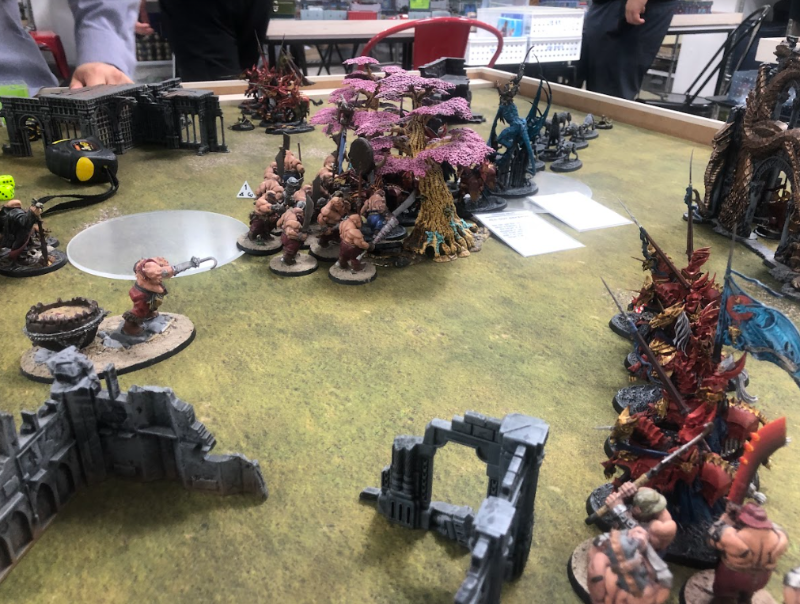 This battleplan has two objectives, no reserves, and has both players potentially deploying 18” away from each other. I was chosen to go first again (2/3 of my opponents brought the 1 drop battalion) and screened out his fulminators with wolves while I got a charge off with one unit of BK into his liberators/judicators. His libs actually tanked my damage really well since my army lacks both mortals and rend. Between the unleash hell and the counter attack I ended up losing more models than him. On his turn he wiped out my wolves and my engaged knights held strong. He got the double and I had a hairy turn but I rolled ridiculously well on saves and came out fairly  unscathed and even brought my wolves back. On my turn I popped rousing commander, charged everything and wiped out everything he had except for his fulminators. He decided to concede feeling that he had no way of winning on points. 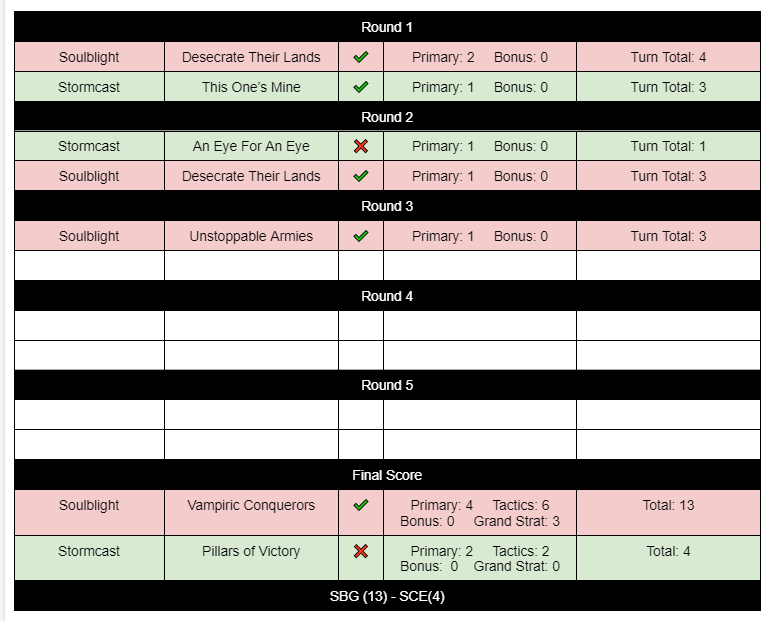 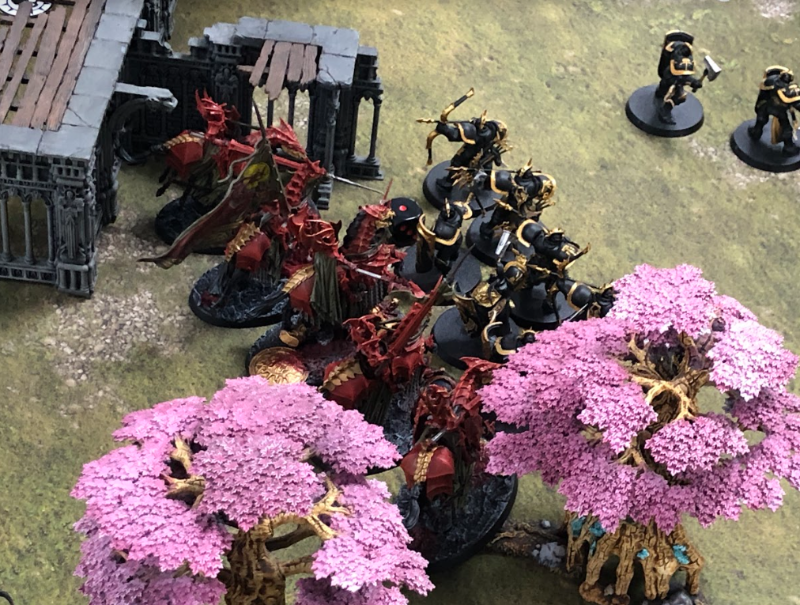 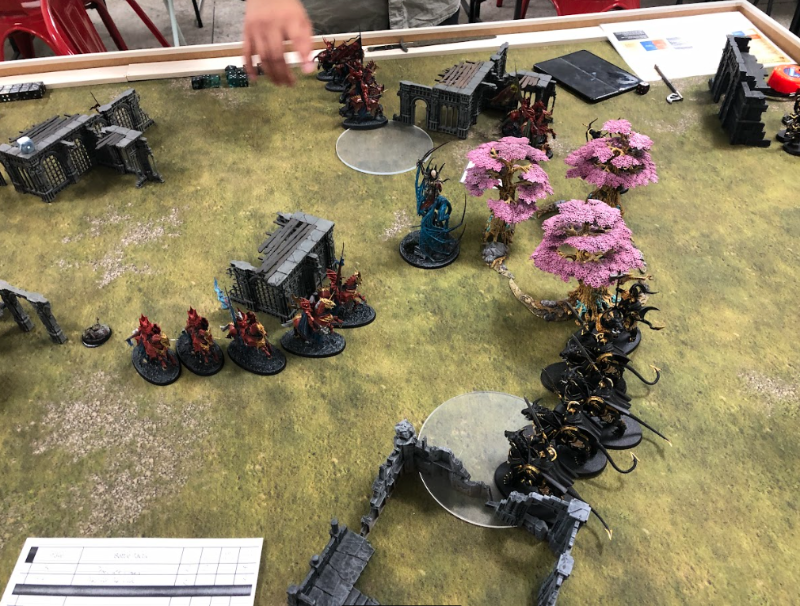 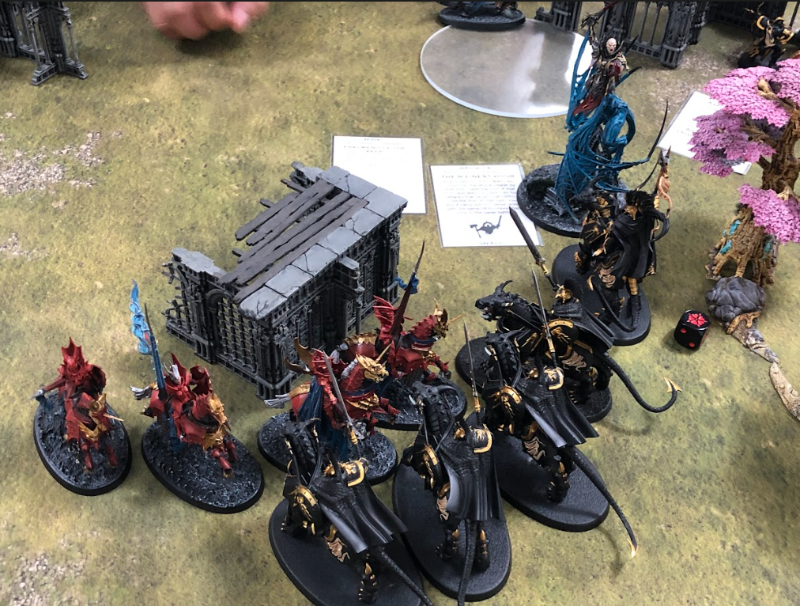 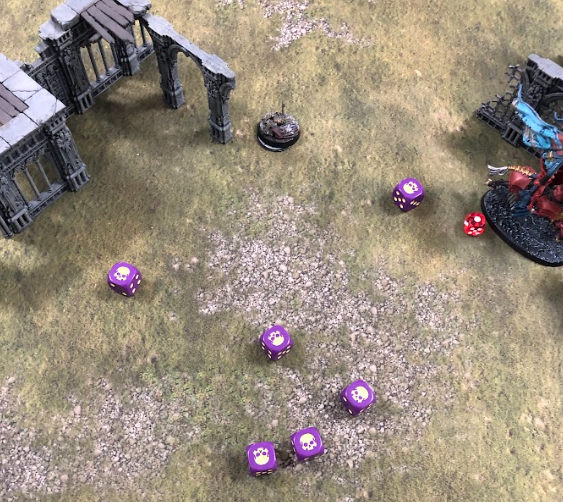 - Overall it was a really fun experience and I thought I played okay. I scored a decent amount of tactics after game 1, but it's going to take some time to learn how to use them correctly

- I don't think I got a real feel for the new season yet since people weren't using a lot of the new stuff yet, and proving grounds didn't really seem impactful during my games

- I think BK's are a solid build for the new season. Easy to play, fast, does well with most of the tactics and new rules. I can easily see this being a go-to for Soulblight players

- I think veterans are going to suffer really hard, even ogor battleline got totally rolled over largely in part because of the bounty hunter mechanic

- The missions I played were okay. Not a fan of the tug of war one, even though I snagged a quick victory using it. Also didn't really like Turf War since it's basically designed to just have players throw units at each other in the middle of the board. They were good choices for a 1k tournament however.

- Not sure how I feel about the 4 quarters battleplan. I think I'd have to play it a few times with 2k armies before I make a judgement on it. For 1k I think it suffers from being "too big" in a way.

- I look forward to getting more 2k games in and would love to do a 1k tournament again in the future. It is pretty tiring though! I can't imagine how 5 rounds of 2k must feel like.