Been a while since I posted. I don't really want to spam the blogs section unless I do something new to my scheme which I want to log or if I've finished a unit. Just wanted to say that my army's tabletop standard now and took it to my first tourney in a long old while. Was great to get back into the swing of things. Went to Leodis Games' one dayer event. If you've not been, I'd recommend it. It's in Leeds and the guy who runs it was super nice. Anyway, I got mullered  - ha ha! Lost 2, won 1. Was chuffed to get a win though. Lost against SBGL first game, lost against Tzeentch second, but beat Orcs game three. Got some pics of my army lined up on the day. Some close ups of my Lord Imperatant as well, who's pretty much finished. 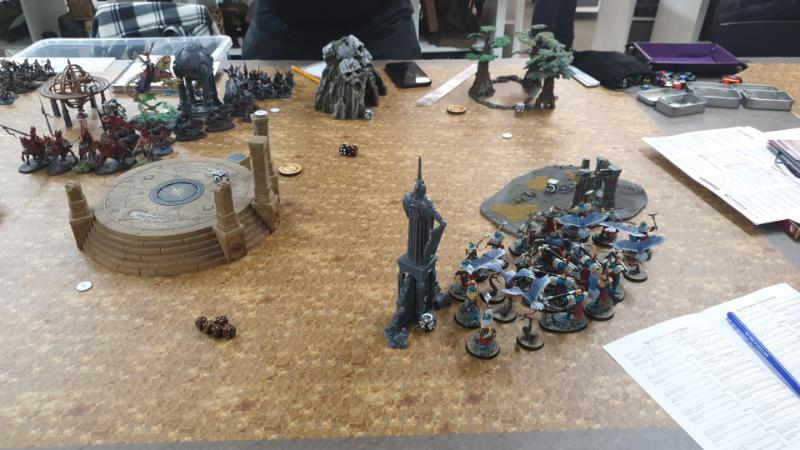 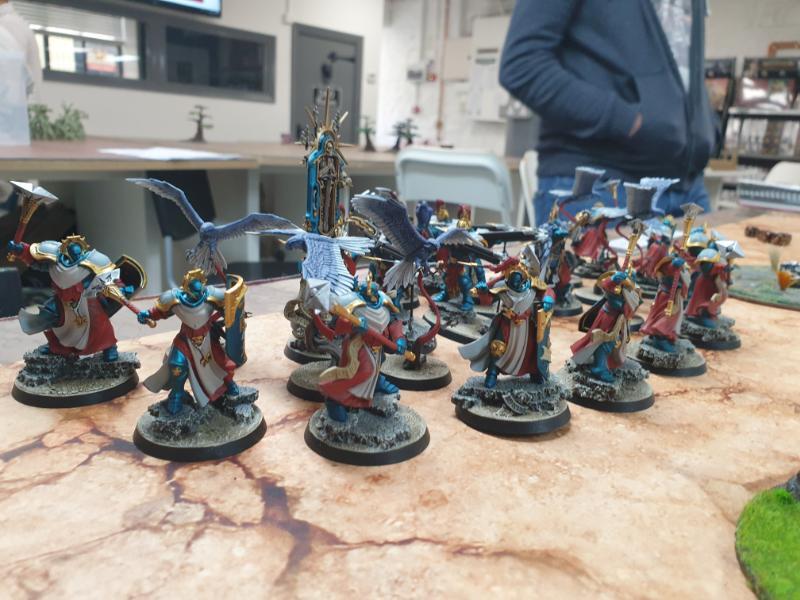 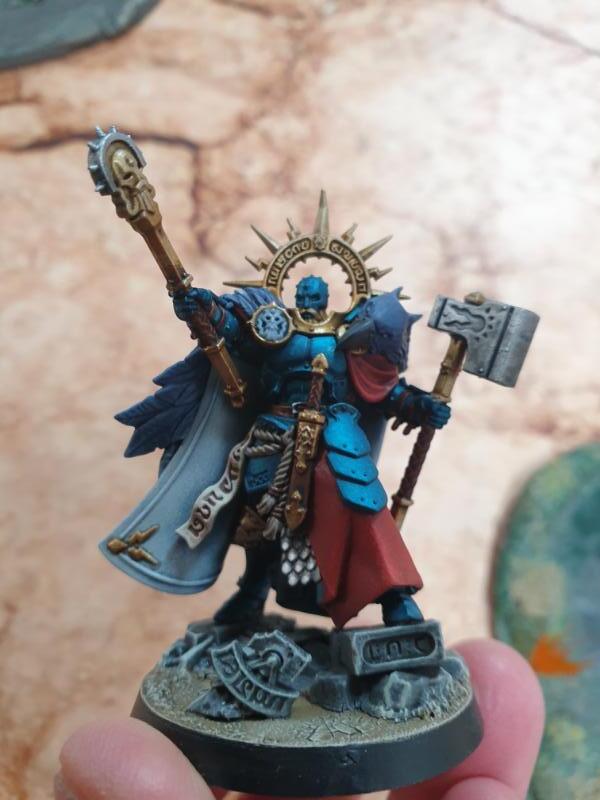 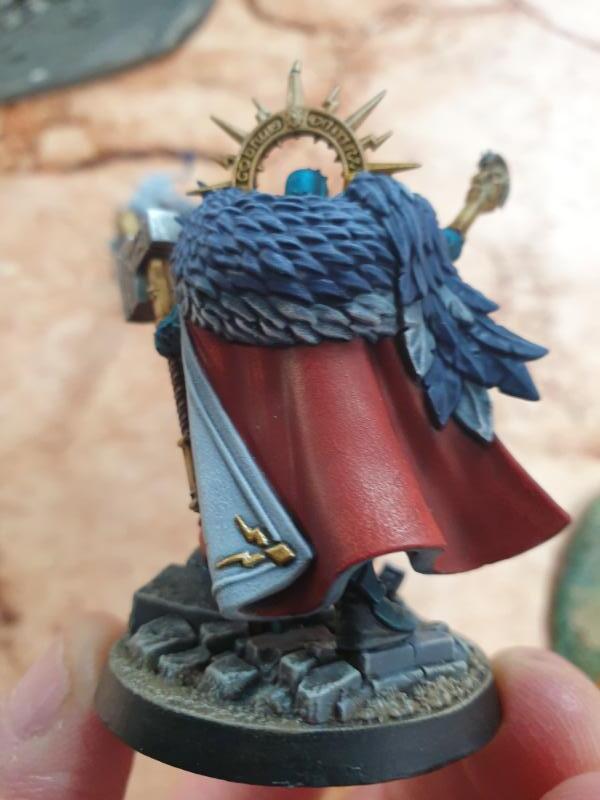 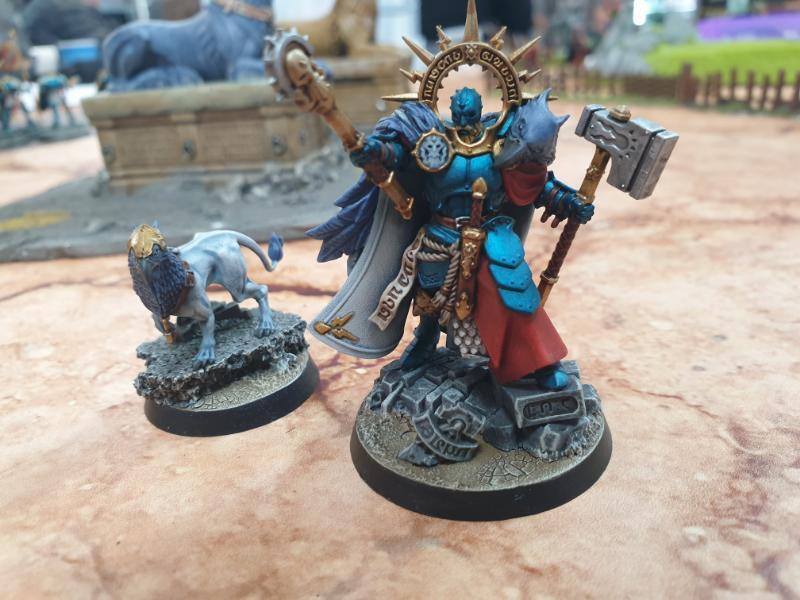 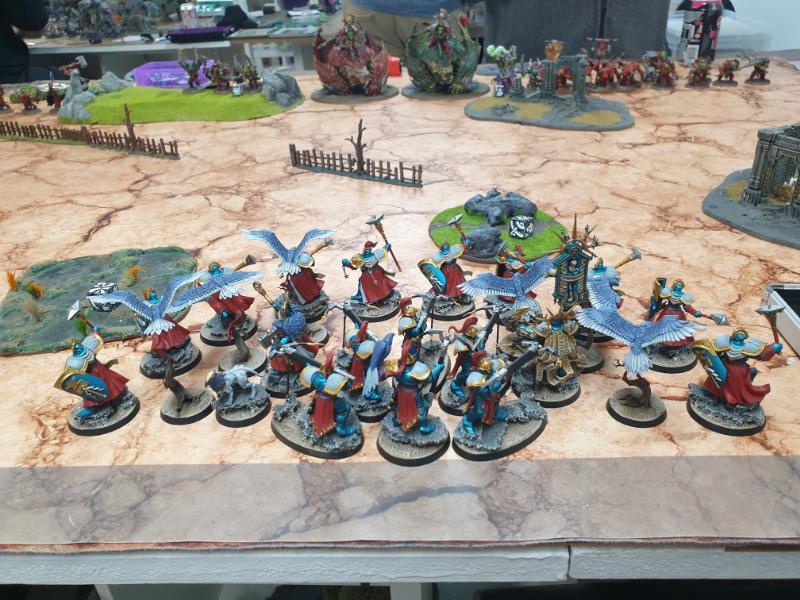 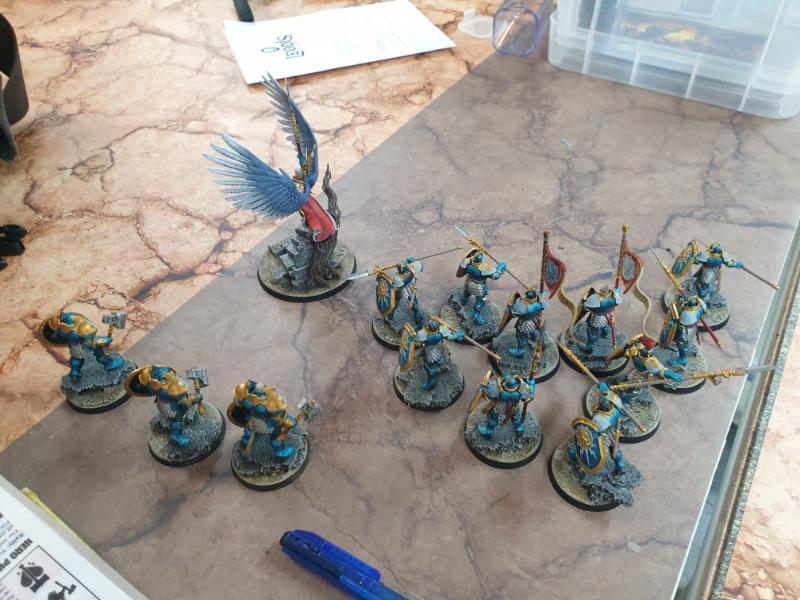