"It's true that I just barely got away from the reavers, but we did accomplish our mission and discovered the amberstone ley lines, so why is the boss coming here.  Kronak hasn't come down from the mountains in years, since his last attempt to find a way to Azyr.  This is my fight, not his!  He recruited me.  He recognized the talent.  I will show all of these lesser being the true meaning of chaos!  My new shaman thinks he's detected a cockatrice in the area that we could bring to our cause.  The Chimera we found seems to be sticking around.  We don't need those Dragon Ogors that Kronak brought and that Cygor is just disturbing.  I've never found them useful for anything but disrupting our own senses.  In the inevitable battle that comes, I will be the one that brings gets the glory!"

The league has moved up to 1000 points for September.  For my 1000 pt list, I've added the Chimera and a Shaggoth which will be the general now.  In addition, I'm building/painting a Cygor and a new unit of Dragon Ogors.  I also am building/painting a Cockatrice which will probably be used for summoning.  The new list will drop one of the units of Bestigors to stay under 1000 pts.

The Cygor I'm building mainly because I already have a Ghorgon and I just wanted to do something new.  I've always loved the look of the Cygor, even if they aren't very good.  Just having a cheap monster might be useful, we'll see.  I decided to magnetize the arms to he'd fit in my box.  Because of that, I also went ahead and built and magnetized a couple Ghorgon arms, because, why not at that point.  So he could transform into a Ghorgon if I decide to try a 2 Ghorgon list at some point.  I can actually even swap his face, though I'm not sure I'd bother. 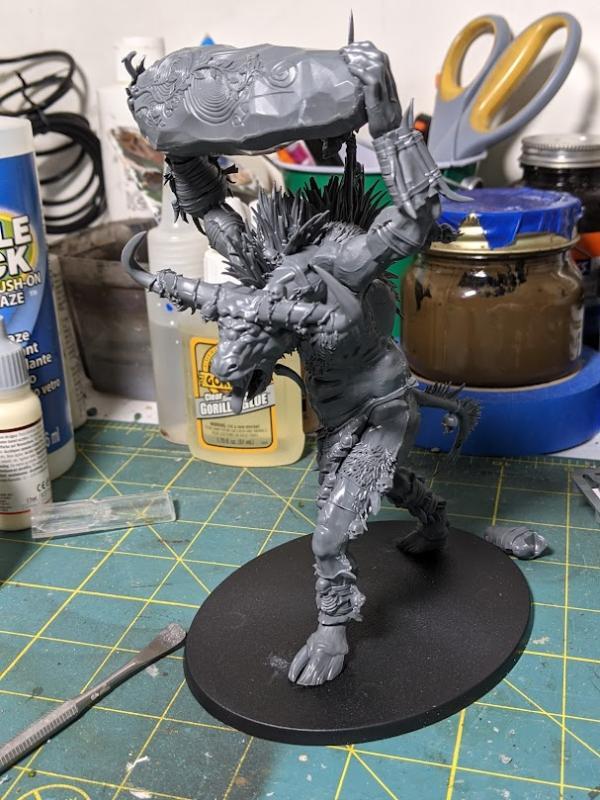 For the Dragon Ogors, I built them with glaives, mostly because that is the only thing I don't already have.  The two inch reach might end up being useful if I decide to run them in a group of 6, I'm not sure.  In any case, I really like the glaive look and the DO weapons don't change all that much in any case. 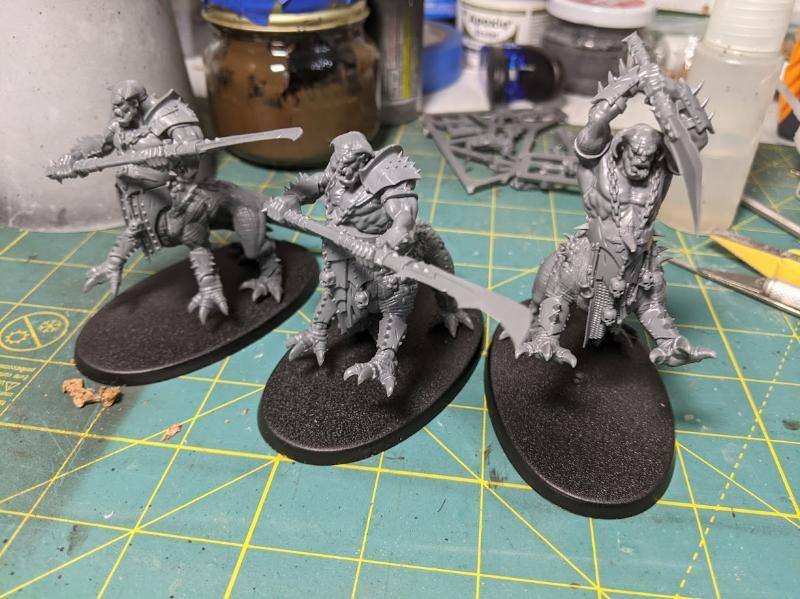 For the Cockatice, I found an old Marauder Cockatrice new in blister for a reasonable price.  I really like the old one and I just wanted to be different.  It just seemed like a useful figure to have for possible summoning and to fill in points on some of the lists I was working on.  A reasonably fast, flying, cheap monster should prove useful.  He's a bit smaller than the new one so I built up his base a bit to give him a little more height. 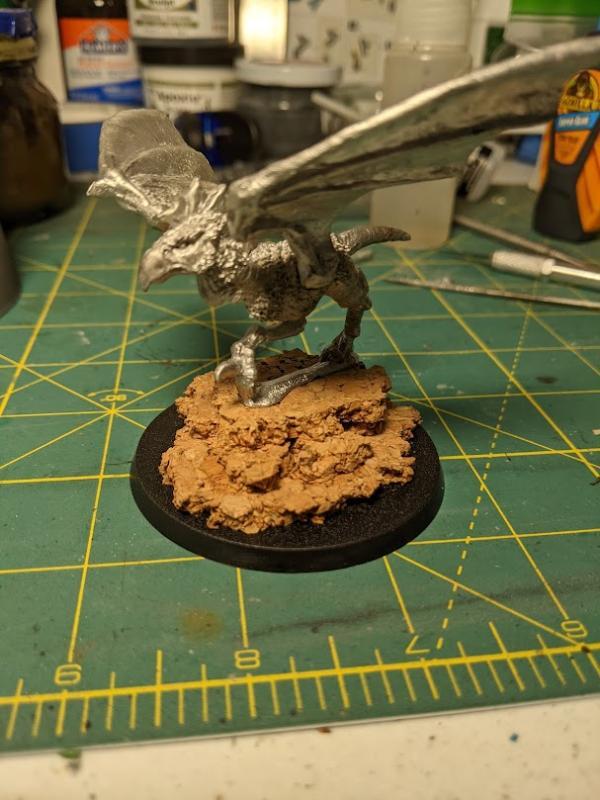 Also coming in this new month, the Anvil of Apotheosis characters go up to 25 points.  I'll update their warscrolls and put them up here soon