... with an apology. My phone really doesn't have the best camera and I'm far too poor to invest in anything to improve the situation. Plus, any spare cash I do have, I'd rather spend on modelling gear and paints. Not really buying models at the minute. There's no need really with the amount of grey I have. I totalled up the other night and my unpainted SCE alone sits at over 7k. Ridiculous. That's kinda one of the main reasons why I'm pushing myself with this blog. I've so much SCE suddenly that I've written a new list to just run in friendly games whilst I'm painting all this. If you're interested, it looks like the following:

Knight-Vexillor with Banner of Apotheosis

Comes out as bang on 2k and will be next up for painting after this.

Anywho, onto the main reason for this post. I'll not be doing anymore painting this week so thought I'd give an update. One of the main reasons for this blog is to be brutally honest with myself and to maybe help others like me. I've probably put in about 5 hours of painting and all I've managed to do is one layer on the underarmour and straps. I've absolutely no idea whatsoever how people paint fast. It seems to take me bloody ages to just do one layer, let alone everything that's required.

You can see in the pics that this looks terrible. The idea is to do them all in black contrast. With these areas, they're so hidden away that I'm not too bothered about them and black contrast is perfect for them, especially with everything else that comes later. The only problem is that you need to prep the area. I normally go for grey seer (seen with the sequitor) but on Monday night my pot was so dried up I abandoned it and moved over to corax white (as seen with the vindicator). Both paints are horrible to use and even with a wet pallet they dry up so fast.

I'm not too bothered at this stage how bad they look as I know they'll be alright in the end. What concerns me more though is that they all need another coat of grey seer, especially the white which is far too bright for contrast black. I'll be able to pick some up tomorrow but that means I'll need to spend another ca.5 hours doing this... that's another week. Another week behind schedule.

Alas, this is the tales and rambling of a mediocre painter so I'd expect nothing less than delays to the schedule. I hope you get something out of my mediocrity.

Until next time and take care of yourselves. 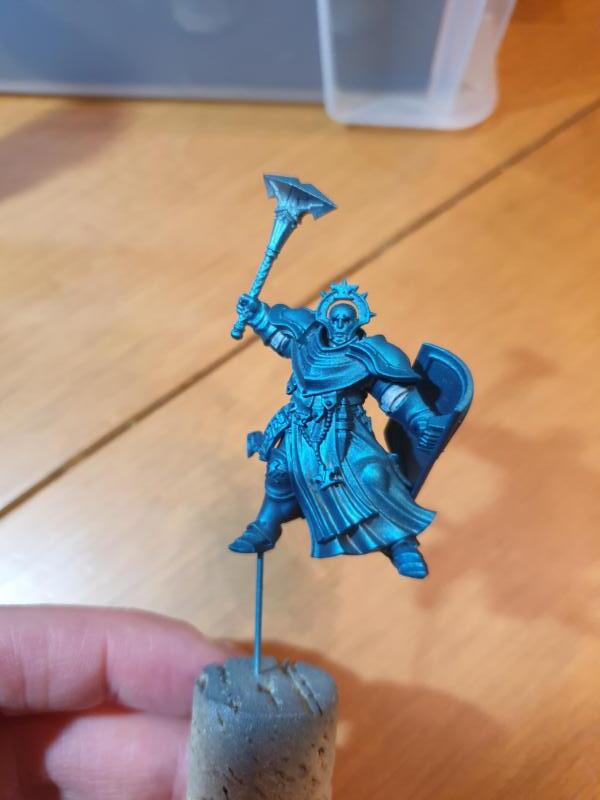 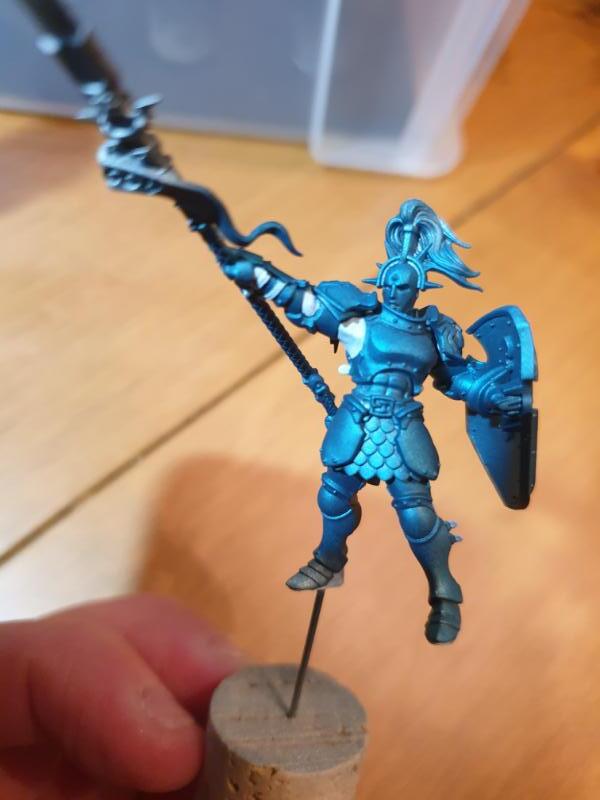 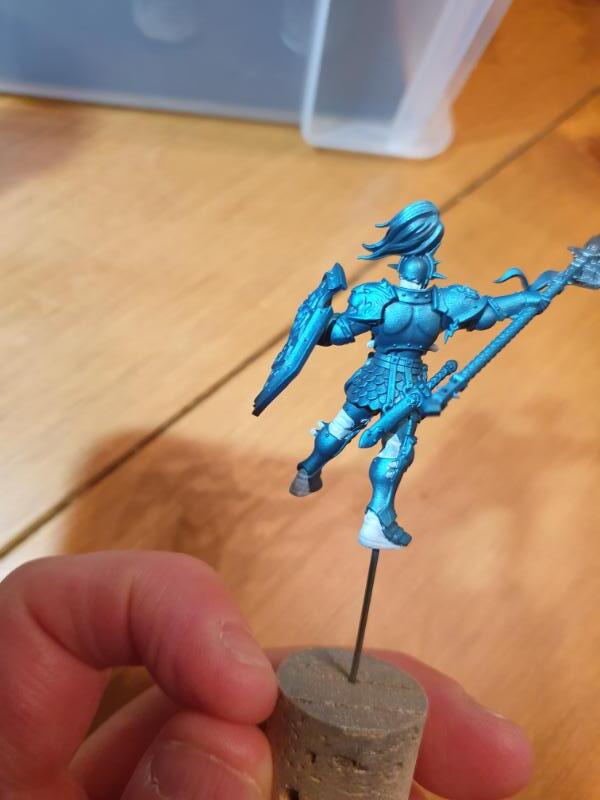