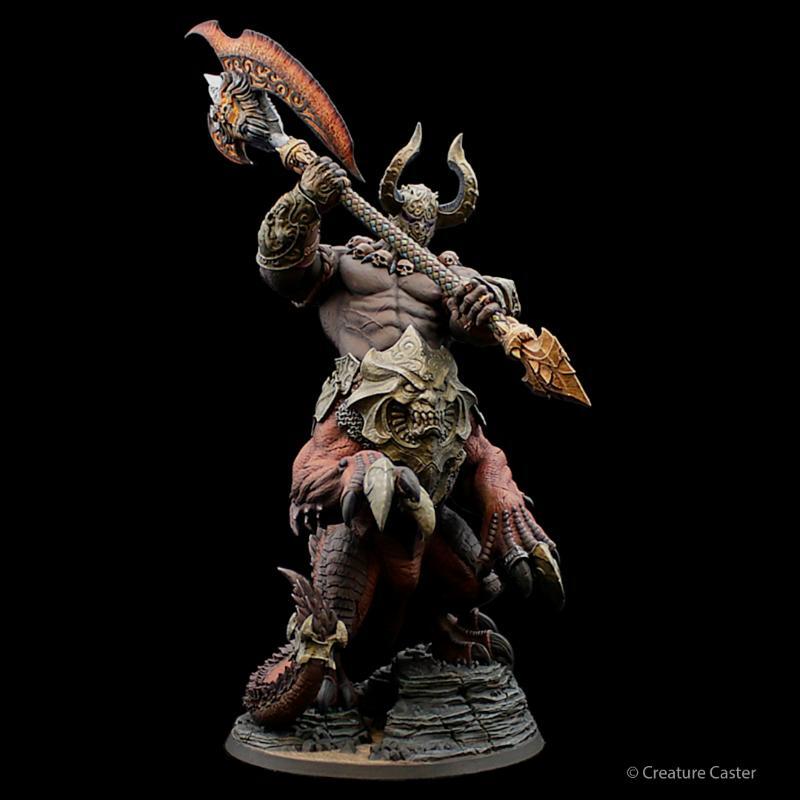 Since the escalation league I'm playing in uses Anvil of Apotheosis characters (building from a single 20 pt to eventually having a 40 pt and a 30 point) I thought this would be a good opportunity to make a real Shaggoth.  I've been eyeing the Drakon model from Creature Caster (above) since it was released a couple years ago but the normal Shaggoth rules seem too small for it.

I built an Anvil of Apotheosis character (35 points) to represent him.   I need to slightly violate the rules because the best way to represent him is to make it a Dragon Ogor with a Gargantuan Beast - which is technically illegal - but it actually loses points if anything so its fine (also I cleared it with the other players).  With another 5 points, I'd add tail whip, stomp, ferocious charge or the like.

I think I've mostly talked myself out of it (I'm trying to build/paint what I already have, I don't need to add another huge model, lol), but I liked the idea so much I wanted to share.    I think the model could be used as a "counts as" Mega-gargant for normal games. 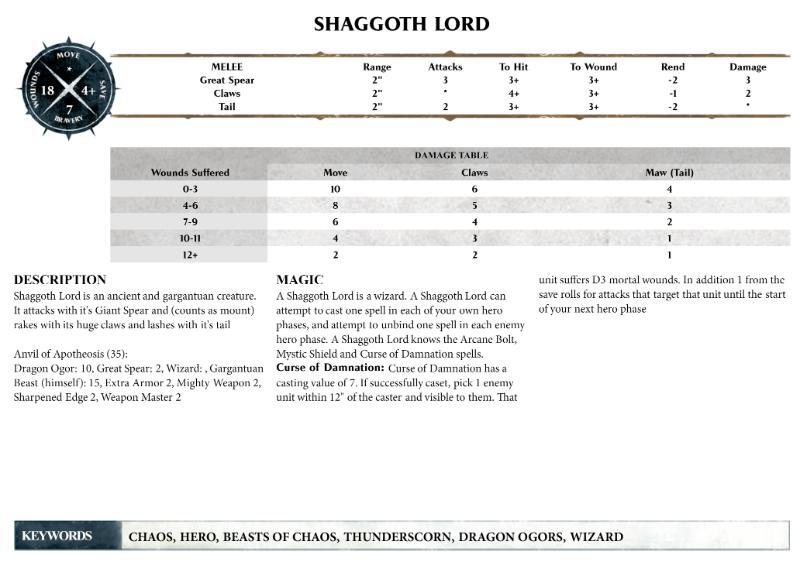 For those interested, here is the Creature Caster site with the model: