Vigug, the Brey-Shaman led the vanguard of the Breyherd out to meet Cuchulag.  His knowing eye revealed to him that this would be the place they would need to capture and hold to collect the primordial forces.  He set up the herdstone for he know the dreaded knights of Sigmar would be here soon.  He'd heard rumors that Sigmar, in his vain attempt to thwart the natural laws of chaos has created yet more upgrades to his mindless undead servants.  Then they arrived, sure enough.  A small detachment, but he knew more would surely be coming.  He sent a group of Bestigors to outflank them and prepared the sacrifices for the Herdstone, for he knew a Chimera was roaming this land that would be called to help.

Quickly battle was engaged.  From the heavens, a group of Stormcast, the like of which he had never seen appeared in a huge bolt of lighting, exploding out destroyed many of the Bestigors, their viscous charge finished the rest.  This was not good.  Vigug attempted to call forth the great Dirgehorn, but the winds of magic are fickle and in the swirling pit, burned Vigug at his very soul.  The flanking Bestigors managed to get the jump on the silver armored Stormcast on the far side of the battle but these new Stormcast were too strong and wiped them out to the beast.

"The gods are against us today", he cried, "but I will call forth the monster from these wilds to show these invaders what true chaos can do!".  The storm was upon him, however.  They killed his intended sacrifices before he could build up the power needed to bring the Chimera.  Vigug knew then, what he needed to do.  As he got ready to drive his ritualistic dagger into his own heart to bring the beast, he was intercepted by those same Stormcast and cut down.

Some ungors did hear the call.  They briefly came to help but seeing the slaughter thought better of it and disappeared back into the wilds.

This was a 500 point game to start the league.  The battleplan involved three objectives.  On was in the center, the other two moved each round, sort of swirling around the center.  My opponent didn't have an Anvil of Appotheosis character so we skipped those for this game.

The battle went pretty bad, right from the beginning.  I rolled snake-eyes on my cast of the Dirgehorn and did 3 mortal wounds to the shaman.  My flanking Bestigors failed their charge, even with a reroll - though it probably wouldn't have mattered.  His Annihilators completely destroyed my other poor Bestigors unit that I put in the middle of the board.  I attempted to play, run around the kitchen table, with my ungors and Shaman to buy time to bring a Chimera on - and it almost worked.  I actually healed my Shaman twice and forced his Annihilators into an 8 inch charge to get me but he rolled an 11 and wiped me out.  At the end of his turn, top of 3, my forces were all gone.  I could bring two units of Ungors on which actually could almost catch up, but they'd have been destroyed shortly after so we called it.

Here are some pictures of the game.  Mine are sadly still unpainted.  I've been spending all my time on the Chimera which is 80% done but sadly didn't make it onto the table.  We used a 60x30 table for this game. 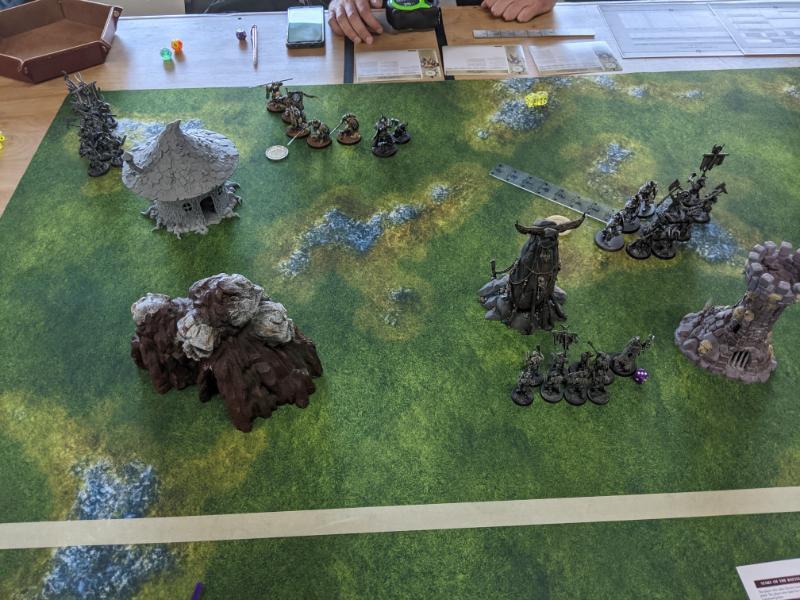 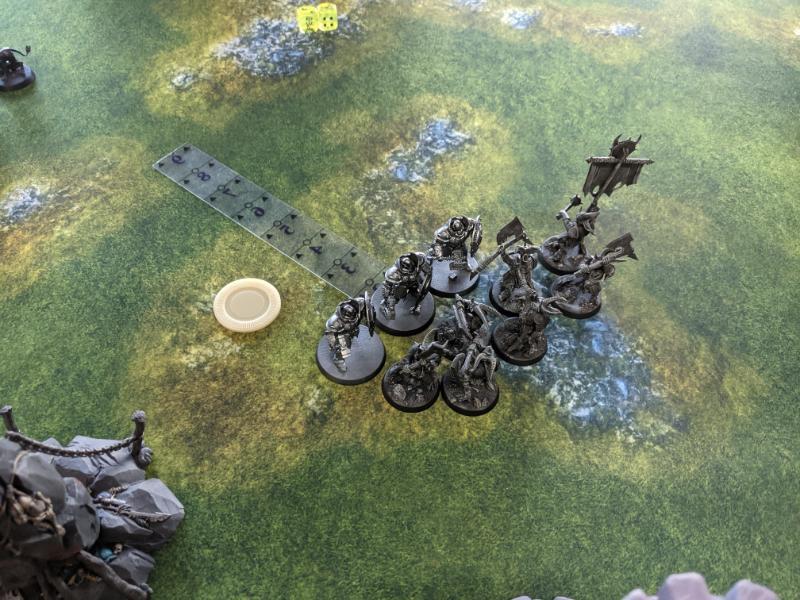 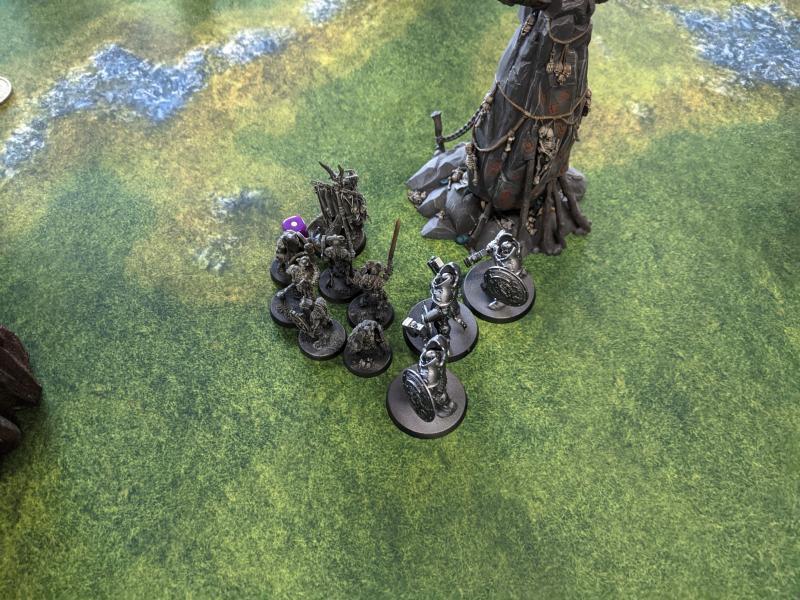 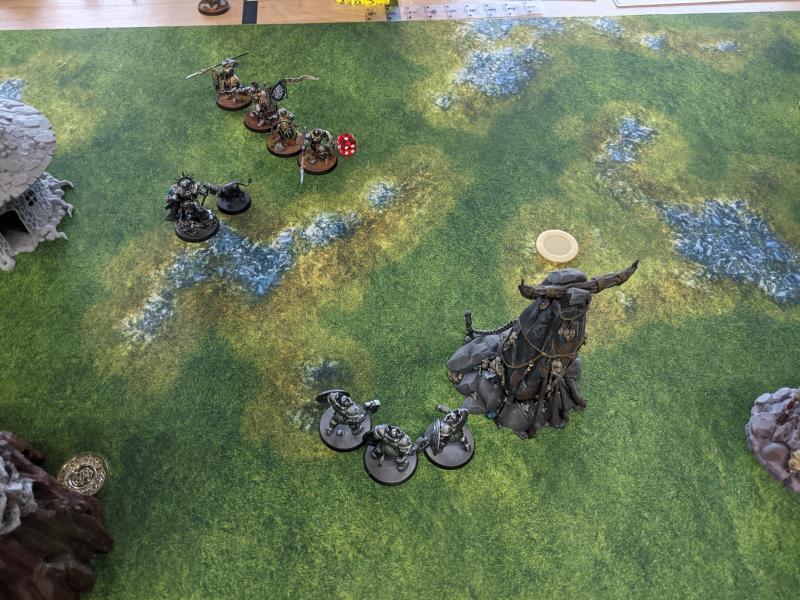