Hi! I'm back! Today without much lore other than the lore contained within the warscrolls themselves. But today, I come to you to present the Hardtack Boarders and Rotting Cranians. Hardtack Boarders are zombie mates that use giant undead parrots smuggled from Ghyran to board other vessels and try to sink them as fast as they can. They are hard to hit and are able to pack a punch with the right leader choice (foreshadowing???). I will not lie, they were inspired by the boarding troops used by Vampire Coast in Total War, but I decided that giant bats are a little to cliche for my taste. The 2nd units, the Rotting Cranians are basically Rotting Prometheans brought over from The World that Was with a new name. I just like big crabs, what can I say, I hope we're getting more of them after the Underworlds release. 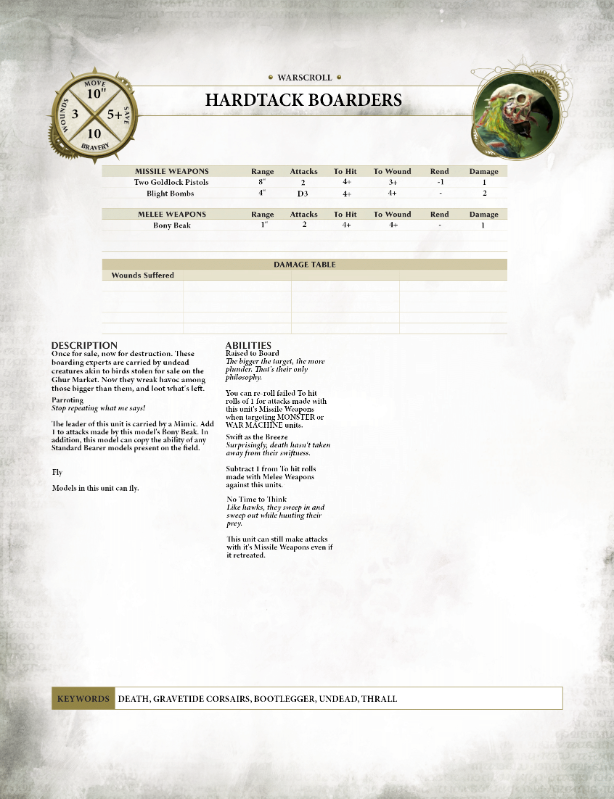 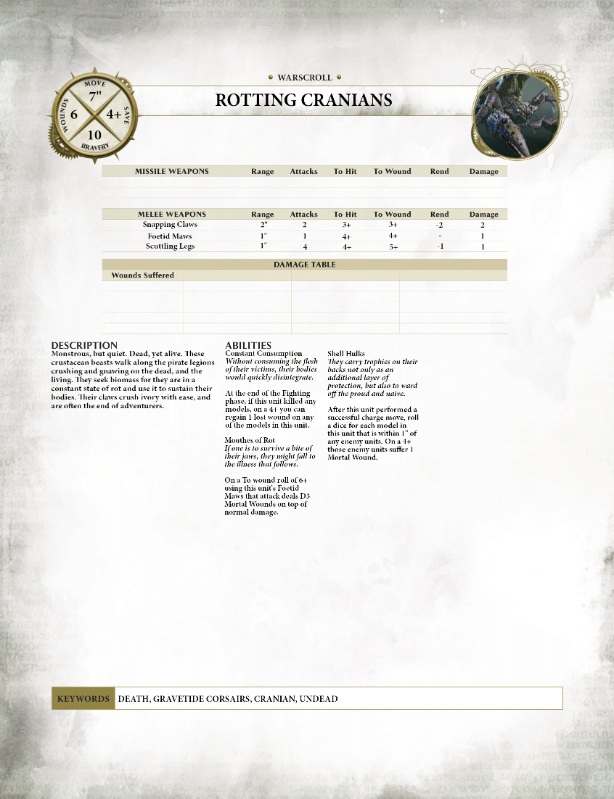