Alright, back to the evil snek girls!

I took a break from my girls to work on Cities of Sigmar (dark elves, of course), then some Yu Jing goodness for Infinity, but the release of the new endless spells for DoK, and a new army book has me excited about working on these again.

I felt the previous DoK book had one very powerful list option, which felt a bit OP to me. I game with a small group of friends that has limited gaming time, meaning we’re fairy casual and don’t have the time to adjust play styles and adapt to our opponents. Rolling in with a supposed “glass cannon” army that was still tougher n’ most orcs felt a bit disappointing.

The new book really seems to be designed to encourage trying different troops and play styles, which is a definite win.

So, to start again, I’ve been waiting for DoK-specific spells since endless spells were introduced... it still felt like GW didn’t consider them a “real” army, when even beastmen were getting specific terrain and endless spells.  Finally, the wait is over!

I painted this guy as a creature of shadow and sorcery, rather than blood. It fits my theme a little better. I haven’t committed to a specific temple yet, but I like the concept of coming from Ulgu, striking from the shadows. 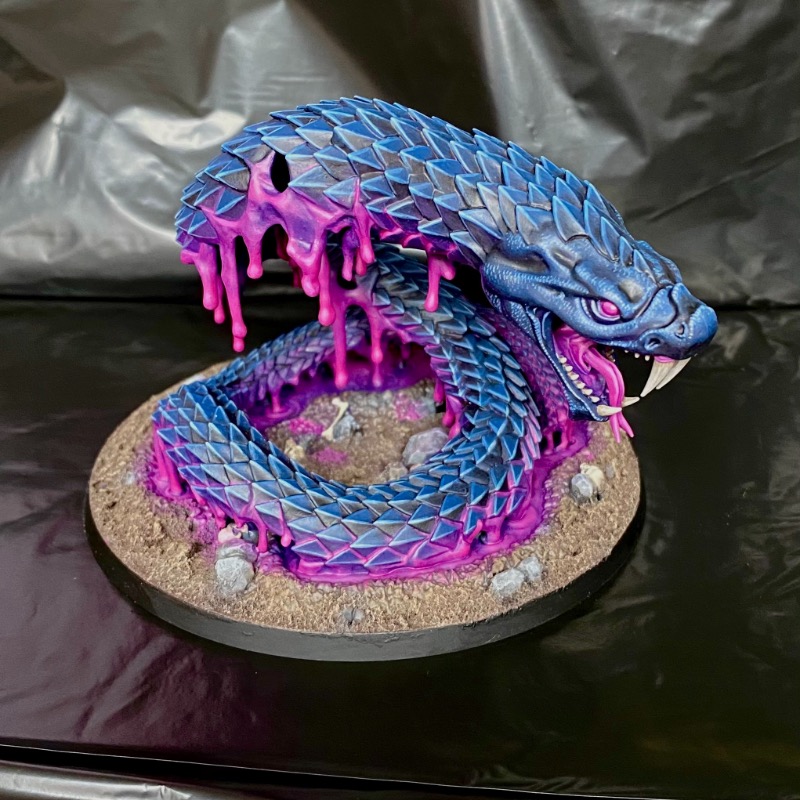