Most of us have probably succumbed to it at some point in our playing - that fear/obsession over one particular aspect of our opponent’s list that causes  us to make choices in our turn to address it that ultimately prove sub-optimal in many other areas of the match and ultimately self-defeating as at best we delay what we are worried about, not entirely derail.

The last time these two players had gone head-to-head it had been Mawtribes v FEC with the double pile-ins of Feeding Frenzy playing a big role in the game’s outcome.  Given this it wasn’t surprising that Mawtribes was concerned about the Tyrant’s of Blood Battalion’s special ability if sequential Bloodthirster activation.  Add in a battleplan with 8 objectives and a limited number of units to address them with and there was a lot of room for mistakes to creep in as the Mawtribes player tried to avoid giving Khorne the opportunity. 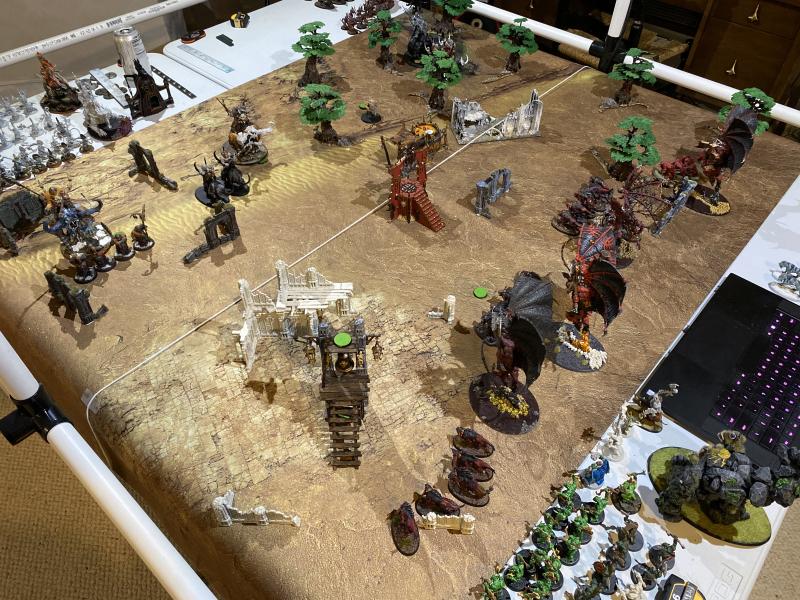 Still, from the outside looking in it was clear that Tyrant’s of Blood was dictating the game on both side of the table.  Mawtribes did manage to set up a solo activation with their Ironguts vs FURY that did go in their favor. 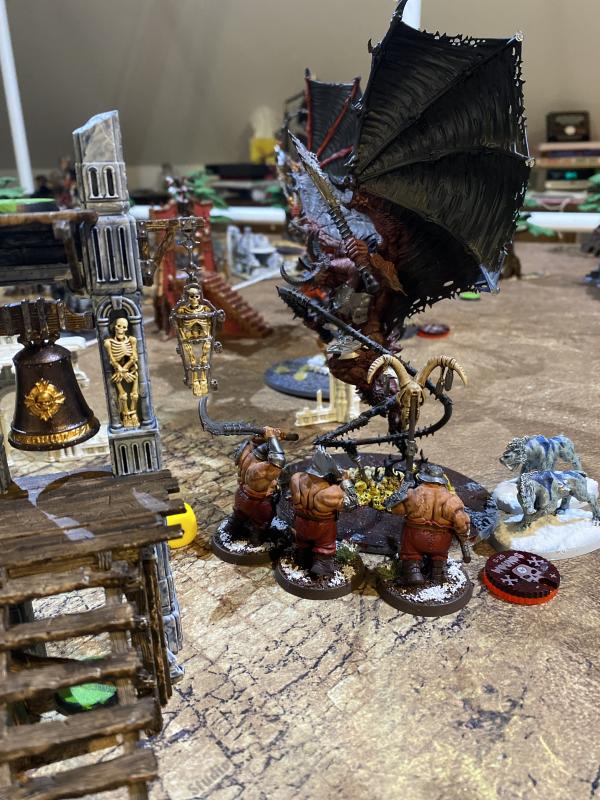 FURY would fall to the Ironguts but unfortunately the Frost Sabres you see are an example of the type of mistake which was made because after coming out of ambush with Icebrow Hunter and thus being in range for Charge bonus they were sent into FURY instead of used against Skarbrand to force an activation and preventing him from using his ability to use his best Damage Table Profile the next turn.

FURY’s fall had also come after an earlier mistake not to even try a medium-length charge with the Beastriders that would’ve likely wiped at least a unit of Fleshhounds.  This set up Khorne to one shot them on their turn with RAGE. 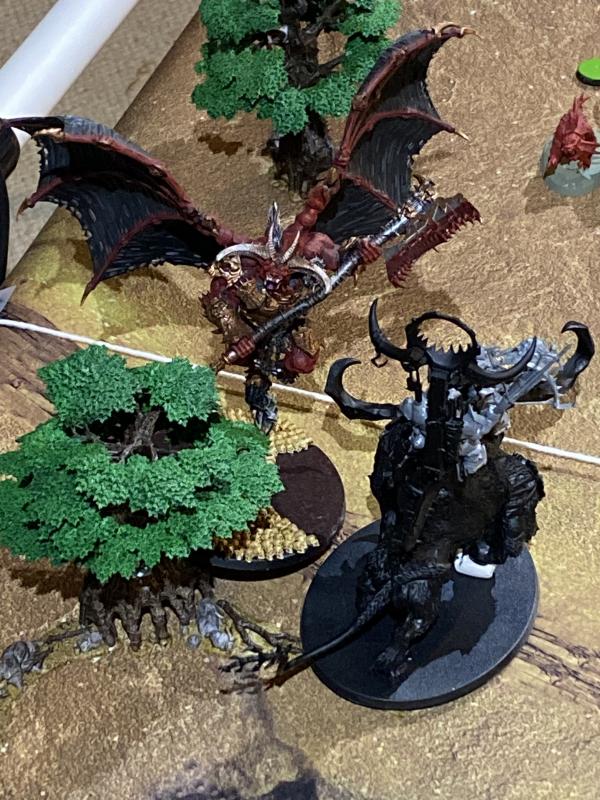 And after FURY’s fall Khorne took full advantage of Baleful Lord’s ability to let Bloodthirsters run & charge to set up exactly the Tyrants of Blood sequence Mawtribes had been fearing with RAGE into the Frostlord, super-profiled Skarbrand into the Huskard and WRATH on Irongut mop up duty. 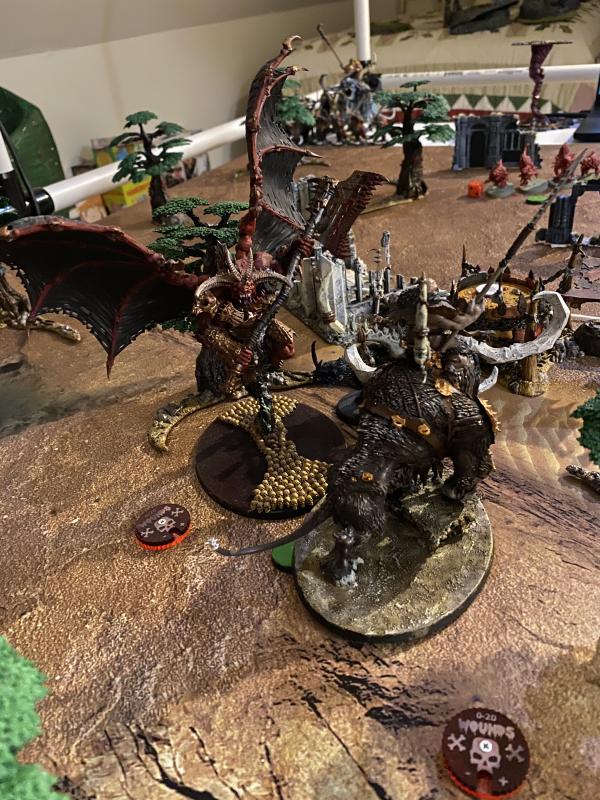 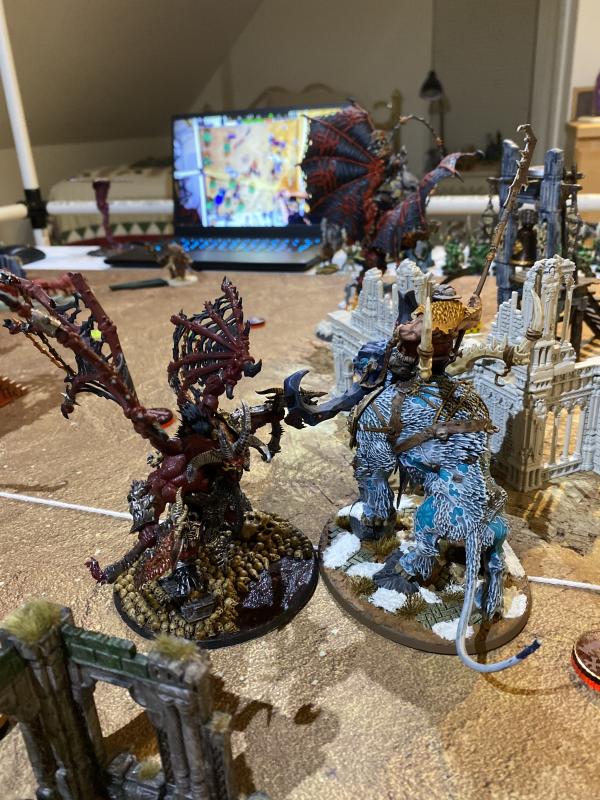 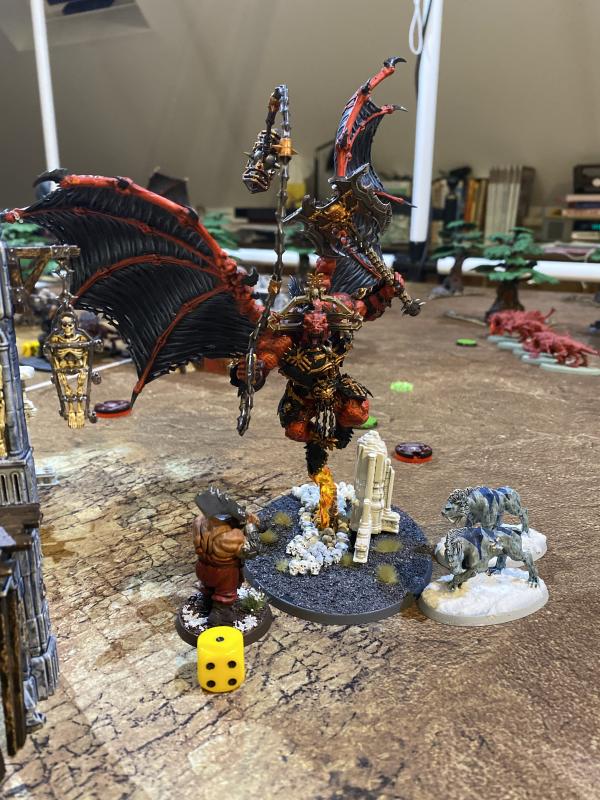 The Frostlord would survive with a single wound left and kill RAGE on their next turn but by that point Khorne had enough Blood Tithe to summon in a fresh Bloodthirster and it was just left for Skarbrand to do mop up duty. 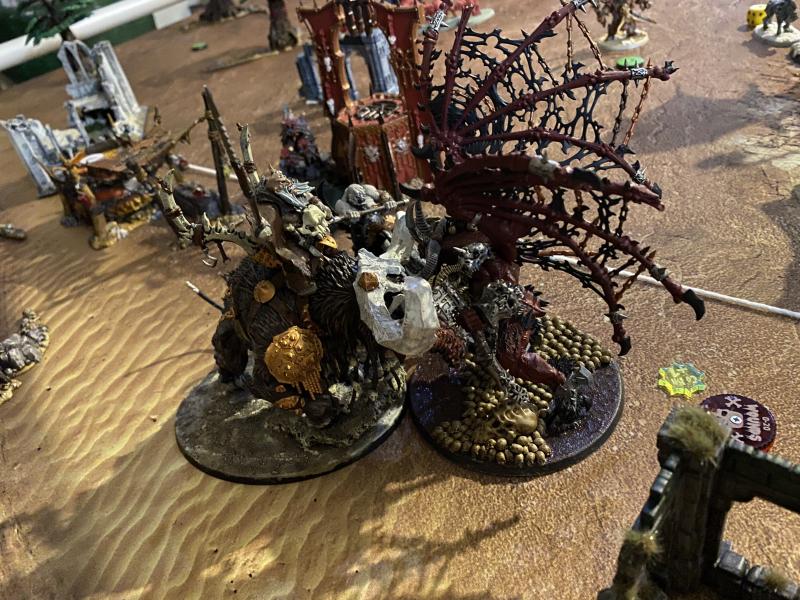 Until the last few turns on VP this one had remained close with Khorne choosing not to burn objectives when they had the opportunity but Mawtribes maxing out their chance post -FURY’s fall to get as many points out of it as they could.  But ultimately in trying to avoid sequential activation Mawtribes gave up too much (particularly in the form of Damage on the Charge) to prevent being on the wrong side of the attrition by the late rounds.

So now (with the upset?) Mawtribes and Khorne are both 1-1.  The Fyreslayers vs Bonesplitterz match had to be postponed but can Bonesplitterz pull even when it goes down or will Fyreslayers pull into the lead?  And can Mawtribes shake it off like new fallen snow against Fyreslayers in the final round before the table flip?  Can Khorne carry their momentum forward against Bonesplitterz? 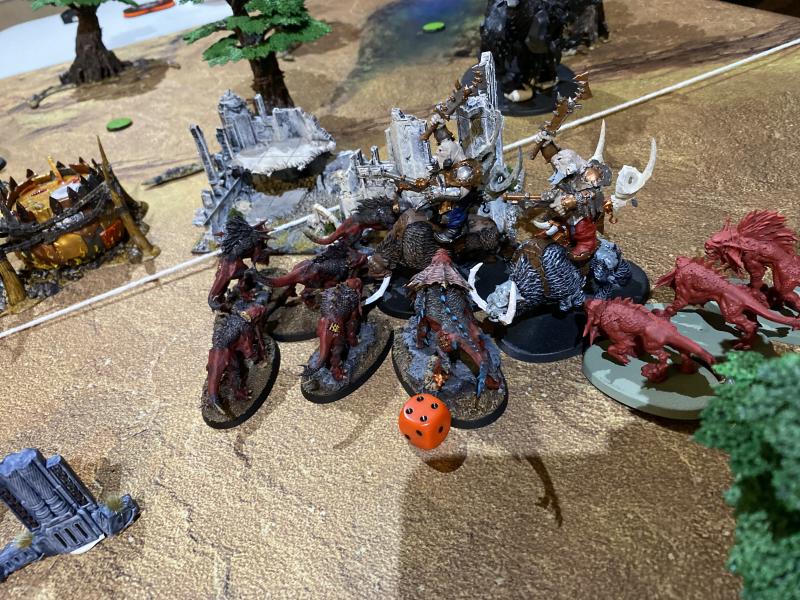 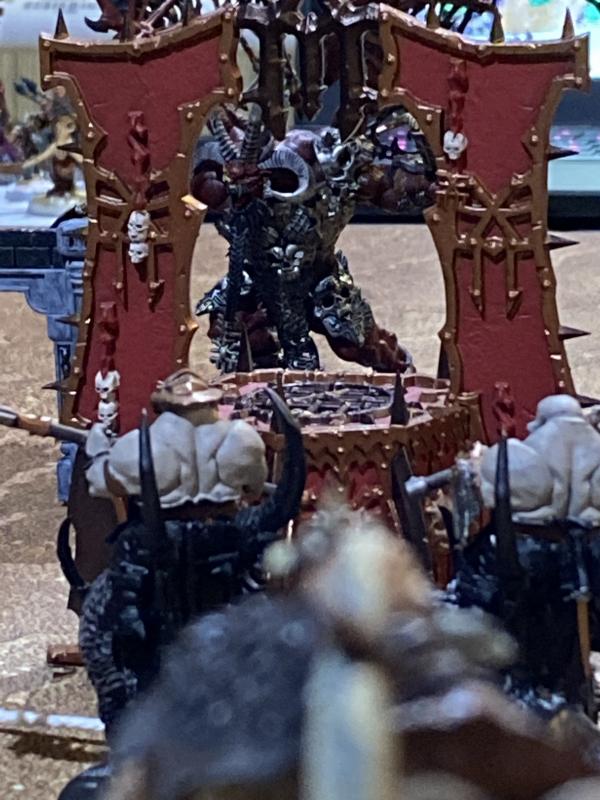 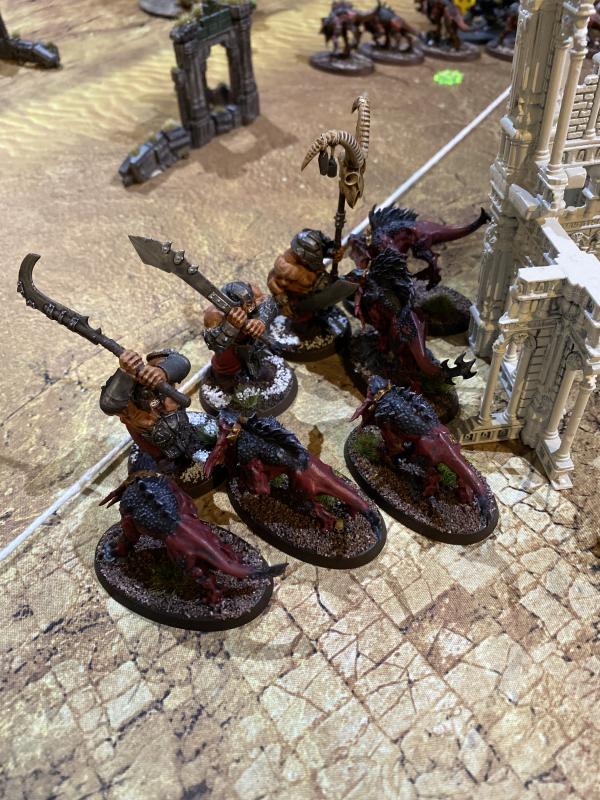 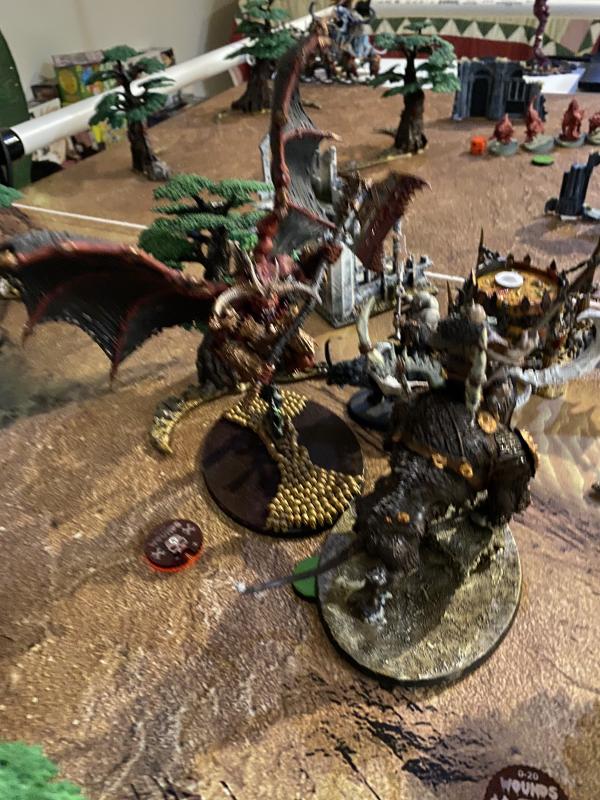