Oh Boy!  After a few weeks off for the Holidays during which I probably spent way too much time reading threads about how bad things supposedly are in Age of Sigmar land (there’s not enough diversity, there’s too much power creep, it’s being neglected, etc.) I am grateful to be back playing and having fun.  Don’t get me wrong, there are a lot of thoughtful posters on all sides of these issues but reading through them in bulk just makes me incredibly grateful to have such a wonderful gaming group.  As @Kramer hit upon regularly in his posts on those threads when the social contract is strong you can have fun competitive games with a wide variety of lists.

Tonight, for example I will be concierging a grudge match that came out of our last tournament which was a combination escalation league and round robin.  It was Big Waaagh!!! vs. Gristelgore vs. Boulderhead vs. whatever the heck you want to call the crazy amalgamation of SCEs I put on the table trying to play the new “Morathi” rules with the random models my kids had picked out because they looked cool.  Round 1 was 1.25K, Round 2 was 1.5K and Round 3 was 1.75K with the Championship/Consolation match at 2K.

It was a fun series of matches (especially for everyone when they got to play me 😏) but the nature of the tournament meant that you might just catch a bad match where your point level was at a far more awkward state then your opponent’s when you went head-to-head.  Some good natured trash talk along these lines is the basis of tonight’s match up where the 2K Boulderhead list that got stuck in the consolation match goes up against the 2K Gristelgore list from the championship because Boulderhead was frustrated that they’d beaten Gristelgore at 1.5K only to not make the championship on a Tie Breaker.  Nothing for it but to settle it on the table.

And if that wasn’t enough to make me grateful up next I get to try something that I’ve always wanted to try.  As those threads I referenced earlier have shown in certain corners there is a strong belief that list building plays an outsized role in determining game outcomes.  Having faced the White Dwarf multi-Keeper of Secrets Slaanesh list on a tournament table I’m not so naive as to say list building doesn’t matter but call me old fashioned I think you still need to play the games.  More than that, beyond the mathhammer that so often only lasts until the dice are actually rolled I do believe that the player can truly drive the outcome by how the move those models around the table and what they choose to do with them.

So from the aftermath of the first game of Age of Sigmar I ever played I’d thought the best way to suss out the list vs player was, once you’d played through the match one way, you switch sides and play through it all again.  To me the ultimate bragging rights are if I can beat you with my list, then turnaround and beat my list with yours under the same conditions.  Now beyond the obvious time constraints there are often other issues (i.e. the taboo of touching your opponents’s models) that have kept this theoretical... Until Now.

Given I’m moving all the models anyway in our little Zoom League there are no taboos.  Time constraints remain real but that’s solved by a little tweaking such that we will play through the round robin with each player playing the list they submitted against each of the other players over our normal period.  When we’ve finished we’ll then reset and each player will play their opponent’s list in the same scenario.  All lists will be 2K.  Scoring in the first Round Robin will be 1 pt per a major victory.  In the second Round Robin if the player who won the previous match wins with the list they beat they score 2 points.  If the same list wins the second time the player scores 1 point.

By the end think we’ll have a very clear idea of both the skills of the players and the strengths of the respective lists.  I also have a strong suspicion that we’ll learn a lot playing against our own lists, something we rarely get to do.  Can’t wait to get started!

In the interim here are some of the highlights of the last tournament: 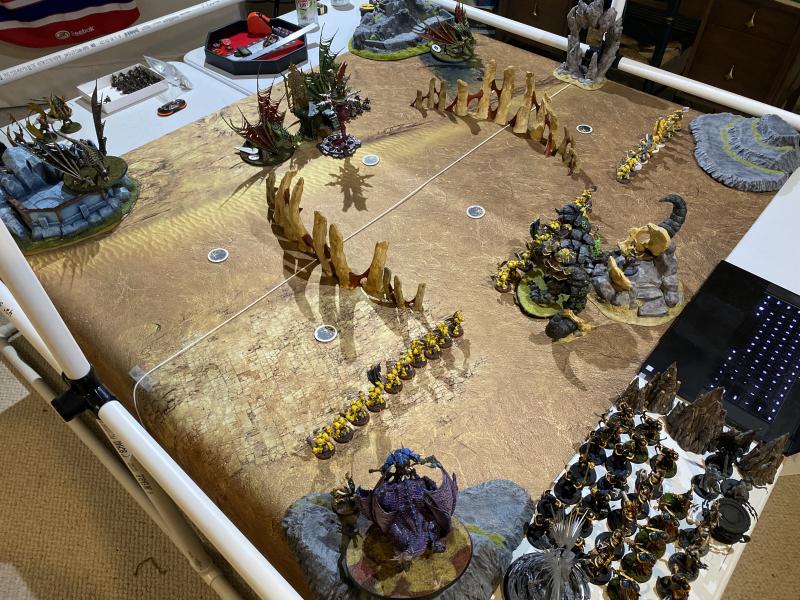 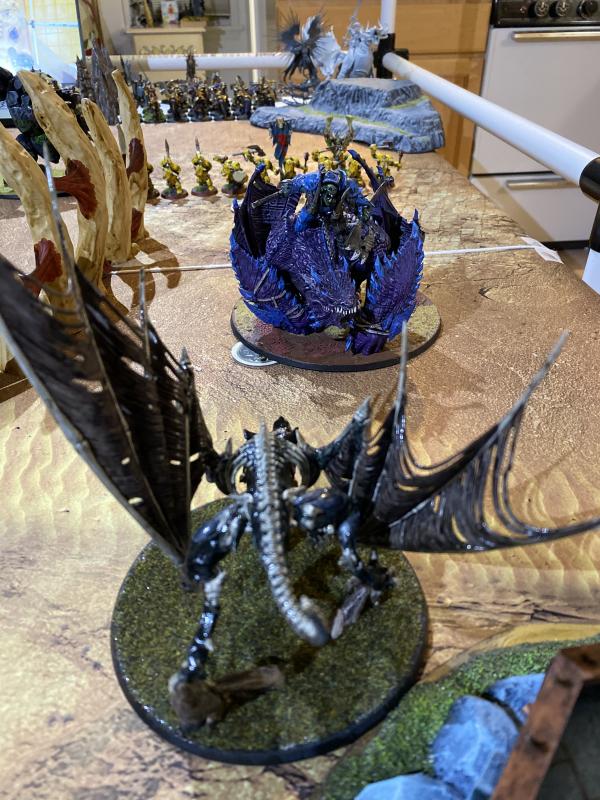 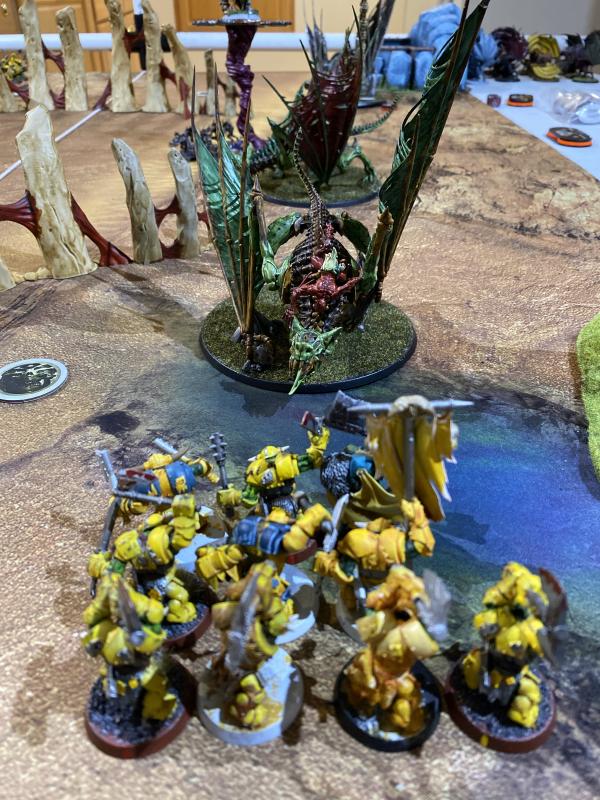 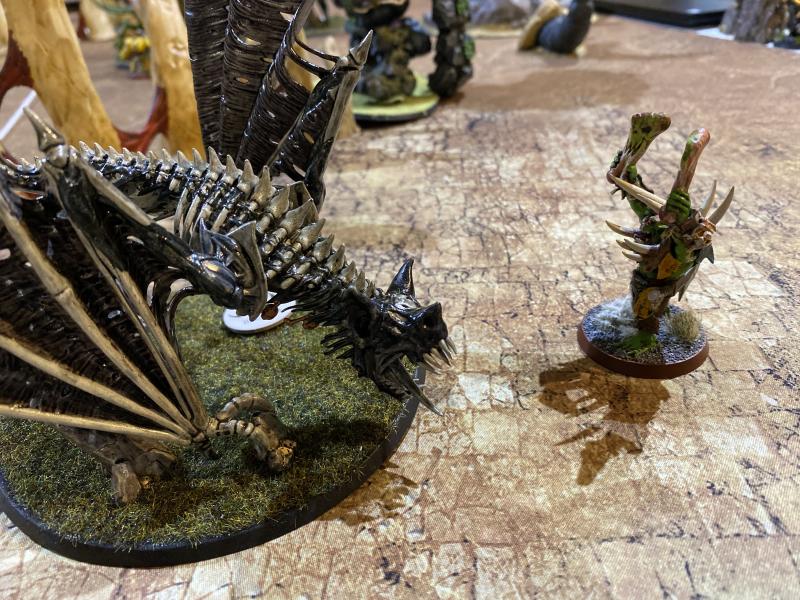 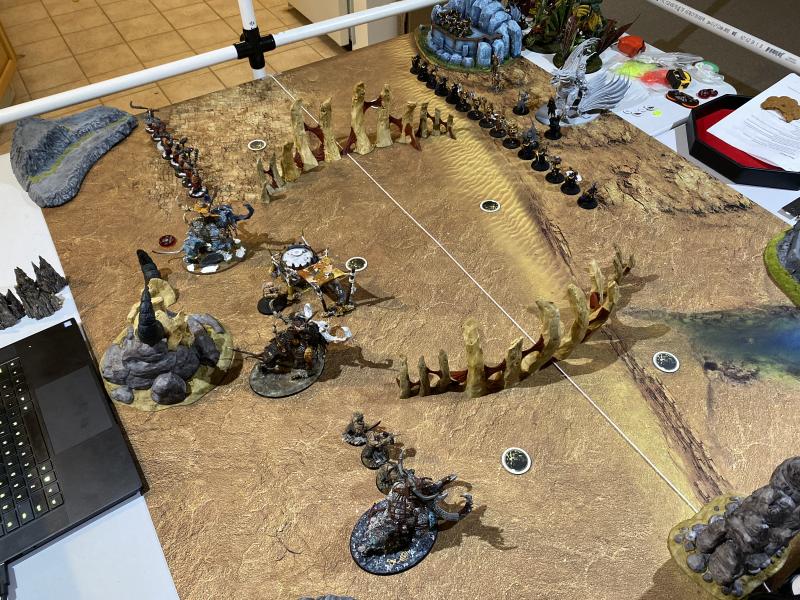 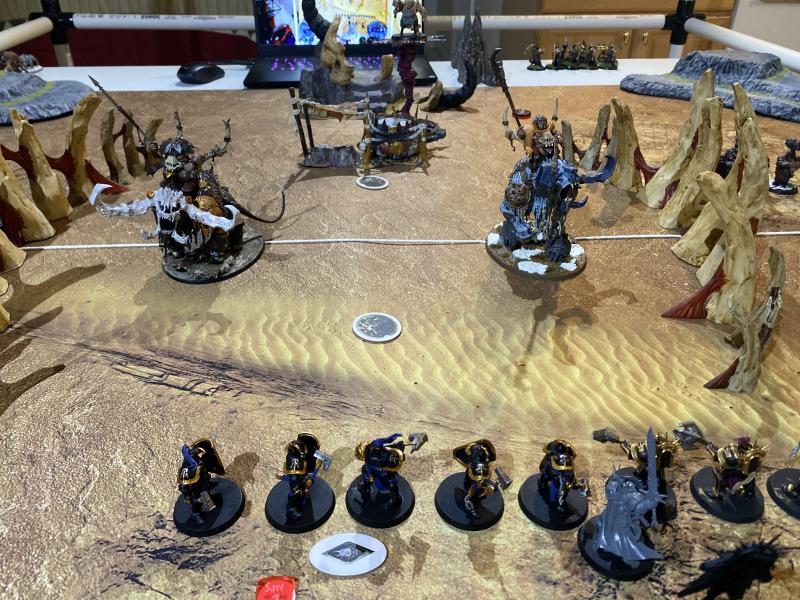 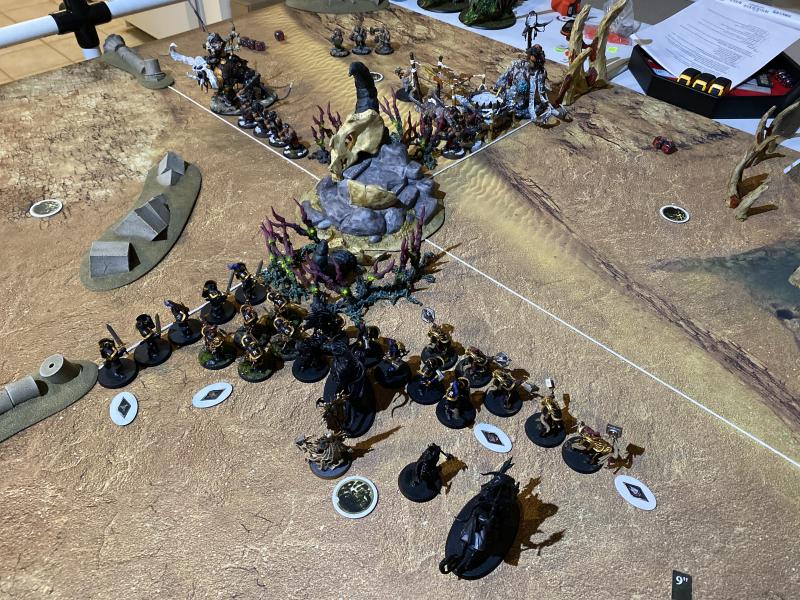 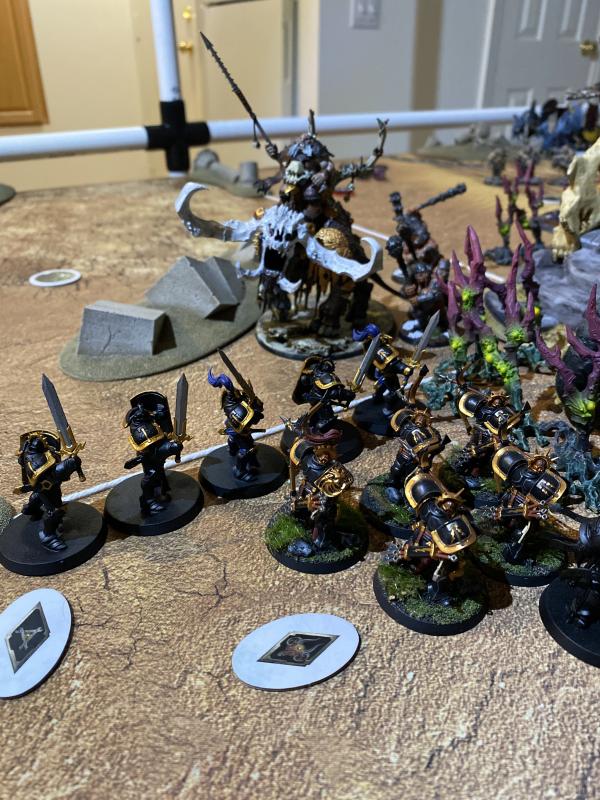 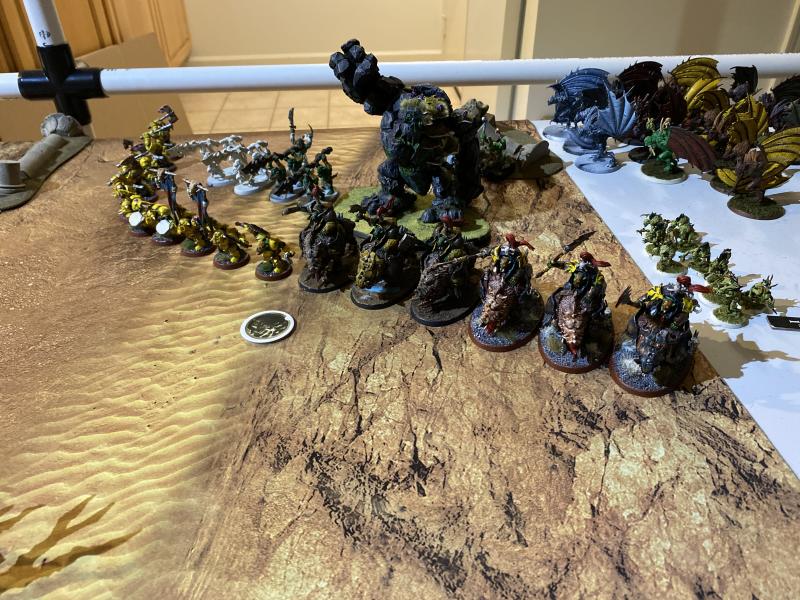 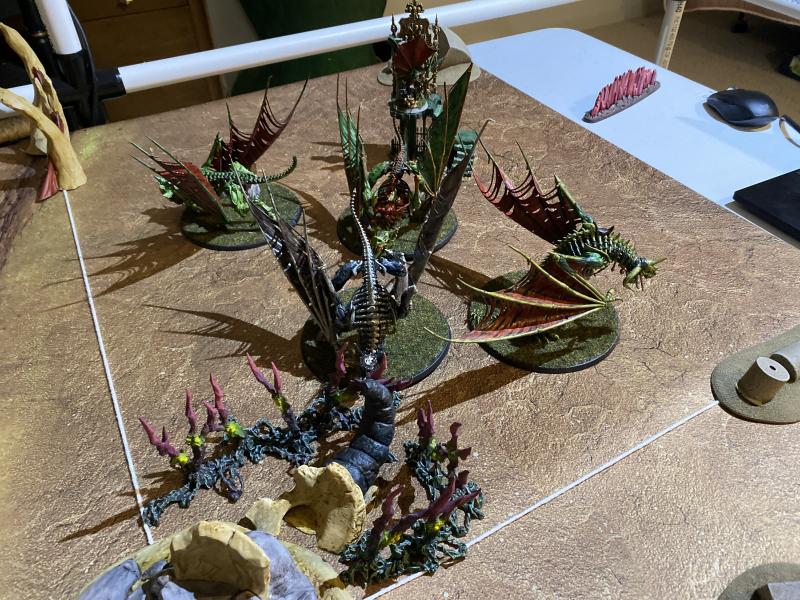 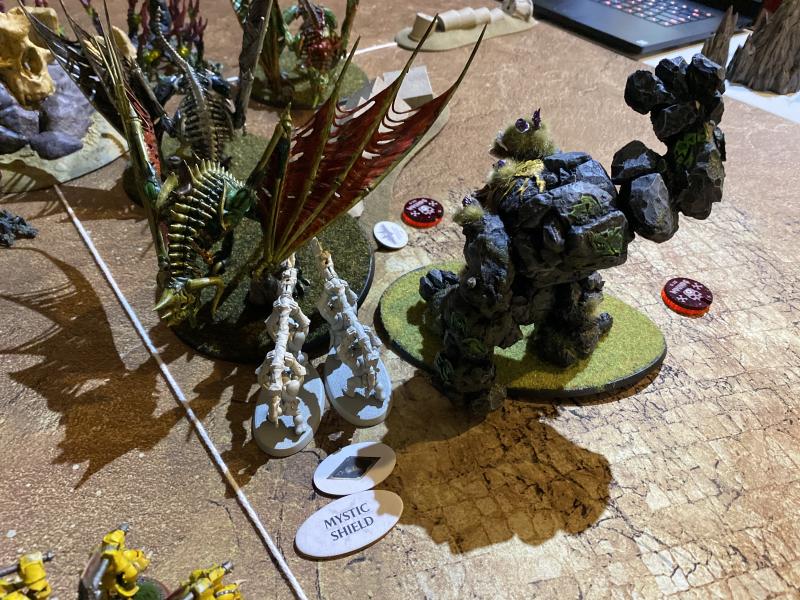 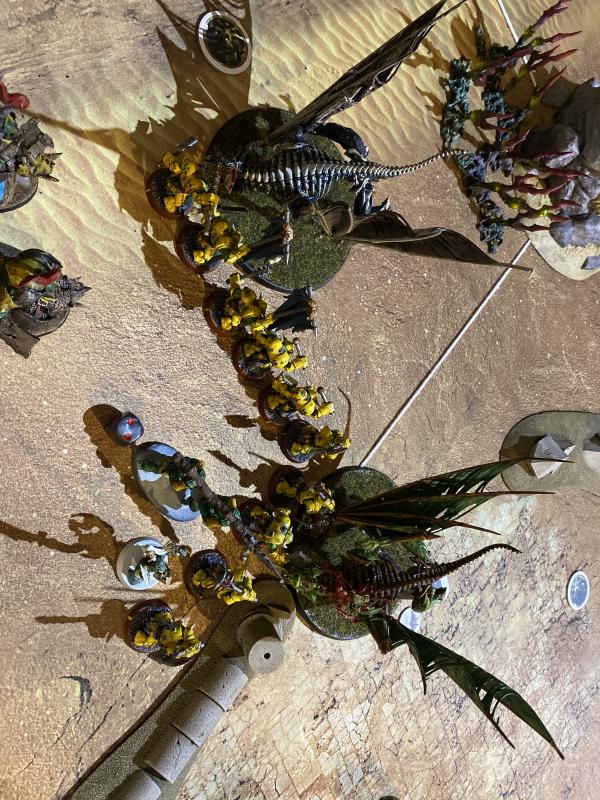 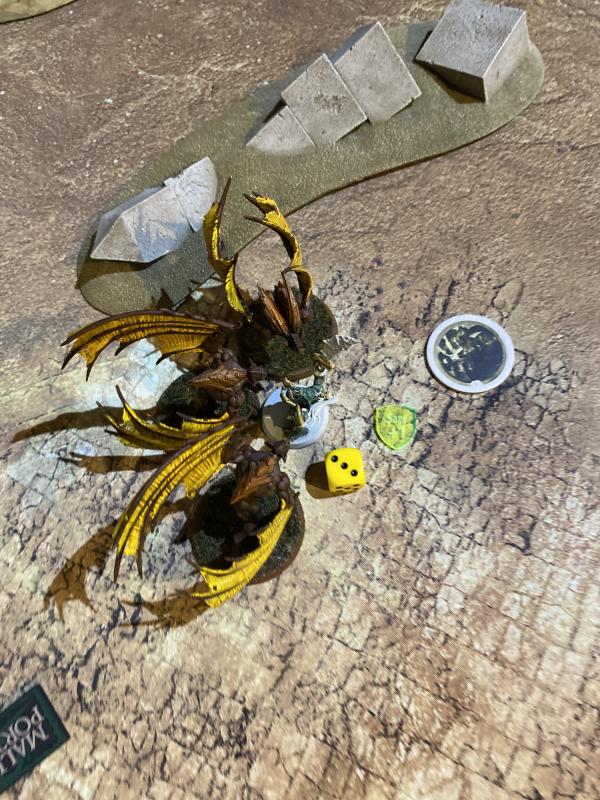 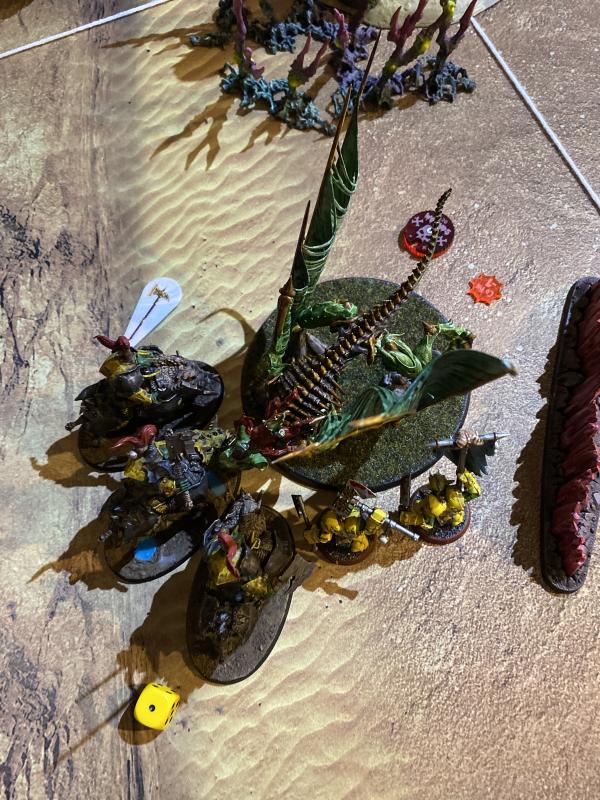