One of my conversions for my city of Krakenmund. I always wanted to have a monstrous mermaid-like creature in the army but I'd originally planned to base it on the DoK melusai kit. Instead I realised I had a nurgle nightmare hulk from the gellerpox infected side of the rogue trade kill team box, which had a wonderful tentacled arm. Combined with the top half of a sorceress and some other bits and greenstuff and we get the Sea Witch of Krakenmund. 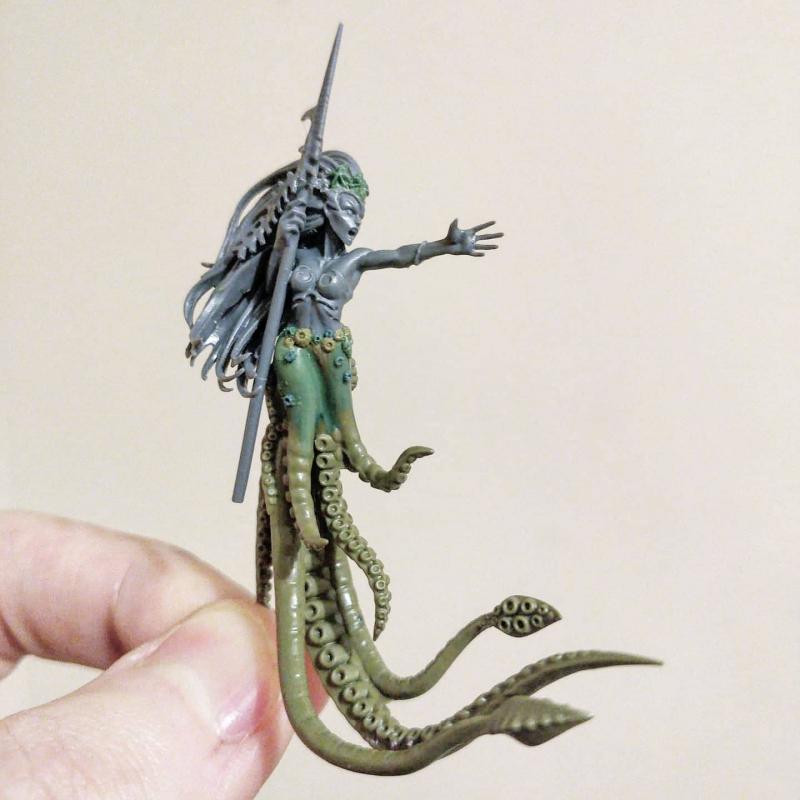 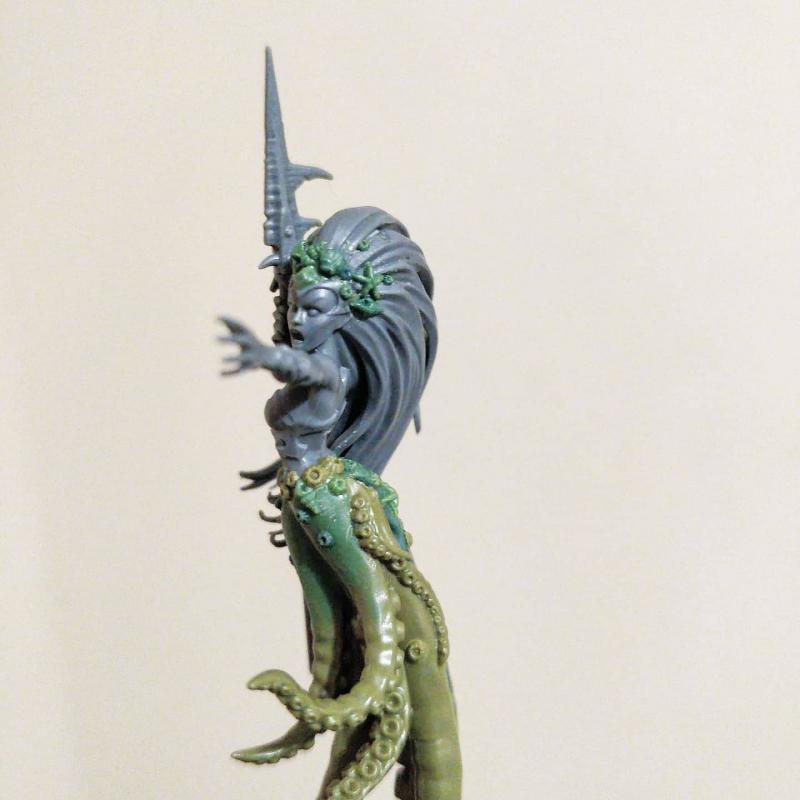