well, its not been to productive of late, but more progress has been made on the as of yet un-named Beastclaw raiders warband, and mistakes were made......

So, I went to get the bases from the cupboard as I wanted to get them done so I could start attaching the stonehorns as they are a pain in the butt due to them being front heavy.  Upon placing them on the table I noticed a bit of an issue with the filler I used. 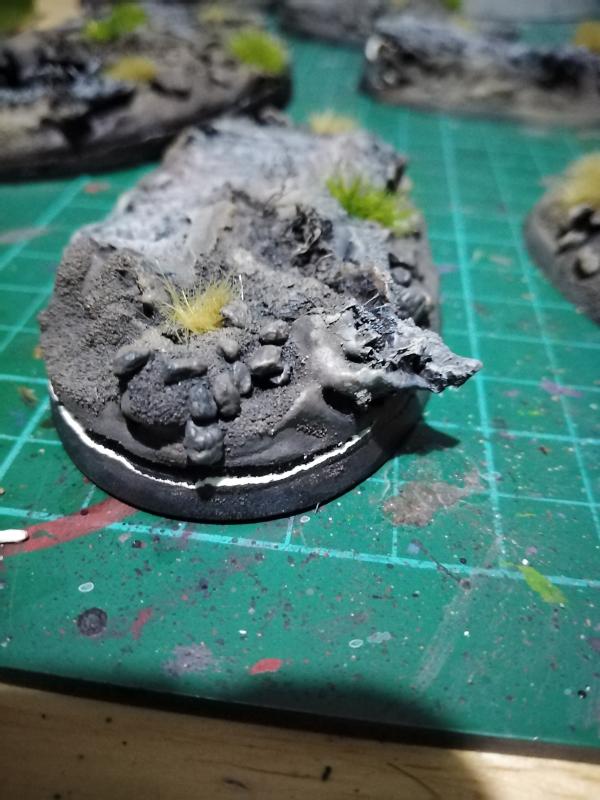 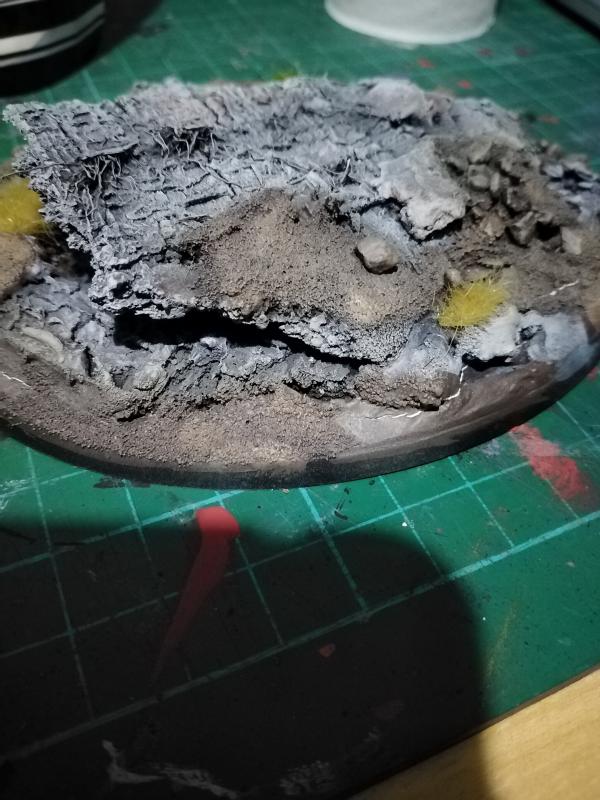 All apart from 2 bases had large cracks and gaps in them, I presume it was because the bark, even though i dried it in the oven was still not 100% dry and as it has dried further over the weeks it just pulled the filler away and left cracks an gaps.🤬

Fustratedly , I put them back in the cupboard so I could sulk for a few days.

When I decided to sort them it got some acrylic caulking from the local shop and set to work just filling in the gaps, some bases i completely removed from the plastic as the gaps were HUGE and then put a layer of caulking around the edges to fill the gaps and glue them back down and they were set aside to dry and cure.

Couple of days later it was time to get them sorted, a layer of black primer went on the caulking first and I just blending the Dryad Bark and Steel legion Drab over the top to make it all seem like 1 and a quick dry bruch of zandri dust, exactly the same as before. I added skulls in various spots and viola.... mistake fixed!! 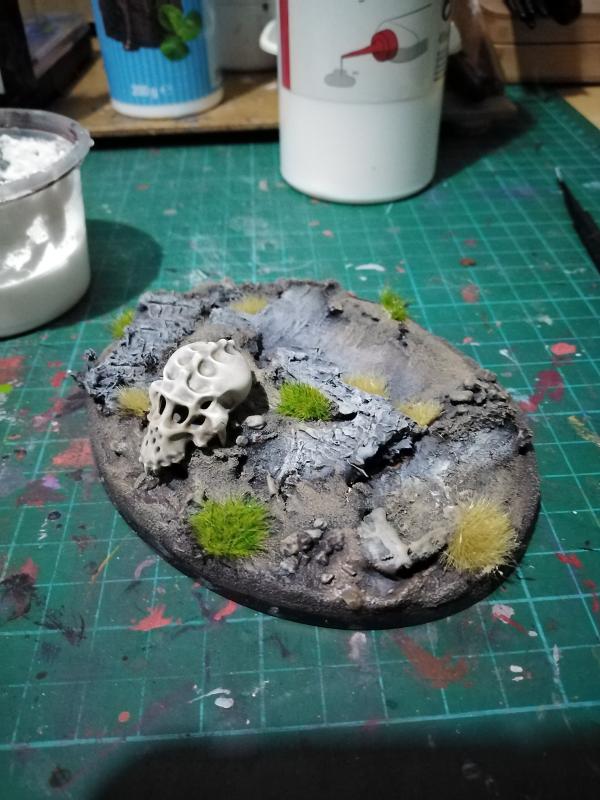 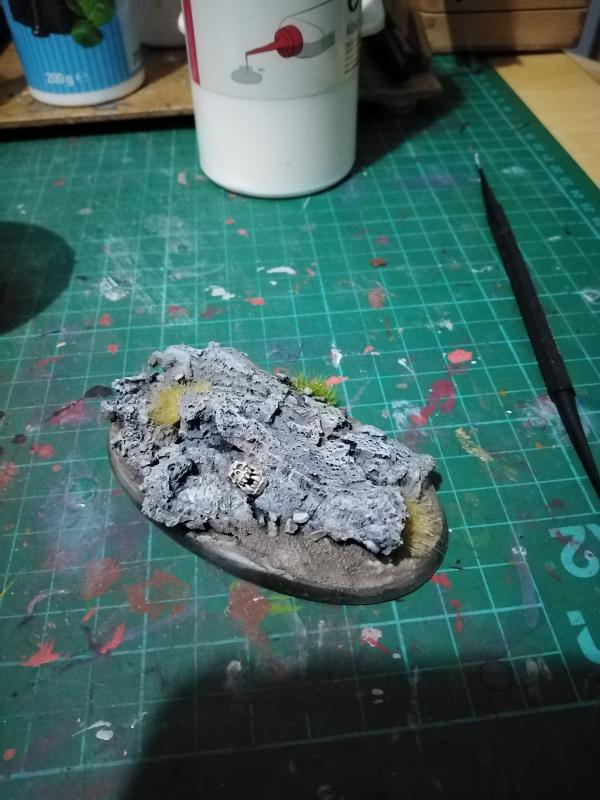 So, now was my first attempt at snow and rather than cleverly testing the mix first on a spare bases or such, I just ploughed on in. I mixed a cheap white acrylic paint, PVA glue, Bicarbonate of soda ( make sure you dont use baking powder) and water into a fairly wet paste. and started to apply it to the bases. I found the trickiest part was trying to make it look natural as I didnt want to just cover all of my previous work with snow. 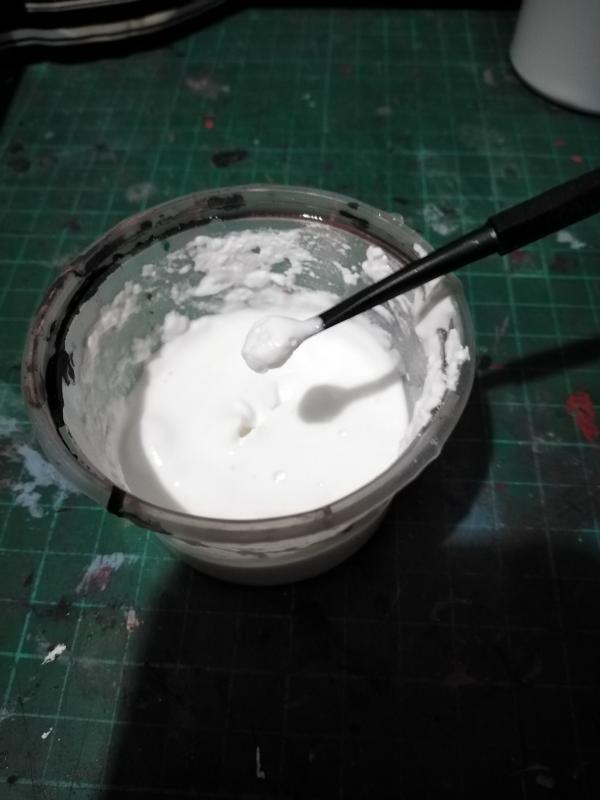 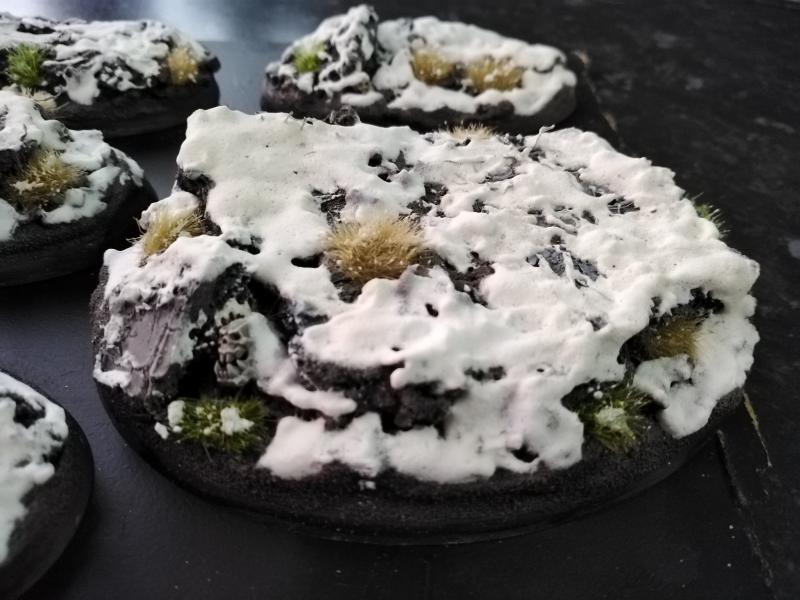 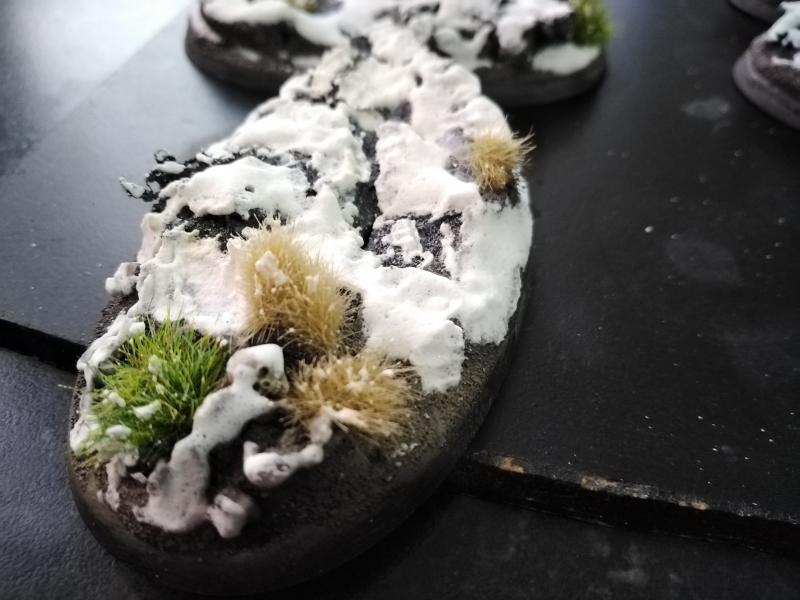 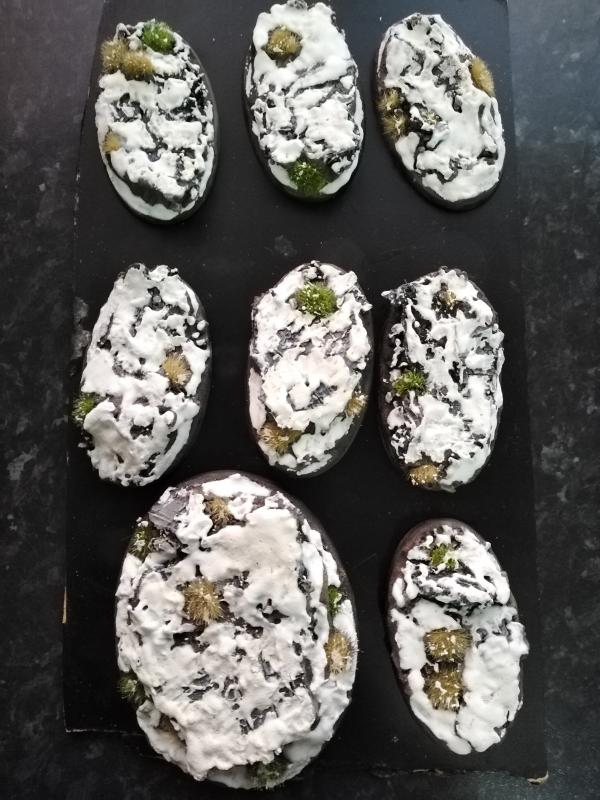 It does look a bit grainy from close up but to be honest, I dont think its too bad of a job.

If anyone thinks they have any improvements I can make, feel free to let me know but in the mean time........

Remember to fully dry your bark!!! 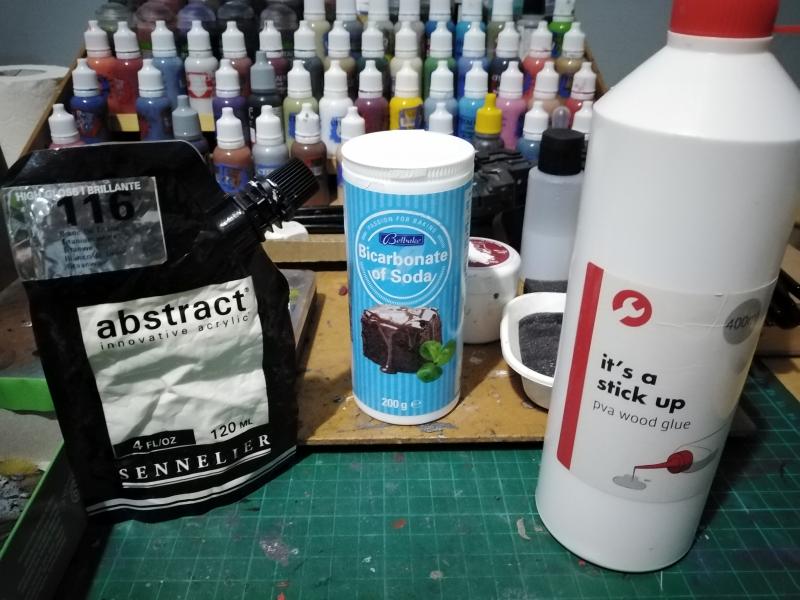