He makes a unit of Fiends -1 to hit with Katakros and puts up Nagash's Protection on Arkhan and starts advancing the majority of his stuff towards the center while keeping 1 unit of 20 toward each side.

On my turn I fail Bridge and he unbinds MMMWP after I RR it to a 7. This really hurts me as it means I won't be able to claim middle on this turn as I won't be in range to clear off the Mortek.. even if I was, without MMMWP it would've been near impossible. I manage to do 7 MW's to the middle Mortek with Cracks Call. Other than that, I Gnawhole 6 Fiends to the right side where they get Deranged Inventor + a Spark from the Skitterleaped General and take 20 Mortek down to 2 remaining while the middle Mortek get taken down to 8 remaining from the middle Windlaunchers. 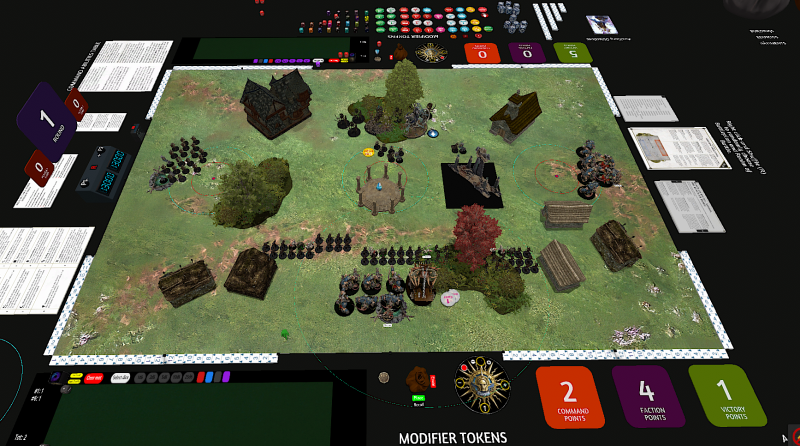 I fail MMMWP on a RR of 5.. so things aren't looking too hot. Without MMMWP, there was no point in the Bridge so I inch everything up a bit more. Both units of Fiends manage to finish off the right and middle Mortek unit.

He gets Arkhan and some Immortis into the right Fiends and middle Clanrats respectively. Fiends lose 1 1/2 models to Arkhan and the Clanrats get blasted down to ~10 remaining, but I manage to keep him from claiming either objective. 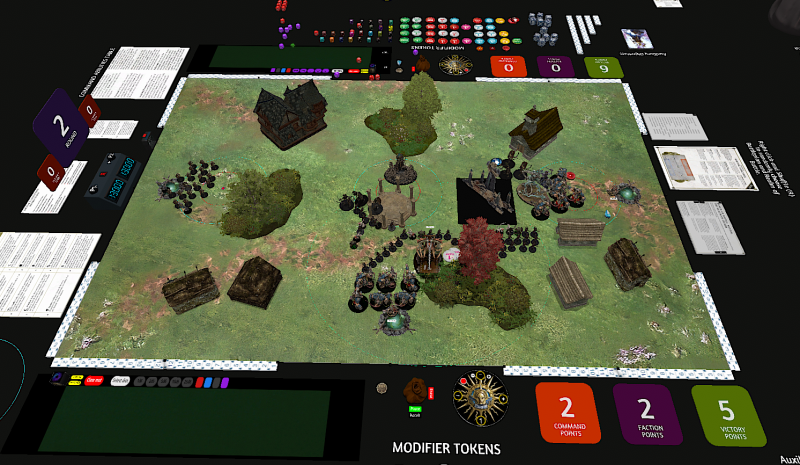 Katakros and the middle Immortis pack finish off a Clanrat unit while Arkhan and the other Immortis kill off all but 1 Fiend on the right.

I get MMMWP on the Fiends and get my general back to the middle. Fiends remove 3 Immortis just barely and both Clanrat units charge to keep everything in place for a potential double turn while allowing me to claim both. 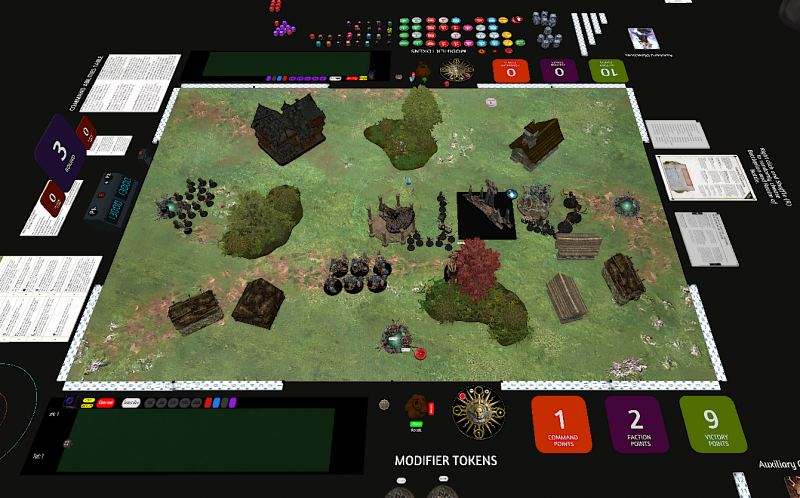 Arkhan and Katakros debuff the hell out of the Fiends to make them RR 6's to hit and be at -1 to hit. He kills off all but 3 Clanrats which secures him 2 objectives.

I get off MMMWP and take Katakros down to ~16 wounds with Cracks Call + Warp-lightning. Shooting takes him down to 9, but man those RR 6's hurt. I rolled 4 of them on the Windlauncher shots which rolled back into 2 misses.. I ran out of Sparks at this point so they weren't getting any additional damage. At this point I knew I likely had lost the game so I charged in the Fiends... and they actually killed Katakros by 1 wound, surprisingly. 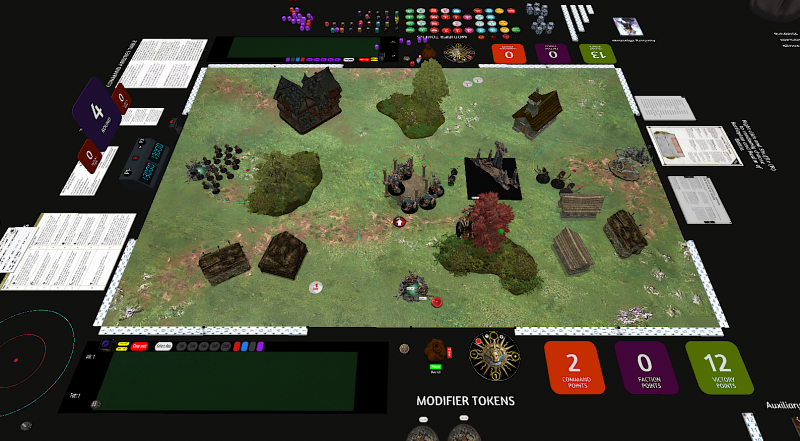 We roll off again and he wins it, so I concede as I have no-way to catch up on points since the primary moved to the left side. So long as his left unit or Mortek remained over there he would've taken a big lead and I wouldn't have been able to reach them with the Fiends.

Overall Thoughts I love this list, but yeah you definitely feel it when things don't go your way... but I mean, that's the case with any list built around Skryre shooting (unless it's 24 Jezzails 😉). This wasn't so much as case as Arkhan unbinding anything as it was the fact that I just couldn't roll 7+ on 2d6 to save my life. I think had I been able to get out that Bridge and MMMWP then it would have been a different story. I could've spent that turn killing the middle Mortek and the double turn with taking out the Immortis while Clanrats held up Arkhan and Katakros or zoned out objectives. Had I got the priority going into T3 I could've made a comeback, but unfortunately that didn't happen and I lost the rest of the priorities. Ah well.

Will be testing this out a bit more as well as the Grinder list some more throughout the rest of the week.. maybe a Tzeentch game as well for those interested. Thanks for reading.