I was going to work on corsairs next, but got distracted by my old bolt throwers.

These are the old metal versions. I built them about a decade ago, with the brilliant idea of putting in spaces for the crew to sit on the base. 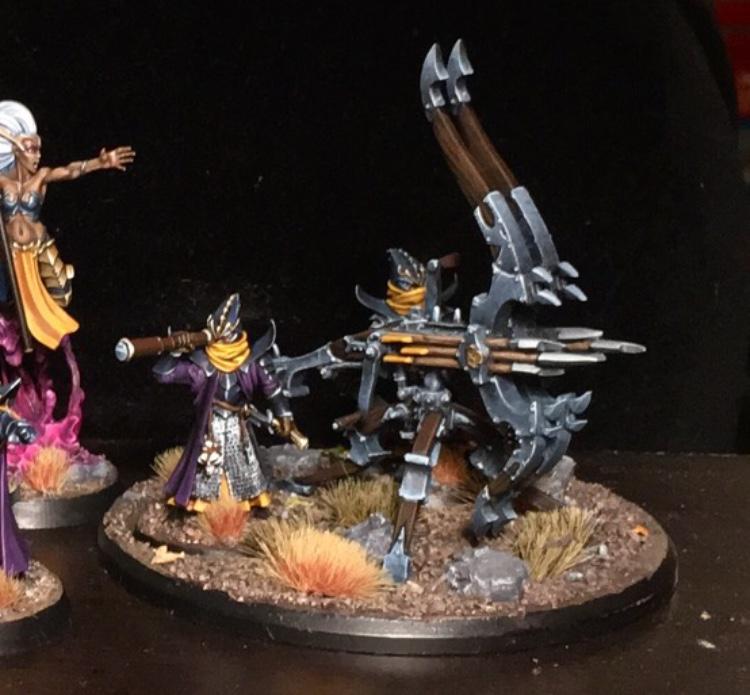 Of course, the rules for DE bolt throwers in AoS were lacklustre at best, so I only used them once or twice.

Now, with Cities of Sigmar, I realized I could run them as Sigmarine Celestar Ballistae, and have decent rules with great old school models that keep my CoS army completely dark-elfanized.

I needed to rebase them first, and I also wanted to replace the bolt heads to something a little sleeker and more consistent. I have some Wild Rider javelins that fit the bill perfectly, though I had to pick up a second box to get six for each of two throwers, plus spares for the crew to hoist around.

I do love this hobby

Especially all the plastic, which is so easy to work with. I had to remove the metal spears, and that took a whole night in itself; gave me flashbacks to doing conversions 20 years ago, when everything was metal! 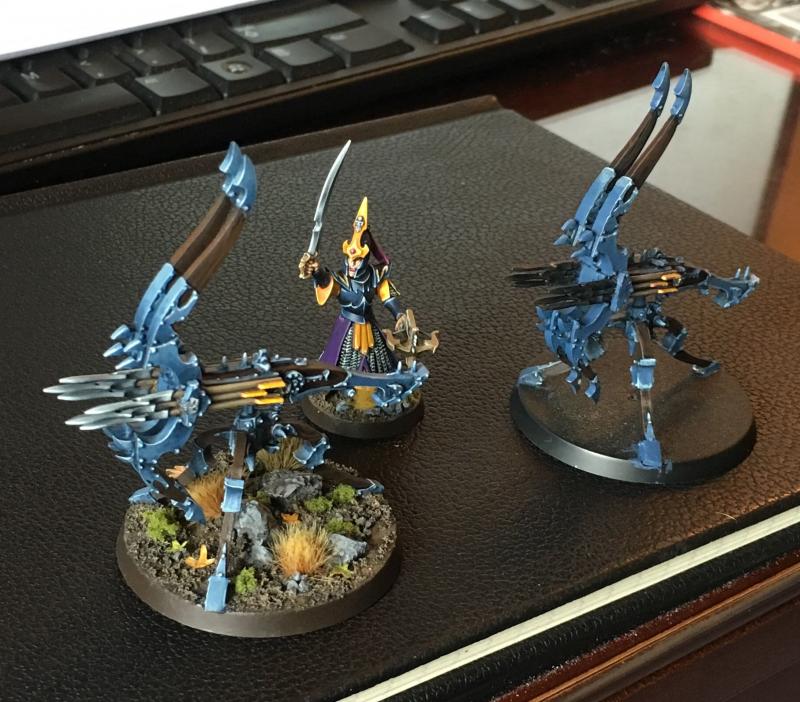