It’s been a while since I’ve posted on here but a recent thread got me thinking of my unfinished projects.

I based a bunch of my treekin I had soaking some December when I got them as a gift for Christmas.  A cheap 20 us and 5 months and I gave a cool unit.  I plan on getting the treelord from that generation as well.  If I was to play I would hope my opponent wouldn’t care if I allied them in. Summon a lifeswarm next to them and they could do their job.  My next aspersions are to get 3 sets of wyldwoods to decorate.

On my productive side I have begun a 40k army as I like the direction they are going by moving the story along.  I hope you guys don’t mind but here are my Ynnari war band. It started by chance of two sets of scourges and a headless Farseer and a few dire avengers with a metal harlequin lead me to pursue the project as a way to collect models from all kinds of factions and editions all the way back.  After I finish touching up the last few wyches and such I am going to do a batch of old  dire avengers that would be a fun destraction.

I have a set of Thundewolf Cavalry as well as Necron Warriors I intend to paint for fun.  I have a set of clanrats and bloodletters I might build and paint.  I have a considerable Tzeentch army I expanded on and sold but was returned that I have been sitting on the fence about keeping and I am at the point that I am going to keep it and paint it to be something worthy of my tribute to my first true army. 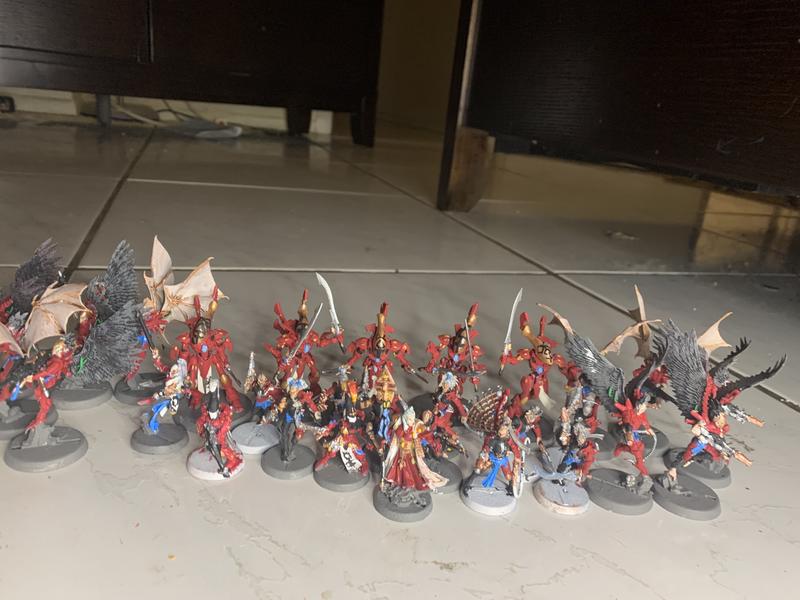 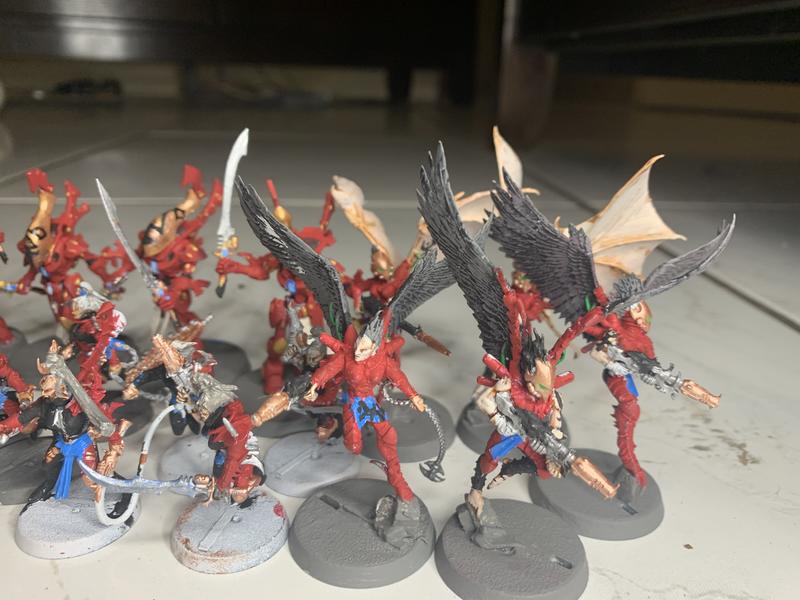 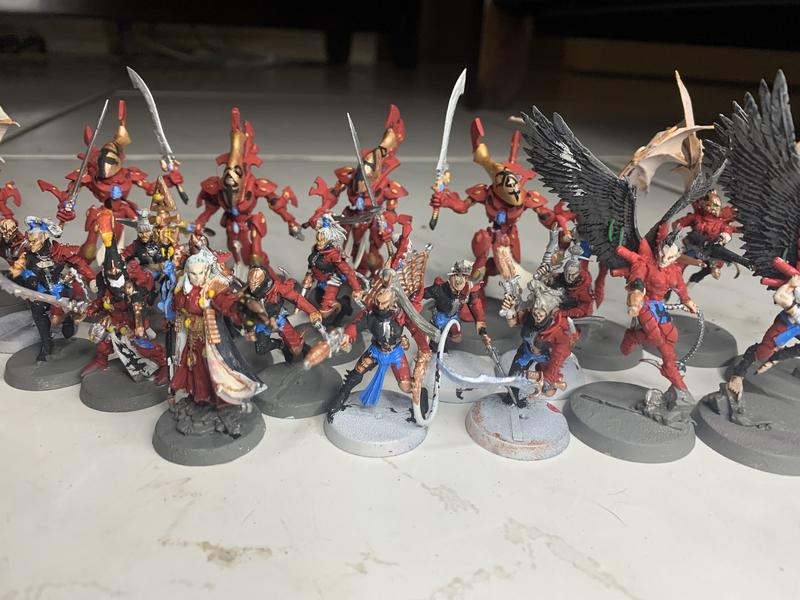 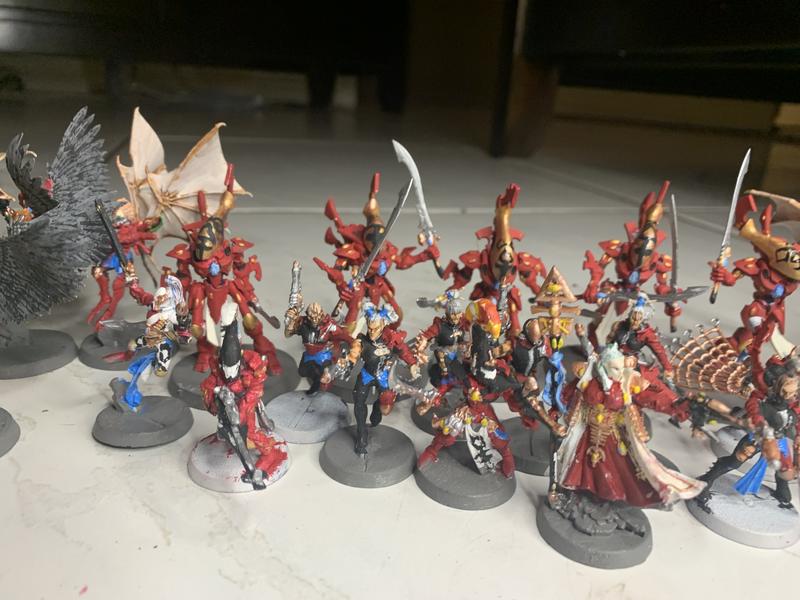 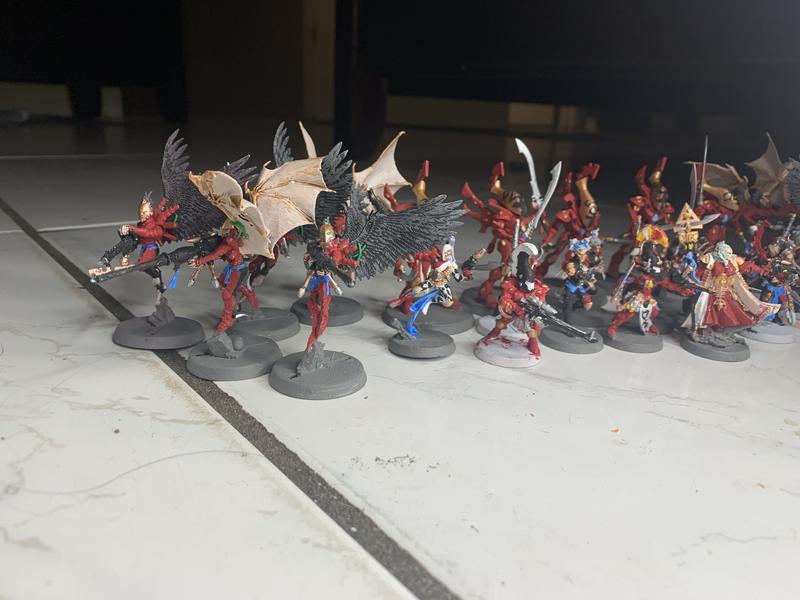