"With a gesture, my wailing attendants dissipate, revealing a slew of previously unheard sounds: the scrape of leather on stone, the flutter of robes caught in the wind and a quiet scratching, which could as readily belong to claws scrabbling at rock or the dutiful drag of nibs across parchment. Their aroma betrays them; turning from the bruised skyline, I watch while the brotherhood assembles around me, crawling like the great bats of the Blood Wastes into the tower’s belfry..." Dark Awakening, Ch. 1

Blood Knights don’t immediately marry with the Necrarch theme but they’re a mainstay Soulblight unit, so a little conversion work was in order to breathe (un)life into these classic Vampire Counts (and a stray Tomb Kings) sculpts.

For my first Sunday Spotlight, here’s a group shot of the Acolytes Five. Gifted the Soulblight Curse by a son of the Ancient One, even these lowly get are but extensions of his implacable will. Be it battle, reconnaissance, sermon or ritual, they enact his commandments unfailingly, for he is all things to them: Master, Teacher, High Priest, Father, and who are they to disappoint him, after all he has done for them, after all he promises to do?

Keep your eyes peeled (!) for individual spotlights over the coming weeks. 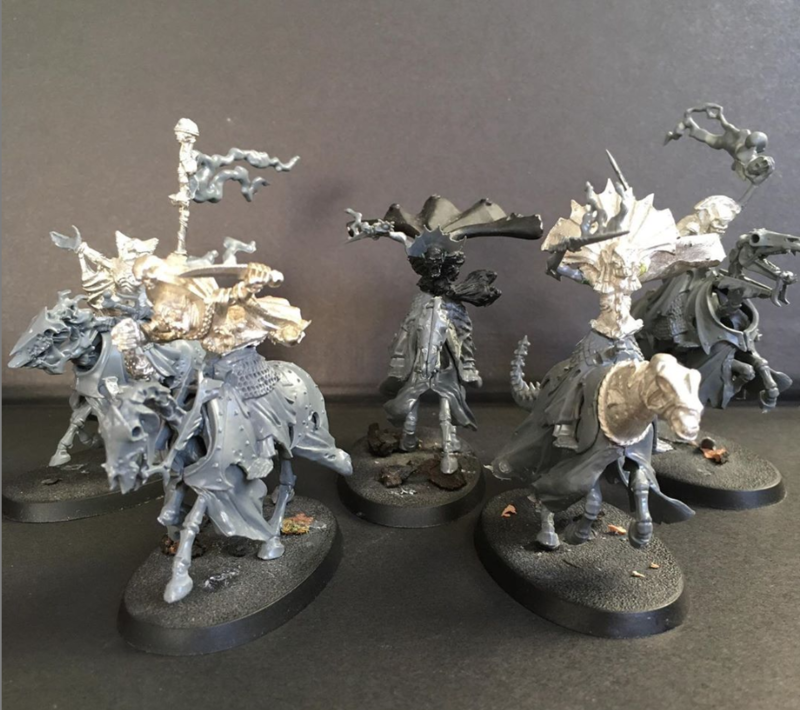