In order to maintain pace for 400 painted models, I'll have to paint one model per day, plus an additional every 10 days.

As everyone knows (Or if you are new to Age of Sigmar or wargaming as a hobby, welcome, but you may not know) that opening with a new box to clip out, remove mold lines and connections to the sprue, glue, prime, paint, and then base a single model from the box is a bit of a waste of time. So in all likelihood through doing this, I won't be finishing one model every day, but may be getting a step or two done on a few figures instead.

I'm also counting figures as each individual one on a base. So a single Brimstone Horror counts the same 1 Model as a Tzaangor Skyfire is 1 Model, or a Lord of Change is 1 Model. Ideally, the goal is to spread this out beyond between 10 man units, a set of 3-5 mounted models, and the occasional behemoth (Although I will be happy to admit that for the longest time, I actively avoided adding behemoths to armies).

I'm not against sharing how I built the models. It's done primarily with Contrast Paints and while the first 3 steps share with how WarhammerTV does theirs, I do a few additional things that, in my humble opinion, make it better than the box art: 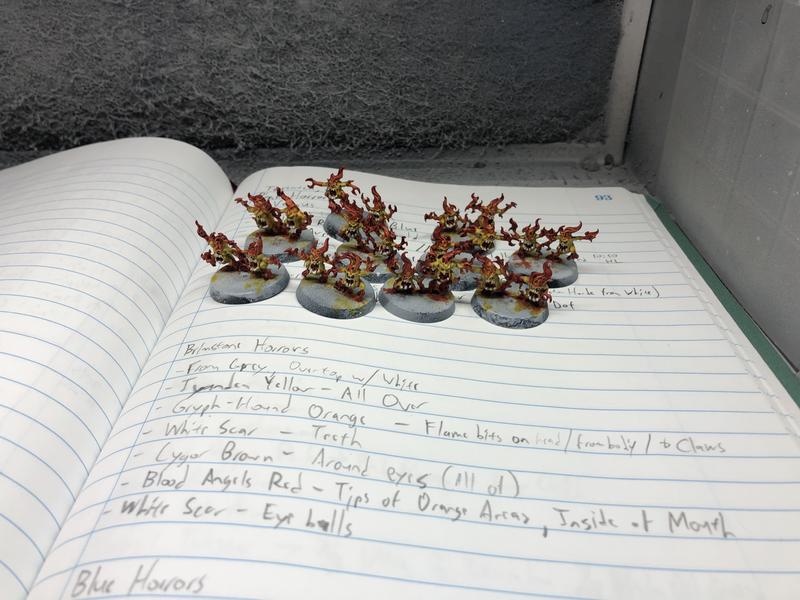 It's a good practice to keep a notebook with your paint schemes in it, in case you have to reference it again to add more models to a previous unit and you want them to all be coherent. 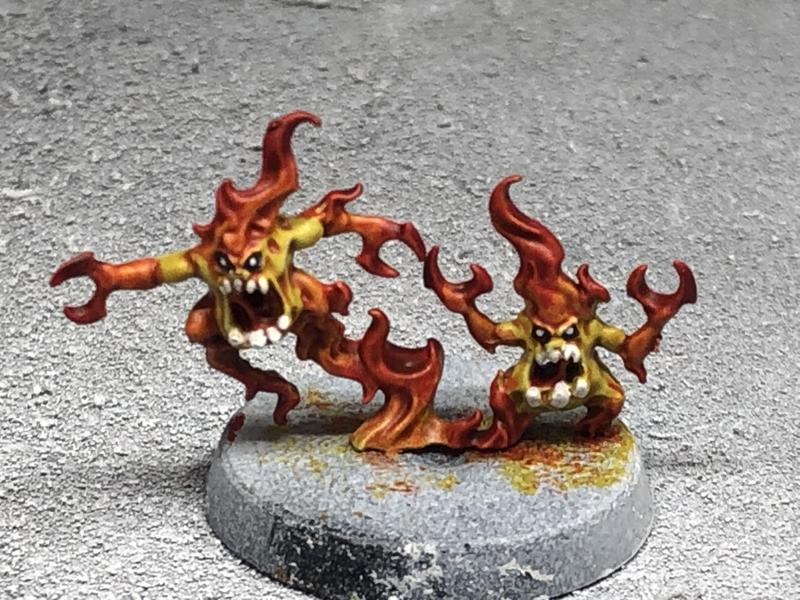 A few other things I guess I should mention before I sign off for this Blog Entry.

First, I started Tzeentch at the start of December for my local GW's AoS Escalation. We are a new store and started at 150 points for the first two weeks, then went to 300 and are currently at 450. Our store is one of the newer ones, as it opened in September. We have an influx of people new to the game, a huge boon to my own gaming habits, as our FLGS had maybe one other person who actively played AoS, but we were never there at the same time to get games in,  or one of us were tied up playing 40K. I believe we are restarting at 250 this weekend.

I fell into Tzeentch by meeting the newer people when they came in and as someone who collects every army (70K points of models strong), I migrated into an army that no one got into (I think only Skaven, Beasts, Fyreslayers, and Daughters are the only other forces not selected).

Here's what I have painted since the start of December: 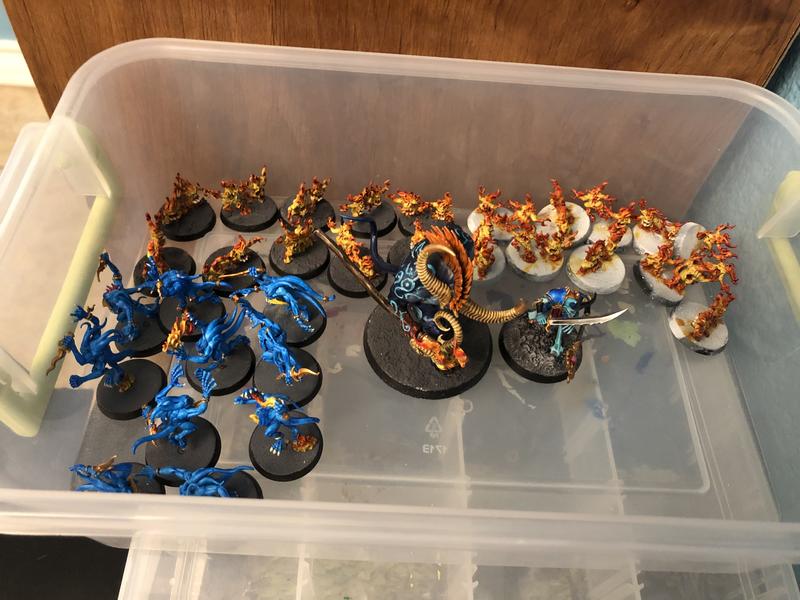 Here's what is primed and ready for paint: 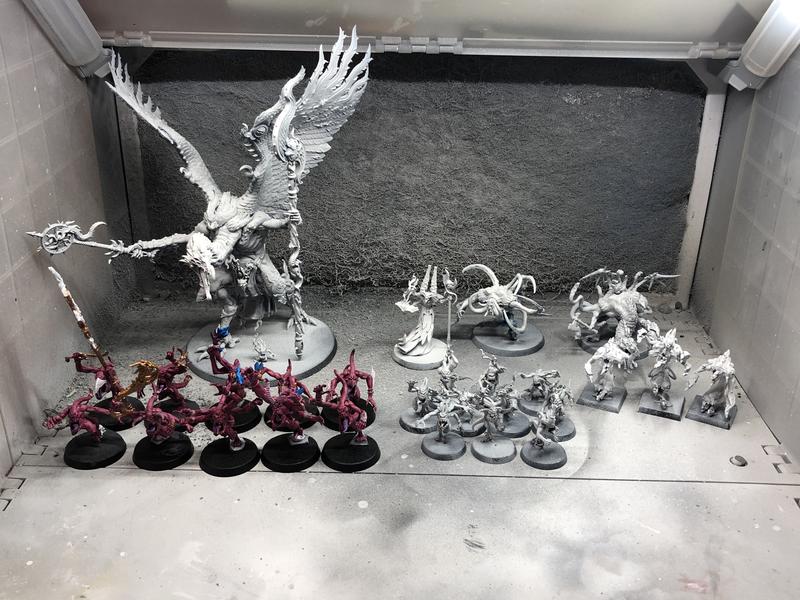 And finally, all the other Tzeentch things that haven't been primed or painted (at least until I get my hands on Aether War): 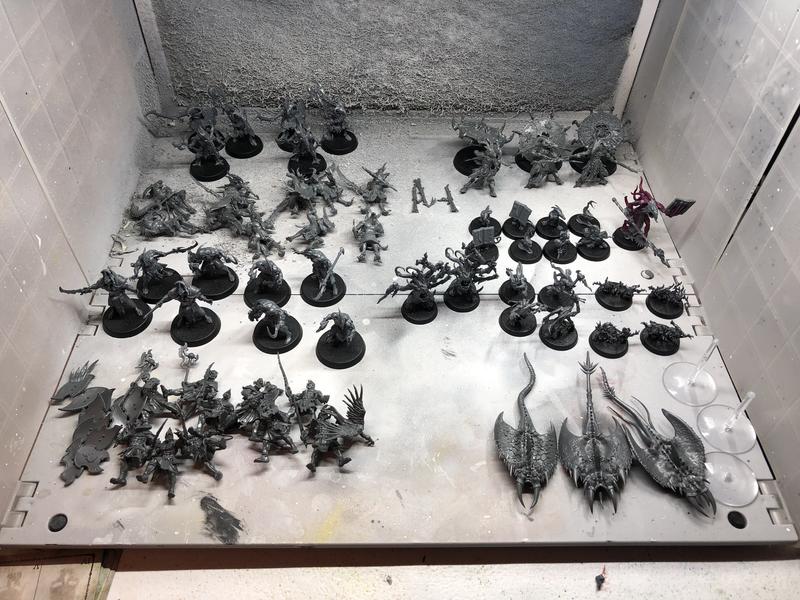 I this is a long rambling post about what I'm going to be up to in the future, but I'm committing myself to doing a plog/blog.